As my last club game before the summer break (I am working again next Saturday), we did a 'Return to Thirlwall Castle' game.

The Nevilles, having been driven from Thirlwall castle First battle of Thirlwall Castle in the last game, decided to try to seize the small but vital bastion to further their ends in Tynedale.
To that end they had been in contact with Sir Percival Thirlwall trying to make him cast aside his Lancastrian allegiance and side with the Nevilles.
No one is quite sure if this subterfuge has worked. The Nevilles have sent soldiers to force the issue.
The Percies and De Laceys have gathered a scratch force to face them. 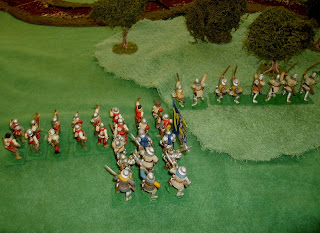 Their left was similar, but had a large group of Handgonners. 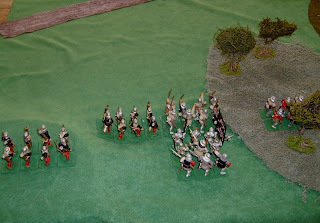 Facing these, on the Percy right, De Lacy had placed his men in depth. 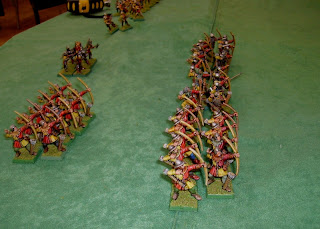 The Percies on De Lacy's left were purely Longbowmen supported by Knights. 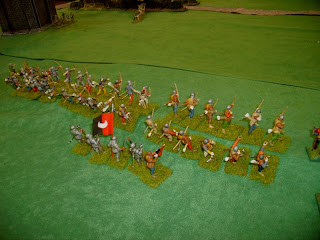 On the Percy left stood Thirlwall castle, its garrison giving no sign as to which side, if any, they supported. 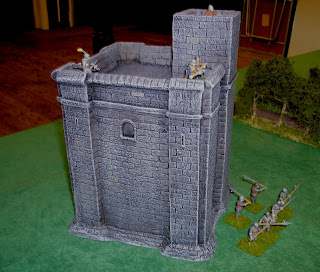 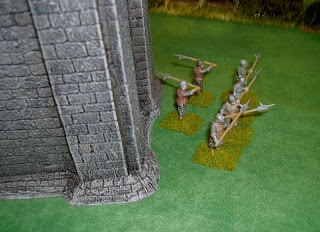 The Percies advanced warily, watching them on their lines left. 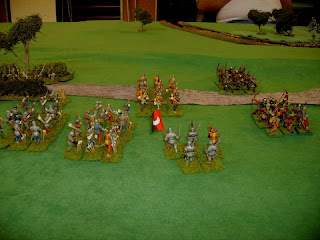 The Neville right advanced a unit of archers through a wood.

Their left advanced slowly toward a House and bridge to their front. 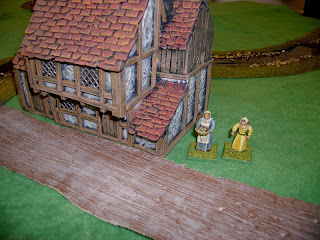 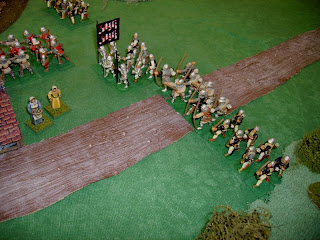 The De Lacey's were waiting.. 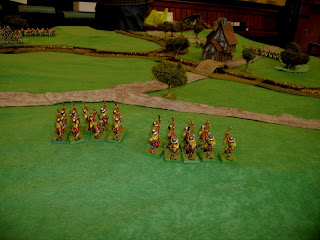 The Castle garrison advanced - but where were they going, and what were they doing? 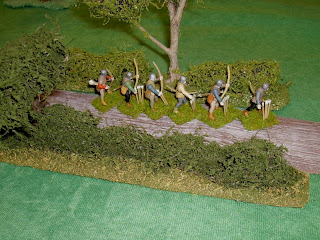 A group of De Lacey crossbowmen went over to check them out! 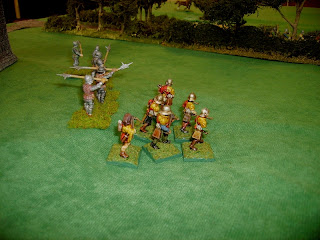 ..Then shot at long range at some archers on the Neville left who had been bouncing arrows off the advancing De Lacy Knights!..the crossbowmens shooting was impressive! 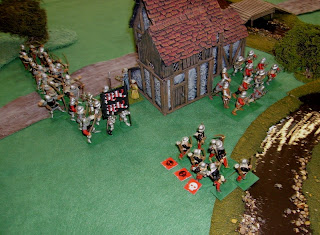 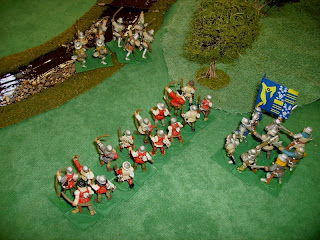 But what was Edmund Blackadder doing with that horse from the castle? 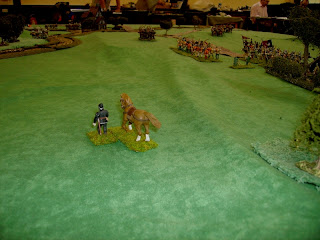 The Percy archers, ignoring Blackadder, shot at the Neville right. 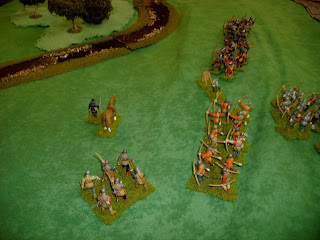 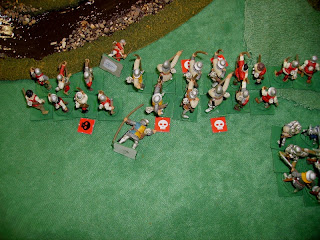 Neville archers from all over the battlefield replied.. 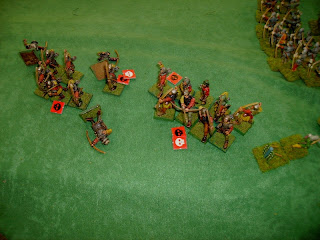 The casualties on both sides were heavy. 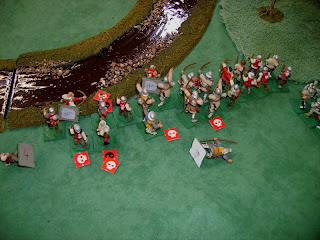 Some Neville archers tried to turn the Percy right, but came under heavy shooting from some unengaged Percy archers. 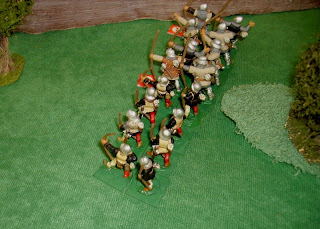 In the centre the battle continued!-but the outnumbered Nevilles began to lose more men. The garrisons archers were even supporting the Percies by now!! 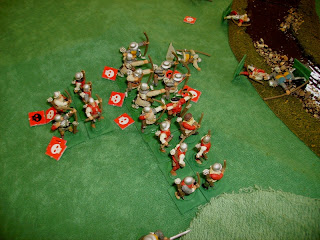 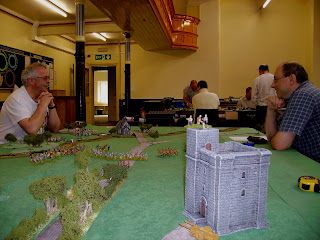 The Percies and De Lacys had achieved shooting superiority. Seeing the balance of casualties turn against him, the Neville commander grudgingly left the field to the house of Lancaster!

Kieron was given a random task from a dozen possible ones. He picked 2 chits from a box and chose 1 task to do.

He actually drew 'Act as player wishes' but had discarded 'Escort blackadder to the inn'. As it was, he actually tried to do both tasks!!

There is hope for our young teenagers after all!


The Neville right consisted of armoured archers and Men-at-arms.
Posted by Herkybird at 20:37