Hi everyone!
Sorry I haven't posted for a few weeks!

(We actually did a game a couple of weeks ago, but I am still waiting for Phil's write up of the game.
Trust me, it will be worth waiting for!)

Today we had another game of 'Beneath the Lily Banners', again using Ian's figures, together with Phil's Turks. This time we wanted to see how 'Tribal Cavalry' worked, and 'Elite bullet horse'.

Ian used a scenario from the 7 years war in India, where an East India company force was trying to break a Mahratta siege.
We had an Austrian force against some Danish and Turkish troops!

Phil deployed his tribal cavalry and 2 battalions of drilled infantry behind some enclosures. 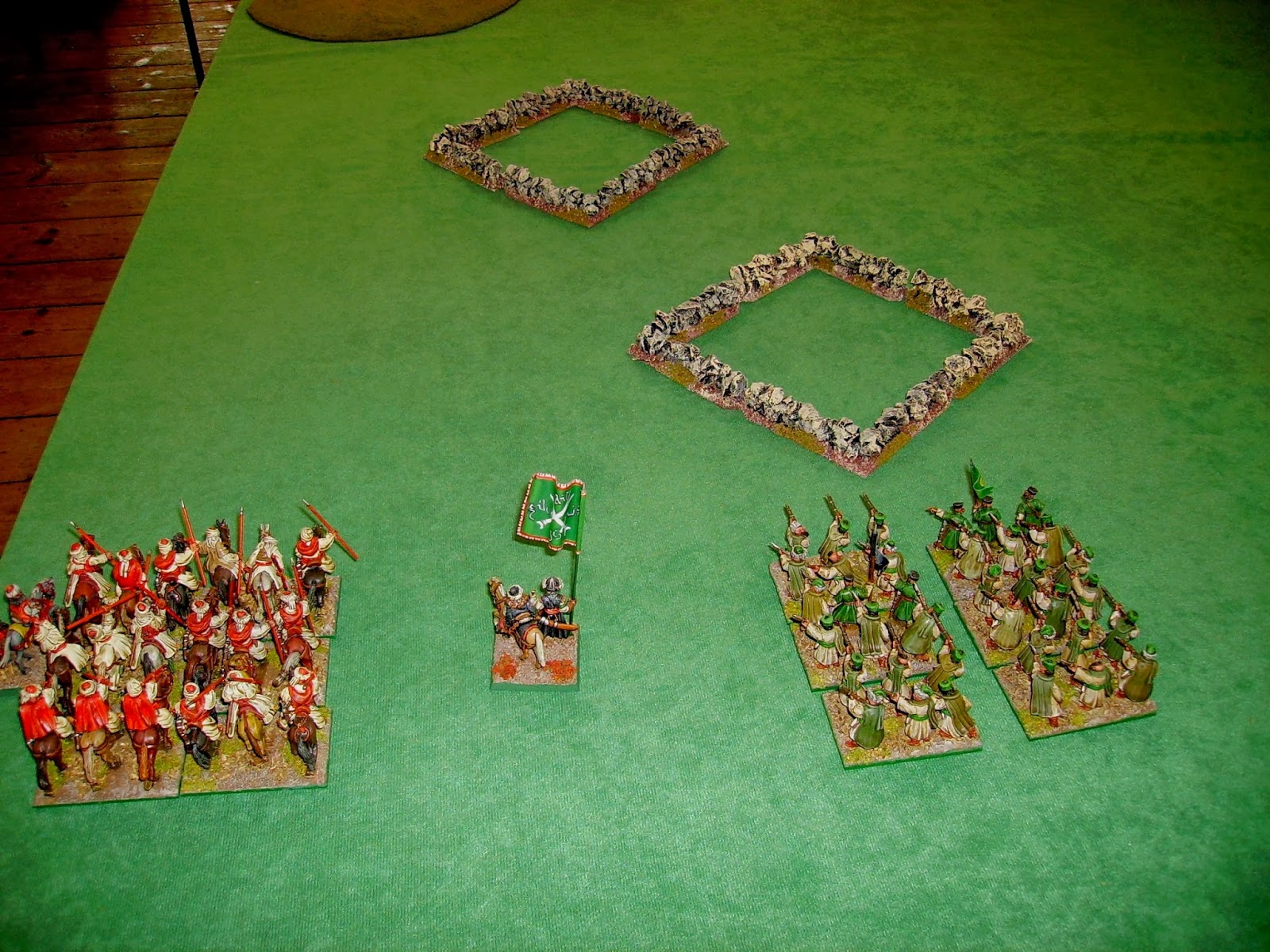 A third battalion and a light gun manned another makeshift 'redoubt'. 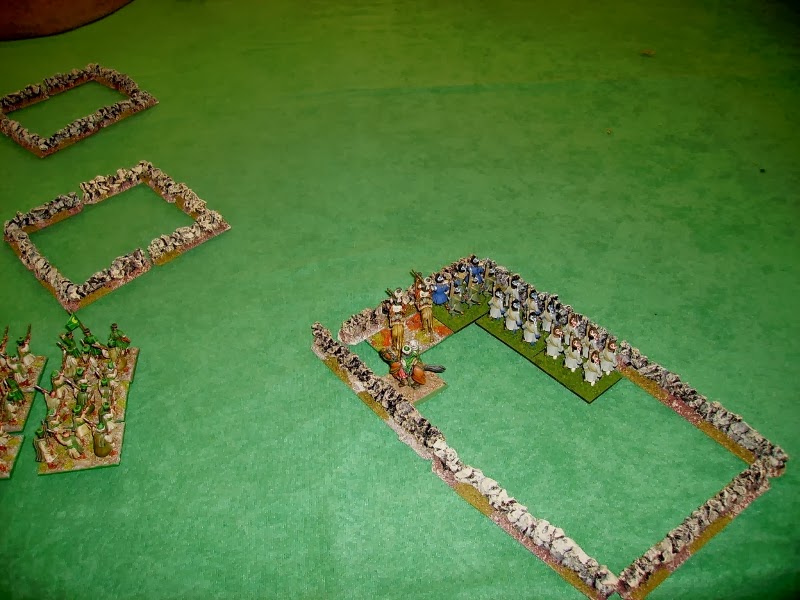 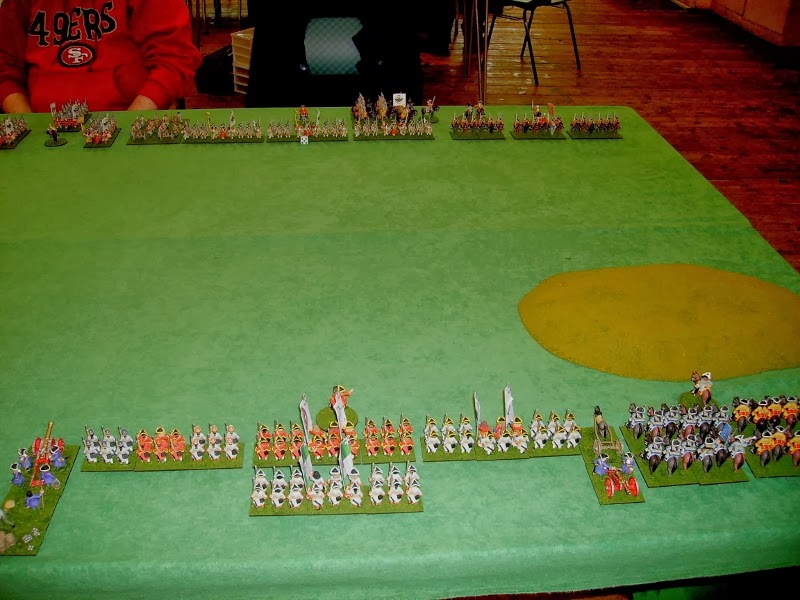 Facing me were 6 squadrons of Austrian Kuirassiers, 2 drilled and 1 elite battalions, and 2 field guns, under Ian's command. 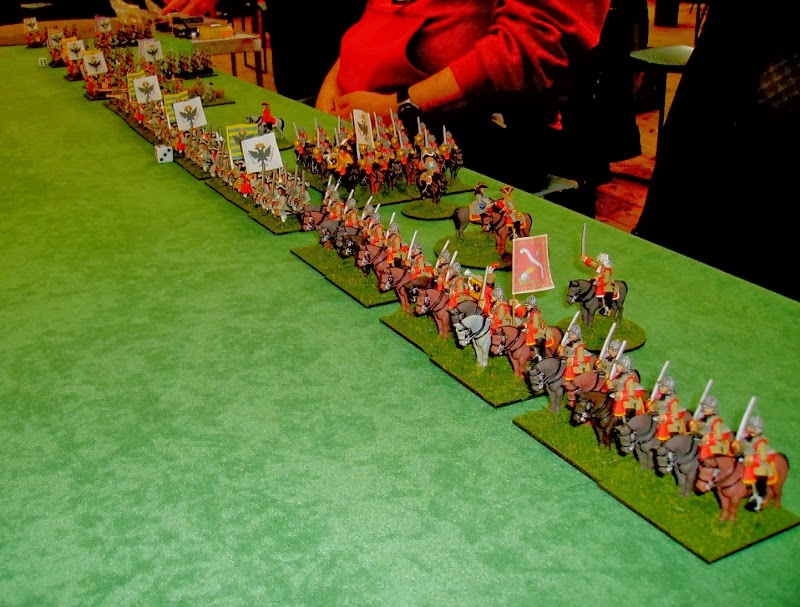 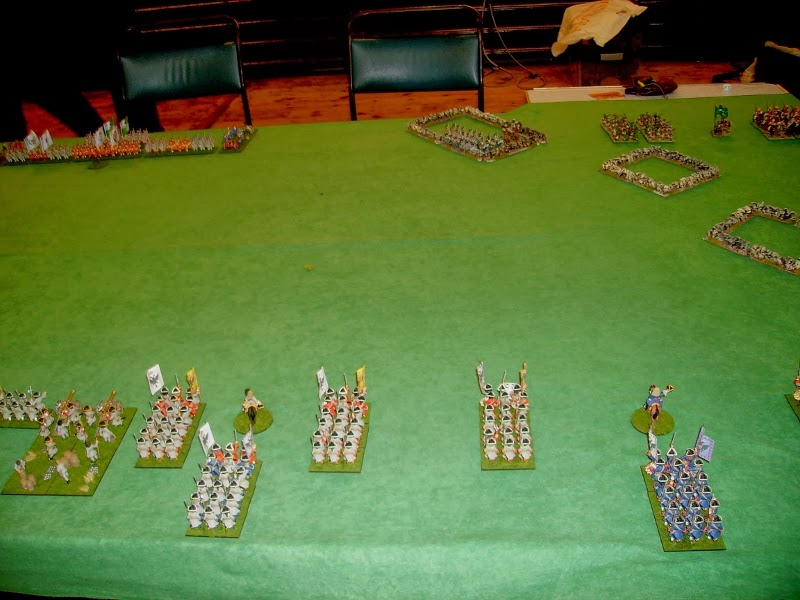 The battle began with Lawrence advancing his battalions in column. 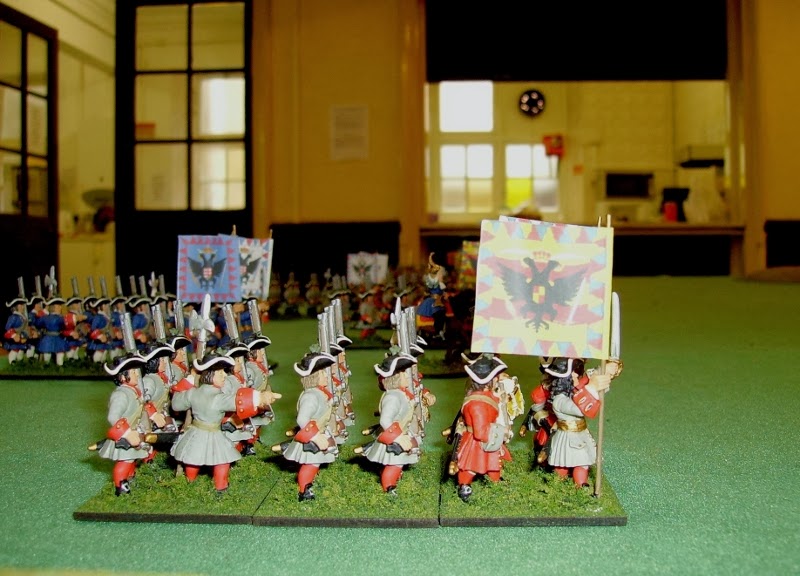 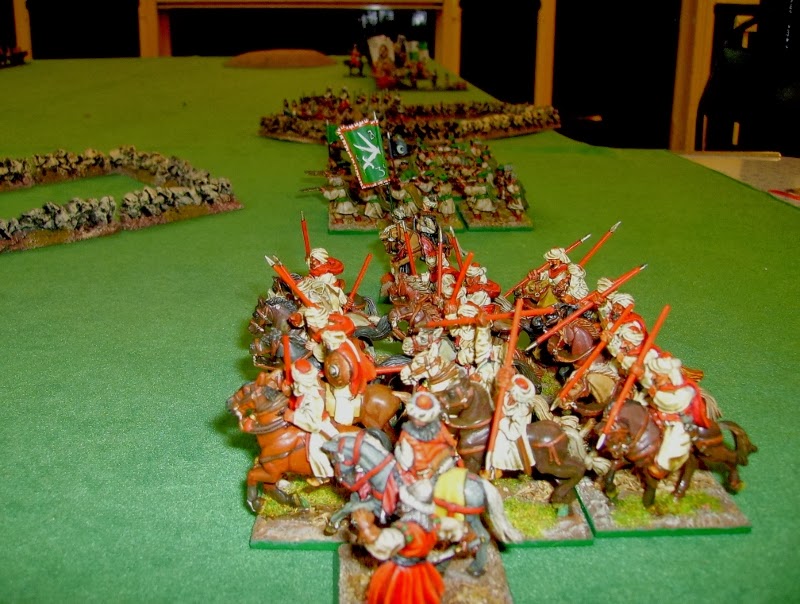 My field gun started by shooting one of Ian's battalions, which became shaken. 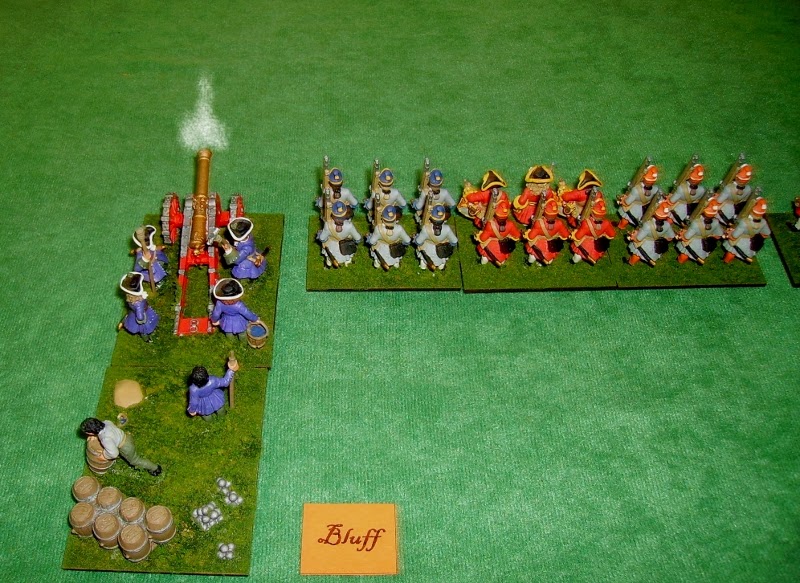 My horse clambered up the hill to counter the heavier Austrian Kuirassiers. 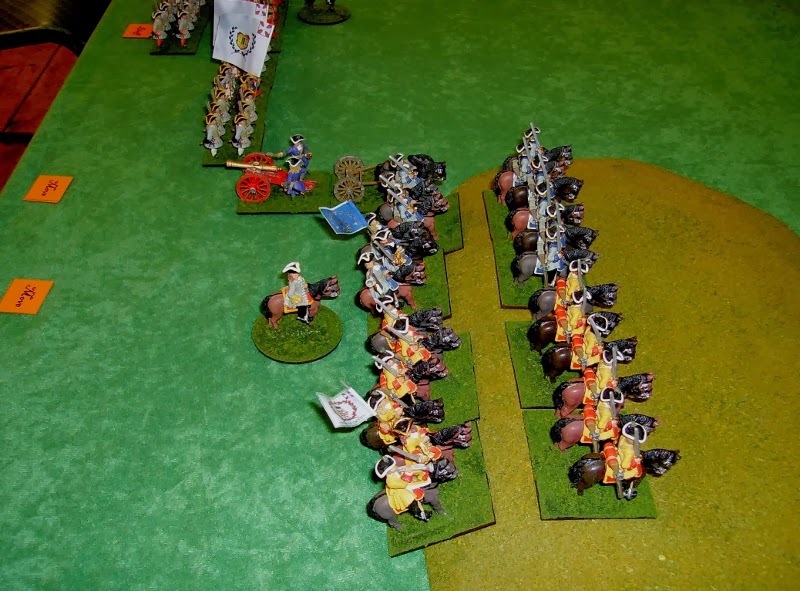 I need not have worried, they seemed happy just to stand and glower! 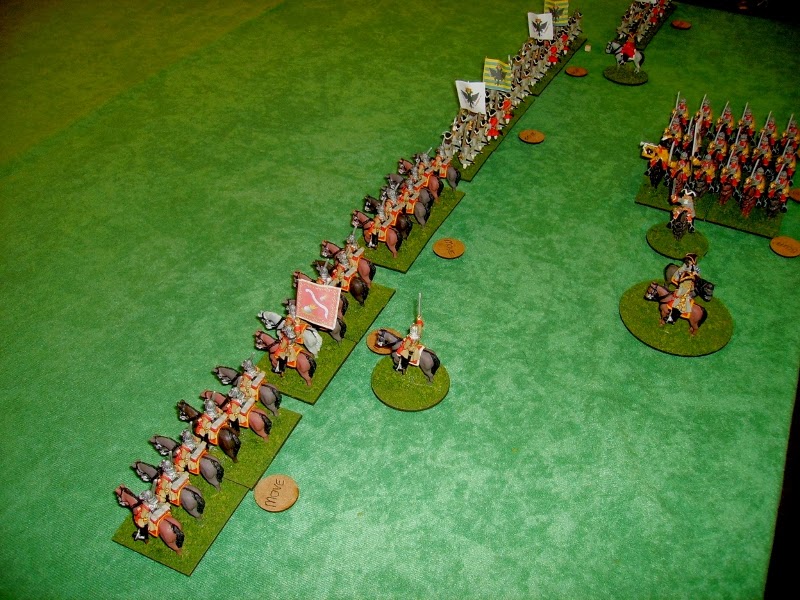 Lawrence commited most of his attack to overwhelm Phil's men . 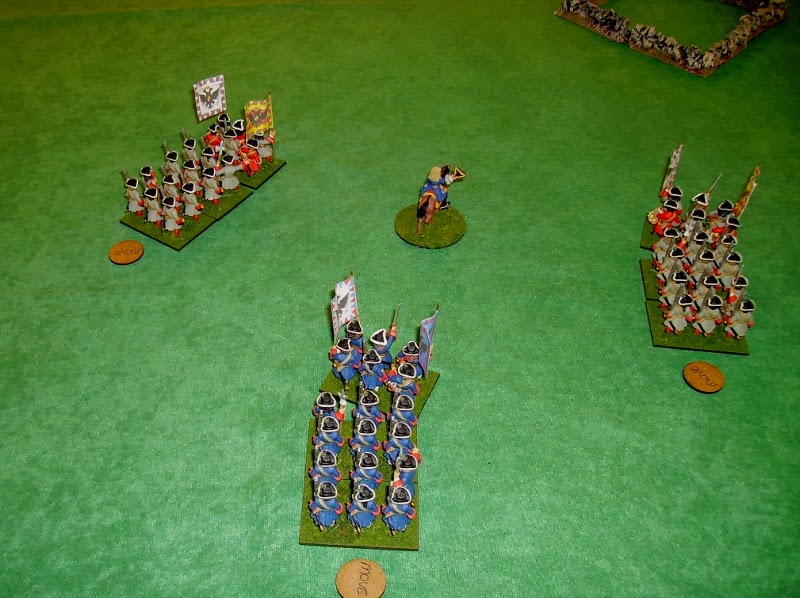 These were clambering into their makeshift defences. 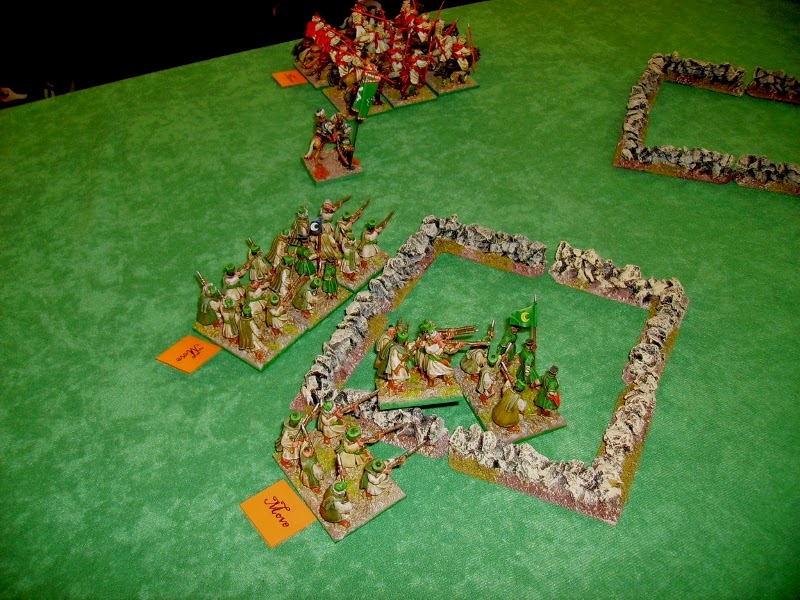 Ian, having discovered his guns were out of range, limbered them up to advance. 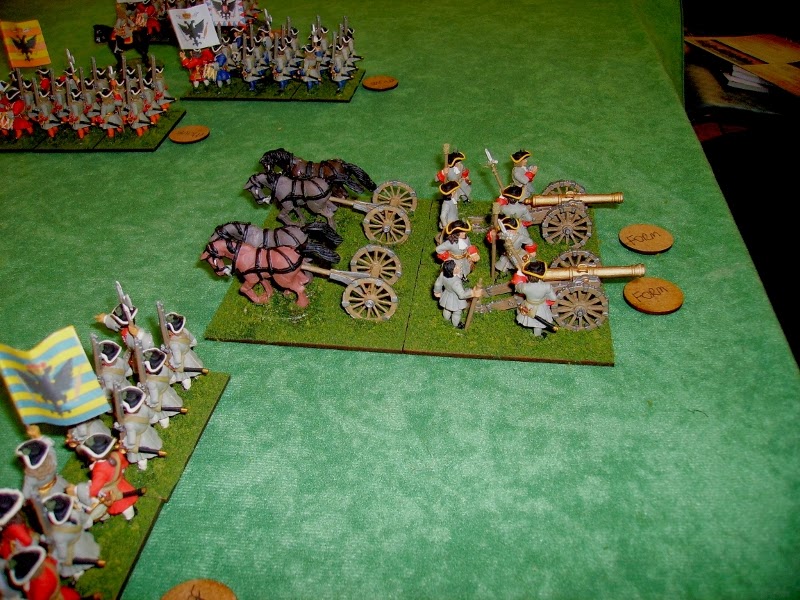 An overview at this stage 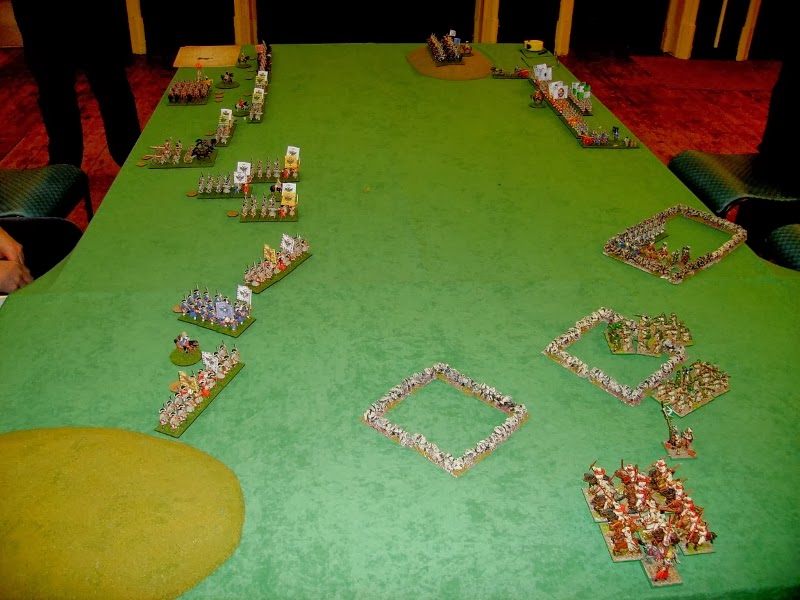 My gun was continuing its execution, forcing a raw battalion of Lawrences left into retreat. 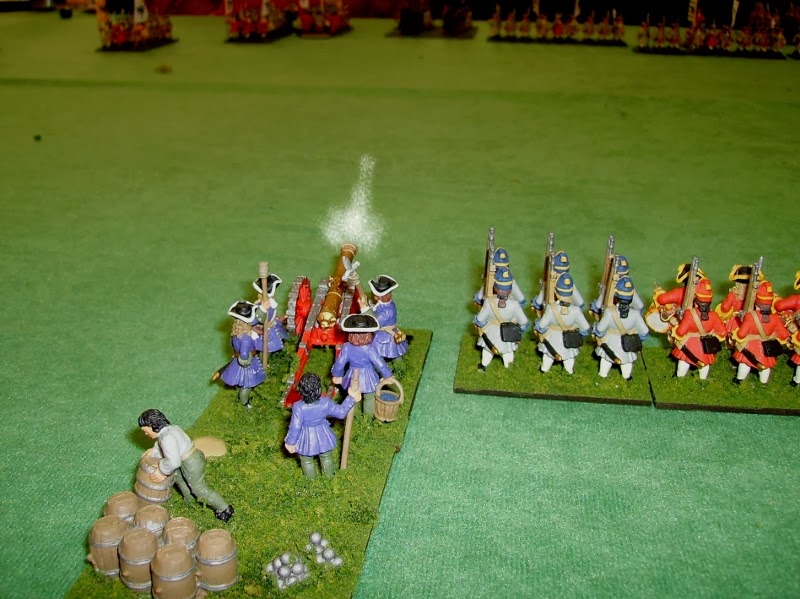 Lawrence (unlike in the last game!) managed to form a good line of attack. 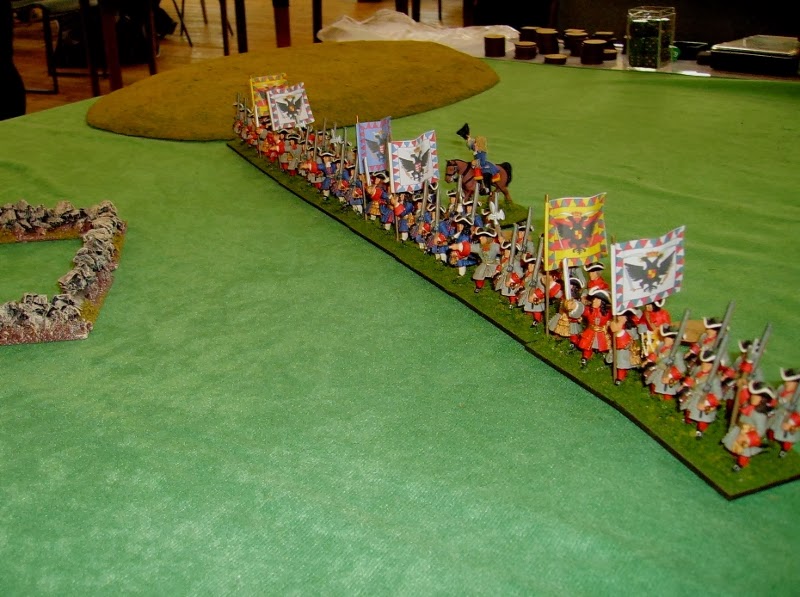 The Turks had no choice but to retreat in front of them. 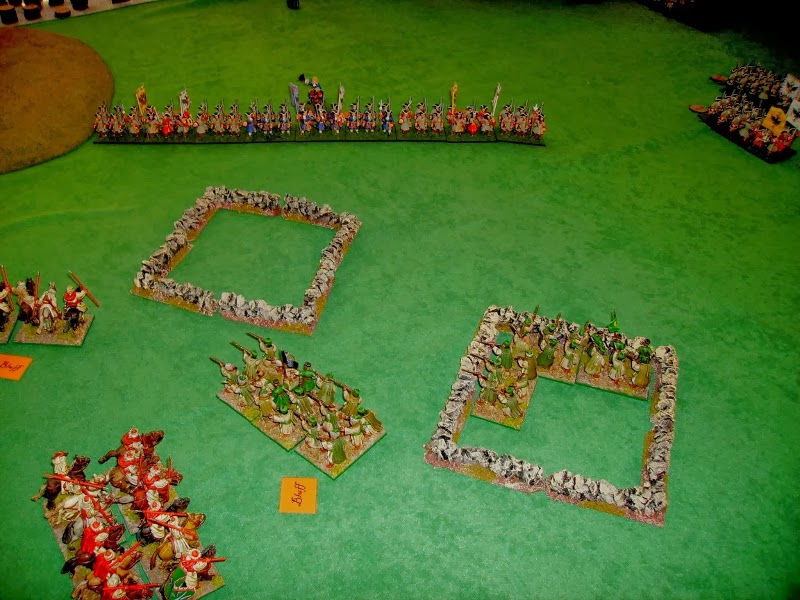 My artillery failed to hit 2 more battalions who moved against Phil's right. 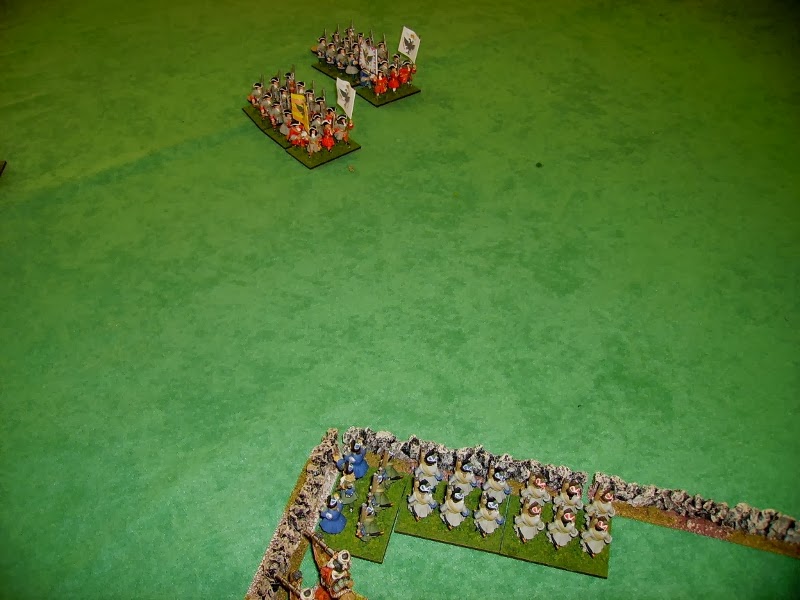 One of Lawrence's brigadiers managed to rally the retreating raw battalion to its duty. 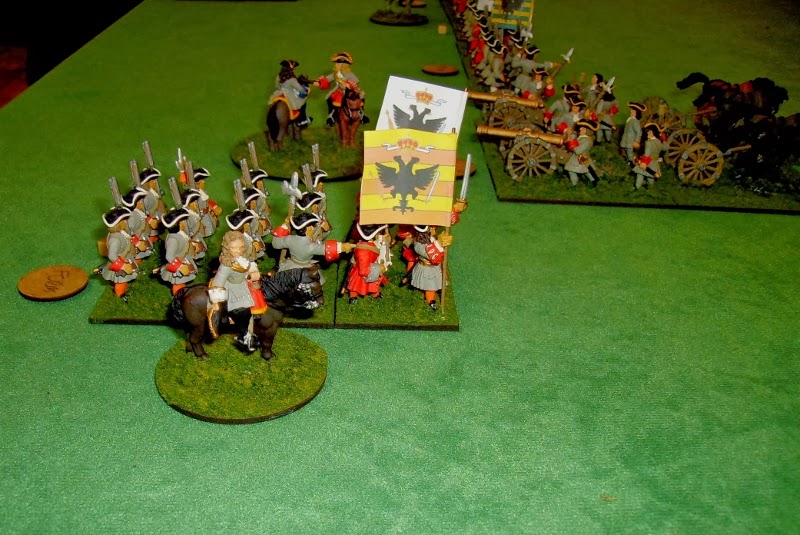 The last action of the day occurred when a Turkish battalion fired almost ineffectively at the advancing Austrian line. The Austrians withheld their fire to shoot at short range, so the Turks retreated. 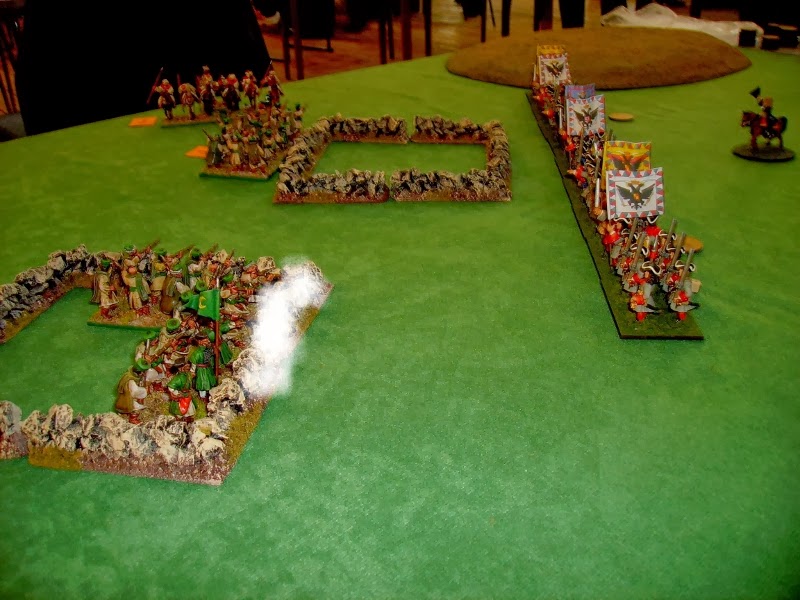 Ian and I, having sacrificed our movement points to support Phil and Lawrence, had stayed at long range, neither having the strength to easily defeat the other.
The battle was decided on the other flank.

In retrospect, I feel the forces were rather balanced in favour of the Austrians, though this may have been more due to our deployment areas being pre-determined by the scenario rather than a massive disparity in force sizes!
However,  we managed to learn a few more things about the rules, which was our real purpose in playing!

Posted by Herkybird at 21:37 No comments: