Today, with Lawrence and Mick in Merseyside for the Phalanx 2022 show, it was left for Phil and me to sort out a game for ourselves, Phil opted for X-Wing, which we have not played for a Looong time!

He asked to use something not seen on table before, so I got out and opened my Naboo N1 starfighters, and faced them off with some Vulture droids. ( These were run by my solo rules )

Phil and I had 2 N1's each, Phil had Anakin (spinning is a good trick) Skywalker. 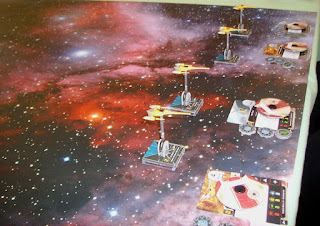 Our opponents, appropriately enough run by my AI rules. 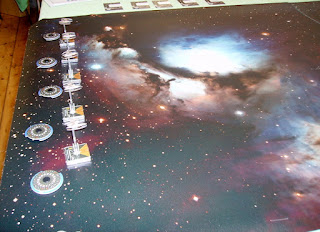 Both sides approached at high speed! 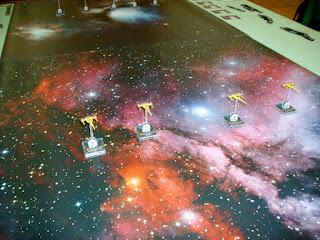 The first round of firing was largely ineffectual. 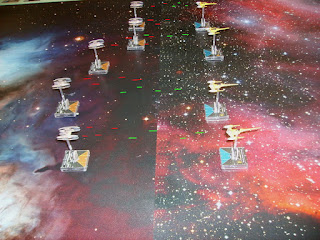 We managed to Koiogran turn, but my wingman managed to end up in front of the Vulture droid he was meant to be behind! 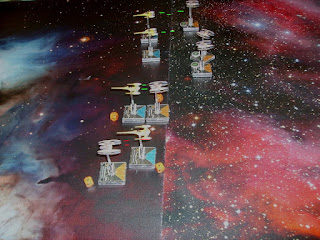 Another move and turn got 3 of our Nobooeans focus our fire on a Vulture droid which disintegrated! 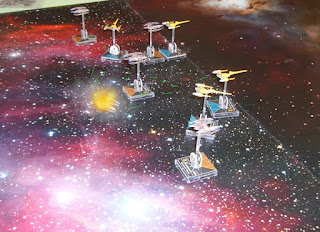 I got caught in a crossfire next move and got smashed! - only to realise a turn later I had forgotten to count my shields! Ah well, someone forgot to turn them on!!! How embarrassing! 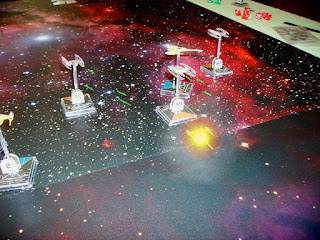 My surviving fighter was in a dangerous situation, Anakin and his wingman were operating together which made their fire more effective. 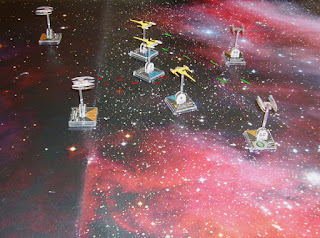 Anakin got a great hit and destroyed another Droid. 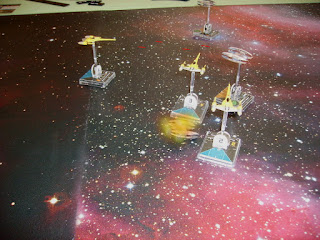 I purposefully flew off at high speed to draw some droids after me. 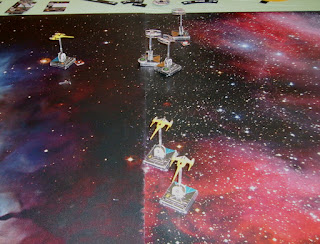 This left Anakin with one droid... 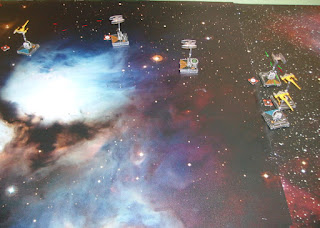 ...which gave him his second kill of the day! 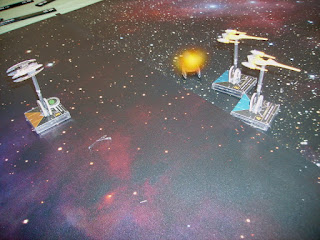 My wingman managed to turn back towards the action, having evaded the fire from the pursuing droids. 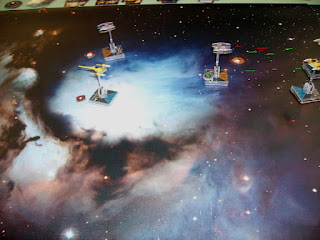 I joined Anakin pursuing another Vulture. 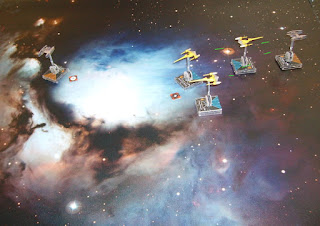 Anakin's wingman having got out of position, now rejoined us. 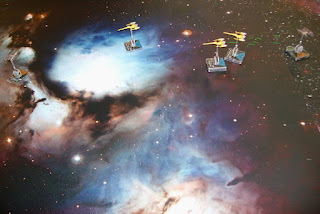 Anakin got his third kill! 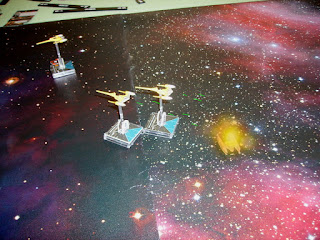 Only one Vulture droid remained... 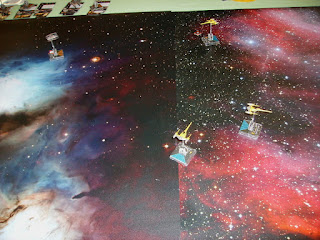 ...as we closed in on it, the Vulture droid randomly chose to leave the table and report back to General Grievous... 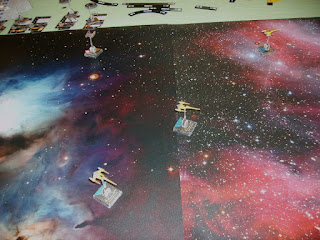 Our second game had us trying more ships straight out of the packaging, 2 ARC-170's! 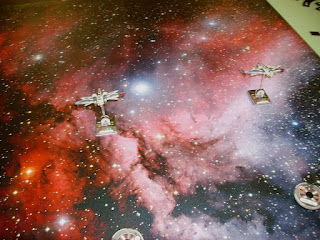 We closed with the Vulture Droids. 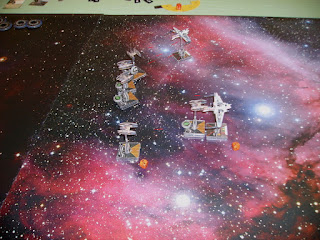 My ARC got blasted, I lost all 3 shields (Yes, I remembered them this game!!!) 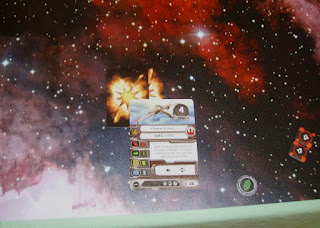 I got some use from my rear gunner! 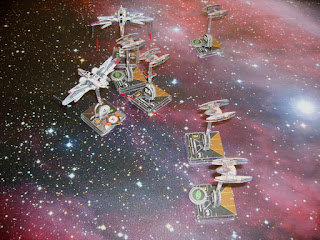 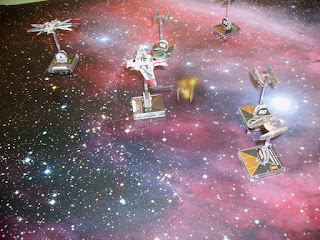 The Vulture Droids were maneuvering far better than us! 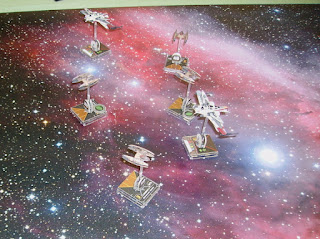 My ARC was only 3 points from death! 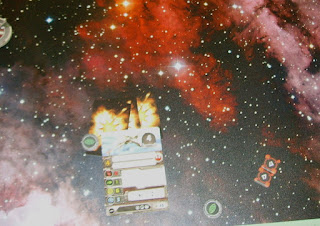 I couldn't get into a firing arc. 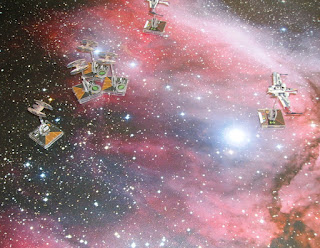 As Phil Koiogran turned to reengage, my poor ARC was getting pot-shotted! 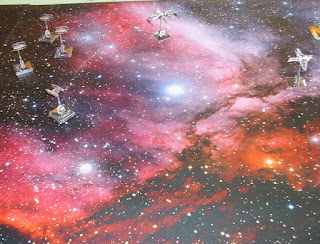 The concentrated fire from 3 Vulture Droids finished me off! 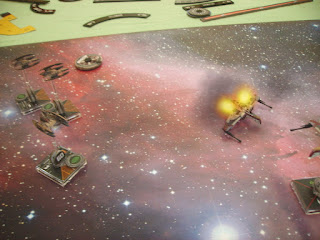