Today, after my battle with the constitution LINK Lawrence arrived, and we tried 2 Hebe class frigates, HMS Amelia and HMS Sybille against 2 French Hebe's. Proserpine and Dryade. 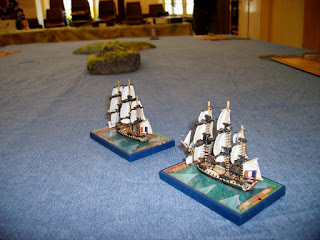 HMS Amelia, under my command, decided to go round the islands directly and turn on the rear of the French. Lawrence, commanding HMS Sybille, tried to follow me! 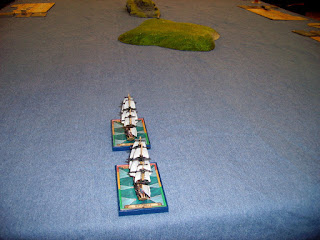 This gap between the islands could be significant??! 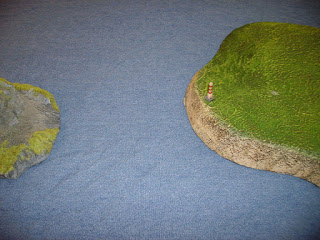 I turned to pass closer to the islands, possibly using the island gap if the position was favourable? 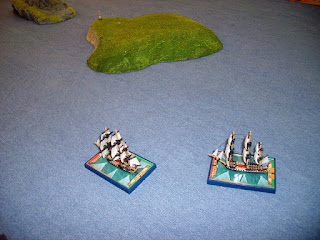 The French were still sailing close to the wind. 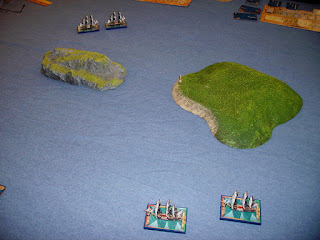 Would the solo system take the French off table? I decided not to take the gap, as the French could turn and attack while we were in the channel and unmanoeuverable. 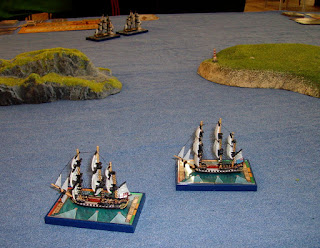 Ah, the French are within 1 shot ruler of the table edge... 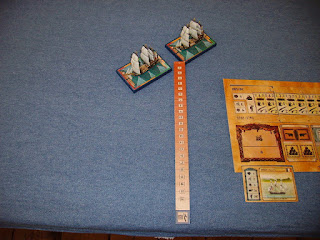 ...so they start dicing for manoeuvre on the chart. 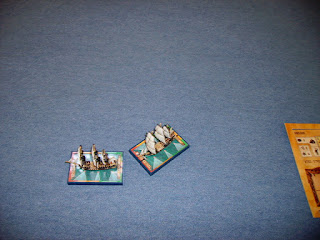 We turned round the rocky island... 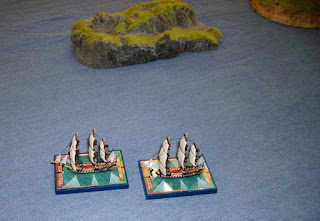 While 'In Irons', my tack took me close to the rocks! 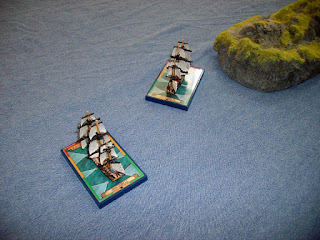 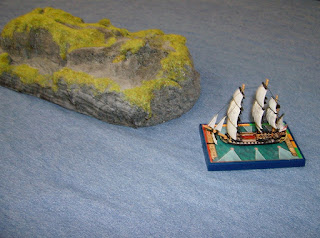 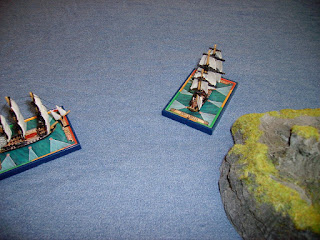 The French were now turning towards us with the wind advantage. 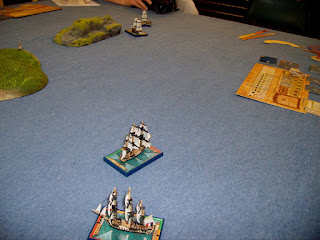 I stayed close to the islands hoping to outflank them, HMS Sybille followed. 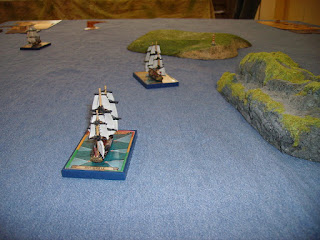 The French turned to engage, nonetheless. 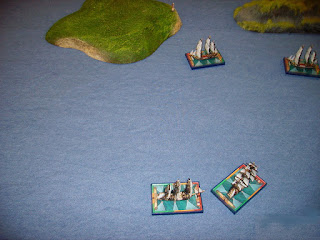 Fortunately, Sybille was in range, and bow raked Proserpine. 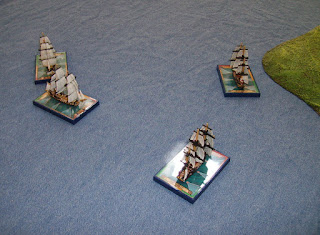 This caused some mast damage. 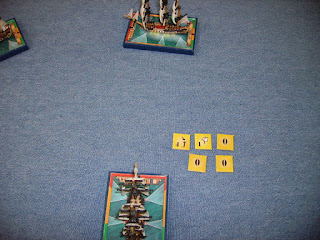 Sybille, trying to avoid the turning French, came very close to the rocks! 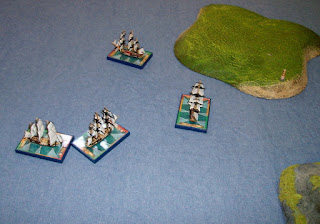 HMS Amelia managed to get a shot in on Proserpine as she tried to fix her mast. 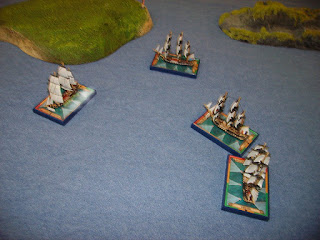 My fire caused a leak and some more sail damage on her. 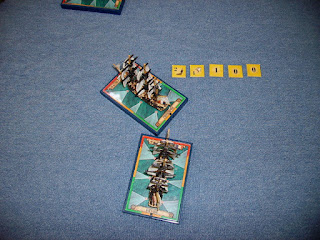 Lawrence's HMS Sybille managed to avoid the island and shot poor Proserpine again, killing many of her crew. 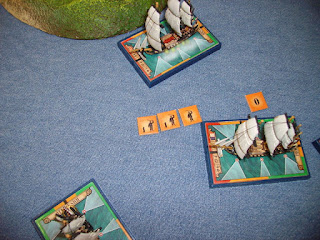 Next turn, his musketeers killed more while the French tried to stop their ship from sinking!
(I diced movement for the French, but their moves would have had them run aground, so I simply reversed the direction of planned turn, which worked very well !) 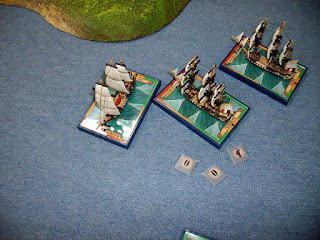 HMS Amelia got more crew off her straight afterwards! 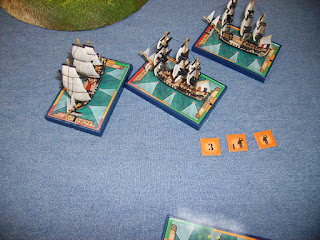 HMS Sybille turned for another broadside on the crippled ship. 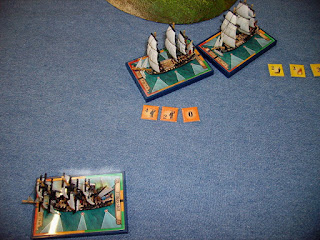 I exchanged fire with Dryade, HMS Amelia took a little damage, but caused a fire and a lead on the Frenchman! 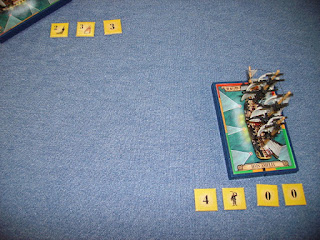 Proserpine was afire, and unable to fight the flames, struck her colours. Dryade made her escape. 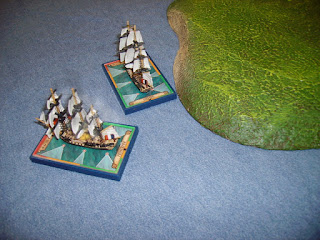 HMS Sybille pursued while HMS Amelia moved in to rescue the prize. 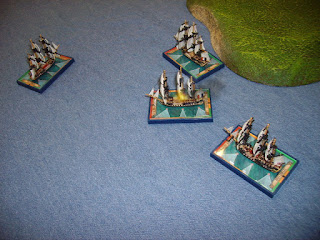 Dryade sailed close to the island... 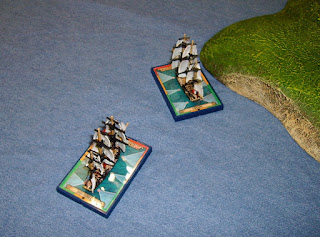 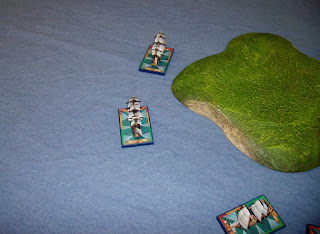 Another good game!
Posted by Herkybird at 20:01