First game: Ian and I used ME 109e's against a couple of randomly run Spitfire 1s. Ian managed to get on the tail of a Spit and killed it while I distracted the wingman.

Second game: A WW1 campaign we are running generated a ground attack mission. We found the Artillery target easily and Ian blew up the ammunition in short order.....

We had to destroy a Roland which had been taking pictures of our lines, it was escorted by 2 Fokker triplanes... 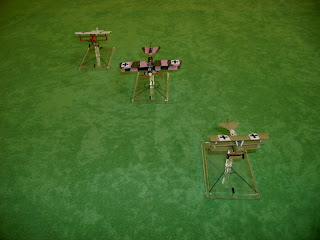 We were flying our SE5a's 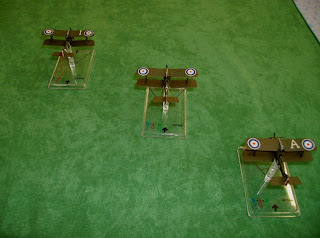 One of the tripes broke right on our approach... 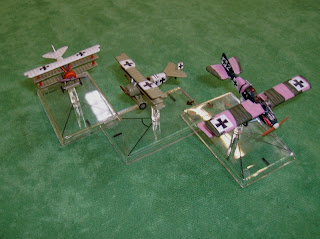 ..we were peeling off to attack from their left. 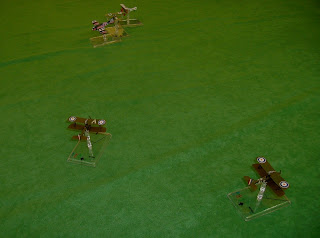 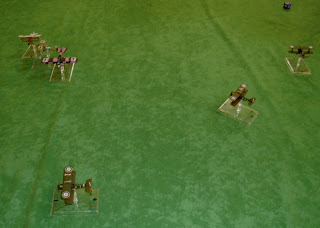 Ian had first contact, getting good hits on the Roland. 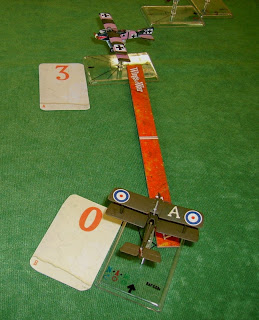 My SE was still moving round the flank... 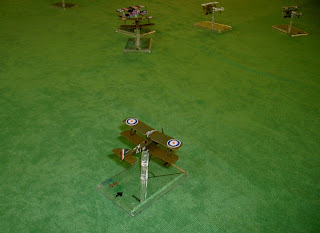 ..Lawrence was retreating! (prior to an Immelman?) 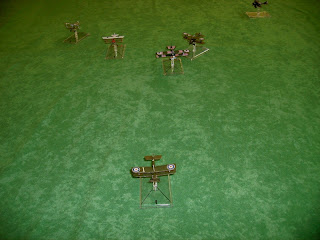 Ian fortunately sped round after the Roland and killed the pilot.. 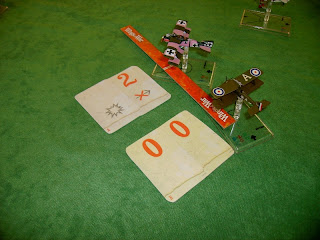 ..then carried on through to hammer a hapless triplane! 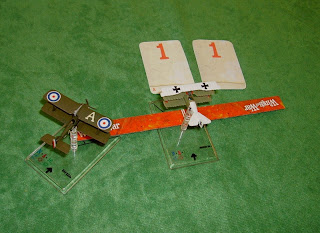 Ian then turned away, mission accomplished! 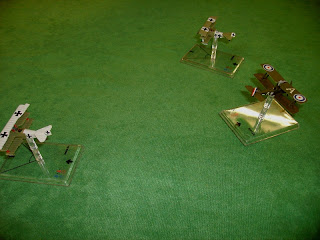 ..and our speedy SE's dispersed leaving the triplanes wallowing! 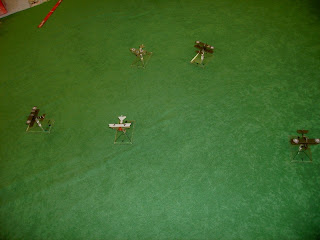 Fourth game! - we diced up an ambush in the campaign rules! 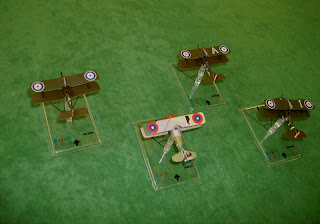 To our front were 2 Fokker triplanes... 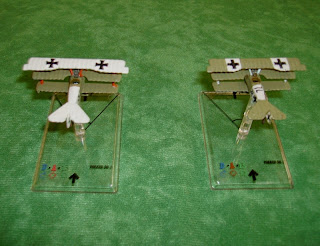 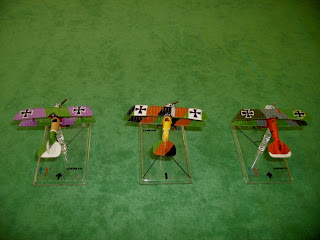 The triplanes closed at speed.. 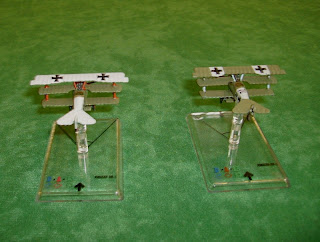 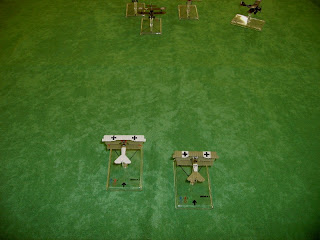 ..and the Albatrosses pursued at speed. 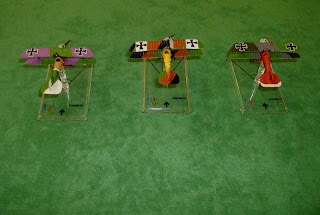 The Allies kept on course, straight ahead, but I swung out to the left. 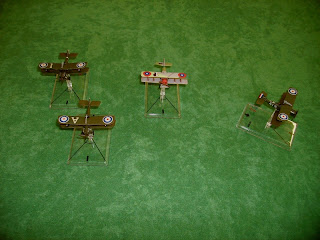 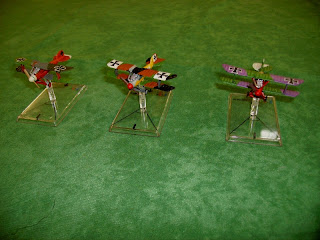 One of the tripes engaged 2 of the SE's. 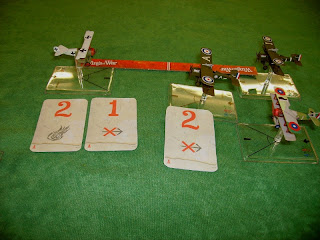 ..while my wide sweep got a glancing shot at the other. 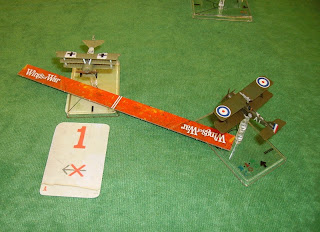 The main body swept past the Fokker. 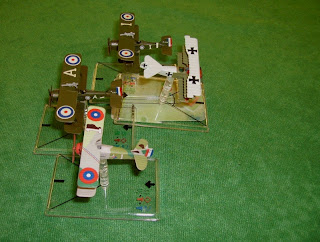 ..before, guess who...Ian turned and killed ANOTHER plane! 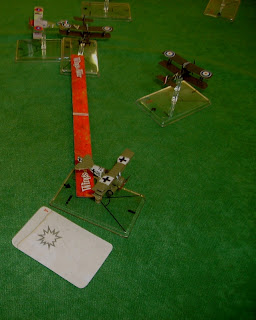 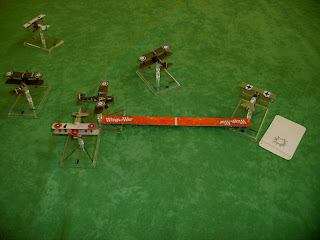 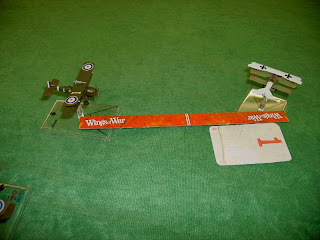 That was it! - quick games, and they clearly showed the superiority of the SE5A over its Central Power opponents.

It also seemed to show Ian had been up-arming his SE5 with Sparrowhawk missiles again!!!!

I will be putting a more detailed version of the solo rules used here on our downloads page soon, but if you want to see some samples I have already done, please E-Mail me at richardbradley5@gmail.com. or they will appear on our website in a few days!

Hope you enjoyed this post? - at least its shorter than the last two!!!