Today (7th May 2011) - we decided to do a Wings of War day. Naturally Ian and myself arrived before Lawrence and Phil (who was yinging his yang doing T'ai Chi).

We started with a fun game - Ian used an SE5a and I used a Nieuport 17, and the Boche used 2 Pfaltz scouts, as I hadn't had them on the table before. 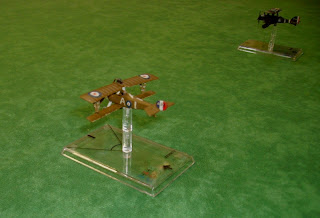 The SE5a deployed to my Nieuports left.. 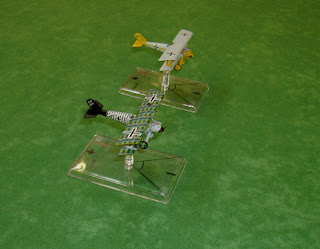 The two Pfaltzes deployed opposite, close together. 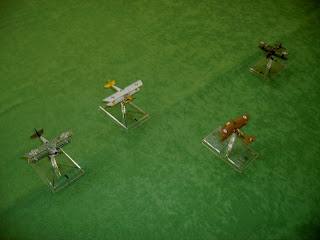 As we closed Ians SE turned inwards while I went head on... 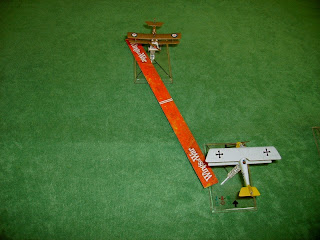 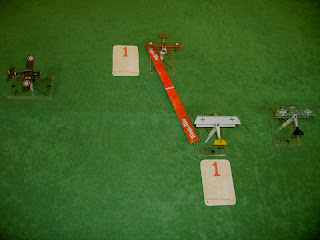 ..but only caused minimal damage to each other. 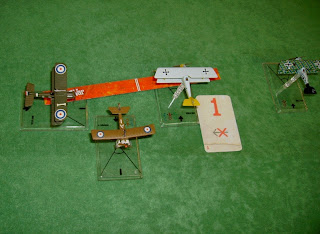 Ians SE came in as the Nieuport passed the Pfaltz and got a glancing shot... 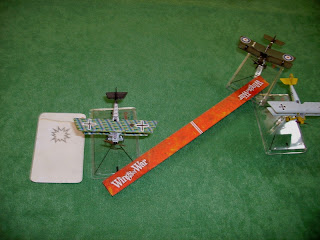 But turning in got a lucky kill on the second Pfaltz - show off!

(PS - The solo rules are available freely at: Solo Rules for WoW WW1 )