A severe case of overkill!

Today, at Mick's request we had a Star Wars skirmish game using my rules - we were using the Classic Star Wars figures in about the period just before Return of the Jedi.

Lawrence used Lando Calrissian, leading some Rebel commandos, which I painted up some years ago but have never used.

Our mission would be to destroy a communication tower at the far side of a village. 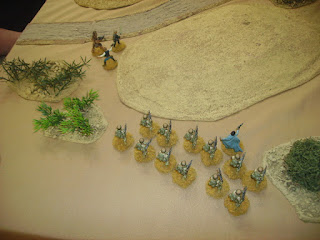 I had recently painted some Sci fi civilians, so my villages will look different from now on! The white markers are Portal Markers which are possible entry ports for the Imperial forces. 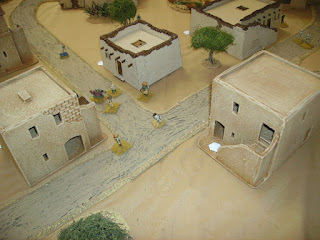 I covered all the likely approach routes to the Comm tower. 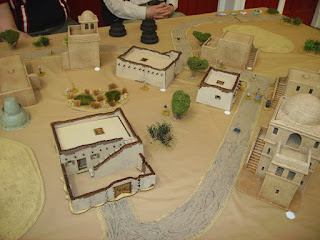 'Lando's Commandos' would stay off table for a turn. 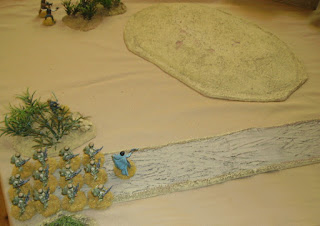 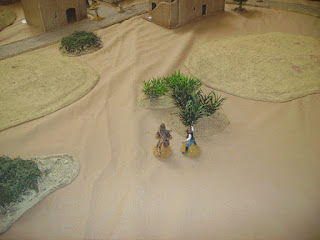 Luke hid in a bush! 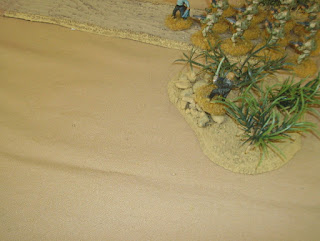 As the Commandos arrived they spotted an Imperial patrol... 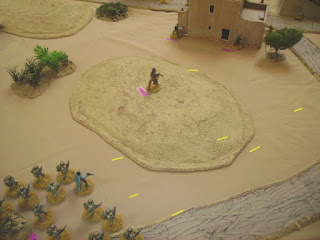 Even at long range the Rebels fire was impressive, most impressive! 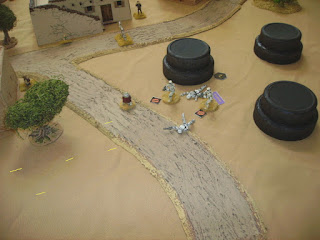 Another section of Imps came up to support their colleagues. 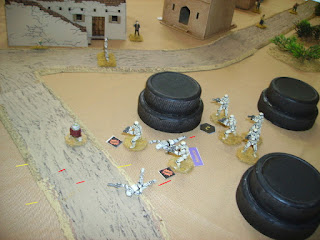 Han couldn't get a clean shot so came into the open, getting pinned by enemy fire for his trouble! 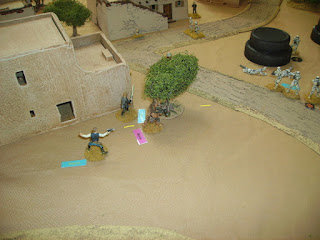 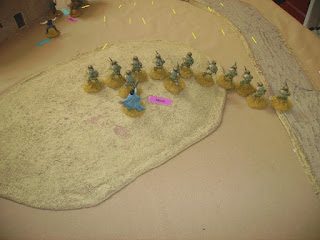 (And Chewie!) took the Imperials down! 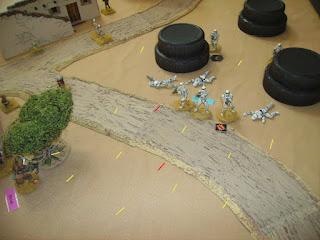 The poor Stormies hardly got a shot back. 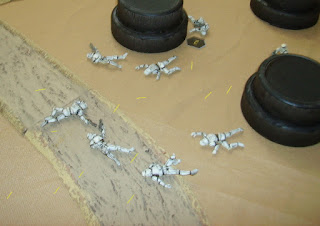 Luke remembered his Force abilities and charged in supported by the Wookie, and the last Bucket head legged it! 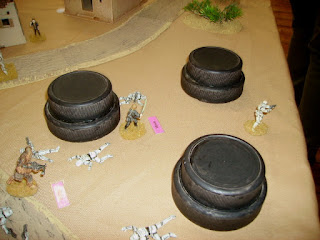 Another squad of Stormtroopers attacked our flank but the Commandos on the hill were well positioned... 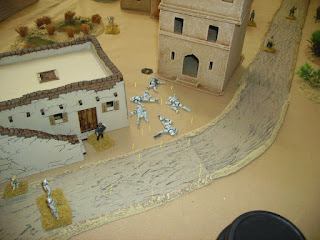 With the enemy all destroyed, Lando's men advanced warily. 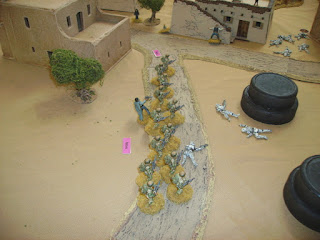 Luke went round the flank. 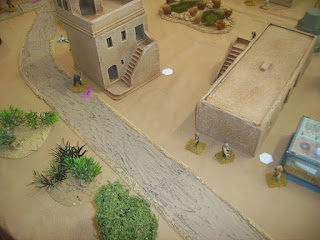 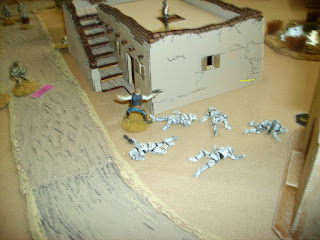 The commander of a new band of Imps fell, the return fire from his men could have killed me, but every dice has a 1...! 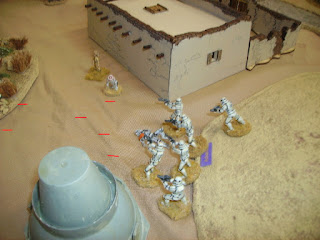 Han crossed into the tall building just in time as an AT-ST rounded the corner. 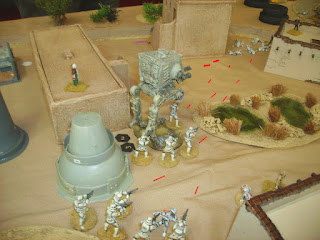 Luke Force ran and hacked its leg off! 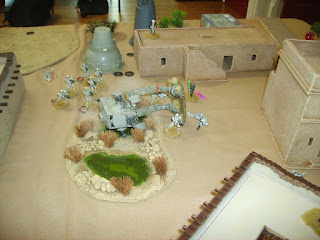 A second AT-ST attacked from behind us, but Luke attacked again and cut it down. 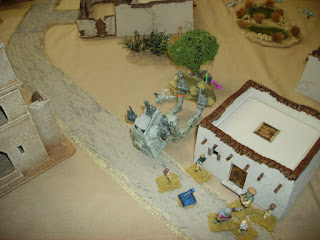 The Portal markers had all been dislodged, and the village was littered with dead Stormtroopers. 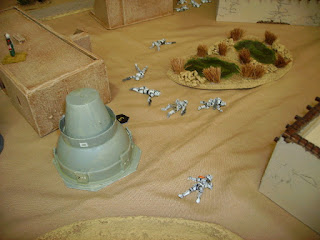 Chewie casually planted a mine on the Comm tower... 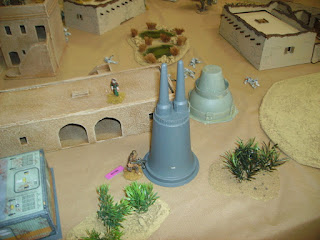 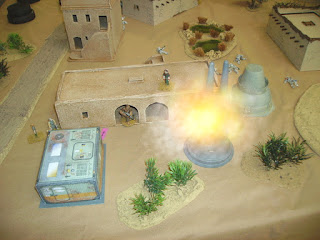 Ah well, I agreed with Lawrence that had he had 4 Commandos instead of 12 it may have been more even. My solo system is geared for smaller player forces, so it was probably a given we would win with the force we had.
War isn't fair! - but its more fun to win against an enemy with a chance of winning, isn't it!
Posted by Herkybird at 16:59