The trouble with solo systems is that they can do extreme things that players would never do - actually, that is probably a good thing!- but today it made a very tough opponent!!!!
As usual, the ships of the convoy were represented by inverted markers. We had mixed the counters representing ships with an equal number of dummy counters, then removed a third so we would not know which, and how many, ships were in the convoy. As this represented a North-South convoy in the North sea in early 1943, 2 lines of merchantmen were flanked by a line of escorts... 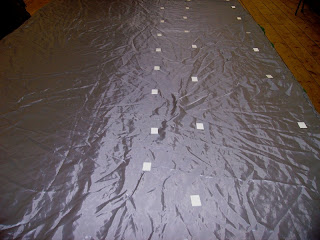 The escorts (left) between the Germans and the merchantmen. 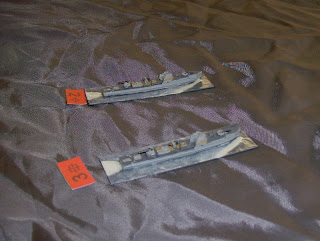 The E-Boats (8) were spread on the side opposite the escorts, in pairs. 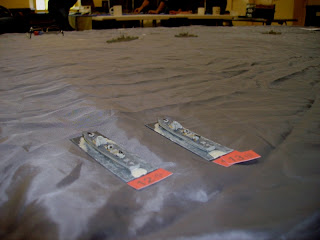 Creeping along silently on electric motors, they spotted several escorts. 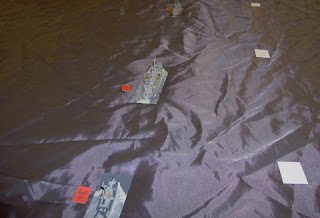 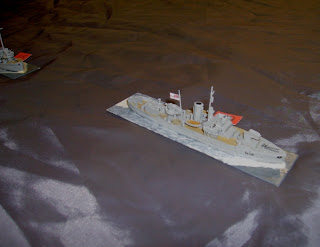 The larger vessels presented problems for the players.... 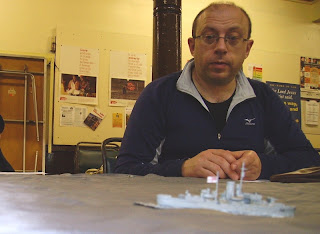 Phil...wondering what a 4" gun might do to his boats! 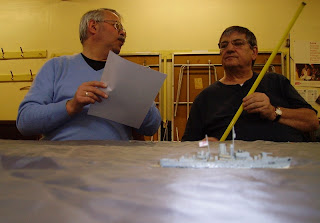 Ian..showing Joe how good a Flower class is! 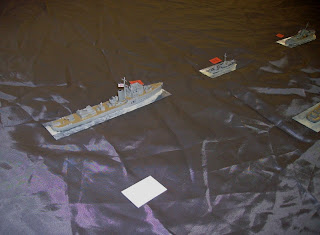 Just before a Hunt type 2 escort destroyer appeared as well at the rear! 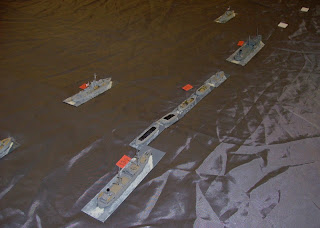 Several merchantmen were sheltering behind this line of steel! 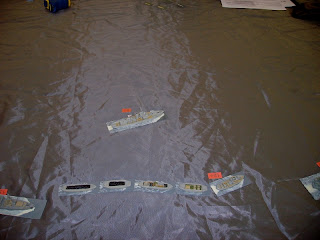 The escorts and freighters were alerted, and began evading when an E-Boat was spotted! 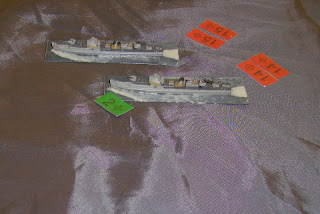 Coming under ineffective long range fire, some of the E-Boats shot torpedoes. 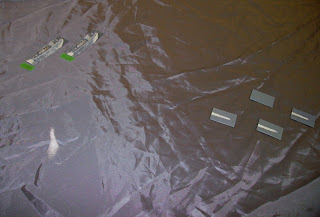 ..before beating a hasty retreat! 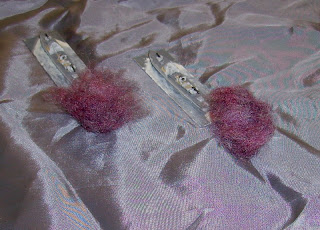 Ians boats withdrew without shooting, under a smokescreen. 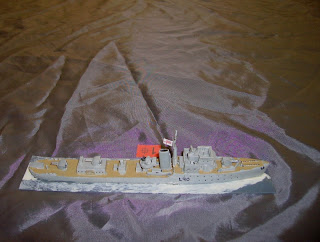 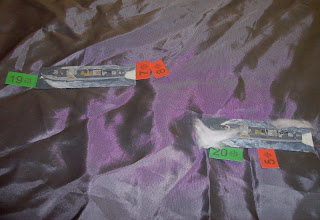 ..which straddled an E-Boat. 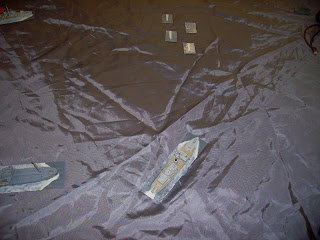 The convoy spotted the approaching torpedoes and turned to 'comb' their tracks. 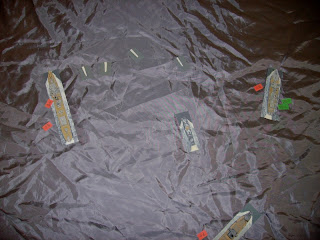 A second group of torpedoes appeared amongst the rear of the convoy. 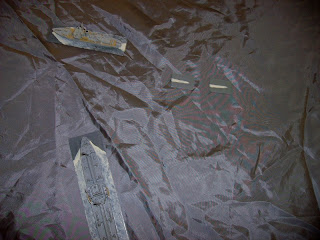 Back at the front of the convoy, a Flower class survived 2 near torpedo passes, the other 2 went on to try and sink England......! 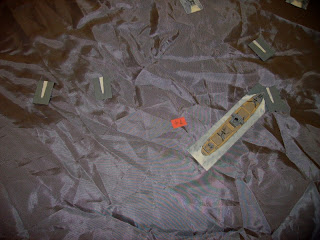 At the rear the torpedoes missed, though a collier was VERY lucky to evade one! 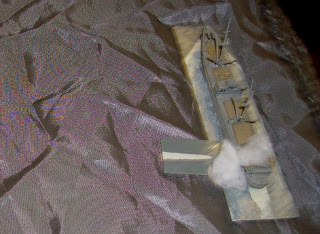 One torpedo, luckily, ran through to a collier in the second row which had not been seen, but the torpedo exploded close to the target, damaging the ships stern seriously. 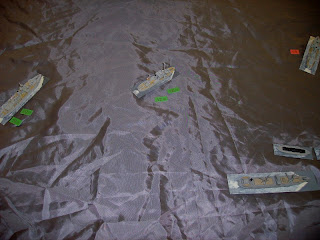 With the convoy alerted, the Schnellboots withdrew into the dark, grateful to escape undamaged!....though with nothing to show for their efforts!

In reality, convoys of this sort normally only had a few trawlers, backed up by 1 or more larger escorts.
We could only assume a group of escort vessels were relocating from Scotland to Southern England and were tagging along!!!!

Not the best game of this we have ever had, but interesting nonetheless!
Posted by Herkybird at 22:49