What a Tanker, a first try

Today, we tried 2 fat lardies 'What a Tanker' at the club, we ran 2 games, one with later war tanks, and our game using mid 1940 tanks.

Our opponents were 2 Char-B's, run by Lawrence and Stuart, which had a more effective gun (47mm) and heavy armour. 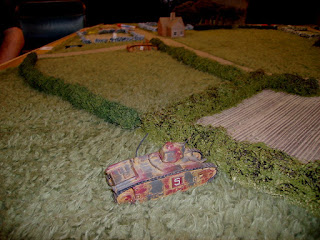 Phil and I ran Panzer 3's - with 37mm guns and light armour, supported by a Panzer 4, whose 75mm gun was no better than our 'Doorknockers' !!!

Fairly rapidly, one Pzkw IV was in flames, so Dave got a replacement! 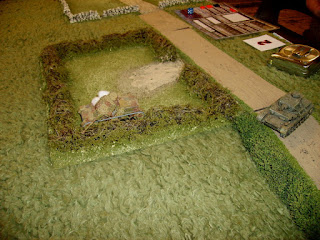 My Panzer 3 spent the entire game trying to shoot from behind a barn! 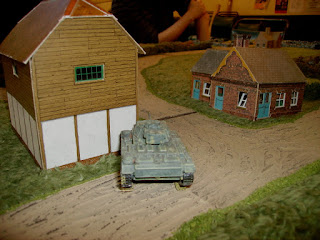 The French were outnumbered, but this was countered by the inability of the Germans to damage them! They were positioned to prevent any chance of us getting a flank shot, which would be the only way we could hurt them! 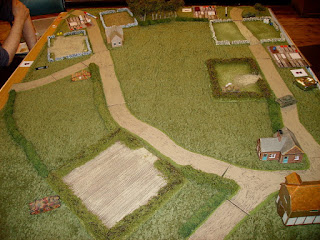 Phil, on our right, did manage minor hull damage on a Char, but took heavier damage in return, he ended by moving round the flank, while the 2 Chars engaged Dave and myself. 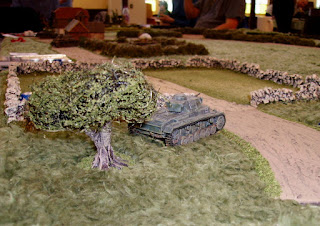 The other game, Dave, Dave and Jack. 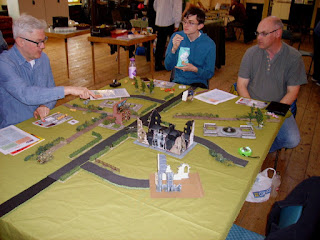 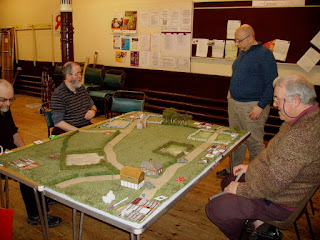 The end of the game, Stuart's Char raced across the table , my Panzer only being able to retire. 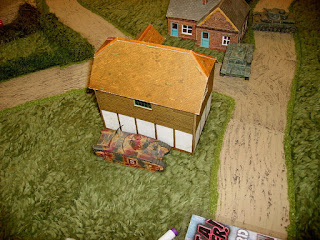 With both other German tanks badly damaged, I decided to retire off table, followed by the limping Panzer 4.

Overall, our opinion was favourable of the rules, and I must admit I enjoyed this best of all the 2FL games I have played.
I did notice a couple of odd things, firstly, there was no allowance for the poor turret arrangement in the French tanks, which I thought could have been well represented by giving the French a starting allowance of 5 command dice.
I also felt that some slow tanks, like the Char could have a limit to the number of 6's that can be converted to movement?

Just my thoughts, though, I will happily play it again, unless there is an X-Wing game going like today! 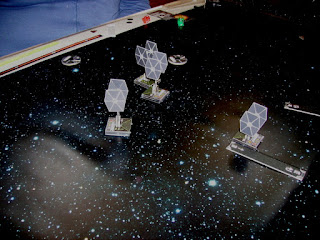 I do still prefer Wings/Sails of Glory and X-Wing!
Posted by Herkybird at 18:05