Today, we had a couple of new players, Andy McMaster, our web master got a day pass to join us, and David Stell, who expressed interest in our game a few weeks ago!
Andy joined Lawrence with the 'Austrians' - actually French and Reichsarmee figures, and David had his English to fight with my Prussians.
After explaining the basics of the rules, we got down to business!


The Franco-Austrians got to deploy in the flank sectors 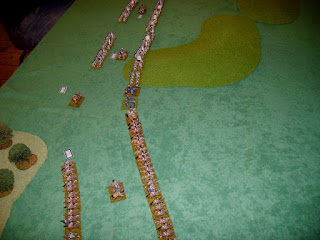 Andy held the Austrian left, with Cavalry and Artillery. 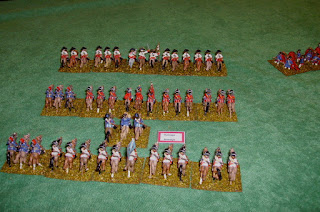 Lawrence on the right had a lot of horse - and more artillery. 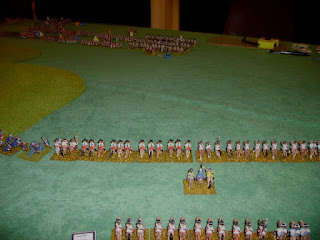 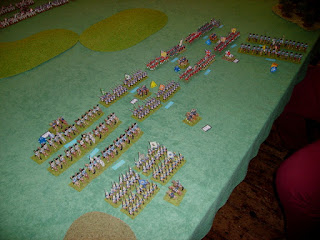 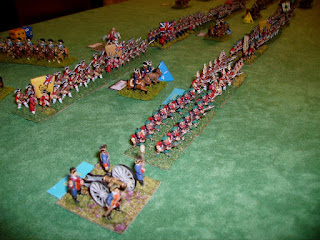 The battle began with my flank general failing to get anything moving! Lawrence's Regiment Bretlach charged and smashed my front Kuirassier regiment, and the following Kuirassiers and dragoons retreated in dismay! 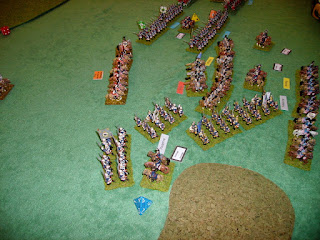 The brigade of fusiliers I had placed behind my horse struggled to get out of the way of the disaster! 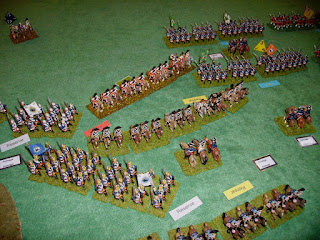 I luckily managed to recover my retreating horse, who were covered by a regiment of Fusiliers. The Austrians were getting surrounded! 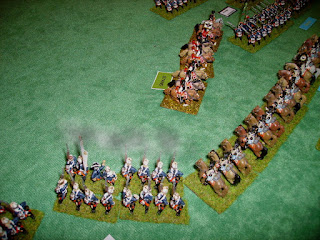 Taking fire, Lawrence got the victorious Austrian cavalry out as fast as possible! 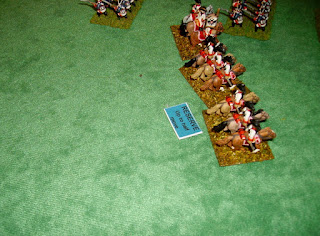 On the right flank, Andy sent his Austrian kuirassiers quickly against David's dragoons... 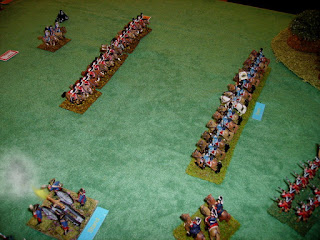 Fearing the worst, 2 regiments of English foot took post behind them. 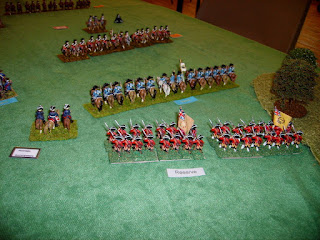 The Austrian horse crushed the dragoons!... 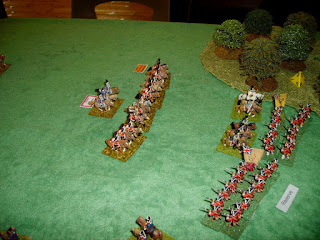 ...and pursued into the infantry behind and broke them too! 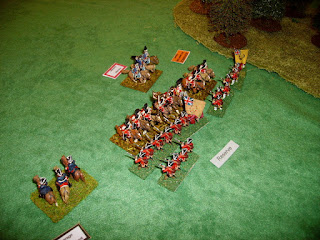 Things were looking bad for the Anglo-Prussians, even though I was finally getting some order into my left wing cavalry. 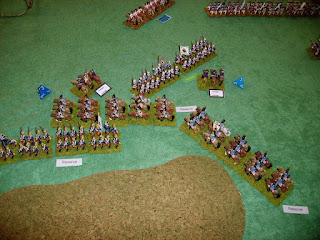 David saw an opportunity--- since the Austrian Cavalry had chased his dragoons and infantry off the field--- His second Dragoon regiment made a magnificent charge, against the odds,  breaking and pursuing the 2 regiments of French horse! 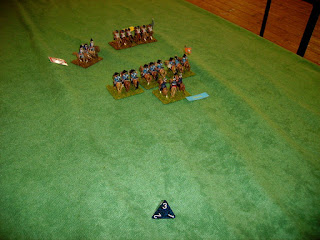 I had my fusiliers chasing the Austrian horse away... 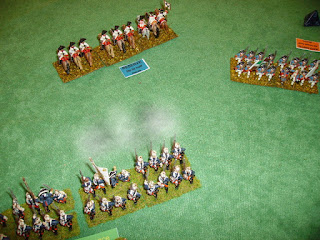 ...but this had left my Prussian infantry overlapped on the left. 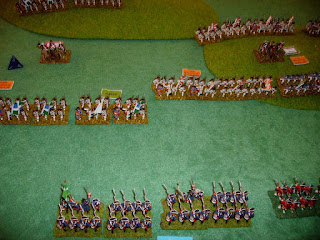 The firefight in the centre was at first fairly bloodless... 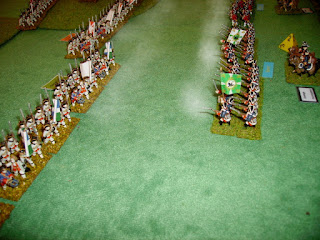 The English infantry were doing better though... 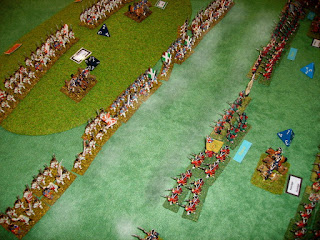 ...and holes were appearing in the French line! 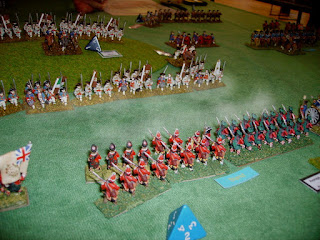 My enfiladed left looked dangerous, but the Prussians initially held, causing casualties in the French battalion opposite! 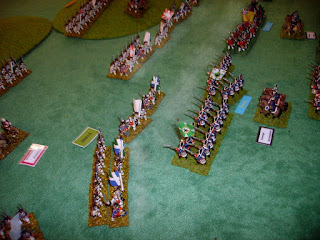 The French responded with a crashing volley! 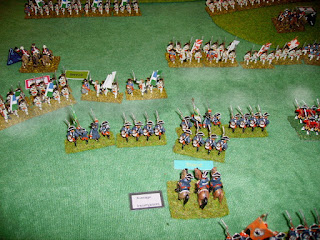 My left-most battalion was wiped out! 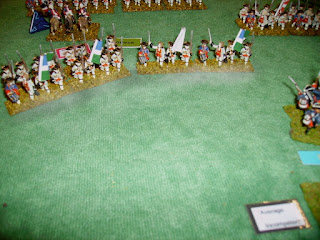 The survivors broke and fled through the second line. The English next to them were also driven back. 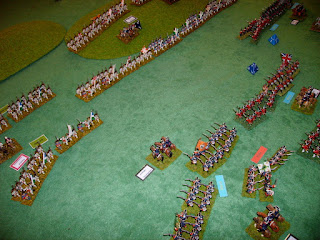 A detached battalion of French infantry surprised my Fusiliers by charging them in the flank! 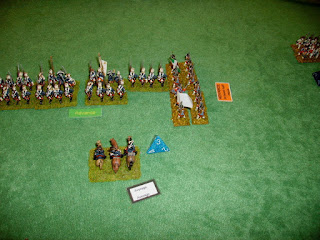 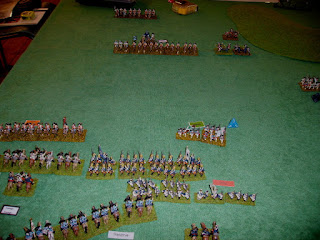 The battle, however, had been decided in the centre, where the French infantry were in the ascendancy. 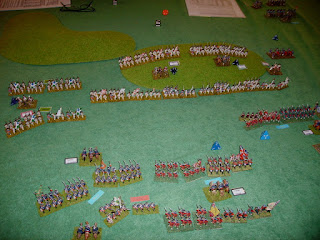 The Anglo-Prussians decided to quit the field, while we still had a good number of intact units to contest any pursuit.

Another good game, and great fun. The Anglo Prussians probably lost due to poor initial command rolls, which left us badly positioned when the far more active French seized the initiative.

I can't complain though! Last week I had all the luck!
Posted by Herkybird at 18:03