Yesterday was a bit of a confused day!

I was all set up to do a safari game when poor Lawrence rang me to call off as he has a bug!- he sounded awful! Get well soon pal!

I rapidly repacked a bag with what was at hand....

Mystic wood (a boardgame from the 80's - which we had played a few weeks ago) - and X-Wing!
Sadly, I forgot to swap my camera from bag to bag, but Phil kindly agreed to do some pics on his I-Phone thingy! - this is why the pics look lovely, no doubt!

Sorry about the green cloth, I usually photo shop it out, but couldn't be bothered today! 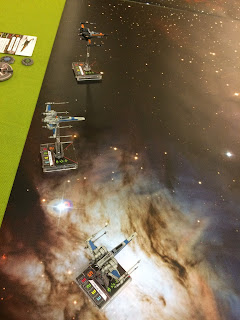 The enemy were 4 Tie/fo fighters, 2 omega pilots, a zeta and an epsilon leader, to keep the points about equal! 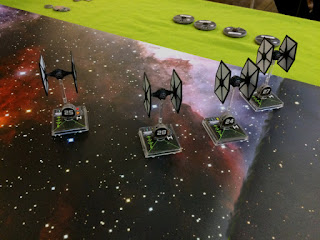 The Ties started next to an asteroid field, we opposite...both sides sped forwards! 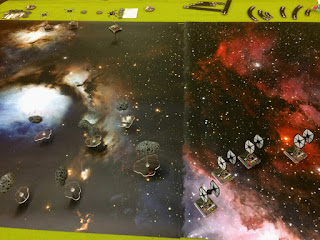 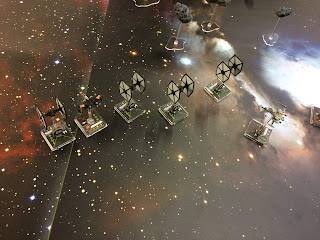 ...leaving my rookie facing 3 Ties all by myself! 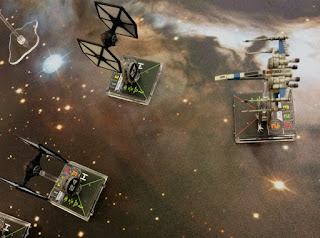 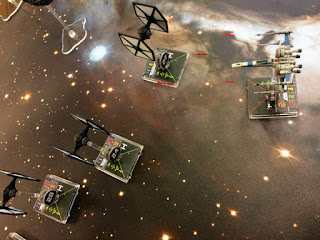 I lost all my shields! - at least I damaged a Tie! 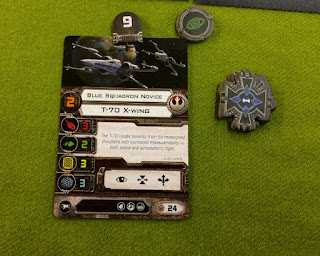 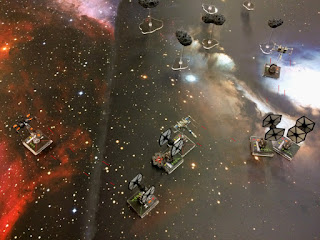 Poe and Alex fired at the confused Ties. 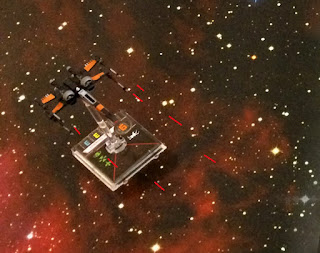 We moved to  relieve our stress, which left me nose to nose with a tie which had koiogran turned too. 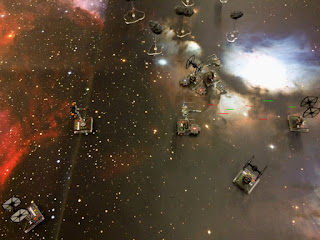 Alex had moved to point blank range on a tie which was about to shoot me in the flank... 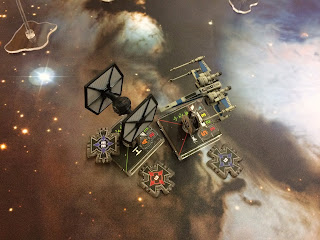 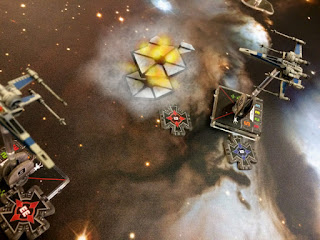 Alex went after another tie trying to get behind me, Poe was backing me up. 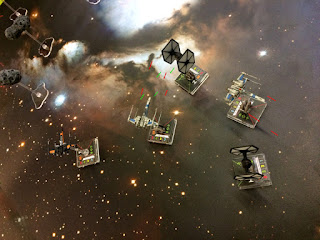 An errant tie koiogran turned on the table edge behind Poe, had he seen it? 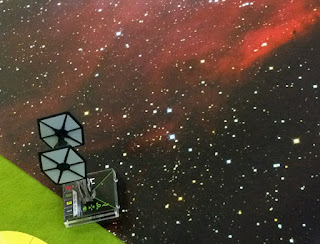 Alex saw the danger and engaged it. 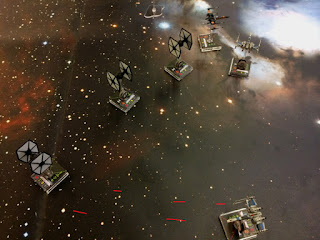 ..he then turned to chase it, Poe and I had also turned. 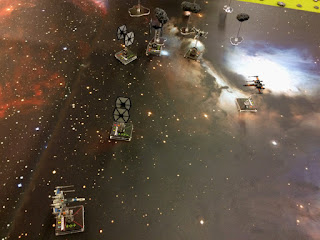 Poe and I got it in a bracket- Poe got a minor hit on it. 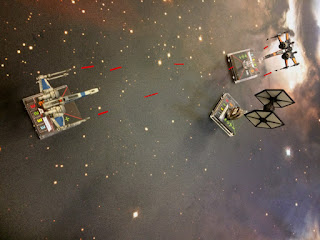 I fired last, and with a target lock blew it to pieces! 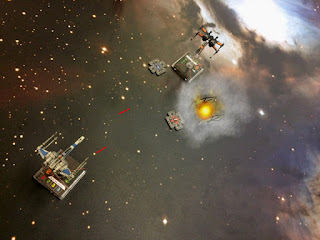 Poe, Alex and I turned to engage the other 2 ties... 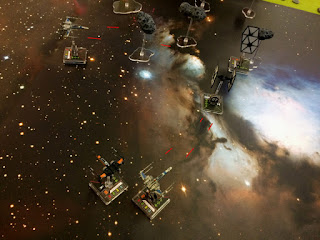 Poe and I fired on one of the ties which cleverly evaded our fire. 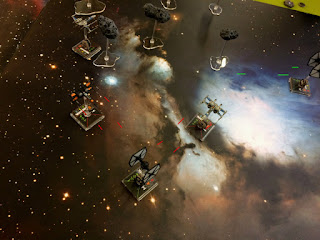 Alex tried to escape the ties when they focused on him... 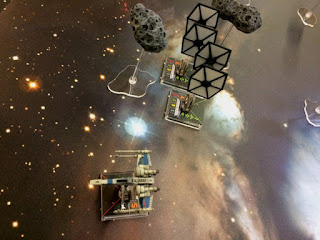 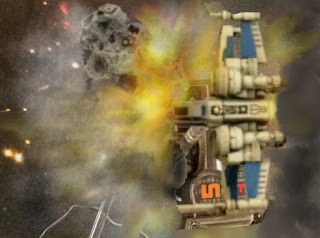 Poe, meanwhile, had killed one of the ties, leaving just one! 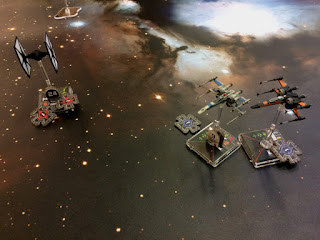 We both strained to keep up with the nippy First Order pilot! 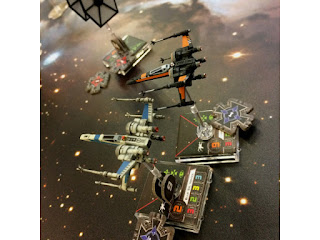 Eventually, he Signor turned to shoot at me, I took a damage point, but survived to fire back! 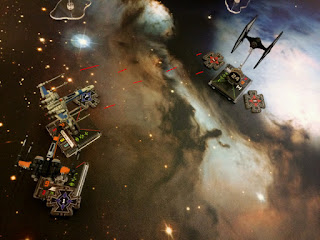 With Poe just out of arc, I got a lucky Critical hit! 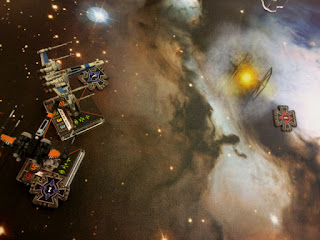 Don't think my pilot will be novice next time!!!!