A trial of battle

After our first game, we had time to try a set of solo rules I had written 3 years ago for medieval skirmish.
We used the same forces as in our Ragnarr game, though Ragnarr's force would this time try the solo rules out!


We deployed in 4 bodies. 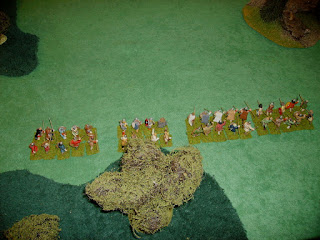 As per the solo rules, Ragnarr deployed similarly though their archers and slingers deployed on the left in and around a wood. The Shield wall advanced. 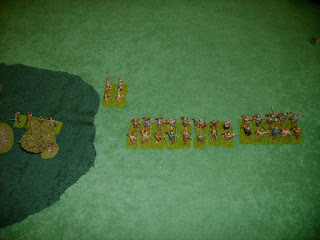 Ragnarr's missile troops stood back trading shots with our force, their archers took a couple of light wounds in the exchange. 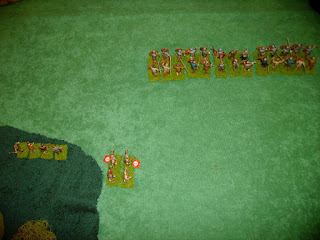 We advanced slowly, to allow my archers in the shield wall to shoot. 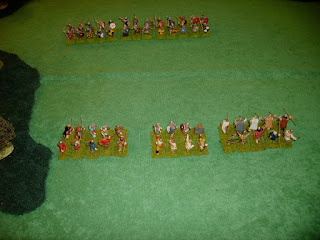 One group of our men moved to outflank the shield walls. 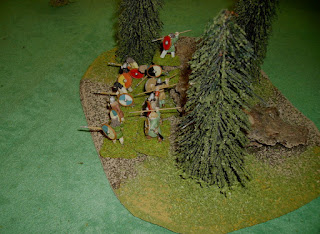 These were closing towards melee. 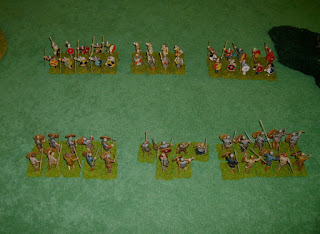 One of my archers managed to wound one of Ragnarr's bodyguards as we closed. 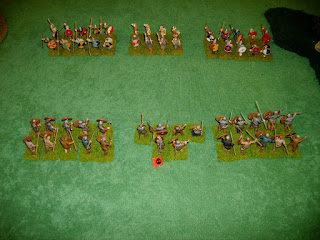 As the walls met, Lawrence sent his flanking unit to attack Ragnarrs' flank. 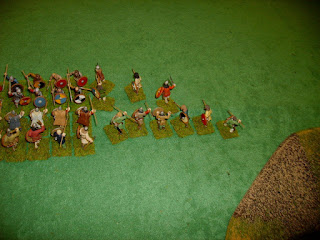 Our force soon got the upper hand in the melee, and Ragnarr got wounded again, and so was Lagatha! 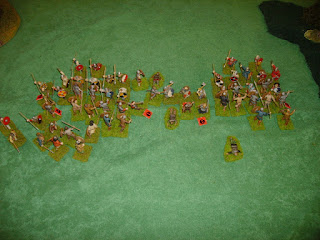 I had swung my archers to the right, behind the shield battle... 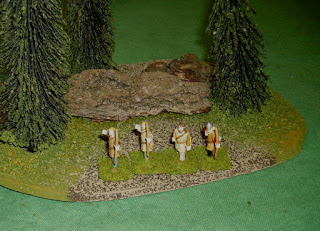 ...to engage the enemy missile men. 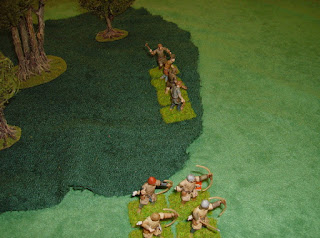 I managed to wound another archer. 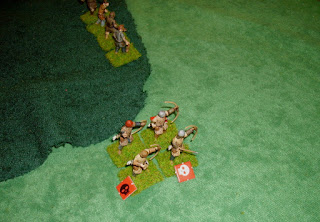 The battle in the centre stabilised, as we took casualties too! 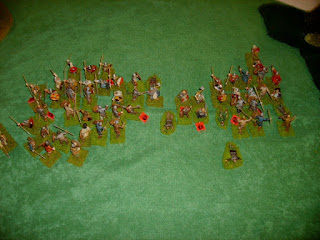 Their archers killed one of our flanking units men. 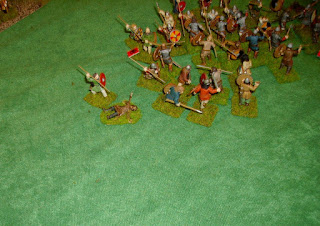 At this point, though, it was clear our dicing was better than Ragnarr's, and we would eventually win. 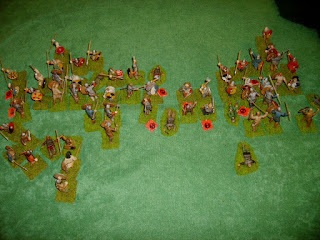 So, the trial ended, and I think we were both happy that the solo system didn't do anything too odd!
I have made a couple of changes since the game, to correct a couple of minor potential problems.
I think we will be happy to use it again!

If you want a copy to try, please E-Mail me at the address on the blog header, and I will send it on. I will also ask Andy, our IT guy, to put them on our website.
Posted by Herkybird at 21:51