Today, Lawrence and I had a Viking skirmish game. I used my plastic Wargames Factory Vikings against Lawrence, using the Black Tree Vikings I used to own.

We decided on a scenario, after Ragnarr Loðbrók's loss of his village last game, he would try to regain it from the victors...


Lawrence deployed between the buildings of the village. 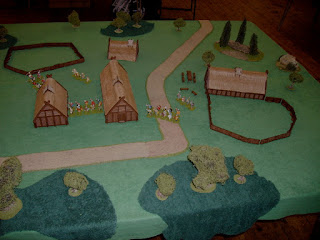 His Lord initially deployed behind a small shield wall ( Skjaldborg ) 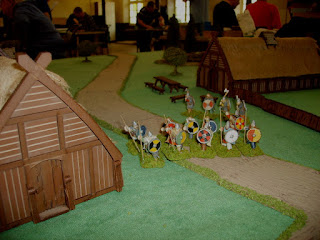 Another group formed in between the 2 large buildings, with archers behind. 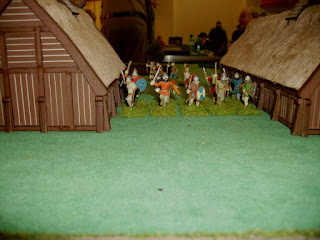 Another group on his right formed a solid block to Ragnarr's approach. 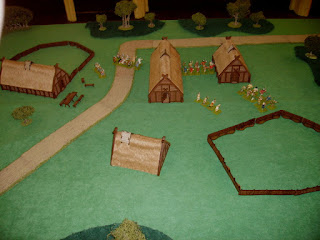 Ragnarr - and Lagatha, supported by their men arrived and studied the enemy defences. 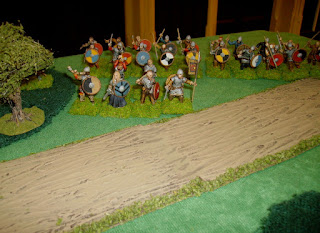 A group of archers and slingers were placed in the woods to his right. 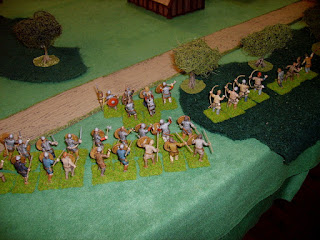 Lawrence advanced to face Ragnarr, supported by his spearmen. 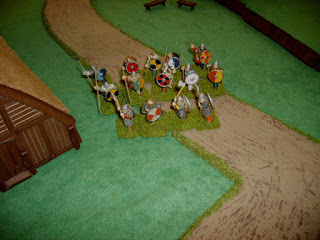 Ragnarr pushed forward quickly, hoping to fight one wing of the enemy before the separated elements of their army could join up. 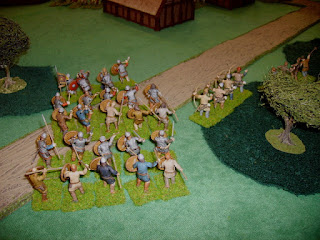 The missile troops would keep the other wing occupied, hopefully. 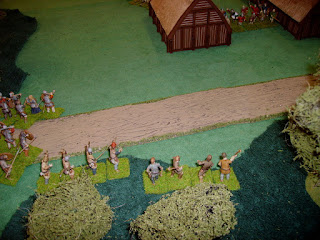 Seeing the enemy lord approaching, Ragnarr changed his plan, facing the advance with his bodyguard, covered by archery. 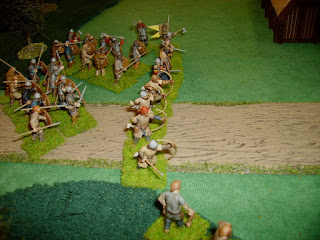 The missiles caused less injury than he had hoped on the advancing enemy. 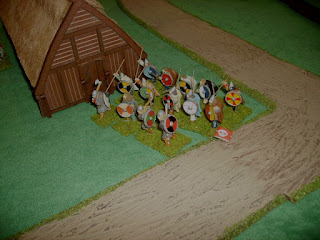 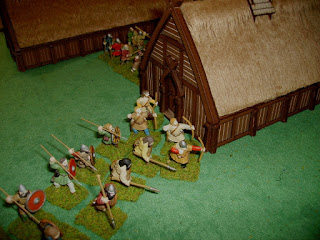 Their arrows caused no casualties, however. 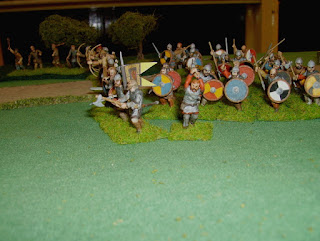 The  Skjaldborgs faced each other - preparing for battle! 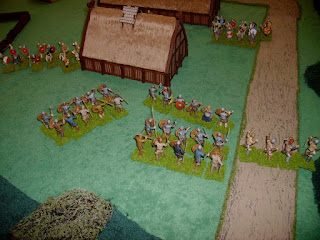 Lawrence came forward bravely, my bowmen and slingers still failing to cause casualties amongst their men. 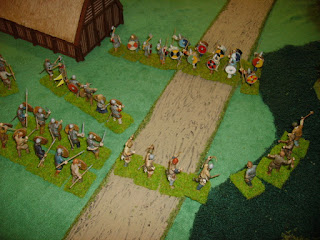 As my flank guard advanced on Lawrence's right, they fell back, refusing battle. 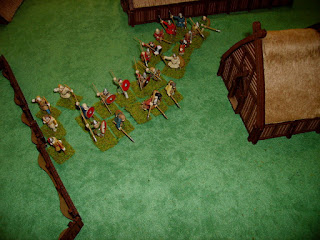 The main bodies clashed. In the first charge, Ragnarr was wounded by the enemy lord! 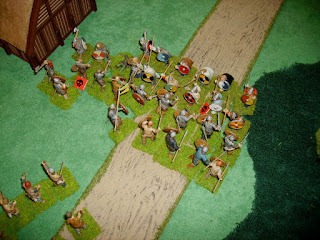 My missile troops, with no targets, turned to face Lawrences' archers. 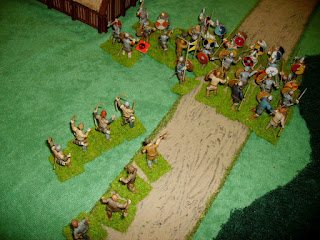 These sought shelter in an enclosure, while Lawrence's spearmen charged. 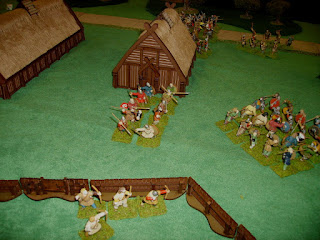 My heavier armour meant I started getting the upper hand. 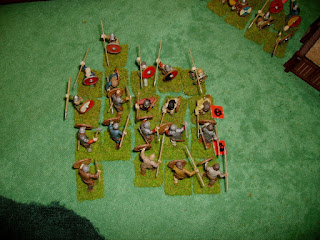 My spearmen on the road were similarly beginning to win, but Ragnarr fell! - struck down by the heavy axe of Lawrence's Lord! 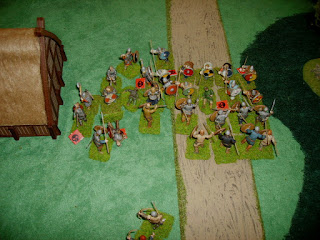 With Ragnarr fallen, Lawrence had won!.
Fortunately, Lagatha and 3 of my men were free to drag Ragnarr back.
A long time in recovery would precede any more attempts to recover the village!