Revenge of the Tigers.

The second game we did, using Berdan's sharpshooters aganst the Louisiana tigers again, used the same terrain, redistributed. As we were testing my rules with breachloaders for the first time, we decided to lower the quality of some of the sharpshooters to see how that worked out! - The Confederates upgraded to Rifled percussion muskets!


The new battlefield - the farm now in the centre. 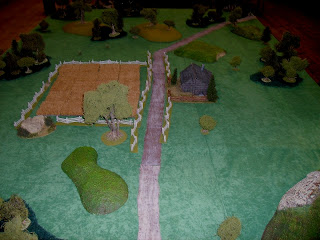 My Sharpshooters, again on the left, moved toward the farm again. 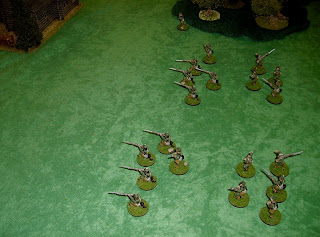 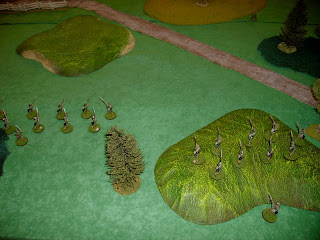 The Confederates formed in the centre, opposite Ian's sharpshooters. 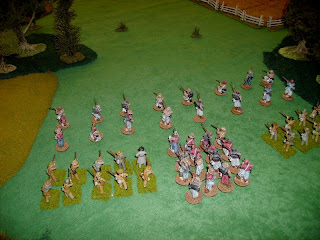 My men could see the Rebs, but orders is orders! 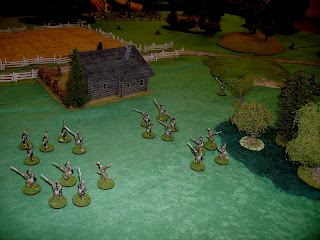 Ian's men hurried to get to a position to engage the massed Reb infantry. 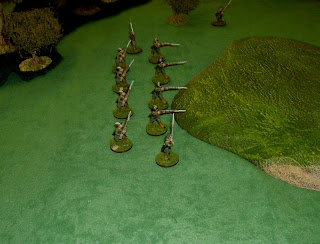 ..who were coming on apace! 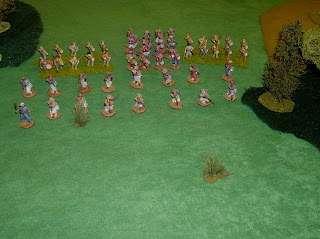 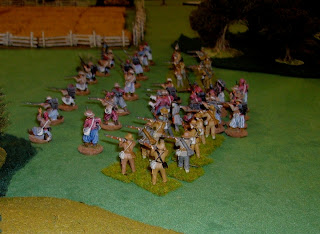 The farm being unoccupied, my men were free to go to Ian's help. 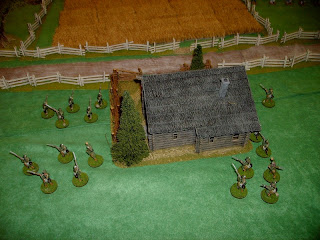 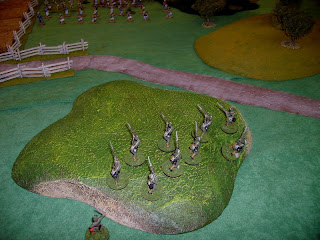 The rear line also had a clear line of sight, but at longer range. 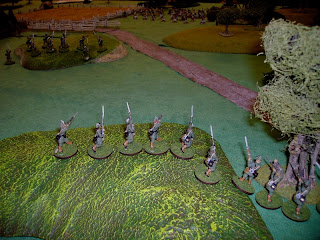 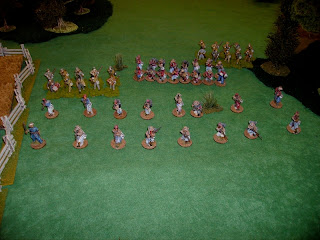 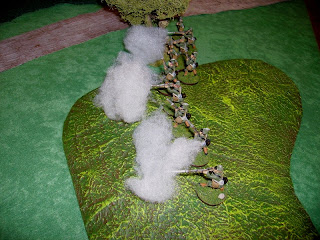 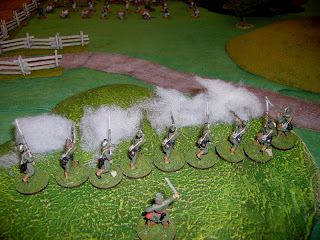 The Tigers took heavy losses, which stopped their advance in its tracks. 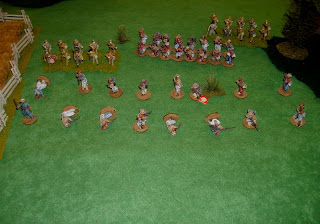 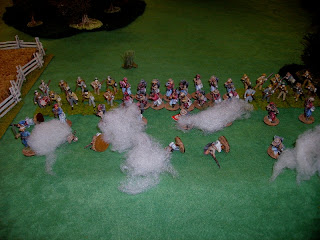 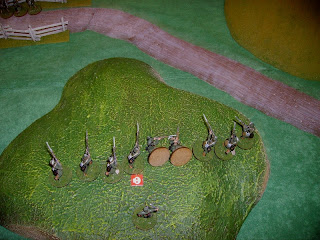 Another Volley from the sharpshooters killed even more Tigers. 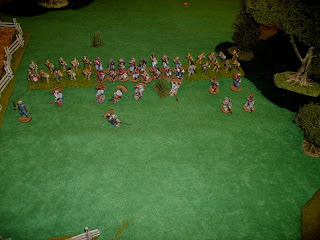 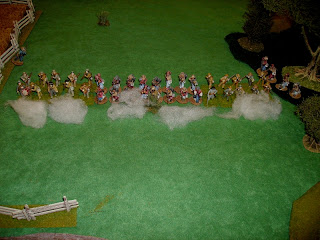 Some of the remaining sharshooters fled in panic. 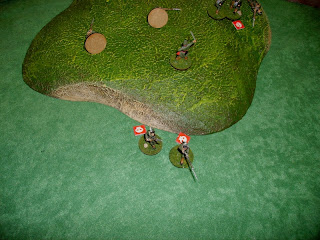 Some of my men, moving to help Ian, also were hit. 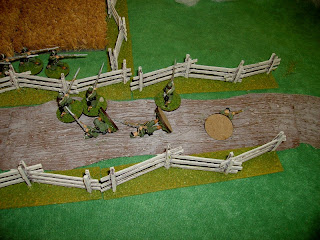 The first sergeant down, some of my men fell back. 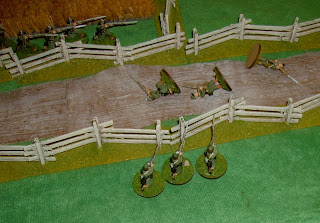 More of my men moved up the flank of the confederates. 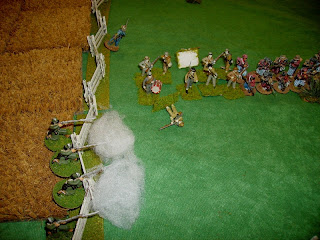 But at this range the return fire was brutal. 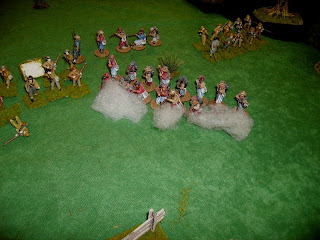 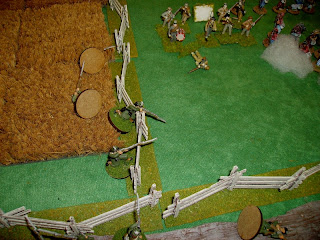 My remaining men bravely held the fence, and their greater rate of fire helped make up for the Confederate troops greater numbers. 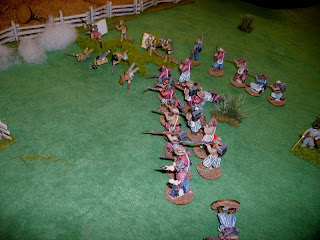 Losing the firefight, the Tigers charged!..but failed to dislodge the fences defenders. 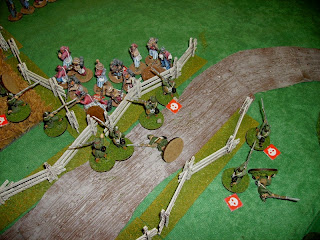 Seeing they had less men left than they needed, the remaining Confederates retreated. 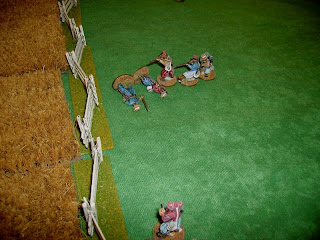 The Confederate attack had nearly won a great victory, but the massive firepower advantage the Union had with their breechloaders won the day, but with 30% casualties to the Union side.
Posted by Herkybird at 16:16