A Berdan the hand is worth two in the bush?

The first game was a battle of manoeuvre...

The battlefield, the Union troops would form on the left in this picture. 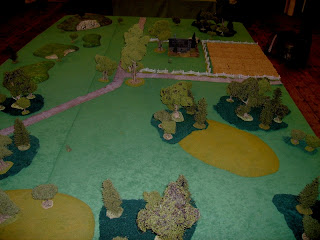 A view from the Confederate lines. 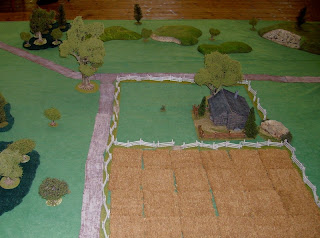 The 'Tigers' were supported by some less flamboyant troops! 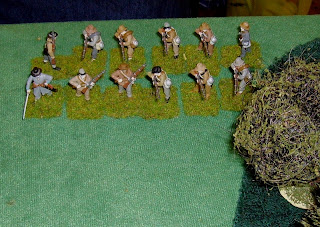 The main body of Louisiana troops formed in or behind a wood. 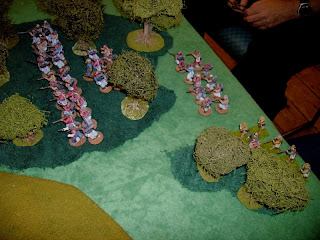 The Union troopsformed with their right hiding in some trees. 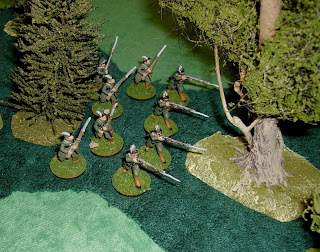 The remainder formed behind some low hills. 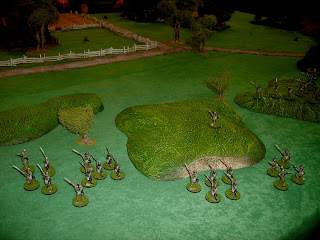 The left wing of sharpshooters pushed forward to clear the farm ahead. 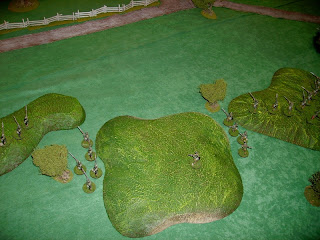 The fellers in the wood moved to the wood edge to spot the Reb positions. 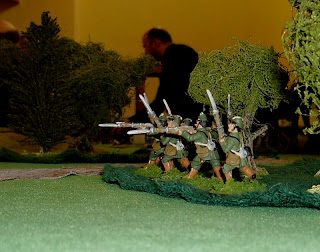 The Confederates pushed forward too, keeping to cover when available! 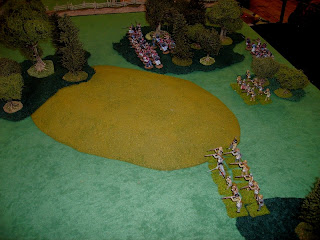 Lawrence and Gareth, the Confederate commanders from my position! 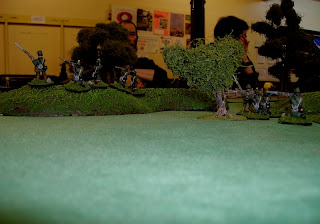 Ian's men on the right saw some of Gareth's men crossing a gap between woods, and shot. 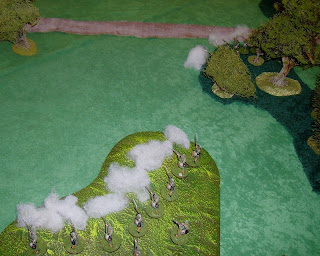 Despite the range, the breachloaders took a toll on the advancing Rebs. 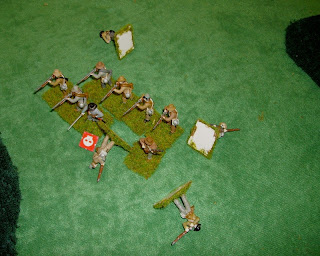 My guys reached the farm. 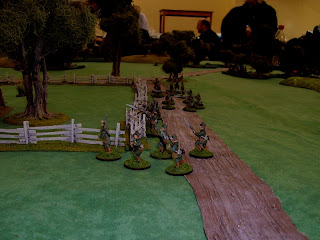 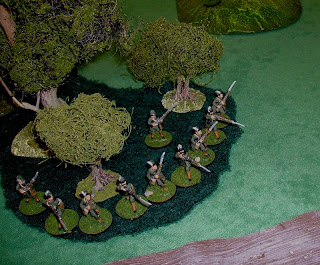 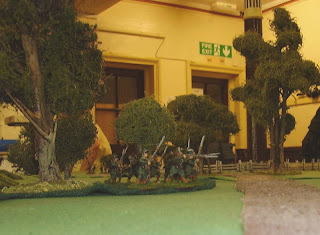 My guys, seeing no Rebs in the farm, moved towards the right. 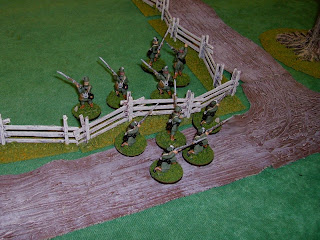 The Rebs, awed by the Union accuracy, withdrew to cover. 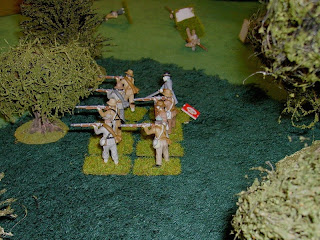 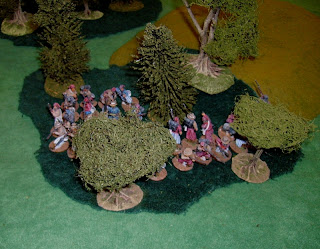 Some of my detatched 'shooters' secured the farm. 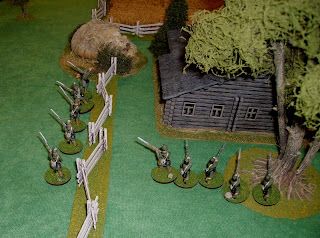 ..while the rest were on a 'Tiger hunt'! 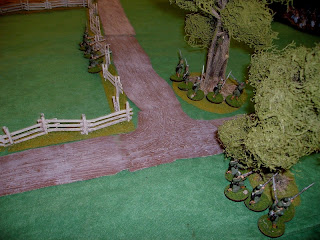 My men, finished at the farm moved round the Rebs flank. 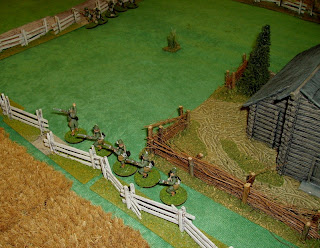 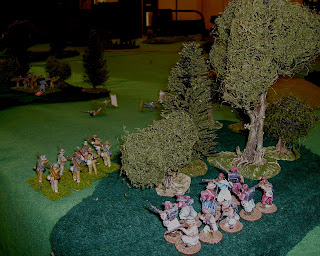 Well, boys, on to Richmond! 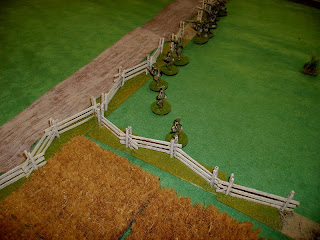 The battle was suprisingly quick and bloodless, and the reason became clear after the game, the Confederate troops were all armed with smoothbore percussion muskets, and did not fancy attacking across open ground against 40 men with breachloaders!!!

The second and more bloody game is at: Revenge of the Tigers
Posted by Herkybird at 17:00