This week, lacking Lawrence and his lovely hills and woods, we did the best we could and tried a first draft of my ACW skirmish rules...

The scenario involved a Union company of raw troops, covering a bridge, reacting to a Confederate company of Average troops moving to seize the bridge. 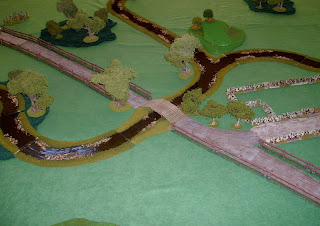 The Rebels advanced on a broad front. 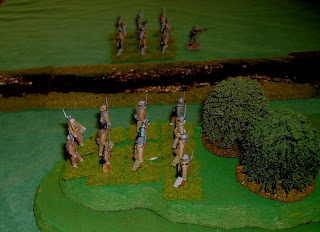 The company command, and 1 squad moved down the road. 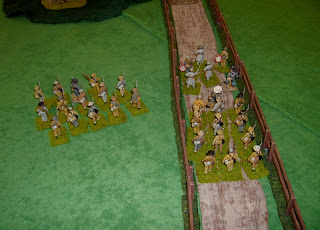 On the other side, the Union company moved down the road, using 1 squad in dispersed order as a screen. 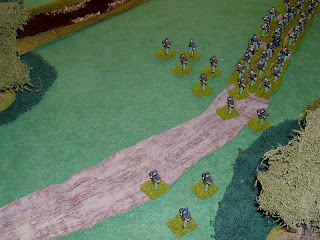 The company of Raw Ohio boys outnumbered the Virginians somewhat! 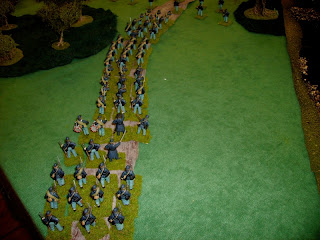 Phil, having spent two happy years in lovely Georgia, was keen to lead the Confederates! 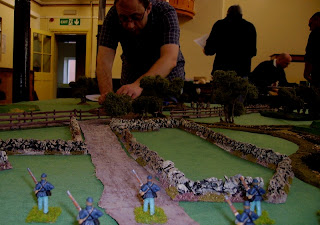 Seeing the advancing 'Bluebellies', the rebs in the road hopped over the fence to take cover in the woods. The boys in blue reacted to the Confederate appearance by moving rapidly toward cover in some stone walled enclosures. 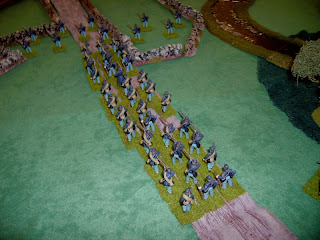 The second platoon moved towards the right to try and outflank the rebel positions. 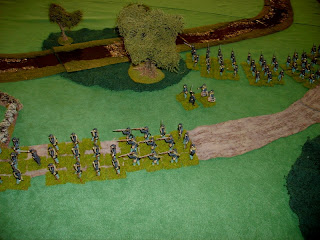 The Virginians took up positions in the woods. 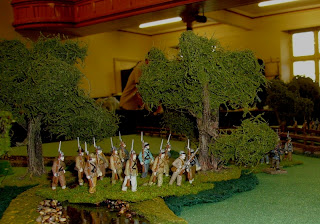 The 2dn platoon of Union troops waded across the stream to outflank the Rebs. 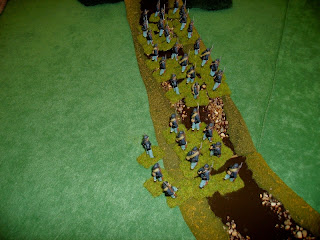 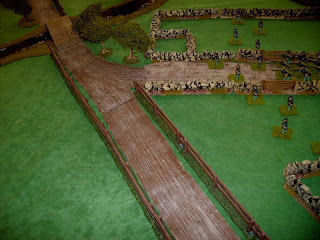 ..not surprising! - the Rebs had chosen their battlefield and were waiting! 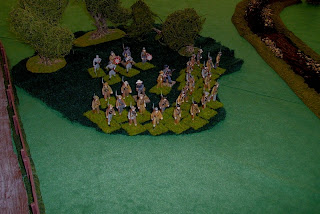 The union skirmishers checked warily down the road.. 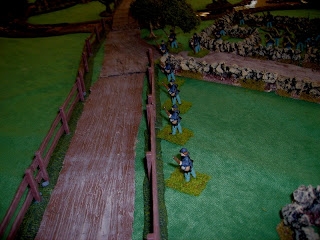 ..while the rest of the men filled a stone enclosure facing the bridge. 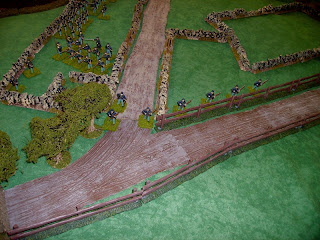 The 2nd Ohio platoon dispersed, looking for positions of advantage. 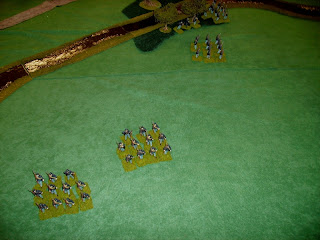 The first platoon waited hidden behind their walls. 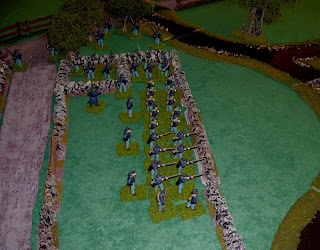 The captain ordered the lieutenant to wait for the 2nd platoon to act before he got engaged. 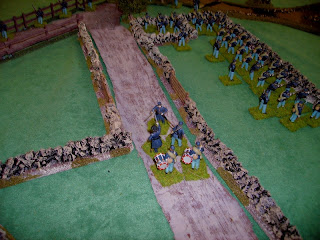 half the 2nd platoon reached a convenient wood. 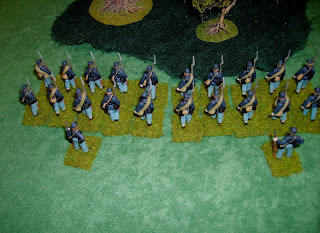 2nd platoons lieutenant followed a squad towards a small hill overlooking the ford. 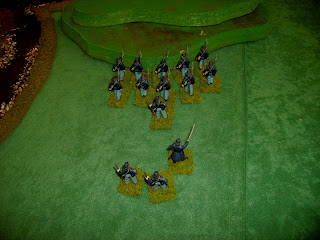 ..leaving 1 squad to join 1st platoon in the enclosure. 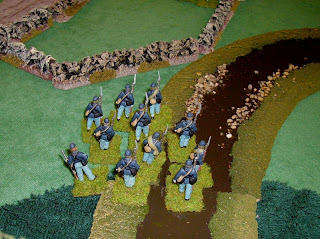 The 2nd platoon moved to occupy the edge of the wood. 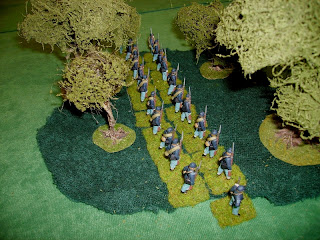 In a very 'Butch Cassidy' moment, the central squad breasted the hill and were blown away by accurate Minie rifle fire, taking 60% casualties! 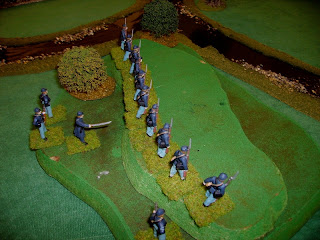 The Union troops, realising the futility of further advances, fell back further into cover, leaving the field to the victorious Virginia boys!

As a game, it was quite enjoyable, but we all felt the rules need some modification in regards to shooting to make the game more playable!
All rules need to balance the sensation of reality with playability and enjoyment.
Have to make those Minie balls less deadly at longer range, methinks!

Ah, the joys of playtesting!!!

Phil - the Confederates
Ian and myself- the luckless Unionists!

All the figures (apart from 4 Dixon figures) are Perry Plastics, having their first outing in approx 2 years since I painted them!
Posted by Herkybird at 10:46