On 24th January 2012, it is the 300th anniversary of the birth of Frederick the Great (Friedrich der Grosse).

It seemed a good idea to do a 7-years wargame to mark the event!


Both Prussian (left) and Russian forces (right) deployed in 2 lines, with cavalry on both wings.
The Russians were hampered by several woods in their deployment area 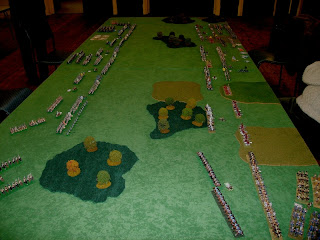 The Russian right was  2 full lines of infantry, with a battalion of dismounted dragoons and a combined grenadier battalion as reserve. 5 cavalry regiments deployed behind them. 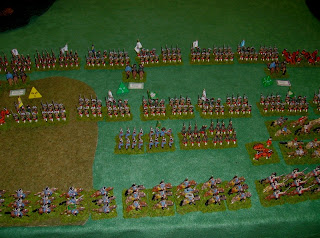 The Russian centre, having to cover a larger gap in the woods, deployed in 2 lines, but dangerously extended. A low hill on the left was guarded by light troops only. 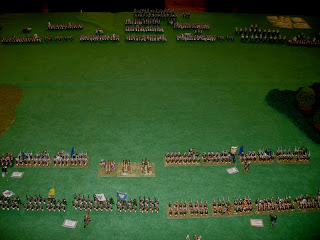 The Russian left was composed of a large force of Kuirassiers, Dragoons and light horse. 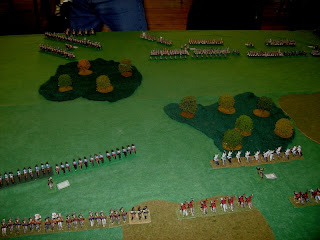 Facing them, the Prussin right, was Kuirassiers, backed and supported by Infantry. 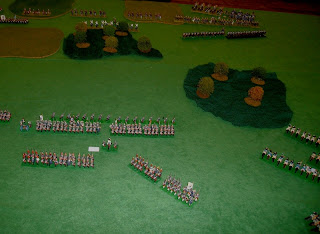 The Prussian centre was 2 lines, backed by a heavy cavalry reserve. 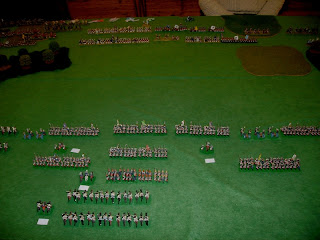 The Prussian left was good Prussian infantry backed and flanked by Kuirassier and Dragoon regiments. These were commanded by a guest player in our game, Paddy the Prussianophile! 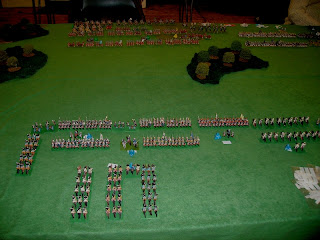 As the game got underway, despite the presence of some poor generals - the Russian right advanced, and the cavalry began to move into a wood on the extreme right. 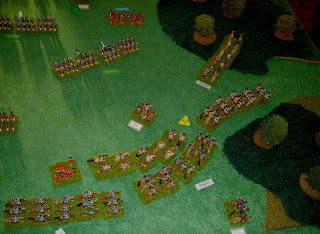 Some Cossacks and Serbski hussars detached from the right wing cavalry began to filter onto some light woods on the centres right. 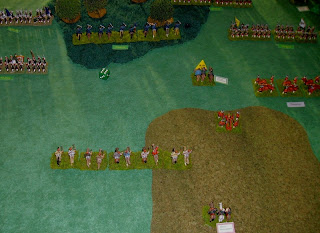 ..This allowed the centre to advance relatively safely! 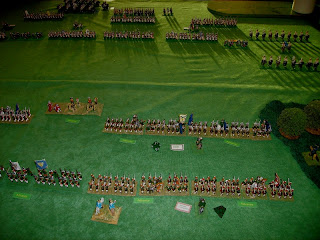 The Russian cavalry moved wide on the left wing to outflank the Prussian right. 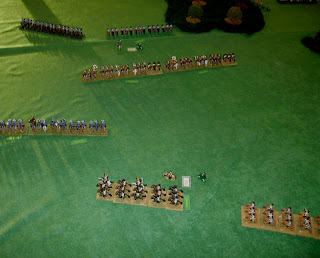 The Prussian left was soon in contact with the Russian right. 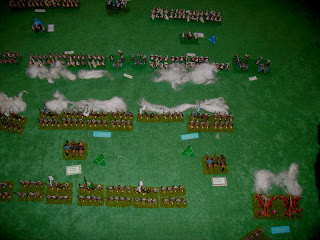 Both sides fed in new battalions to try to overwhelm their opponents. 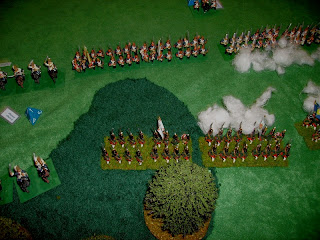 A fierce to and fro light cavalry battle occured when the Serbski hussars bumped into Prussian hussars coming the other way! 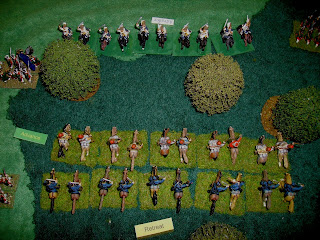 ..In a very short time, only a weakened Serbski hussar and a single Prussian hussar unit remained! 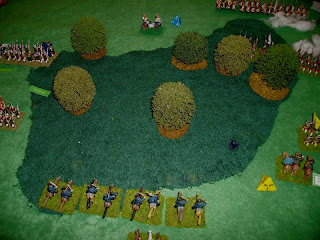 As the Russian centre advanced, the Prussian artillery fired innefectively. 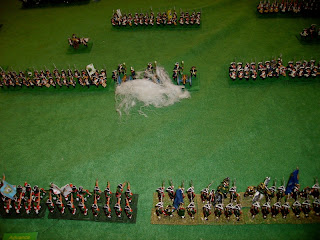 The cavalry on the Russian right tried to outflank the Prussian left wing. 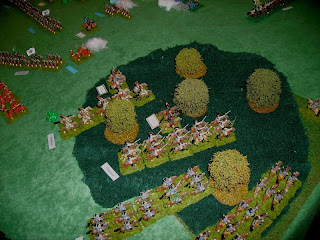 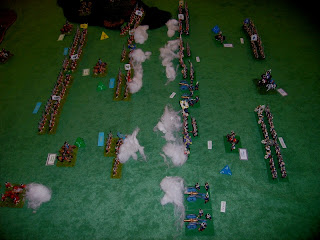 On the other wing a Russian dragoon regiment nearly beat a Prussian Kuirassier regiment! - but did manage to shred it before the dragoons broke! 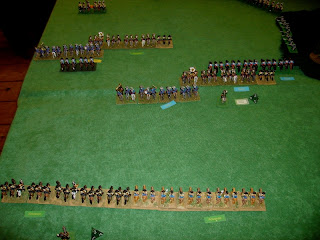 In the centre however, the Prussian infantry managed to break through the extended Russian centre, forcing the Russian army to withdraw from the field while they still had their horse intact!

More importantly, it was a good game!