Today, after missing a week's club for Storm Arwen! - we were back for a game of naval warfare using Galleys and Galleons - which our friend Lawrence has!

We were using some cute little ships representing the 18th century Royal Navy and the Sultanate of Rhum!

I sent my pirates forward, with my flagship in the lead. 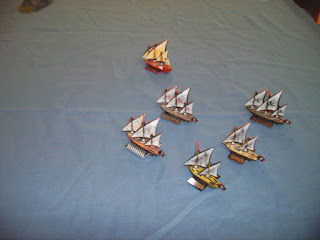 A long line of small volcanic islands traversed the table. 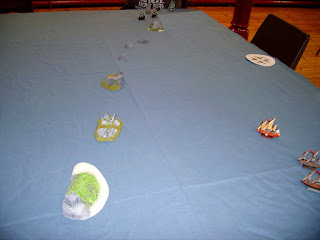 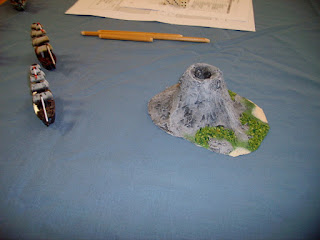 I managed to get one ship to turn right to outflank the English before I rolled a double 1!!!- everything else ploughed forward, slowly! 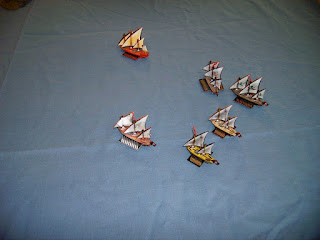 Phil, commanding the RN was keeping his fleet in a good formation. 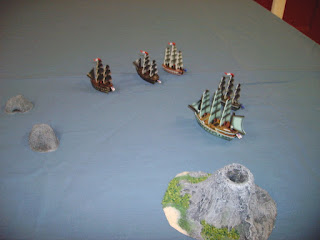 I finally managed to get my fleet going the same direction!... 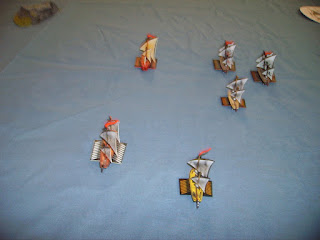 ...before turning to pass the islands. 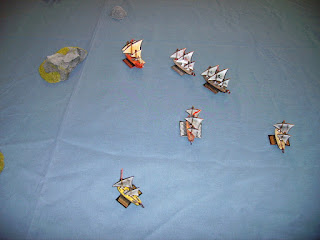 Phil was making it hard for me, keeping his big ship between me and the 2 Merchantmen which I had to stop. 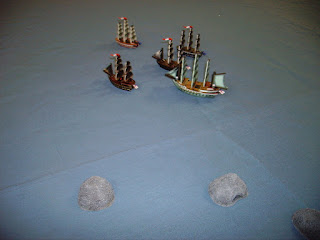 I sent a light galley in a berserker charge! - I hoped to break into the English and board a Merchantman! 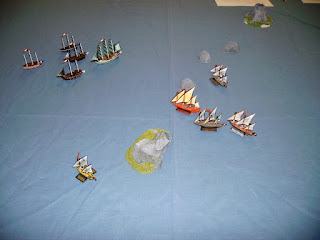 I opened fire on a Sloop! 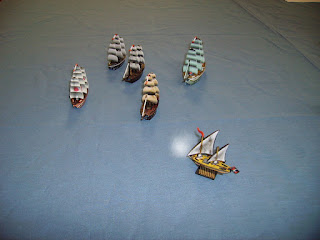 The rest of the fleet tried to overwhelm the Frigate with numbers. 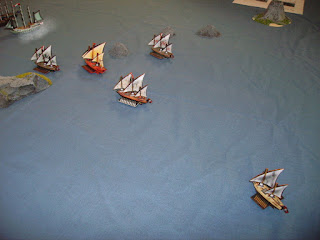 I got into the English fleet with my galley, but failed to hit anything... 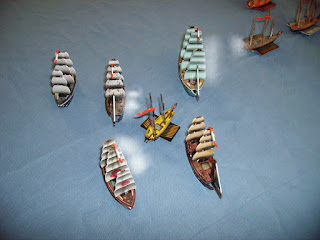 The return fire hit my magazine, but Phil didn't throw a 1 on a D6 for any of the 4 ships surrounding me, so none of them caught fire (sigh!) 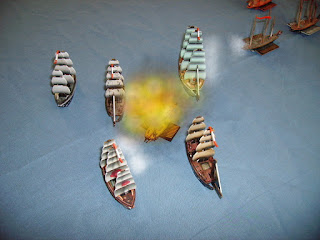 The rest of my fleet was losing a firefight, and couldn't get close to the well screened Merchantmen... 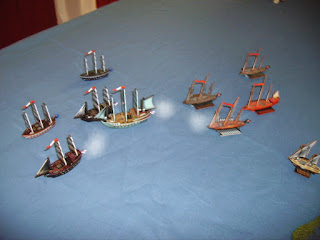 The Merchantmen were racing ahead to safety. 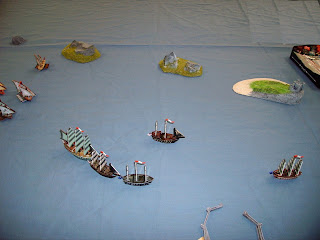 My Admiral called it a day, and returned to port! 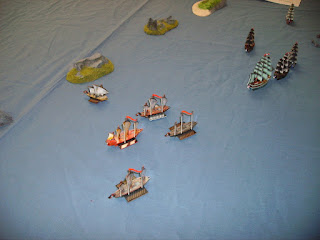 A good victory for Phil, and his well controlled fleet!
Posted by Herkybird at 18:17