I based the game on a Clone Wars episode: Victory on Ryloth, where Wat Tambor orders the destruction of villages on Ryloth. Anakin Skywalker and Ahsoka Tano struggle, but succeed in stopping the bombers. 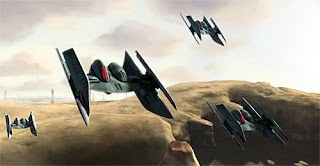 I only have one Hyena, so I used a heavily escorted one with 5 Vulture droids. I had Anakin and used Ahsoka and a V-19 Torrent run by the solo rules.

The battle would be won if I killed the Hyena, or the Seppies killed a Jedi. 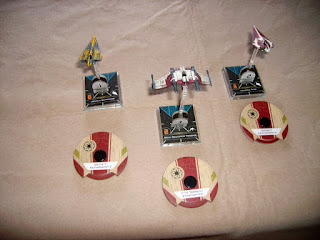 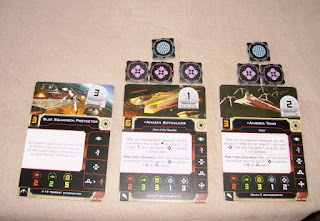 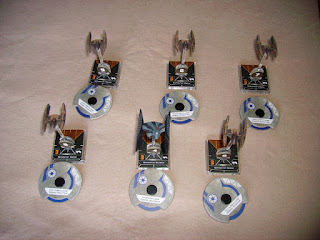 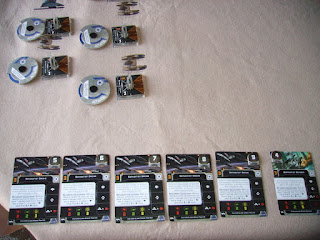 All my ships kept straight on... 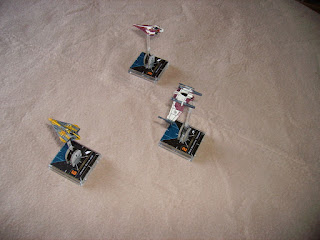 ...as did the Separatists. 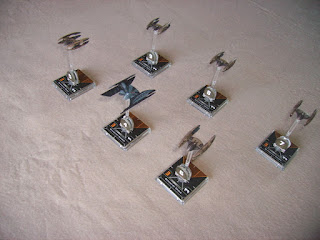 We quickly got into shooting range... 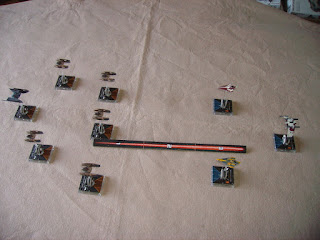 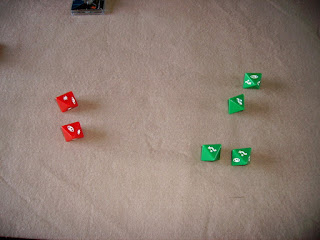 As we passed through Ahsoka diced for the same manoeuvre, a Koiogran turn, which put us behind the droids. 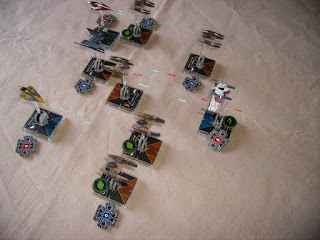 I got a stressed marker, but it was supposed to be worth it... but we missed! 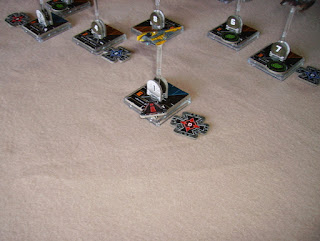 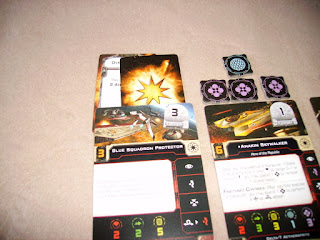 We twisted in a confused melee 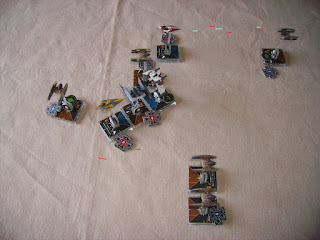 I damaged a Vulture droid. 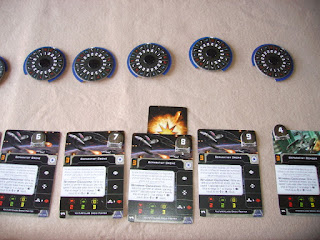 I got a lucky shot next time against a Vulture which turned in front of me! 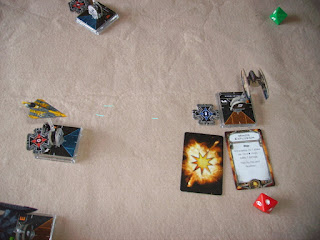 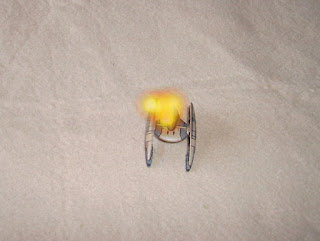 Anakin turned off as several other droids were closing on him. Ahsoka and the Clone were still evading the fire of the droids. 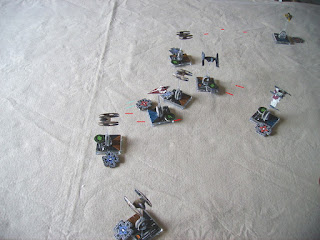 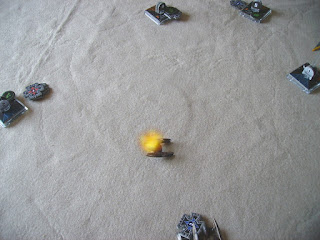 I finally got back into action and co-operated with Ahsoka... 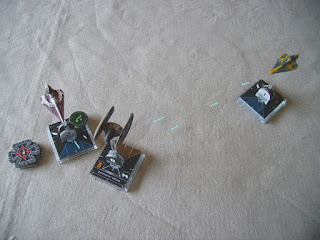 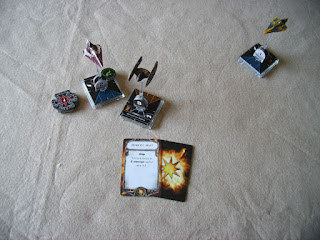 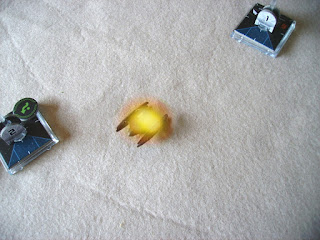 I turned, Ahsoka Koiogran turned onto the Hyena, which was isolated by its limited maneoeuvre choice. 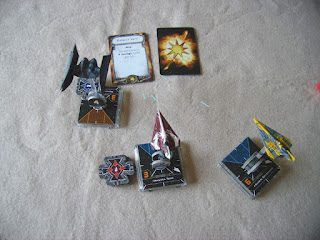 Ahsoka got a point of damage... 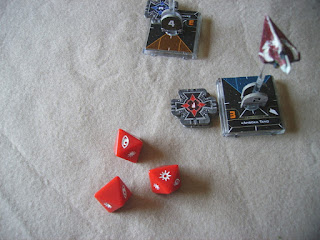 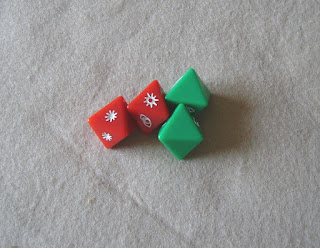 That was just enough! 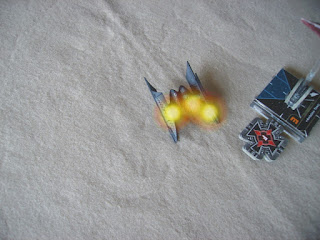 The Clone had been weaving around, being saved by an evade action marker more than once! 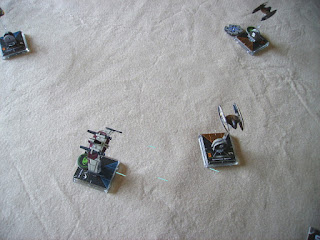 I had trouble due to the bright sunlight outside - but when I closed the curtains I wished i had done it before! 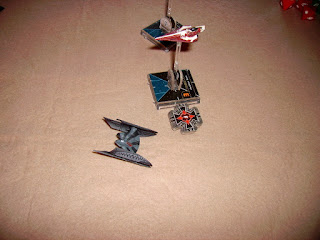 I think I have the Solo rules right now, and they will be up on our club website as soon as Andy gets round to it!
Posted by Herkybird at 15:53