Frederick on a roll...

Today, we had a Seven Years War game, Phil being involved in a Bolt Action game, left Lawrence and myself to play.

I used my Prussians, and Lawrence his French and Reichsarmee force.
For once, I diced to be the attacker, and was allowed to deploy in the flank sectors of the table.

I placed a flank guard of a Kuirassier regiment and 2 Dragoon regiments on my left, supported by a brigade of 3 Grenadier battalions and a battery of guns... 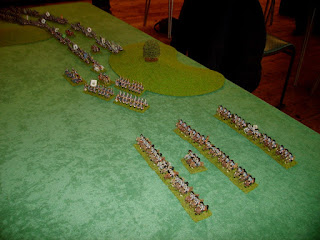 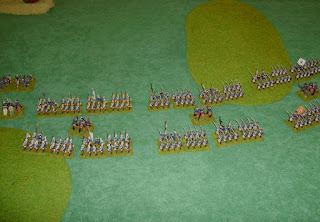 ...and my right consisted with 2 Kuirassier regiments supported by a light gun and 5 squadrons of Hussars. 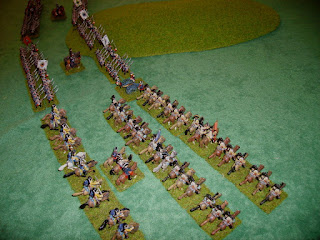 The French right had 4 regiments of horse behind an infantry line. 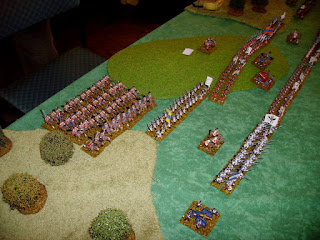 Their left looked weak..but looks can be deceptive! 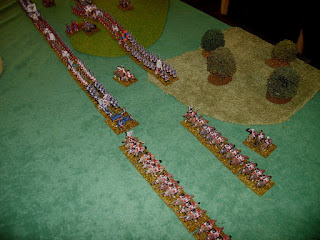 I decided to push the French left and leave my left to contain the French. 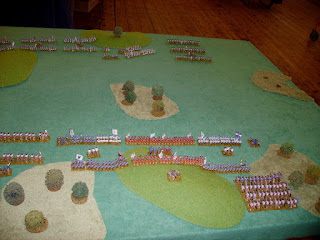 The French drew a fair mix of brigadiers but not bad overall... 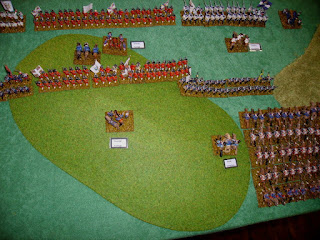 My right had a brave competent leader...Von Seydlitz! 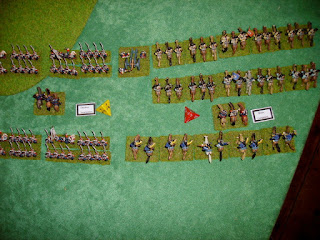 My centre brigadiers were a cautious lot! 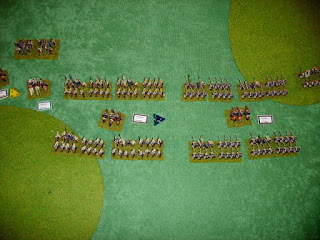 The Grenadiers were led by a buffoon - so I placed Frederick behind him to...encourage and guide him!..my left cavalry had an average brigadier, who could look after himself! 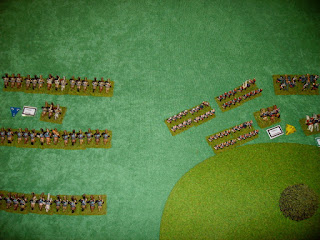 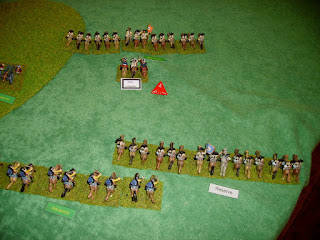 My infantry began a slow advance, though one of incompetent brigadiers forgot to tell a regiment in the second line to move! My fusiliers halted to let the line sort itself out! 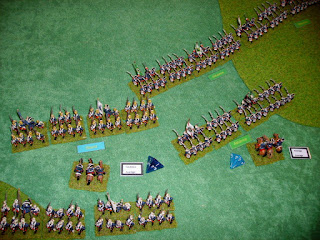 With Frederick's help my Grenadiers advanced with their guns. 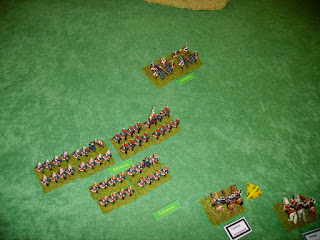 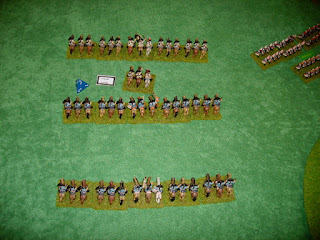 The French right wing horse began filtering through the woods to form up. 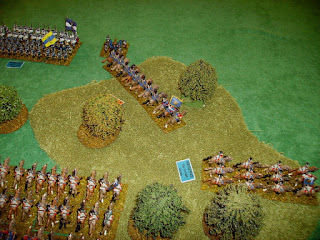 Their left advanced to counter Seyditz. 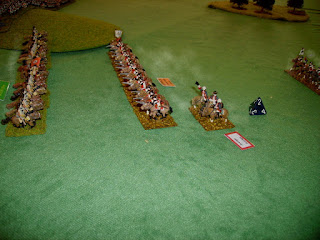 KR7 charged, but the Reichs Kuirassiers balked and fell back, being caught just in front of their second line! Dreadful dice rolls! 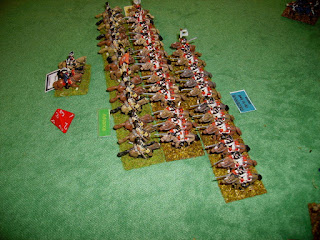 With space to move, my Hussars and second Kuirassier regiments began to outflank the disrupted Reichs cavalry. 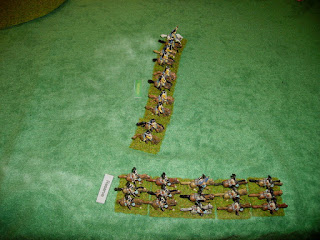 In the centre, I finally got my line sorted! 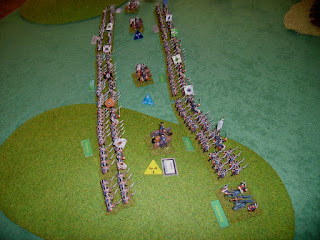 In the battle with KR7 the Prussians cut the retreating Reichs Kuirassiers to pieces - again the dice favoured me! 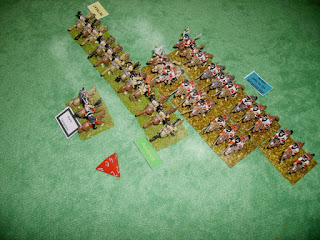 The first Reich cavalry regiment routed through the woods, letting KR7 drive the second regiment back in disorder, again Lawrence's dice let him down! 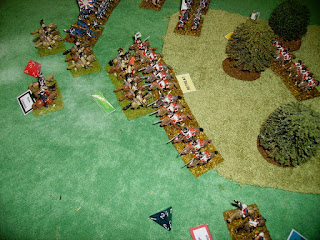 2 of my squadrons engaged a Reichs gun battery... 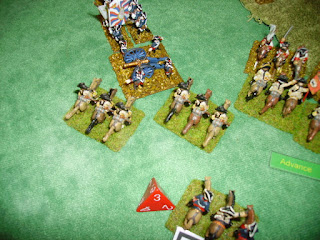 ...the brave gunners stood to be cut down. 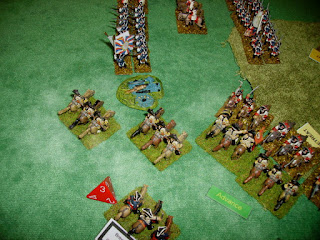 KR7 was still chasing fleeing enemies, and ran into more Reichs regiments in the wood... 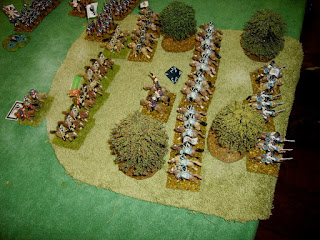 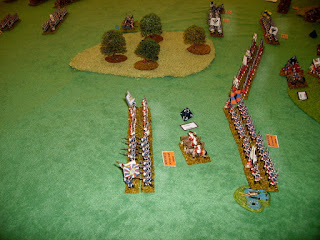 The wood in the centre of the battlefield hampered his Elite Swiss. 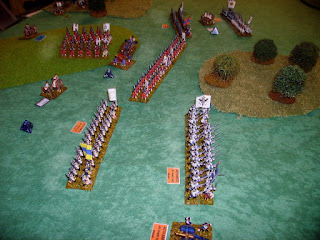 KR7 now completed its rout of the French left...I kept throwing well, and poor Lawrence badly! That '1' on the red die is one of his! 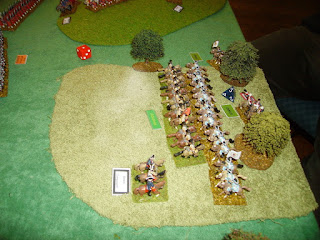 At this point, Lawrence decided to call it a day! When the dice are against you, there is nothing you can do! (I have had days like this too!!!)

We will have another game of this next week, and we all hope it will be more...satisfying!!!!