Today, we did another 7 Years War game, once again, Lawrence got the initiative, and forced me to deploy first (I could keep 1 brigade to deploy after the enemy had deployed).


I deployed my Prussians conventionally with cavalry on either flank. 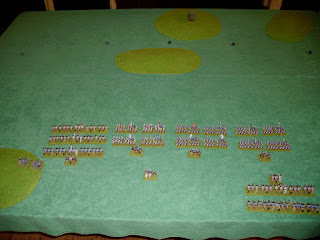 As the French had outscouted me, they got a large area including the flank zones. 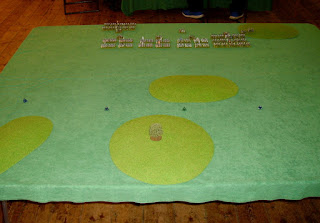 They stuck a larger infantry line in front of my line, the leftmost brigade being grenadiers. 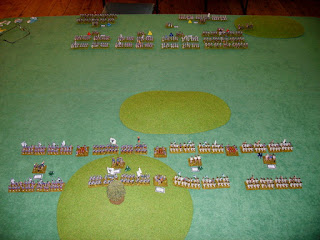 Their left consisted of 2 regiments of Kuirassiers and 1 of dragoons. 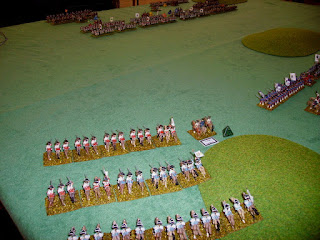 Their right consisted of 2 Austrian Kuirassier regiments, backed up by a dragoon regiment. 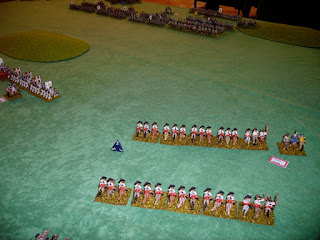 I deployed my last brigade, 3 battalions of grenadiers, behind my left wing. 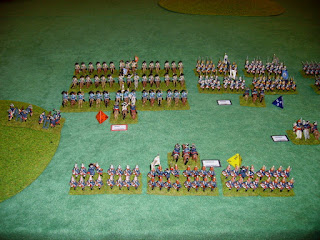 My right had no artillery, and was a kuirassier regiment down on my opponents. 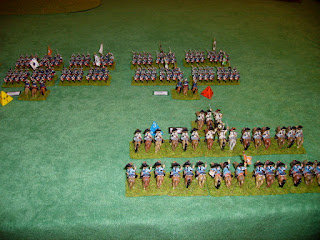 The French plan seemed to be a general advance to sweep the Prussians away. 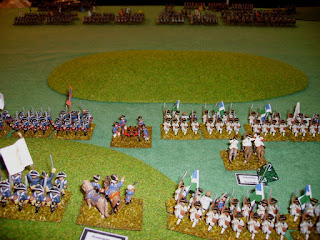 I rapidly managed to begin redeploying my right wing, I detached IR24 to support my outnumbered cavalry. 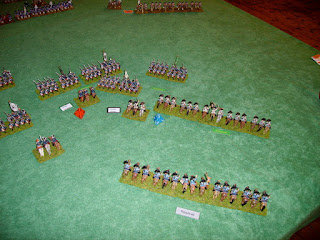 My infantry centre - like my opponents line, began advancing. 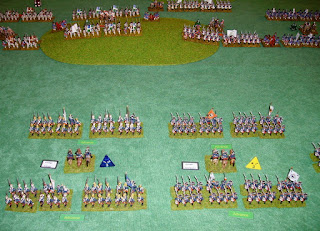 My left, despite having a Brave and Competent general (Seydlitz) only got the 2 kuirassier regiments moving, Frederick in the centre having to prompt the dragoons to follow!... 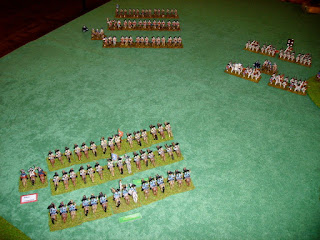 ...  - we had to wheel out of the way of the advancing French infantry, and make way for the guns and Grenadiers to engage them. 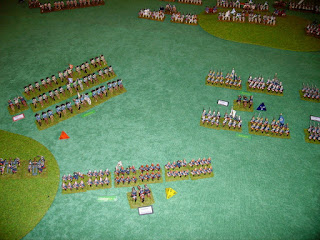 One battalion of IR24 stood to face a charge by the Reichs Kurassiers. 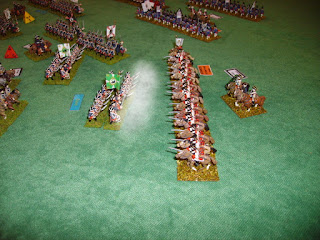 40% losses from my short range volley! 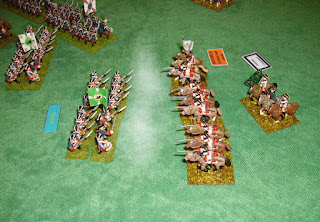 The kuirassiers were stopped dead. 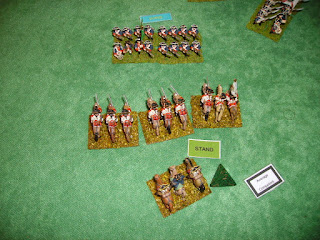 On the other wing, Seydlitz got his lead kuirassier regiment to charge the Austrians...here began a long series of 1,2,and 3s on the French D6s! 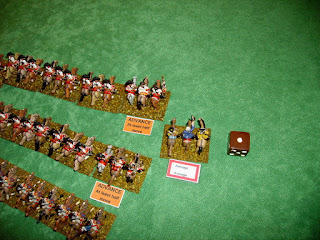 Both Austrian kuirassier regiments balked and retreated back, their supporting dragoons routed! 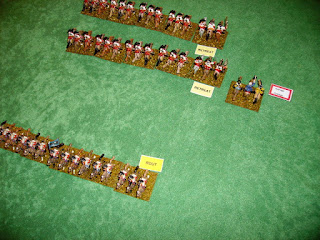 On the far wing, the Reichs Kuirassiers were routed by another volley from IR24, and their following kuirassier regiment retreated in response, only the Wurtemburg dragoons stood. 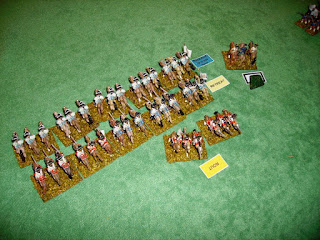 In the centre, the French infantry fired ineffectively along the whole line! The Prussian return fire blasted a Farenthiel regiment, which broke! 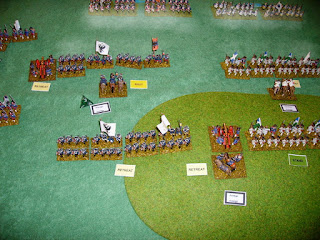 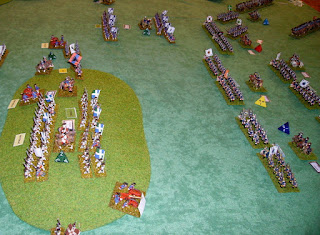 Only the French infantry of Regiment Navarre were still advancing towards my Grenadiers...the disordered Austrians continued to fall back. 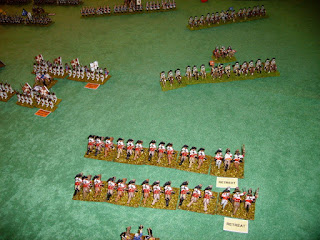 The French centre (Barring the brave grenadier brigade) now got swept away from the rout, even the artillery retreated. 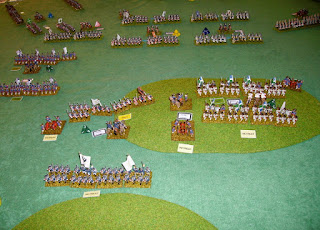 The Prussian cavalry now advanced round the flank to engage the shaken Reichs cavalry. 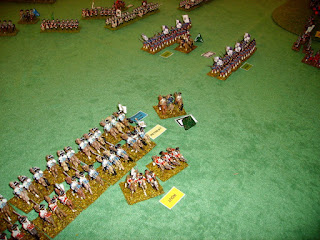 Understandably, the poor French commanders decided there was no way to recover, and signaled the retreat, the Prussians had lost no stands at all!- and were in good order!

It just shows how a run of bad dice can mess up your day! - we have all been there sometime!