WW1 Spearhead: Fighting in the woods

We did a curious battle in the Ardennes forests today, with a French division facing a German one.
Lawrence acted as an umpire, allowing the game to be played with hidden movement, great for building tension and confusion, bad for taking pictures!

I will describe this battle from the French point of view, so you can get a taste of the game...


The terrain was a bit makeshift, most of our club terrain being for 28mm! - as we are fighting in the Ardennes, all the 'Woods' bases are actually clearings, all the standard dark green cloth is woodland! 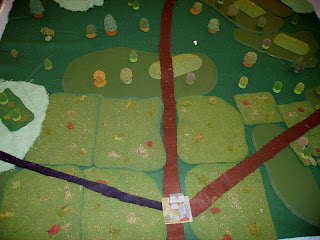 The view from the other end, where the French right and German left would be. 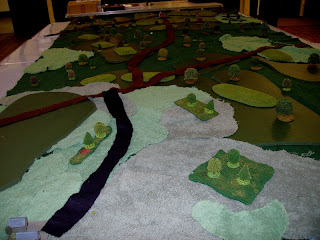 The centre of the table, a scene of intense, but unseen action!!! -The French plan was to send my single 84eme regiment up the right in this picture, while Ian, with 1, 43, and127eme regiments on the left of this picture, assaulting our objective, a town. 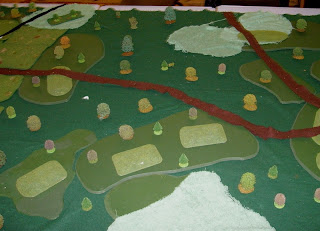 I moved Infanterie regiment 84 up a road on the right of our deployment area, where three of my compagnies saw some scouting German horse on the road ahead. 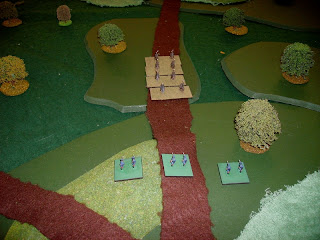 The Germans were dispersed, and neither caused or took significant losses. 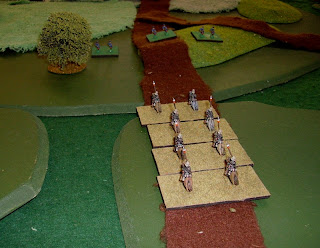 They rapidly deployed out to probe the flanks of my position. 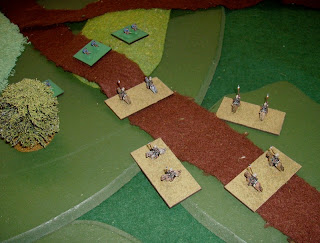 ..and saw the front of my 1eme battalion. 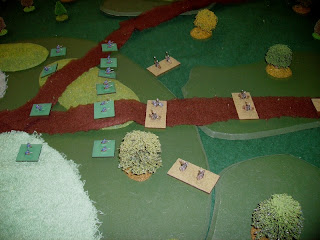 My French brought machine guns up to reinforce my front line, and the Germans brought up a regiment to support their cavalry, taking some damaged from the determined French. 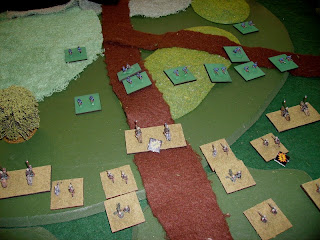 More and more Germans appeared..my orders to try and attract the German forces while Ian took the town were working only too well! 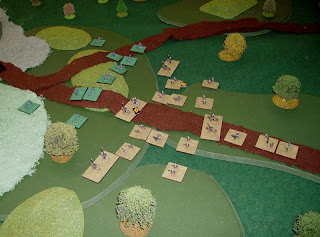 Both sides called in supporting artillery, but in the woods, casualties were light. 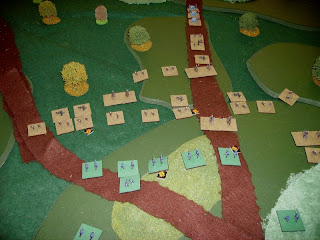 The Germans consolidated their front as the French stood firm. 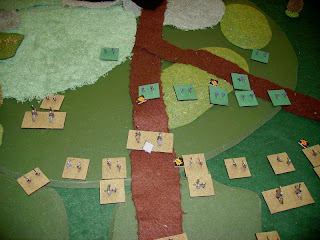 They then began to infiltrate round my position. 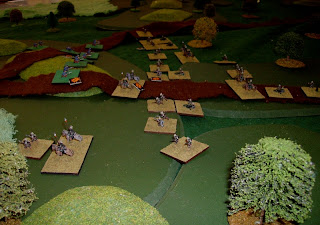 Finally, the german pressure was too great, and the cente of my line was assaulted and destroyed by the fierce German attacks. 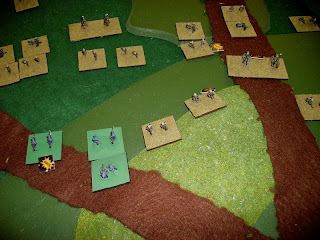 The Germans swarmed forward looking for the rest of the French. 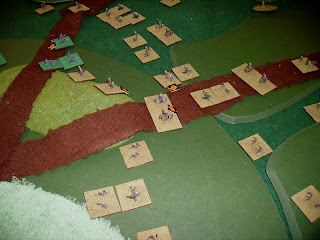 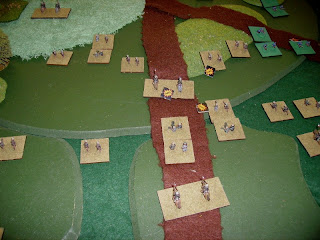 Dave - minus his hat!- the German commander 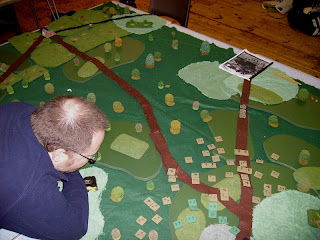 Ian, serene with the knowledge of where the mass of the French army was! 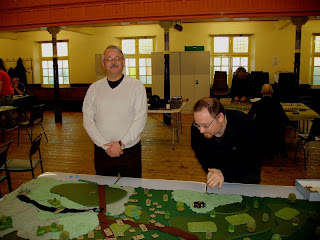 The remnants of my front battalion fell back to the line of my second battalion, but could do nothing to stop the 3 regiments facing me pushing round my flanks. 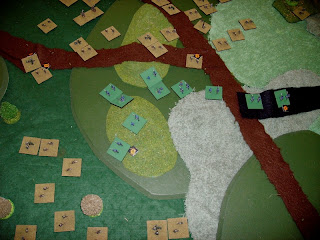 We were becoming very isolated! 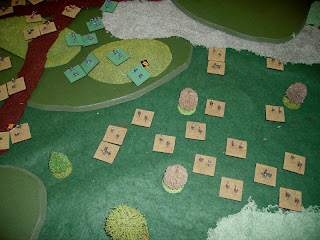 One final assault went in and my regiment failed its 50% loss test and fled! 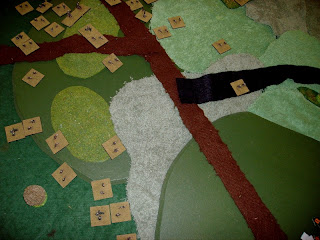 At this point, Ian, with the mass of the French appeared, ready to take the German artillery and attack the German rear. 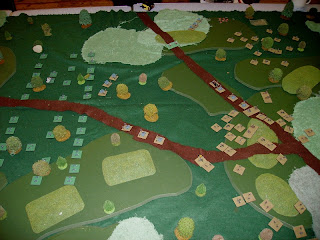 The Germans were dispersed, and largely unable to react to this new threat. 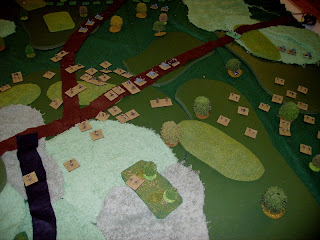 The game ended, it turns out the Germans had left the village Ian took and marched along the table, unknowingly pursued by Ian's French! 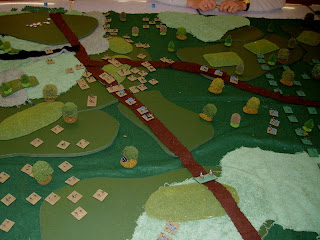 A good game was had by all, and Lawrence did very well keeping us all in the dark!
Posted by Herkybird at 21:59