The Fight before Christmas!

Ah well, Christmas is nearly upon us, and the last game of this year! - We decided to do a Dark Ages game between a raiding force of Vikings, and Ian and my Anglo-Norman force.
The random army choice in the lists favoured the Vikings, so we were in for a hard fight.. 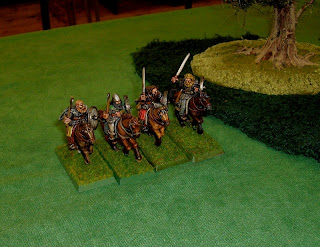 ..Berserks and missile troops in the woods next to the horsemen. 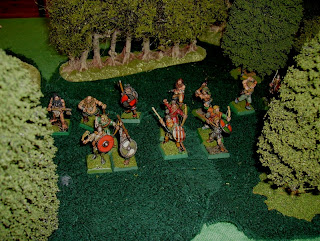 Phil (left) and Lawrence. Jed (from the Napoleonics) standing. 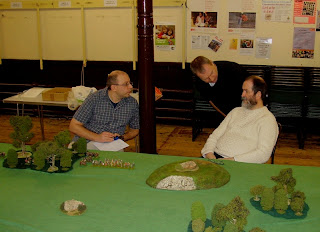 My ally Ian's force on our left wing. 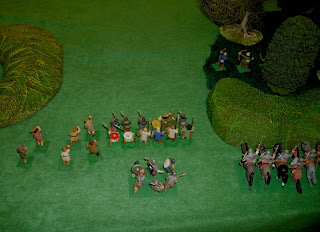 Ians peasant archers in a wood. 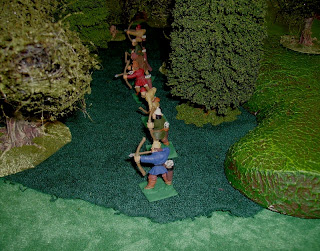 My Normans on the Saxon right. 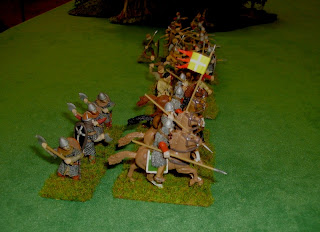 Ian began the battle by advancing his archers. 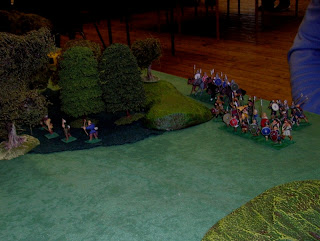 I advanced my whole force to the left in their support. 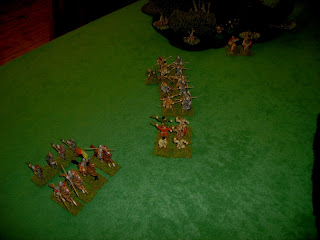 The Vikings advanced from the wood to engage us. 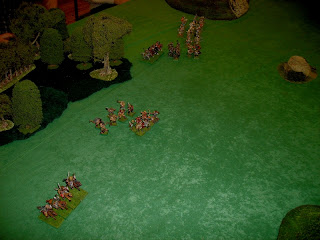 Lawrence (the viking left) slowly advanced, allowing Phil to close with him. 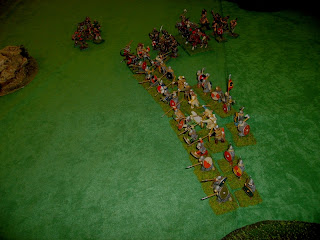 The slow advance allowed the Bowmen in the Viking shieldwall to shoot the Saxons. 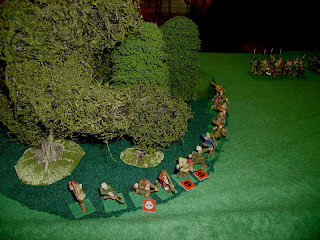 Phil moved a part of his force to intimidate the Saxons..but the return shooting from the Anglo Normans sent them scurrying for cover! 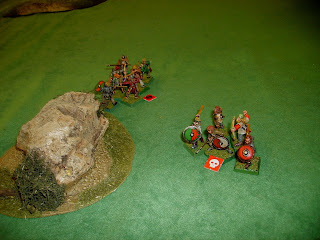 Arrows and slingshot bounced off the Spearmen, but Lawrences bowmen were hurt! 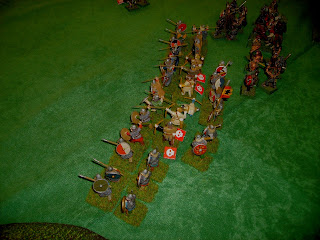 The doughty Saxons were holding their own! 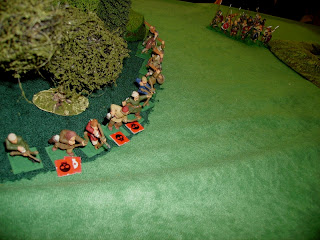 I finally got some Norman slingers to join the fight. 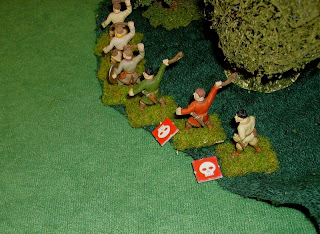 ..which was as well, as Ians archers were starting to suffer as Phils bowmen joined Lawrences in shooting at them. 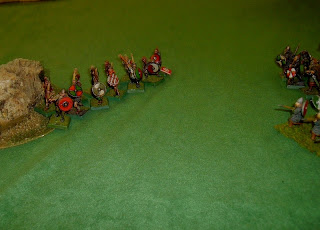 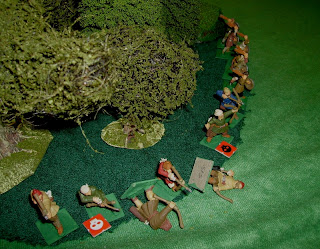 Phil moved his Berserks and Javelinmen to their left to face my Normans. 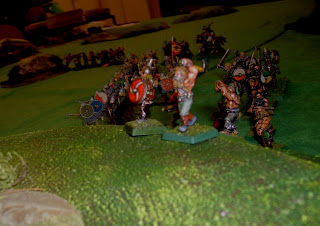 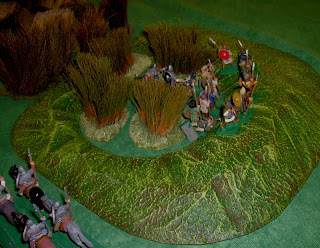 ..who had emerged from behind the big rock! 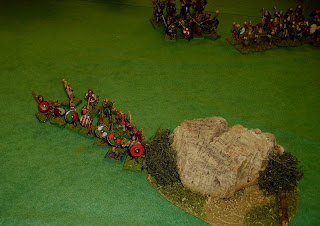 Phils flanking force took up position on a hill facing the Normans. 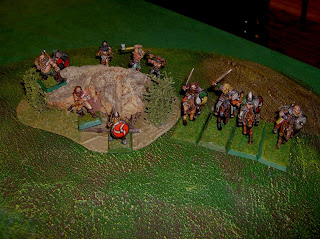 He advanced his Javelinmen at the run against my slingers. 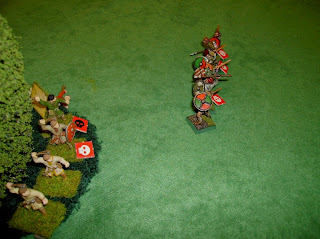 On the Right wing, Phils Bowmen taunted the Fyrd.. 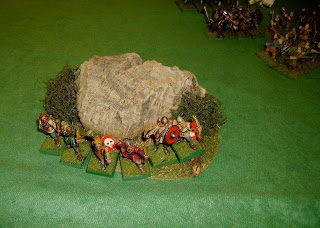 Faced by the Javelinmen, the Norman slingers withdrew towards their Knights. 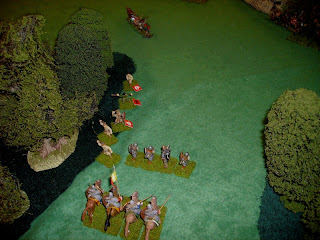 The whole Viking force advanced towards the Normans. 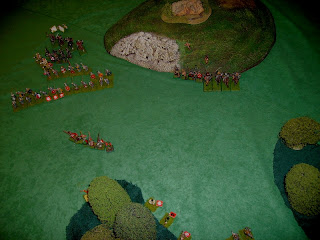 The lack of armour prevented the Fyrd from facing the Viking bowmen, and the Anglo Norman archers were losing the shooting match.
The Normans were outnumbered. So seeing no chance of victory, the Anglo-Normans quit the field.

The battle was a brief skirmish, unusually, no casualties occured from melee!
It was fun!


Thats it then, off till 2012. May I take this opportunity to wish all my readers (and especially my blog followers!!) - A ..