Yesterday, Saturday, I had my last club day for a month, due to work and family commitments mostly, so we did a WW1 air day. Seems appropriate for Remembrance weekend.

We managed to get 3 games in during the day, the newly modified solo system running the German aircraft is quite as fast as the old version!
The first game was a ground attack mission - we had to find the correct target (out of 4) to destroy.
All the markers were MG armed (B damage deck) armed. The primary target had 2 (B) guns. 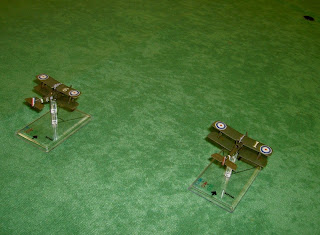 Phil and I took our SE5a's toward 1 target. 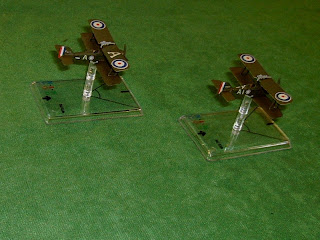 Ian and Lawrence headed for another. 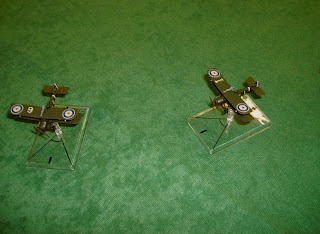 We immediately found the Primary target, and all our planes proceeded to pummel it into dust. Our aircraft took a little damage only, mainly as the ground guns kept on jamming at critical moments! 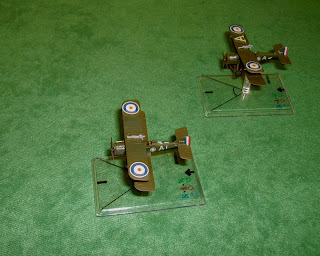 The second game diced up as another Ground attack game, but with only 3 possible targets to find the primary target in! 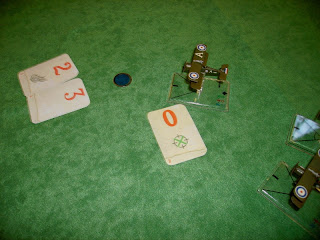 Once again we were aided by the ground guns jams... 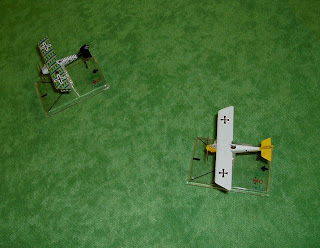 But as we attacked, 2 Pfaltz scouts came out to play too!
We managed to evade them and once again blasted the target! 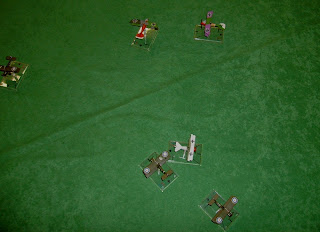 The third game was the best...Ian had to survive 12 game turns on table in the middle of a 'Circus' - with enemy and friendly aircraft joining at random.. 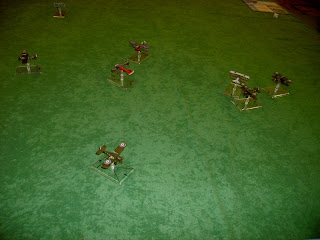 In a confused action we ended up with 11 planes swarming round, but the system gave us more allied scouts, so we prevailed! 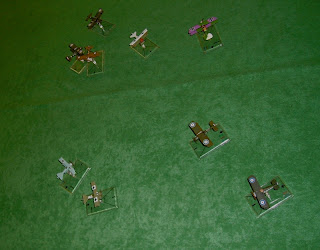 The Germans lost a Pfaltz scout and a Fokker DR1, we escaped relatively unscathed! - interestingly, the best performing scout was a Nieuport 17 run by the solo system!! - Ho Hum!

Before the games, Phil showed us more of his splendid artwork on some militia for the French and Indian wars skirmish games we do. 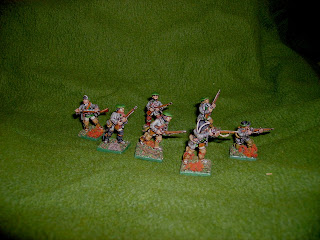 (Very nice they are too! - My only sadness is that of 4 pictures I took of them only this one came out!!!)

As always, the solo rules used are available on our clubs download page: Wings of War Solo rules
There are variants (for a few planes)  by Shaun Mather at the top, some for the WW2 version of WofW, then mine at the bottom.