We decided to do this game in respect for some rather sad news about the real commander of Easy company 101st Airborne  http://www.philly.com/philly/entertainment/20110110_ap_bandofbrothersinspirationdiesatage92.html

Near Carentan in Normandy, a platoon of the 101st (Screaming Eagles) US Paratroopers is attempting to seize a farmhouse thought to be occupied by some German paratroops (Fallschirmjäger).

The Germans deployed hidden, as usual, and are run by the solo system (see below) 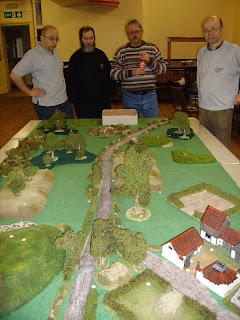 ...The Americans being run by the Awesome foursome!

Ian (3rd from left) was commanding the command section, a bazooka team and a 50mm mortar
The other three had a squad each, each having a 30 cal MG.

The plan was for one squad to go down the road toward the farm, backed up with the command elements, the other 2 squads were to clear some rough ground to their right and take a position on a large hill overlooking the farm. Both groups would then attack simultaneously and clear the defenders out of the farm. 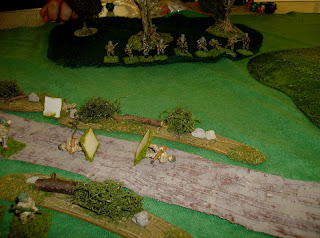 The 3 man fire-team on that hedge line were wiped out in a hail of fire. 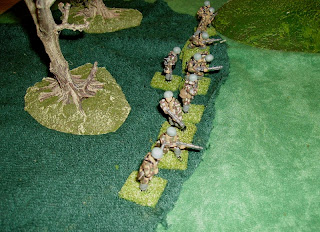 Rather than engage the Germans, the rest of the squad skeedadled up the road toward their objective. 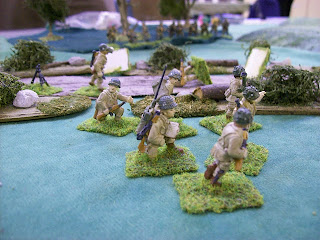 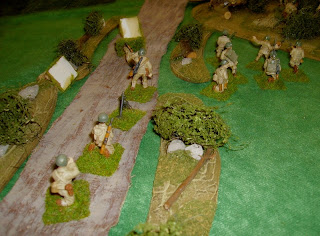 ...and were followed by the command squad who seemed very keen to get out of the way!

On the right, the other 2 squads advanced through the rough ground and an adjascent wood but came under sporadic sniper and mortar fire, which killed one and wounded another soldier. 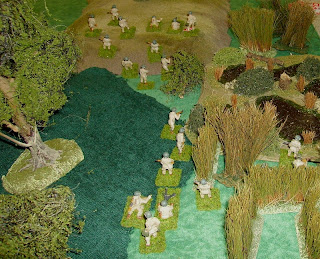 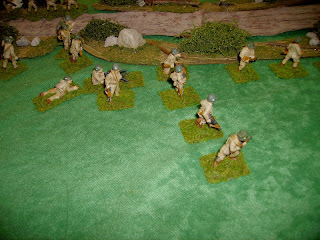 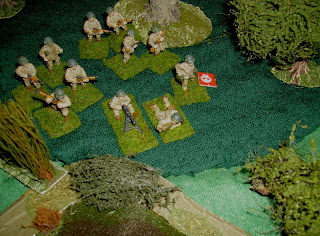 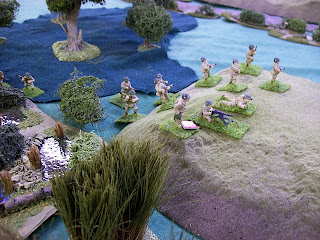 When they cleared the rough ground they advanced up a ridge, hoping this would stop the German harassment!

In the centre, the first and command squads moved onto a hill to overlook the approach to the farmhouse. 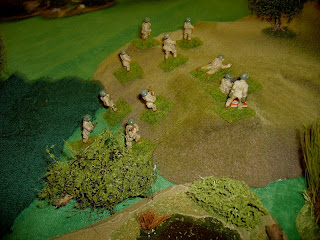 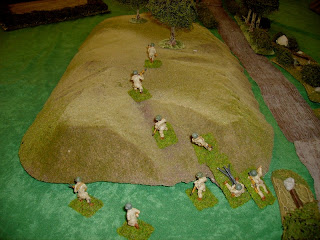 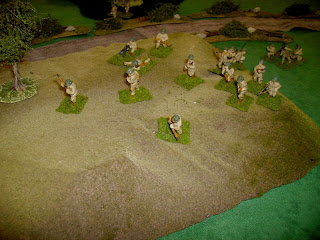 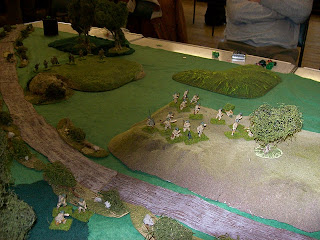 But came under fire from a squad in the field below! 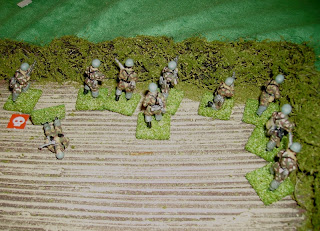 And the squad from their rear they had left behind! 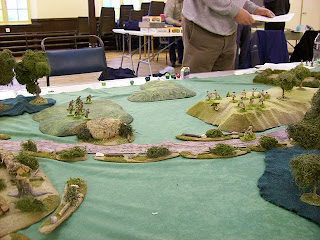 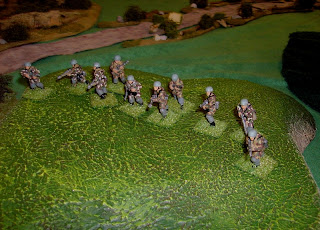 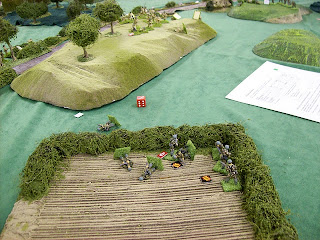 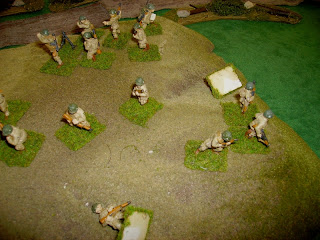 Back on the right, the second and third squads moved along the ridge.

...and were hit by short range fire from a Pak 40 and some supporting infantry! 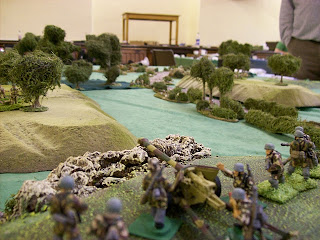 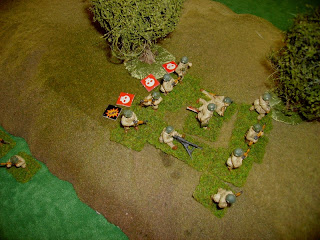 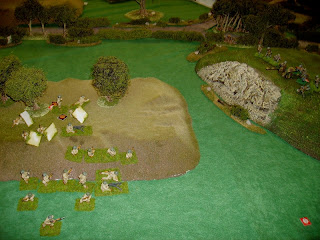 As more Americans arrived, the Germans began taking losses too. 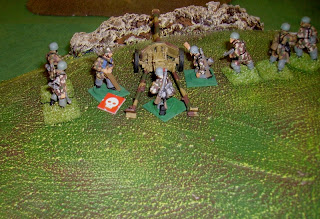 ..And began to fall back to the road below. 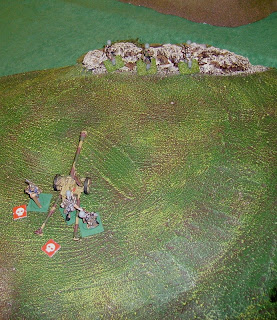 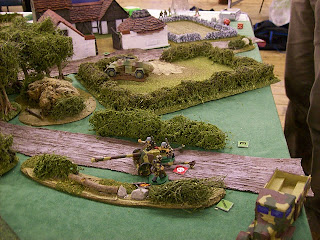 At this point - The beleaguered command squad called the second and third squads back to help them, but one squad continued to pursue the retreating Germans. 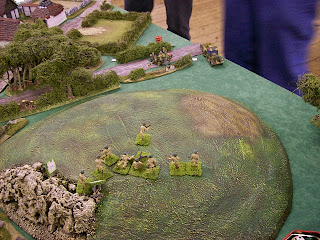 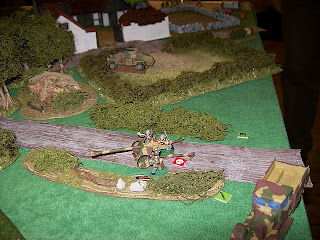 At this point however, it became apparent that the heavyAmerican losses would prevent a succesful attack on the farmhouse and they disengaged.

The farmhouse defenders were too numerous.... 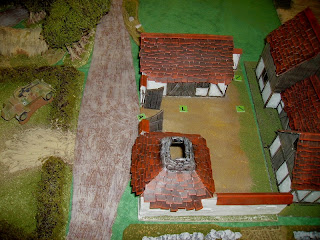 A German victory! - I think Lt Winters might have done better though......

Rules - Our own  http://tynesidewargames.co.uk/downloads.html  available to download freely of course!

Pics - By Lawrence and myself.
Posted by Herkybird at 16:34