As the title suggests, we did Wings of War (sorry - Glory!) at the club yesterday!

We decided, for a change, to use German aircraft-- 2 Albatrosses and a Roland. 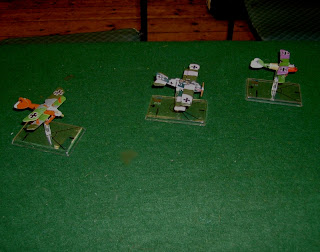 We were facing 3 Sopwith Camels, and a Nieuport 17 (In the colours of Albert Ball.) 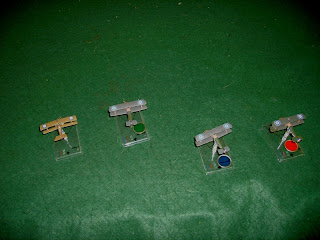 In the first move the Germans  went straight forward.. 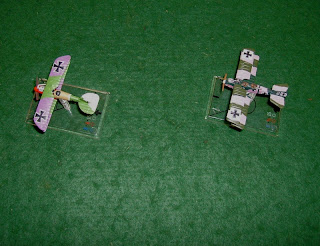 I had my Albatross reverse course to split the enemy. 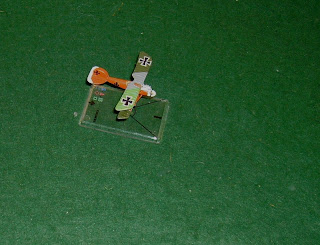 The unimpressed British went on for the main group. 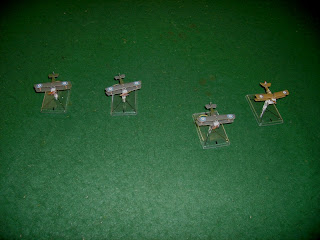 Seeing the failure of my 'cunning plan' - I decided to attack! 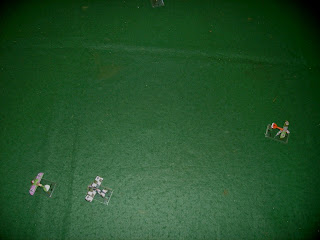 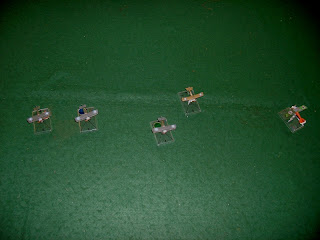 The Nieuport and a camel went for me, the other 2 camels went for the Roland. 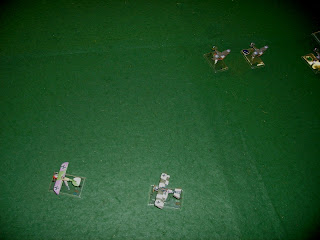 I turned to avoid my attackers, and headed back for the main battle leaving my pursuers (thankfully!) --far behind! 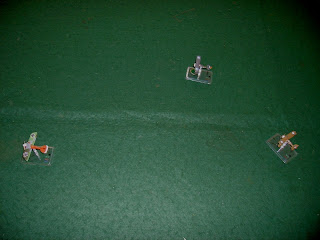 The Roland and other Albatross were now turning with the other 2 Camals, 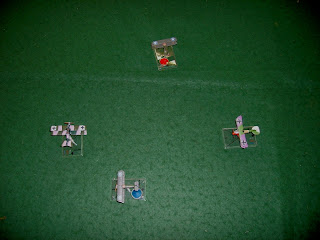 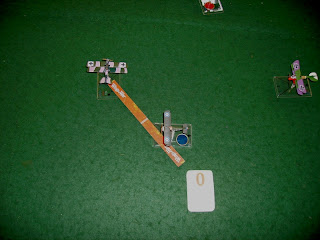 ..for the most part. 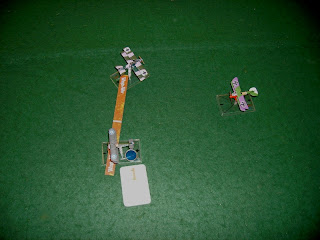 I was now ready to join in! 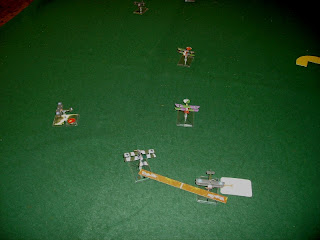 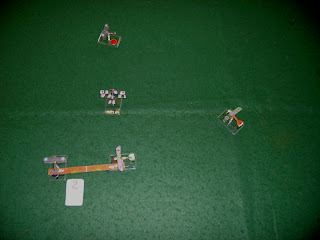 Unfortunately, the wrong footed camel and Nieuport were closing on me! 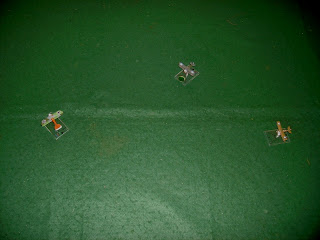 The Roland was using his massive angles of fire to great effect! 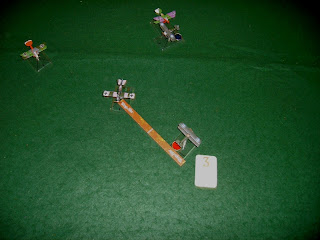 The Roland was still shooting that Camel 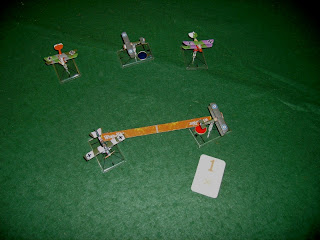 The other Albatross joined in with his brace of Spandaus. 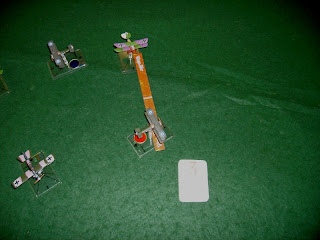 A Camel got a snap shot on me! 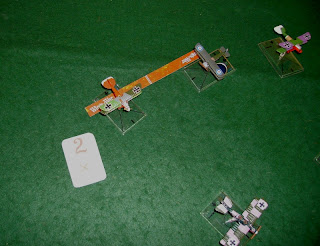 We all manoeuvred out of these interlocking fire arcs! 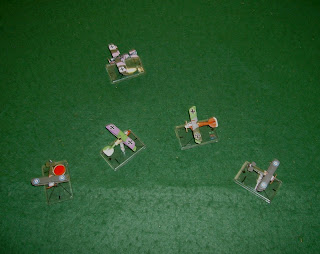 My next turn, I got a long shot at a Camel. 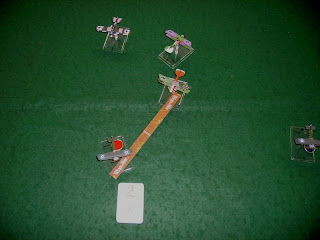 The other Camel and the Nieuport now joined in. We were outnumbered! 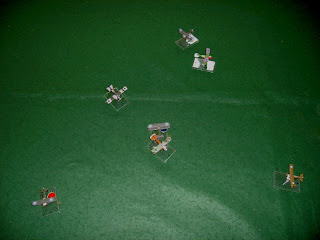 The Nieuports first shot was a BANG, my pilot fell dead! 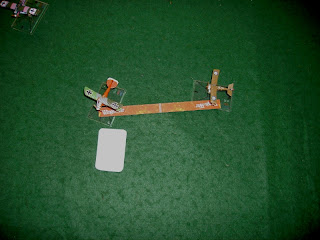 It was now 2:1 against our forces! 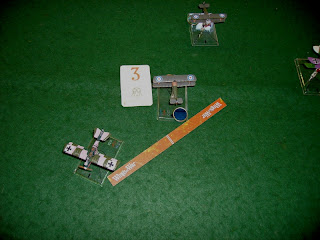 The Nieuport, moving like an angry lawnmower ploughed on.. 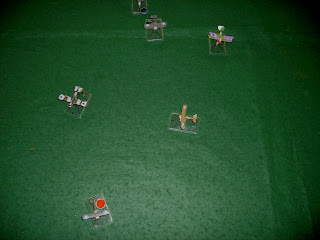 The Roland got the better of his encounter with Ball! The other Albatross got hit. 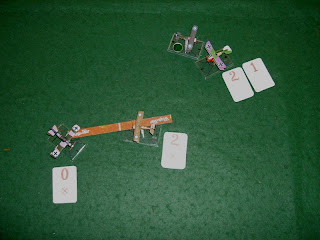 The Roland hit a Camel, the remaining Albatross damaged the Nieuport. 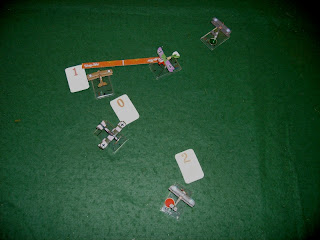 ..before swinging in to help the Roland down a Camel! 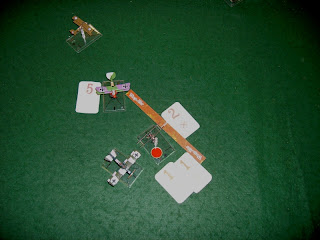 At this point the Luftstreitkräfte decided to leave the battle, the odds were too great to face safely!

It was a good game, even if the Solo system did win!!!