Fighting for the channel

Today, we were playing Coastal Forces in the English channel again, using S-Booten (E-Boats) to try and sink a coastal convoy.
Phil was in command, and he controlled 2 S-38 class boats, Lawrence, Alex and I had 2 boats each as well.
Unusually, we were started all together at the rear of the convoy.... 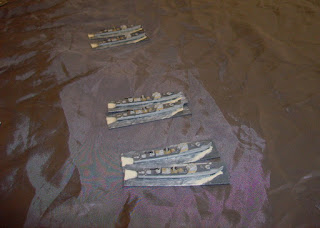 The convoy was randomly placed with a mix of dummy markers. 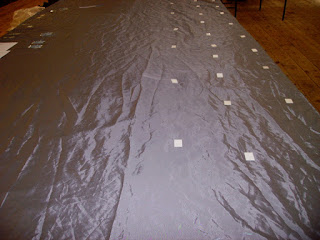 Facing us was a line of possible escorts, we were not sure how many. The freghters were in 2 rows beyond the escort line. 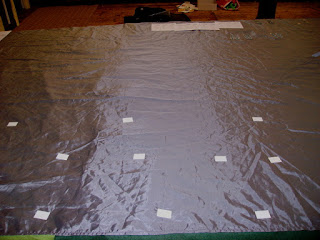 We advanced as per orders, slowly on electric motors, to avoid being spotted. 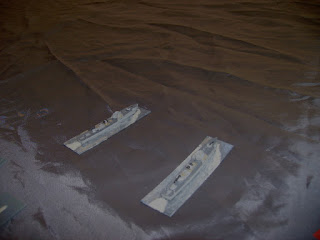 We spotted a lone collier, together with an Isles class trawler... 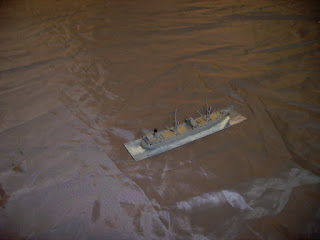 Nothing else! Where was the convoy main body? 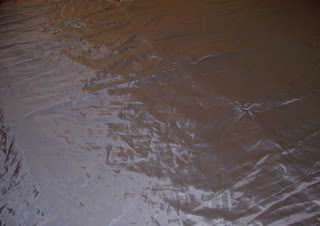 I got my and Alex's boats up to full speed and ran along the flank of the convoy towards its head. 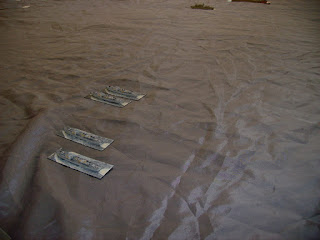 The trawler spotted me, and fired its 3" gun, which missed! 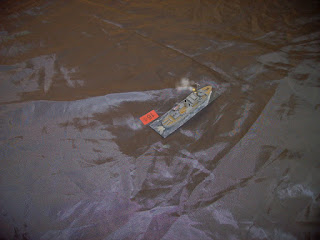 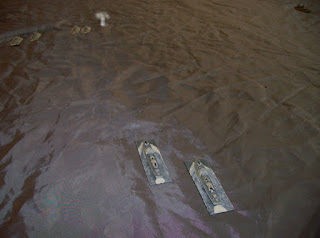 Phil stayed behind, and hunted the collier. 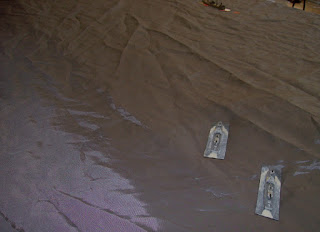 One of my boats spotted a prime target - a tanker! 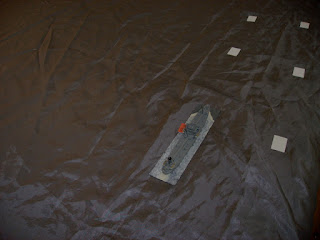 ..followed by a 3000 ton freighter, in the middle of the convoy. 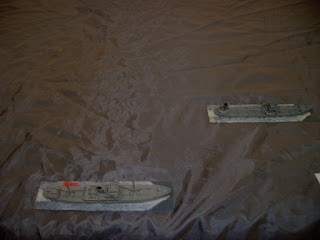 I shot torpedoes at long range, more in hope than expectation, I did not want to stay under fire from the trawler! 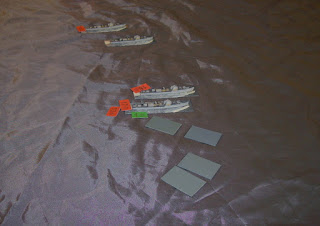 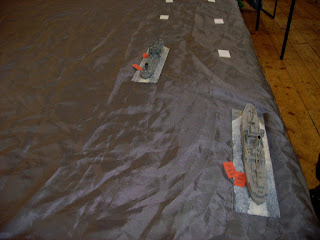 The trawler turned to close with my boats, but my torpedoes had not yet been spotted, or reacted to. 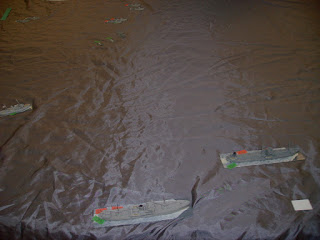 Phil, at the rear, seemed to have an easy target. 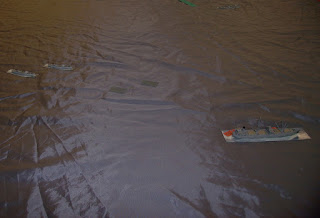 The collier turned to comb torpedoes fired by Phil's boats. 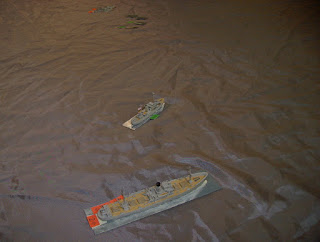 ..and succeeded! - the crew watched as the torpedoes passed, followed by the 2 E-Boats! 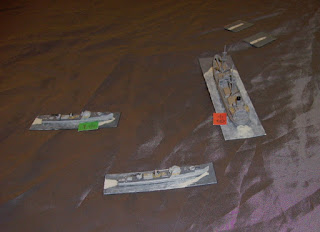 One of Phil's torpedoes hit their real target, a 2000 ton freighter, which was badly damaged, but not disabled. 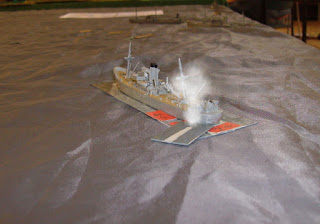 Despite combing my torpedoes, one hit the 3000 tonner, breaking its back. 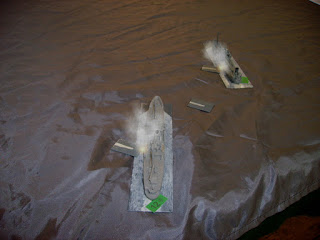 Another hit the tanker, which amazingly did not explode, though the ship quickly heeled over and sank, despite the courageous crews efforts. 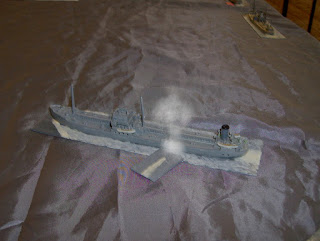 Alex had shot some torpedoes, following my last one, and these closed with some more ships at the front of the convoy, which we had caught up with. 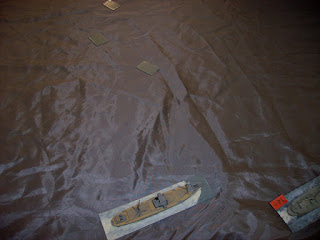 Most of the convoy had already reached safety off table! 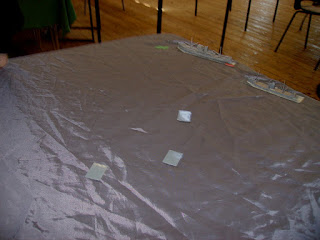 Having no torpedoes left, my boats headed back to Cherbourg. 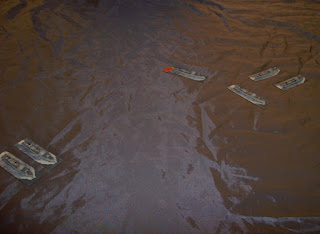 2 of Alex and my torpedoes sank another 3000 tonner just before it left the table! 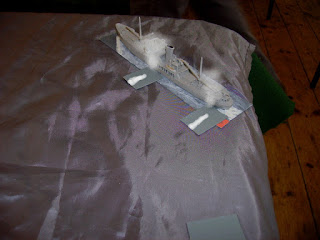 Phil managed to sink the 2000 tonner at the rear with a second torpedo. 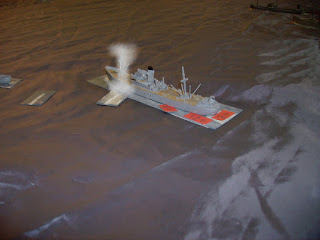 In the end, we had got a good haul, though the fact the convoy was almost undefended today was a big help!
Posted by Herkybird at 20:42