Today we had another 7 Years war game, using a new version of my rules. It seemed to go ok! If you want to try them yourselves, they are now on our club website at this LINK

Although I didn't get all the pics I wanted (I was tied up playing the game), I think I have enough to tell the story!

Although we were using Prussians against Reichsarmee/French, for the exercise, we had everyone Average morale.

Lawrence, in charge of the French, deployed his horse behind a double line of infantry, with guns supporting the line. 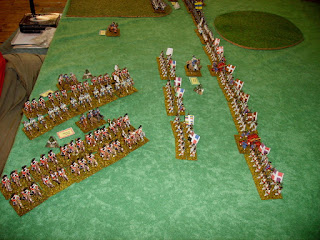 The rest of his infantry was on the left, a brigade of grenadiers holding the end of the line. 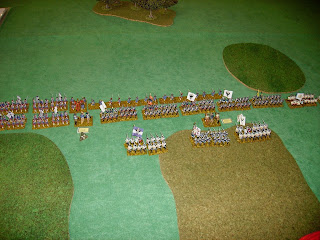 The 'Prussians' had the initiative, and Phil moved his 4 brigades towards the 'French' left. 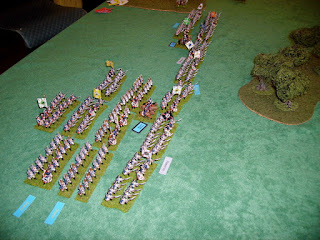 I advanced with 2 cavalry brigades, Kuirassiers leading with dragoons behind in each, I planned to leave my infantry facing off the Reichs infantry, I wanted a cavalry battle! 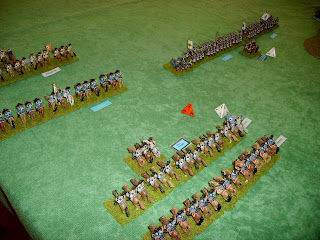 Lawrence left 3 brigades of infantry facing my 1, and aggressively advanced 2 regiments of 'Austrian' Kuirassiers to face the Prussian horse. 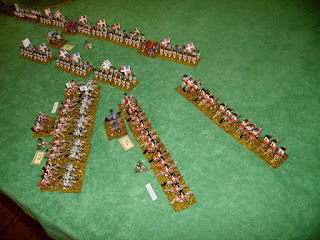 His artillery fired on my Kuirassiers as they advanced... 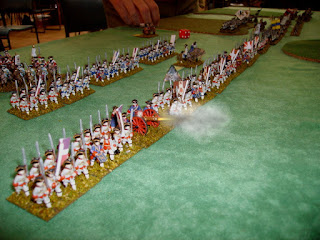 My Kuirassiers were disordered briefly, but they recovered quickly. 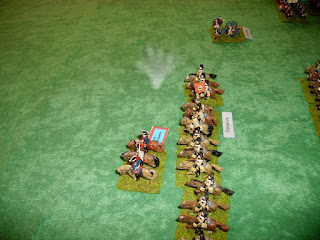 Lawrence sent some Chasseurs du Fischer infantry to occupy the wood to their front and harrass Phil's Prussian infantry, no doubt! 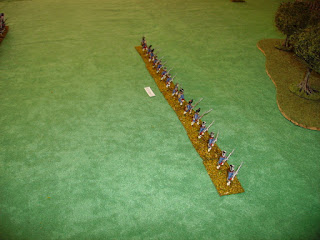 Phil was advancing slowly, which gave time for his gun batteries to get into position facing the enemy grenadiers. 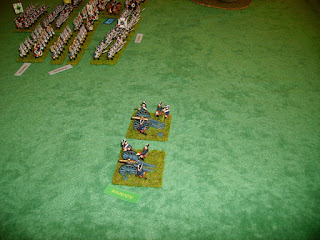 I had advanced my battery too, to support my horse. 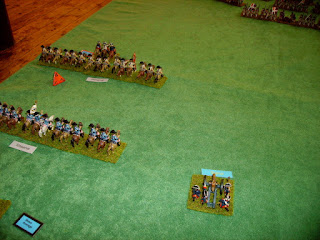 I had high hopes I could sweep the enemy away, and give time for Phil's 'Big wing' to attack the French left. 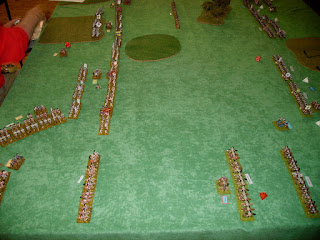 My lead Kuirassiers braved more French artillery fire to advance on the Austrians. 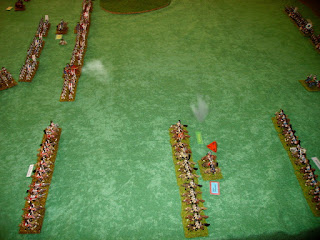 The Chasseurs were slowing Phil's advance. 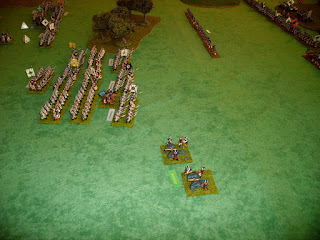 The Austrian Bretlach Kuirassiers were driven off by their Prussian counterparts, thing were looking good for my attack! 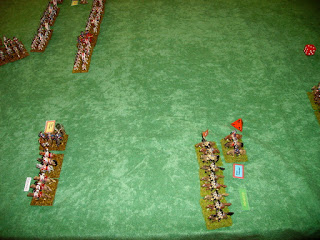 Austrian regiment Trautmannsdorf moved to block my advance. My Kuirassiers were unwilling to charge them! 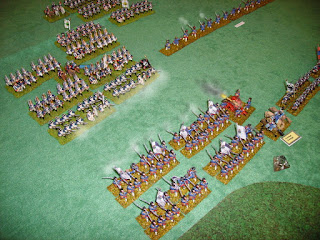 Trautmannsdorf charged my weakened KR11 and destroyed them, taking their following dragoons with them! Disaster! 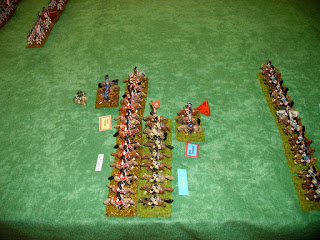 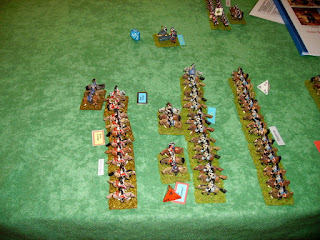 ...Both sides took losses, but again, my Prussians routed! 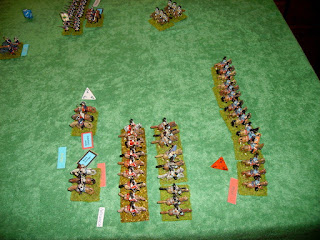 The battle was decided though, on Phil's wing. The French closed with the advancing Prussian foot, initially successfully, but they were soon scattered by a crashing volley from the larger numbers of Prussians supported by their guns. 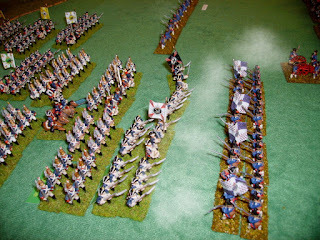 At this point, despite his cavalry success, the collapse of the French left forced them to retire from the table. The fact that the French brigadier in the centre was classed as Cautious and Incompetent may have had something to do with this decision too!

We will do another of these games next week, and I will try to get more pics!

I am still tempted to try using my Russians!
Posted by Herkybird at 19:03