I had a varied and interesting day at the club today, Andy, our web master was bringing his son down this afternoon to do X-Wing.

This left Lawrence, Alex and I with time in the morning to do other things! I had rediscovered 2 games I used to play in the late 70's and early 80's (Yes, I am that old!)

The games, The Sorcerer's cave, a dungeon crawl game, and Mystic Wood, a slightly different game, where Knights have to complete a quest! 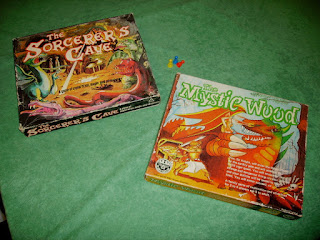 The systems both have card maps you move in by turning over - to see what is there, a passageway? -- or a cavern, which has nasties and/or treasure you have to fight or encounter...or run from! Lawrence won the first game, I escaped an earthquake, and having half my party turned to stone! I finally got out with the 2 men I had started with!
In wistic mud, sorry, Mystic Wood! I got the knight with the easiest quest, George, and I had to kill the dragon, obviously! I had a lot of luck and won easily!
More importantly, we had a lot of fun playing these old games, and enjoying their nostalgic magic! 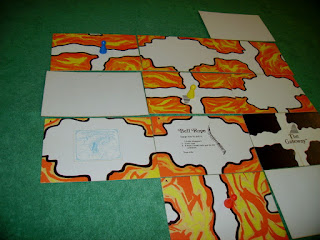 Now, Andy and his son, Zach, arrived, and we started an opposed X-Wing game, Andy and I took Tie/fo fighters, and Zach a Tie/sf. 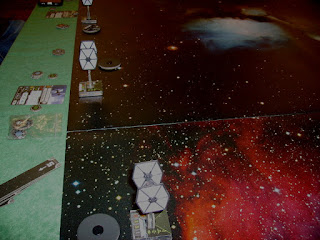 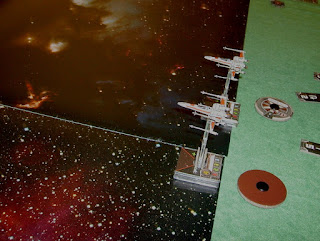 I raced into the middle of the Rebel scum, Zach held back, and Andy took a wide outflank. The Resistance focused on me...Amazingly, neither side hit anything!!! 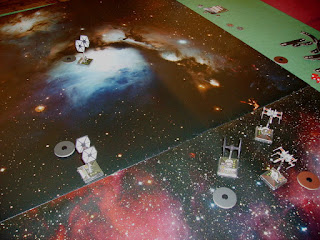 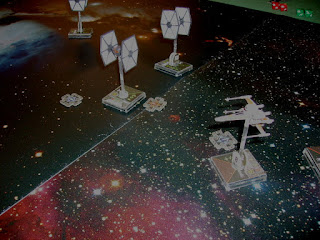 Both X-Wings tried to attack Andy and Zach's Ties, but I did a Signors loop to get on Alex's flank. Again, only a few shields were lost in the shooting phase! 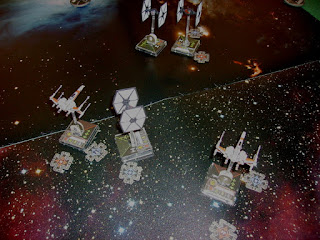 Lawrence turned out of the battle, leaving Alex alone getting shot at by our 3 Ties! 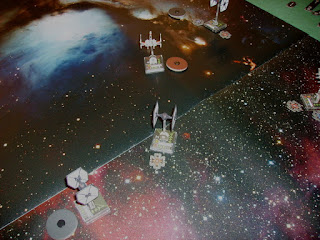 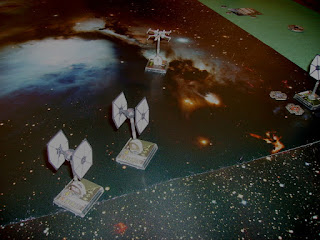 ...but his X-Wing was destroyed by our combined fire! 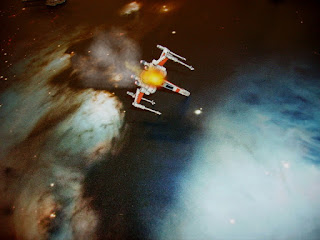 I turned to take on Lawrence, and his last X-Wing, Zach had come onto his flank with the Tie/sf. 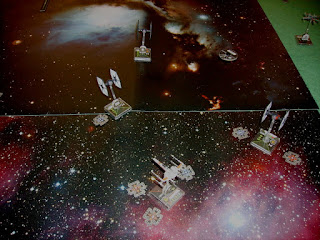 Lawrence and I Koiogran turned on each other to fire at point blank range, I missed!.... 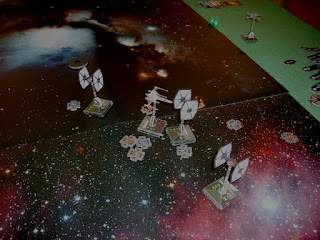 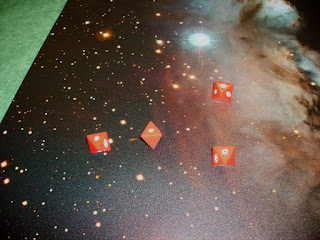 I got one evade. 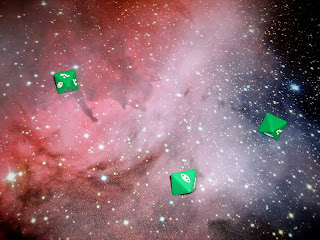 Having lost my shield earlier, I went BOOOM! 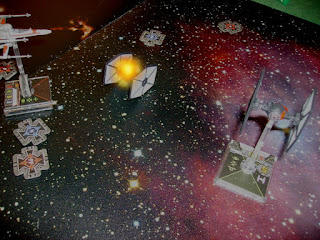 Andy managed to get on Lawrence's tail as he attacked me... 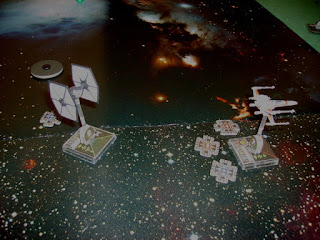 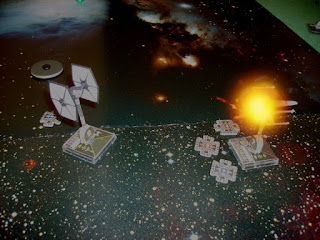 All in all, a very fun and satisfying day!
Posted by Herkybird at 20:09