Today, with Ian and Phil doing WW2 Spearhead, Lawrence and I played a Pirate game with his lovely War galleys!
We both used pirates, my Levantines and his Barbary pirates. 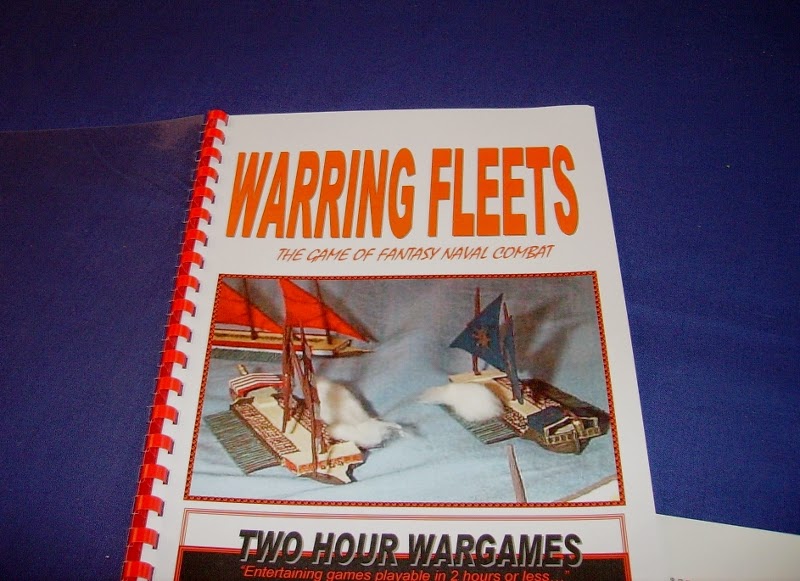 This lovely harbour model really made it look Mediterranean! 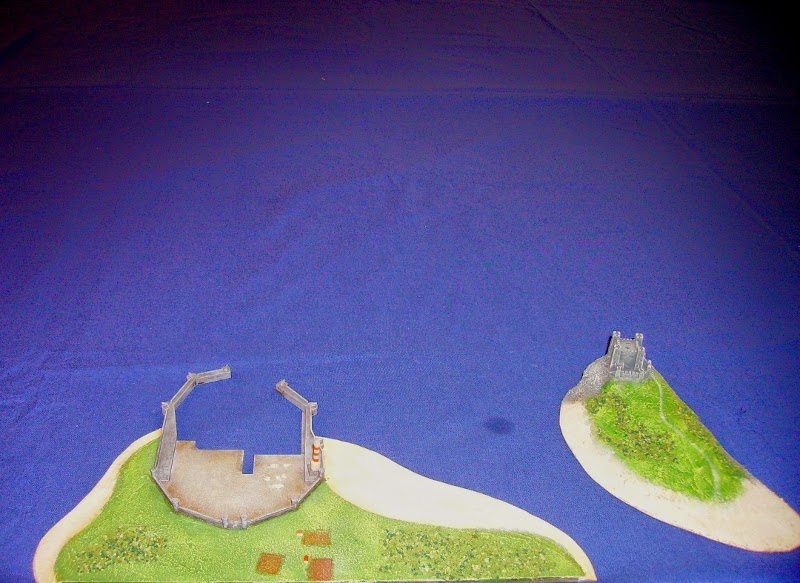 ..Less so the extinct volcano! 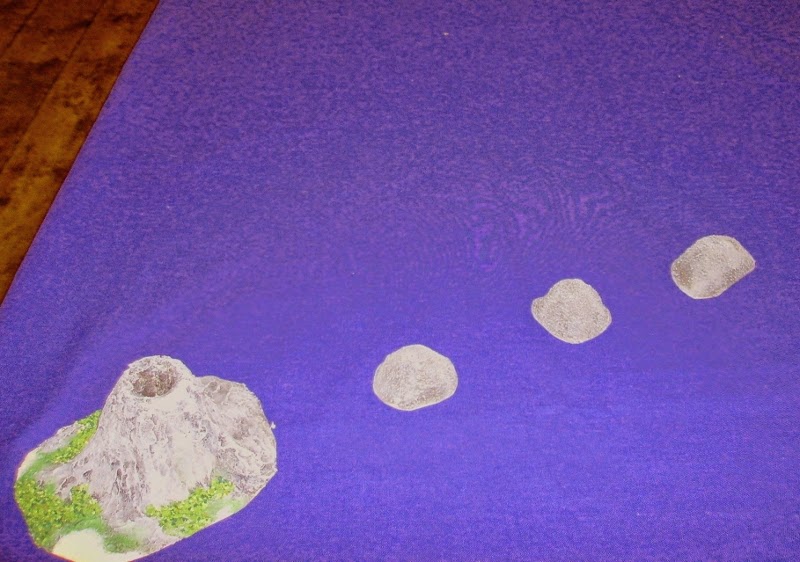 We both deployed 1 large, 1 medium and a light galley, I started in line astern. 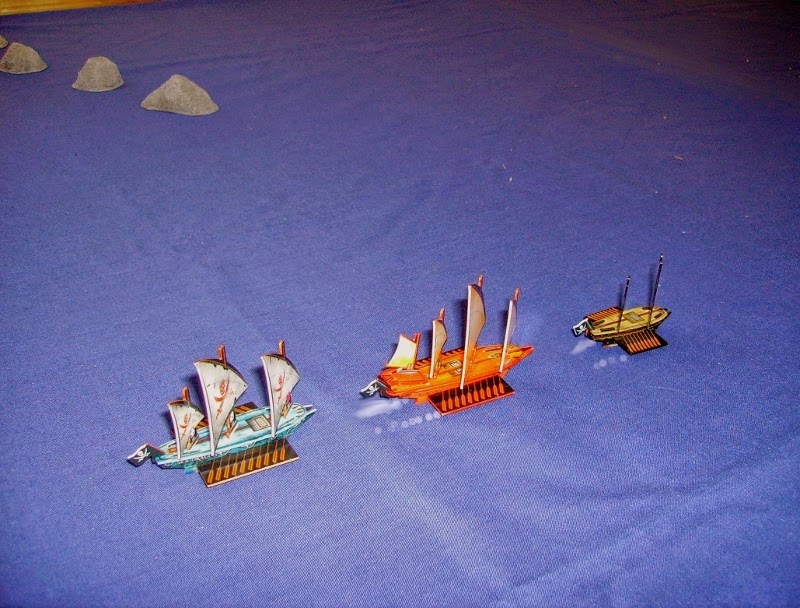 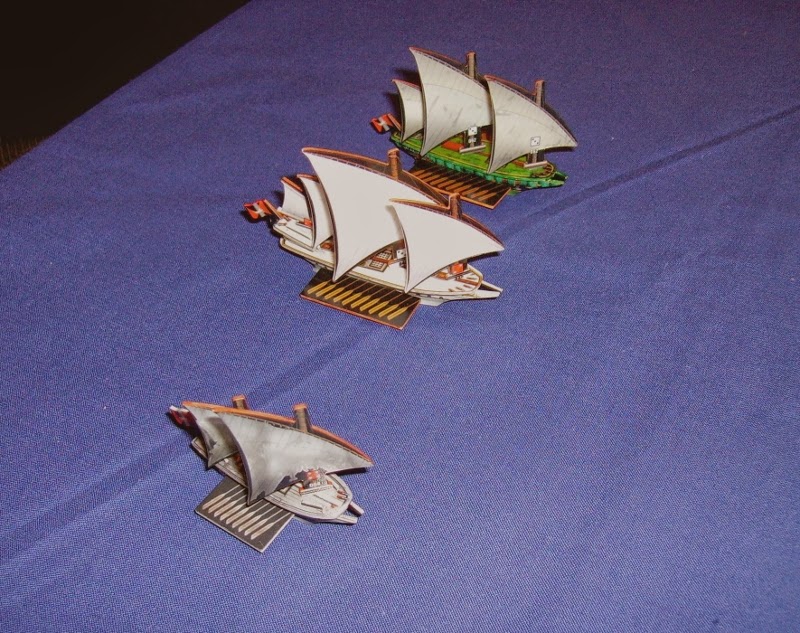 His ships advanced on me in an echelon formation initially. 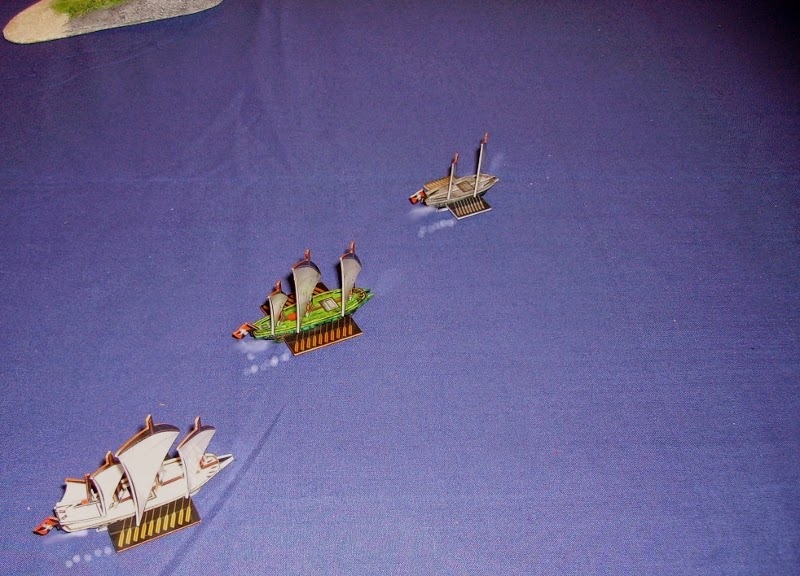 I had trouble starting all my ships, but tried to outflank the enemy fleet. He was doing the same to me! 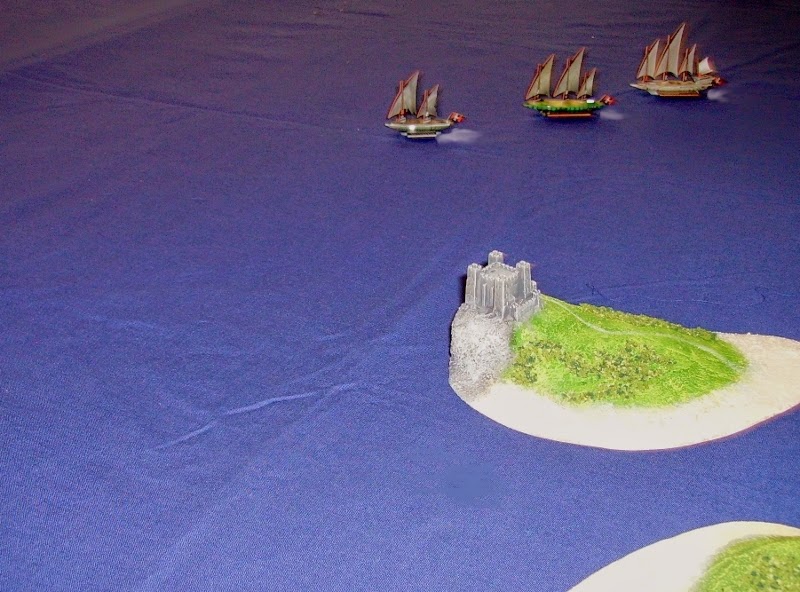 We both manoeuvred to gain a ramming position on our opponents ... 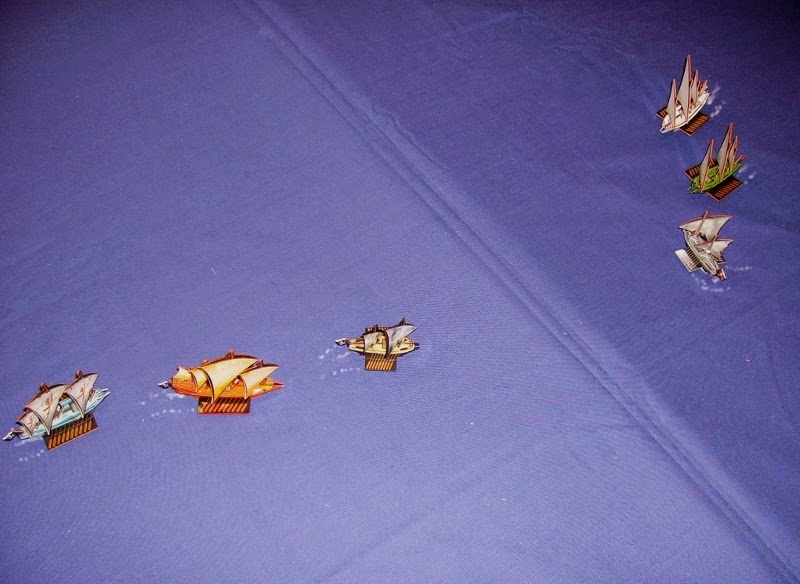 ..but after some shooting, which damaged my light ship, and Lawrences big one, both our big ships rammed nose to nose! Lawrence's ship mashed the front of my ship.
Both medium ships turned to join the melee! 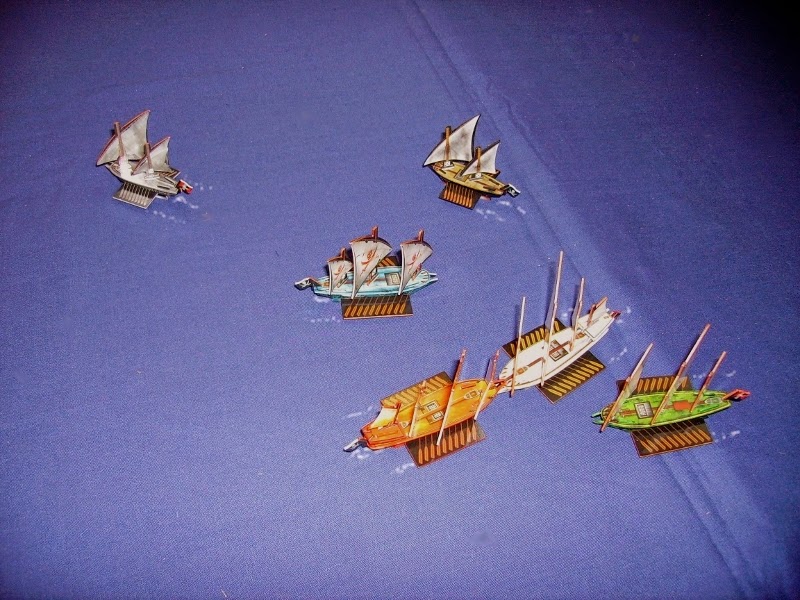 Both medium ships joined the battle and a huge melee began between the opposing boarding parties, my men began to slowly gain the advantage in the fight. 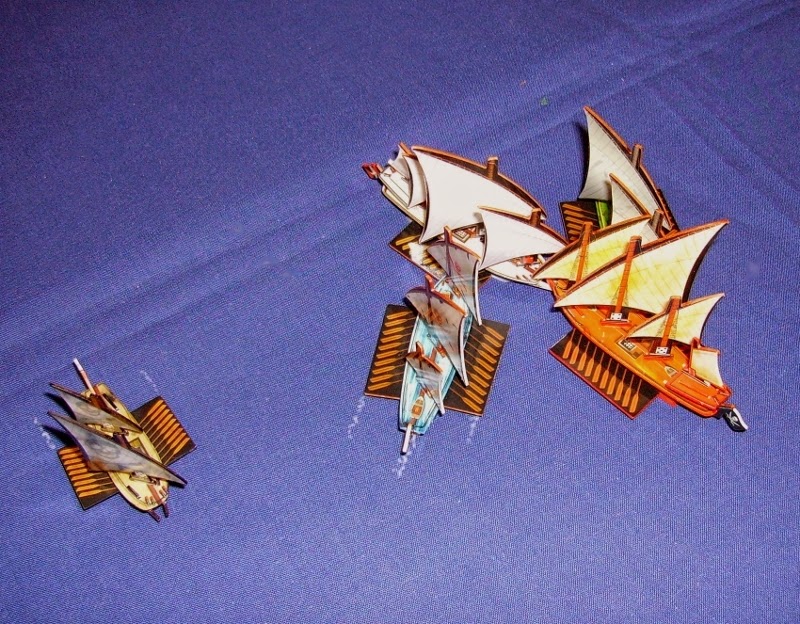 Lawrence's light galley had got detached but raced to reinforce the main battle, my light was closer, but couldn't find a way into the melee. 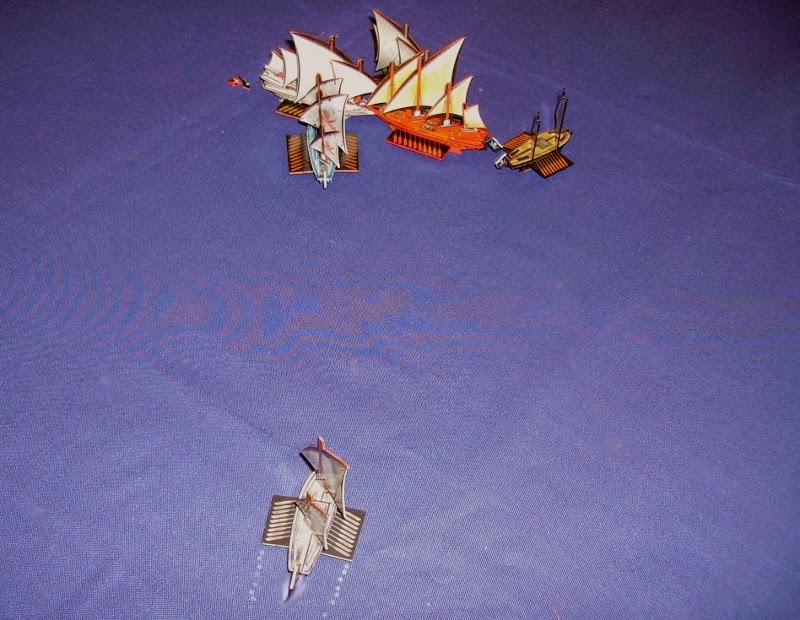 Eventually, my boarding parties captured the enemy flagship, which struck its colours, though flagship's hull was in poor shape, and had lost many of its crew in the battle already!
I think the Levantine pirates would have a new flagship by day's end! 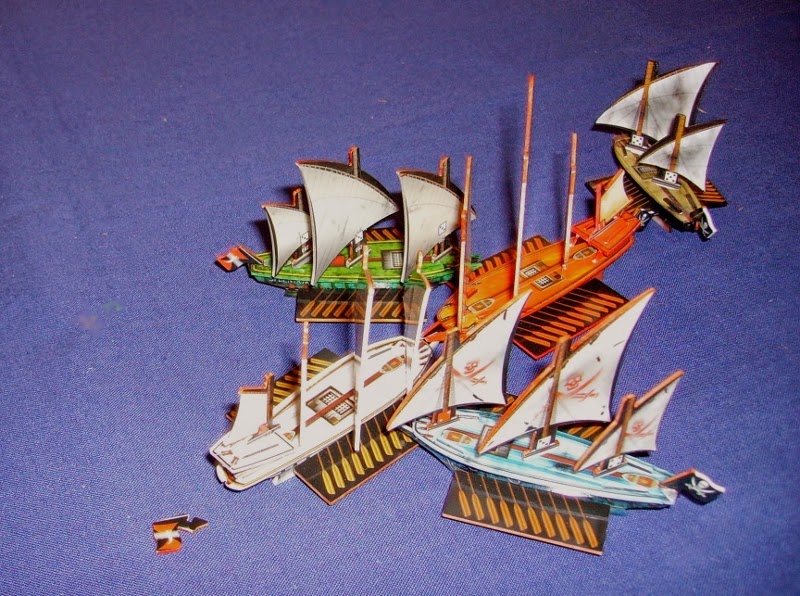 In the final act, my medium galley managed to ram and sink Lawrence's. His light ship was not enough to recover the battle for him, so it broke off and returned home. 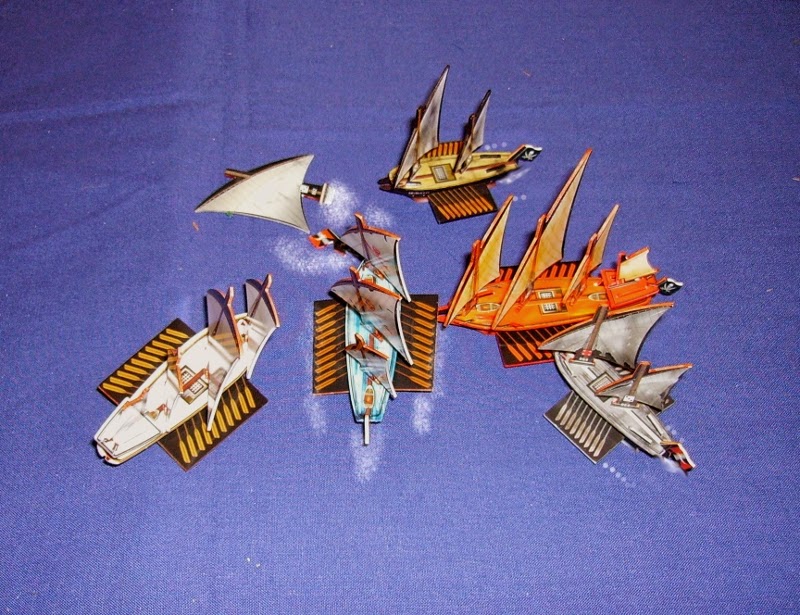 It was a lucky win for me in my first game! - I think its quite a fun system, reminiscent in many ways of Wings of Glory, and I will be happy to play it again!
Posted by Herkybird at 18:36