Today, we did a WW2 skirmish, the scenario being a Soviet partisan group being hit by a German sweep.
Feeling brave, we let the (solo rules run) Germans have 2 platoons, against our 1. A lot of our brave lads and lasses were not properly trained as well!

This being said, Ian, our commander for today placed our forces to face the coming storm...

Our headquarters, a small dacha. 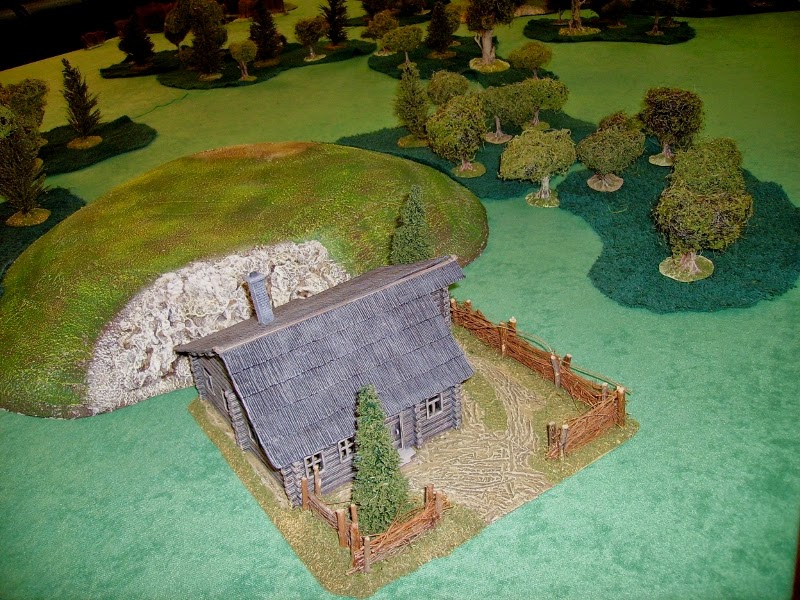 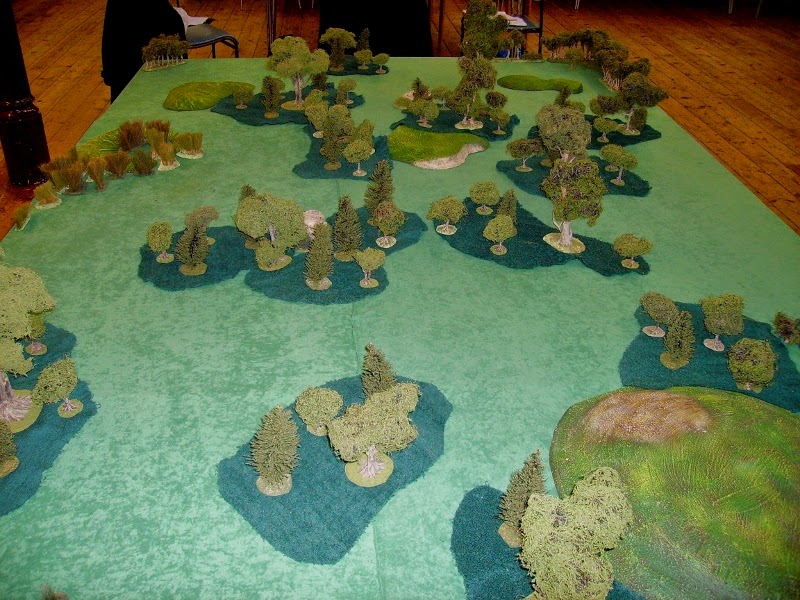 The Germans were randomly placed on the table edges, mixed real units and dummies, as usual in our games. 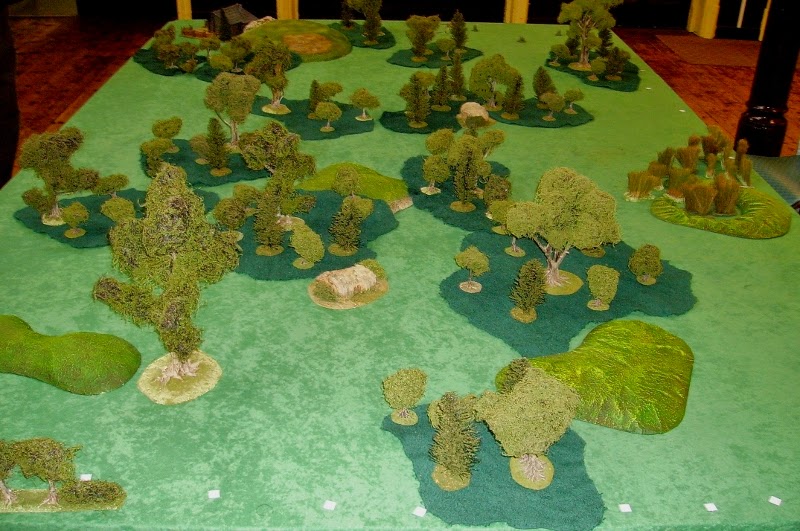 Ian, with his 'command' group, held the hill by the dacha. 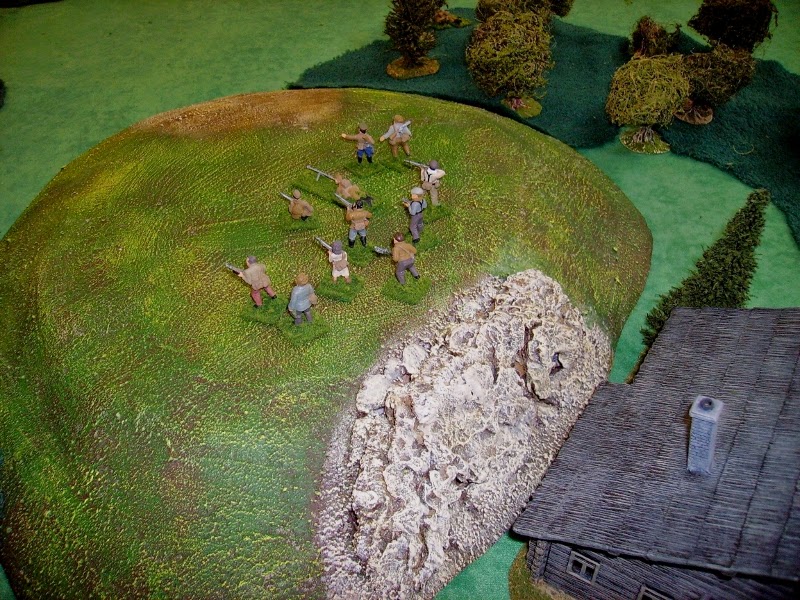 I was placed with a medium machine gun (regular) and a ragged band of odds and sods! 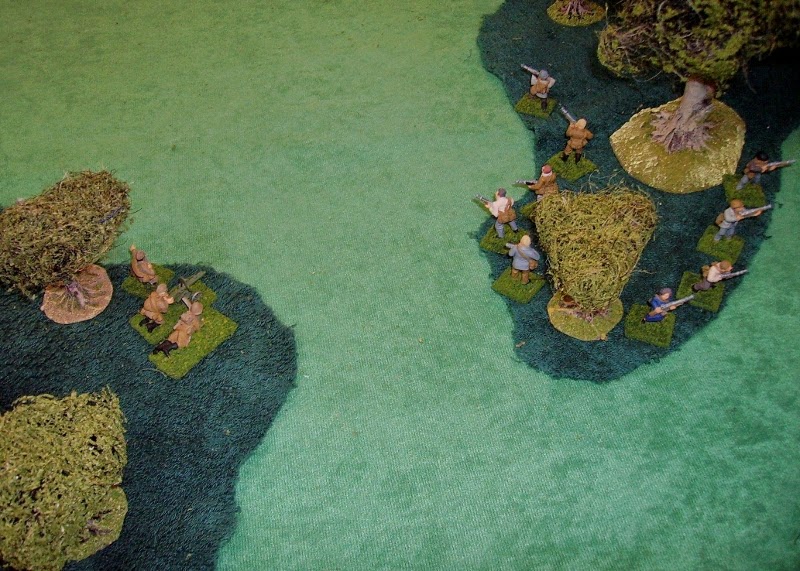 Lawrence held a wood to my rear, with a (mostly) regular squad. 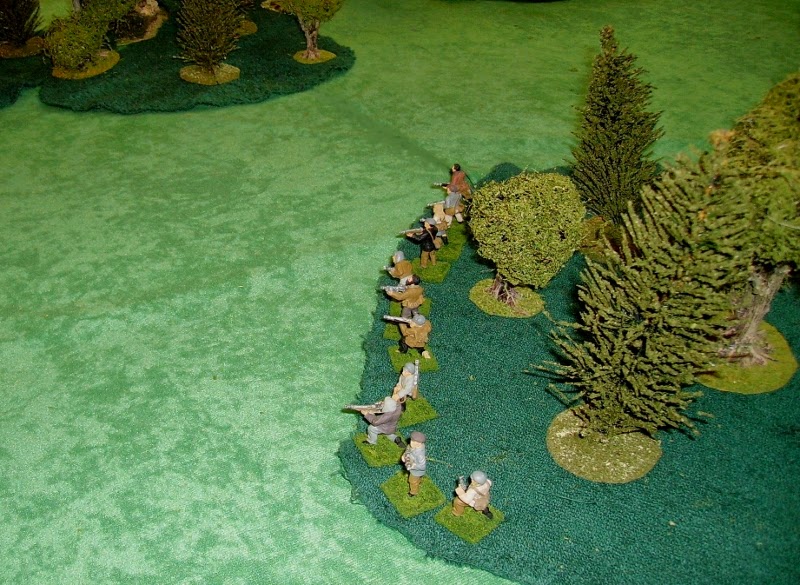 Phil held woods in front of my position. 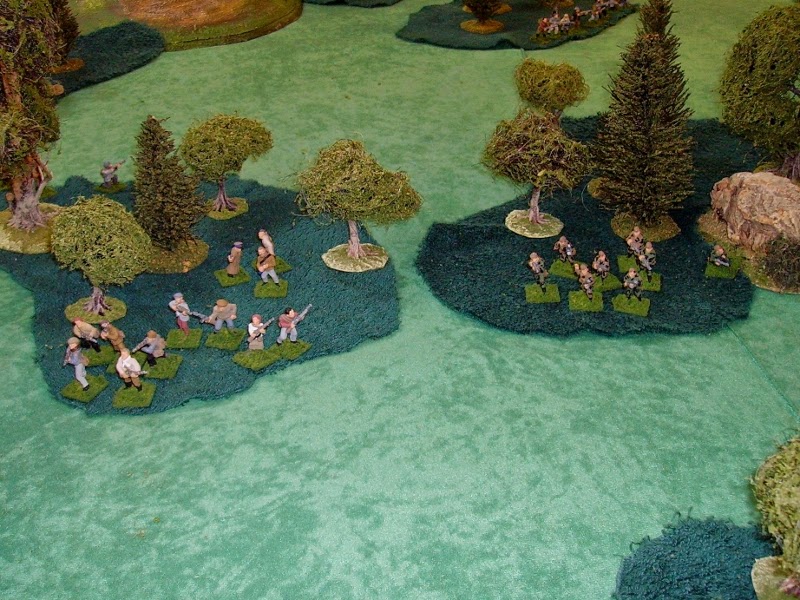 The hidden markers swarmed forward towards our positions. 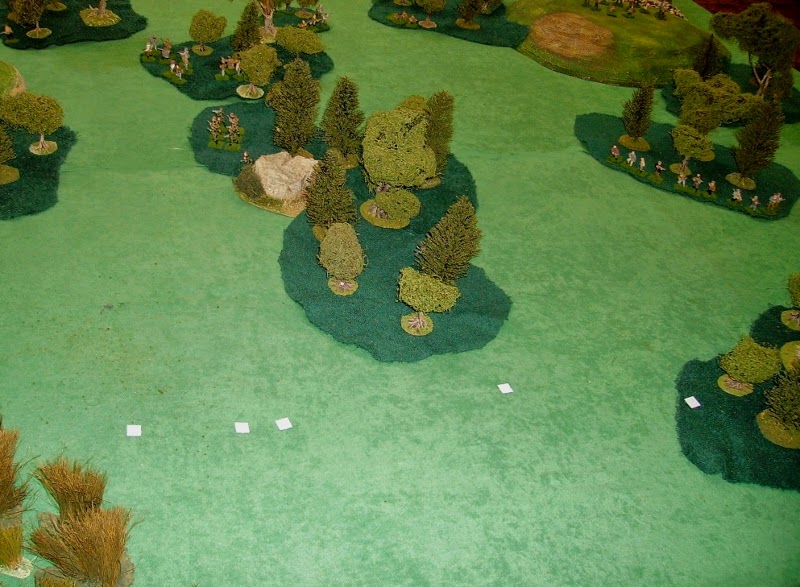 Lawrence managed to spot a lot of dummy counters, leaving only 1 coming through the woods... 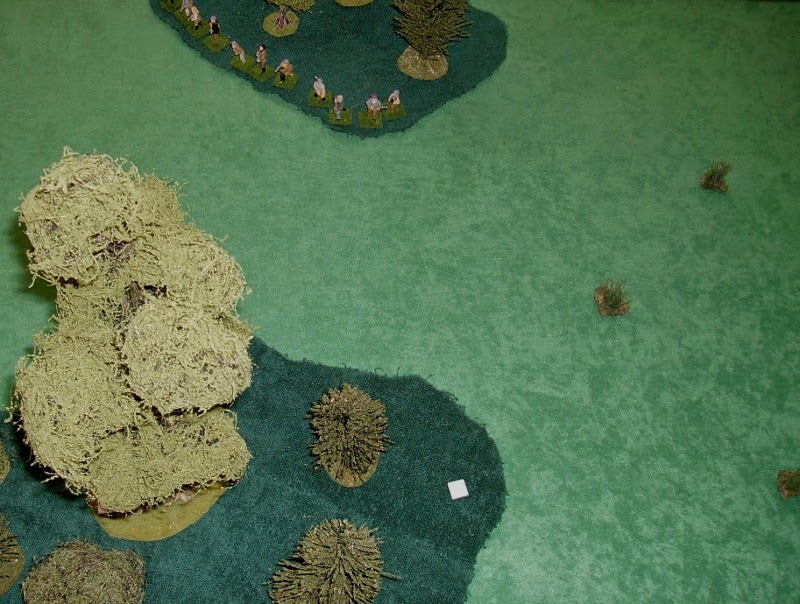 Rats-ski! a German section emerged, oblivious to Lawrence's  presence in the wood opposite. 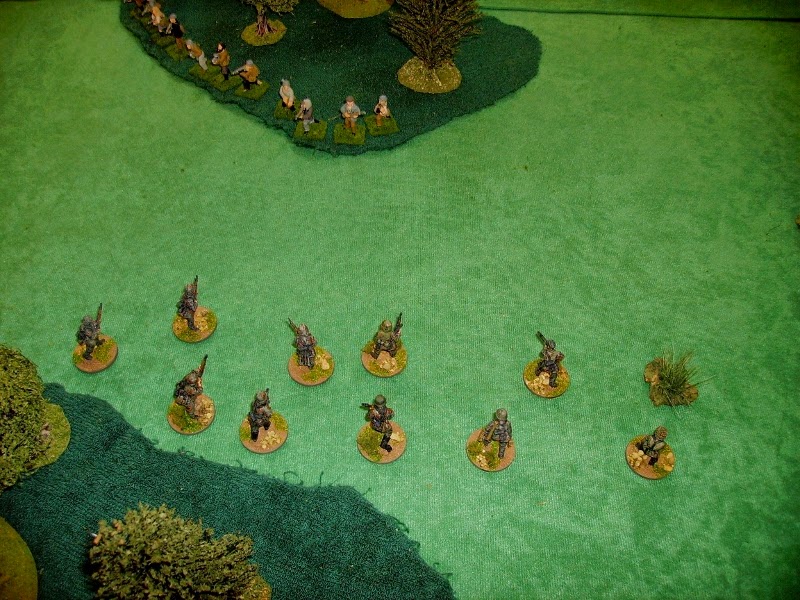 The Russians fired, but only suppressed the wily Germans! 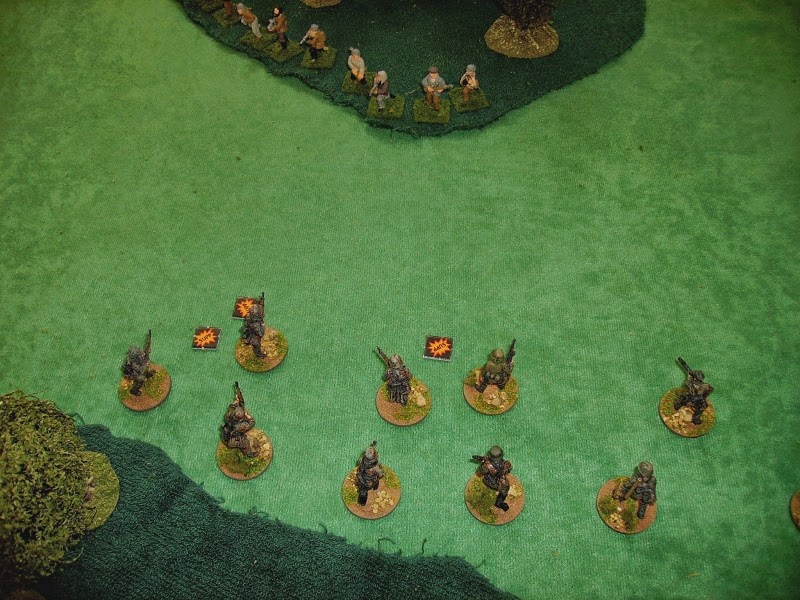 Return fire killed a Russian, it could have been so much worse! 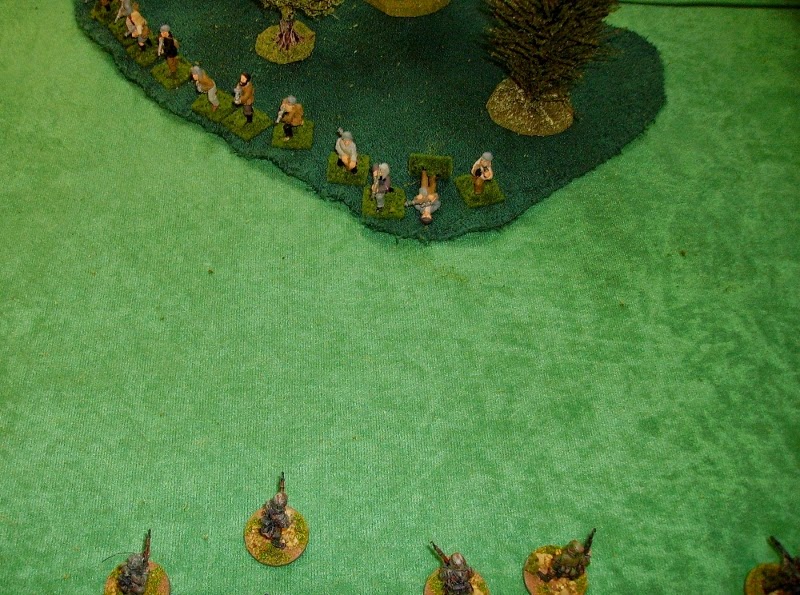 The Russians kept the upper hand and the Germans began to lose men. 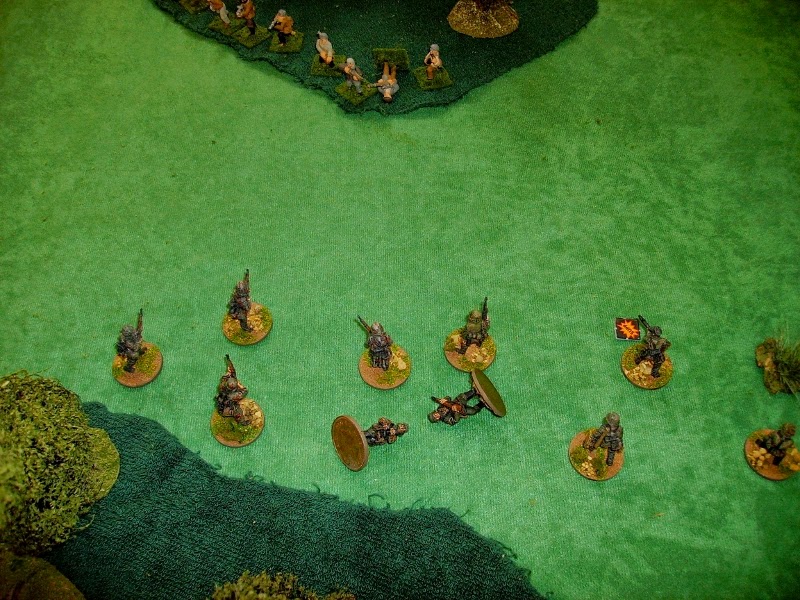 Another squad of Fascisti moved on Phil's flank. 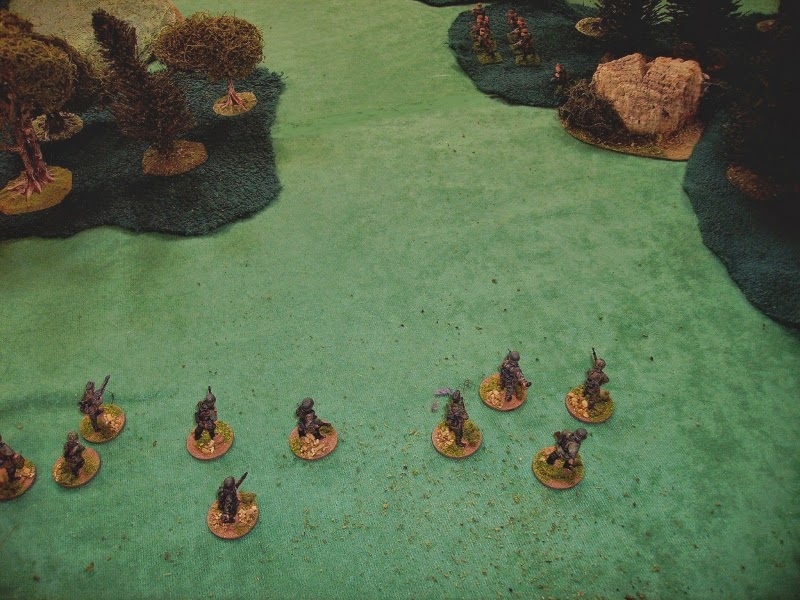 He detached his scouts to outflank the advancing Germans while his semi-trained partisans held the wood to the Germans front. 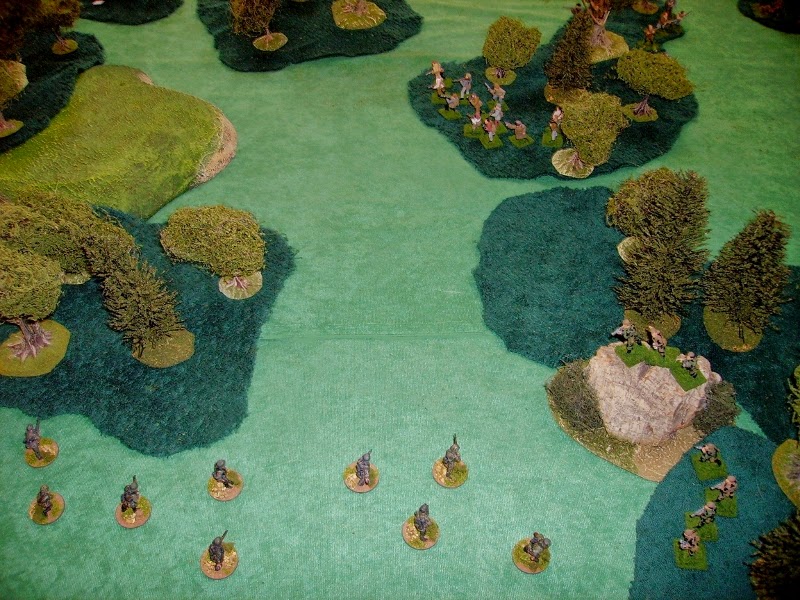 Lawrence's opponents were forced to withdraw to cover... 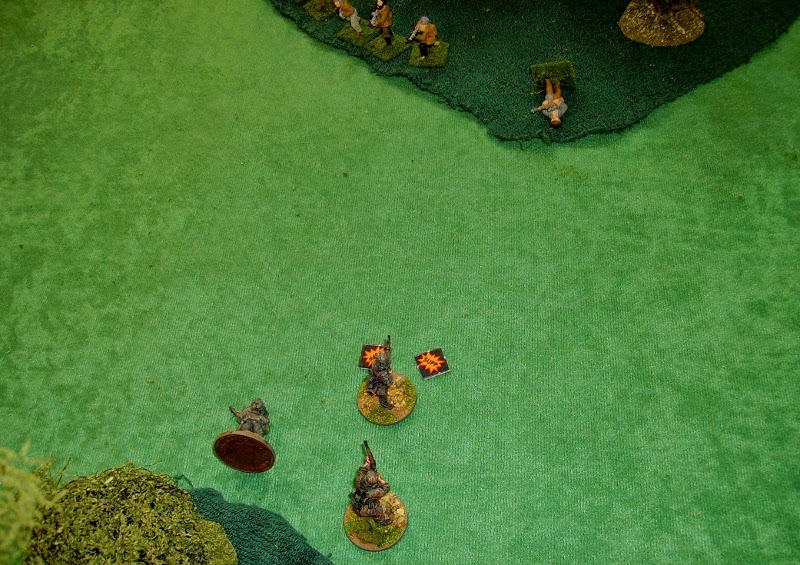 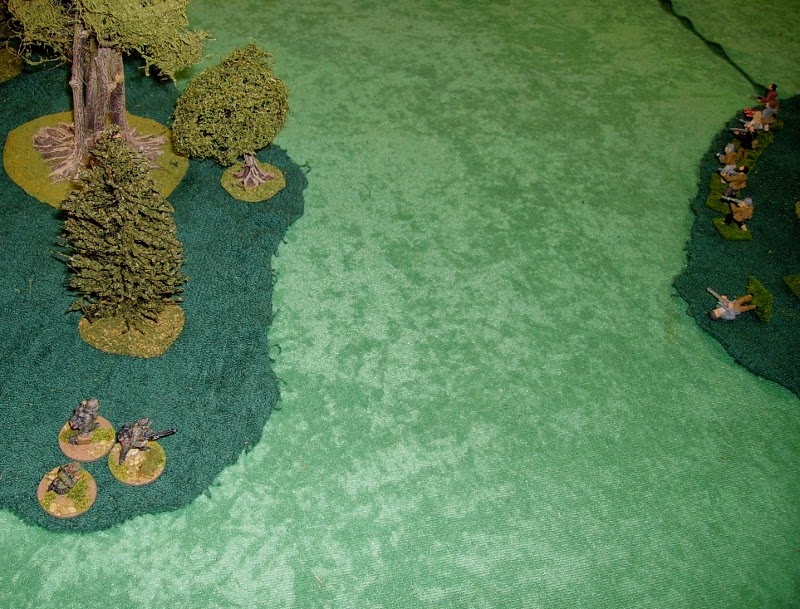 Phil's scouts, good quality infantry, failed to cause much damage in their ambush. 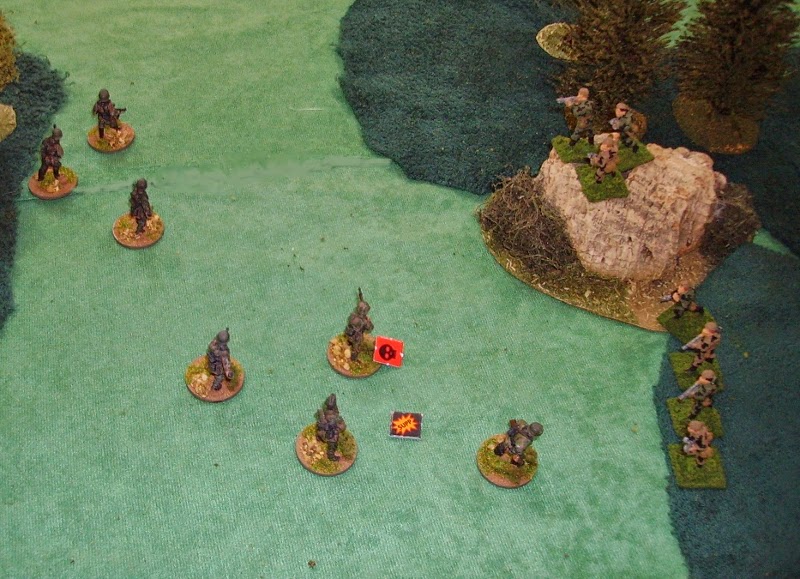 The Germans ran at their attackers and engaged in hand to hand combat...no prisoners were taken by either side! 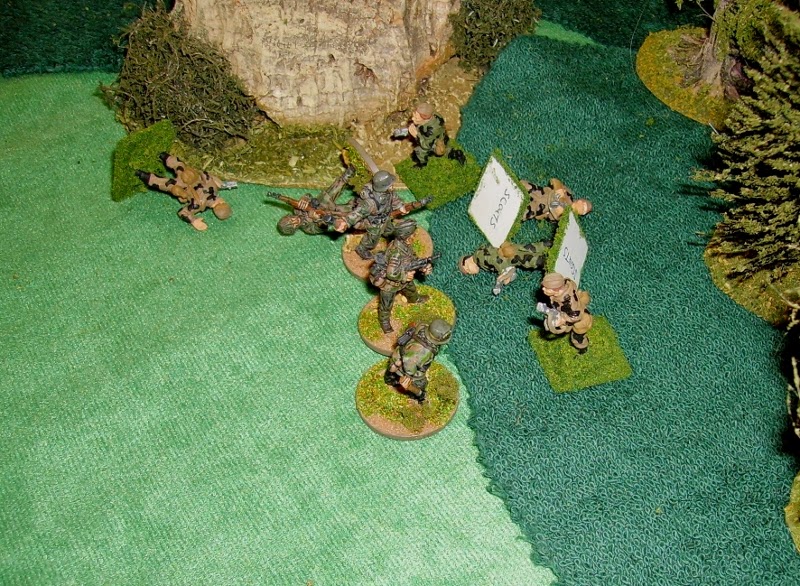 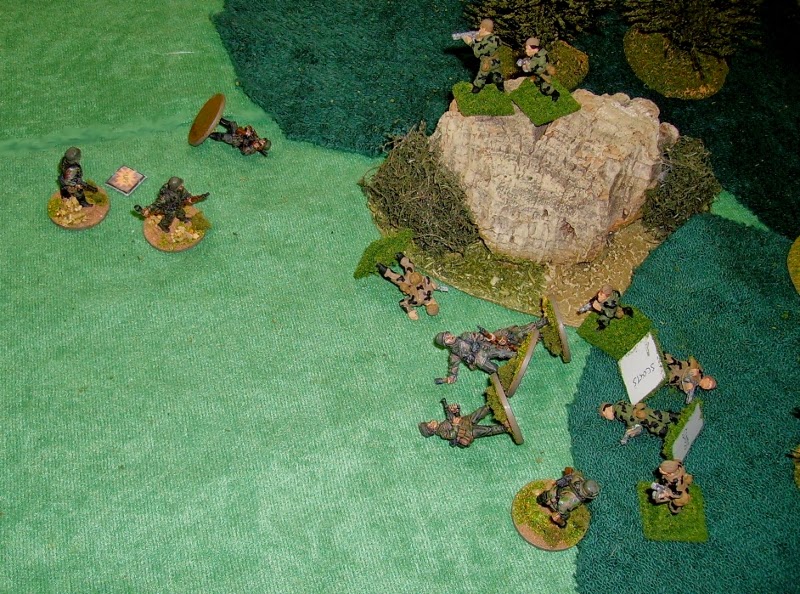 After a bloody melee, the 3 remaining Russians stood victorious! 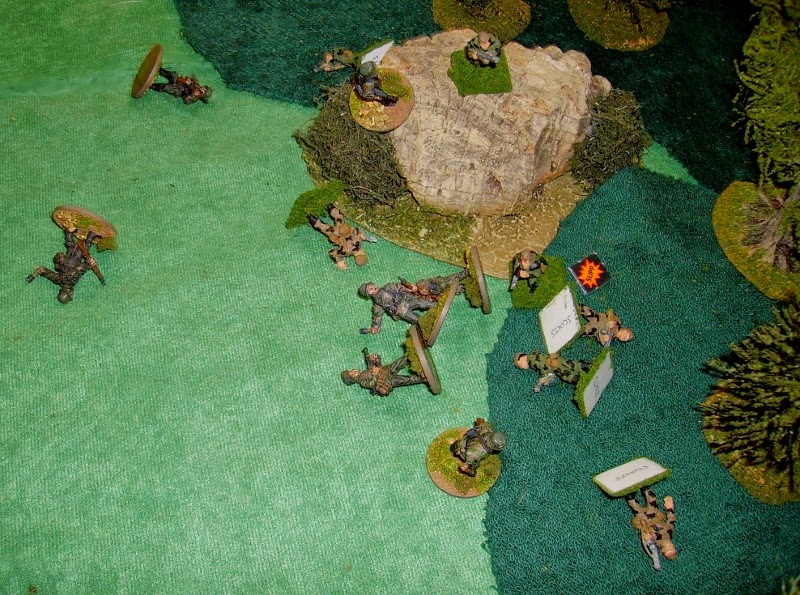 On my flank, my MG started engaging some Germans who had appeared on the other flank. 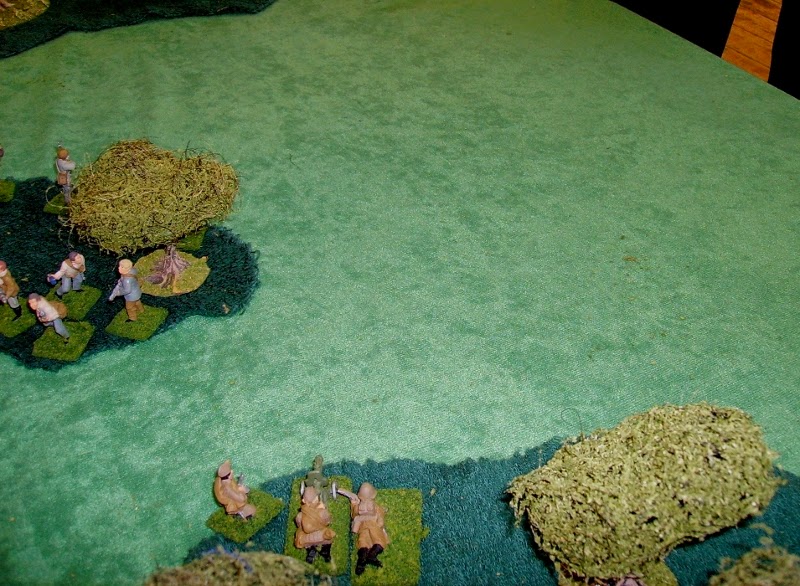 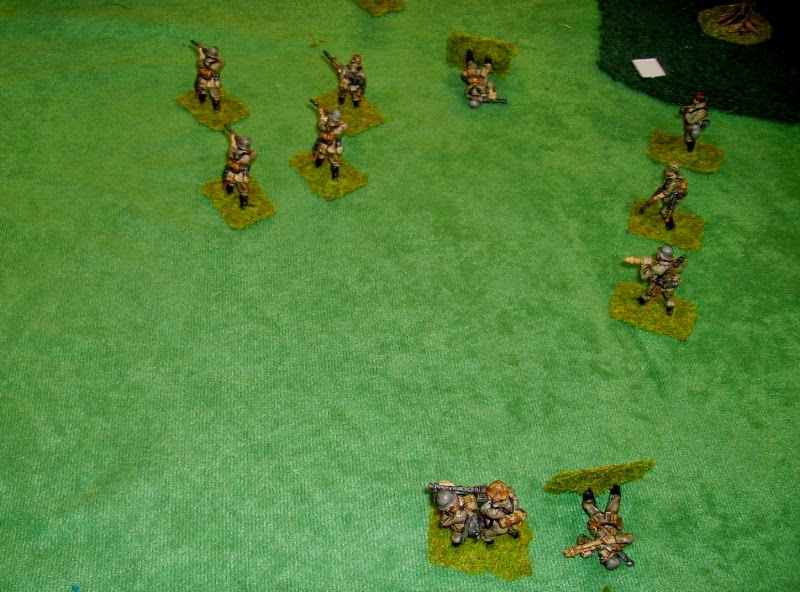 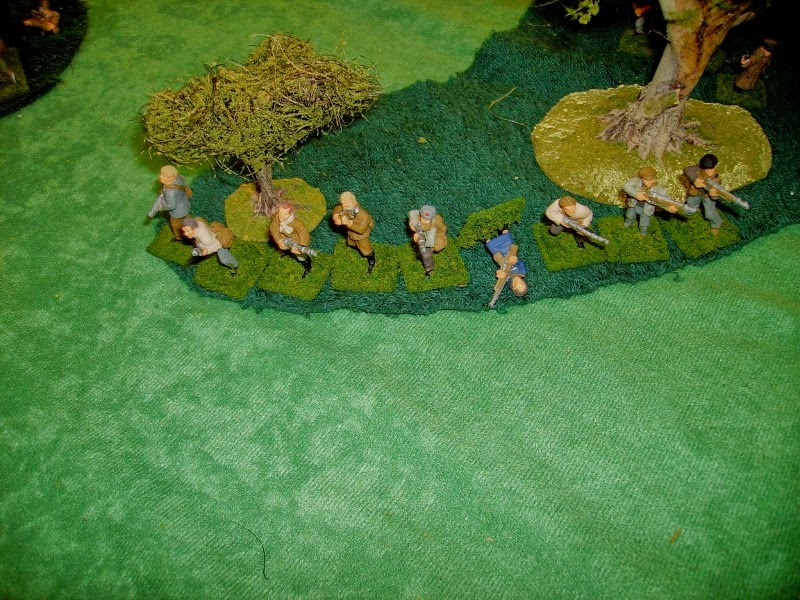 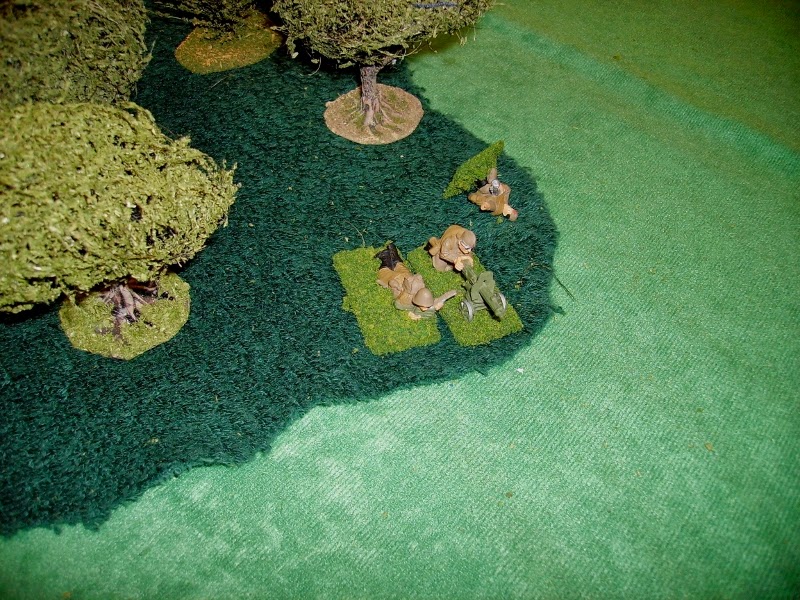 More and more Germans joined in the attack on my position, and rapidly gained fire supremacy over my poor partisans. 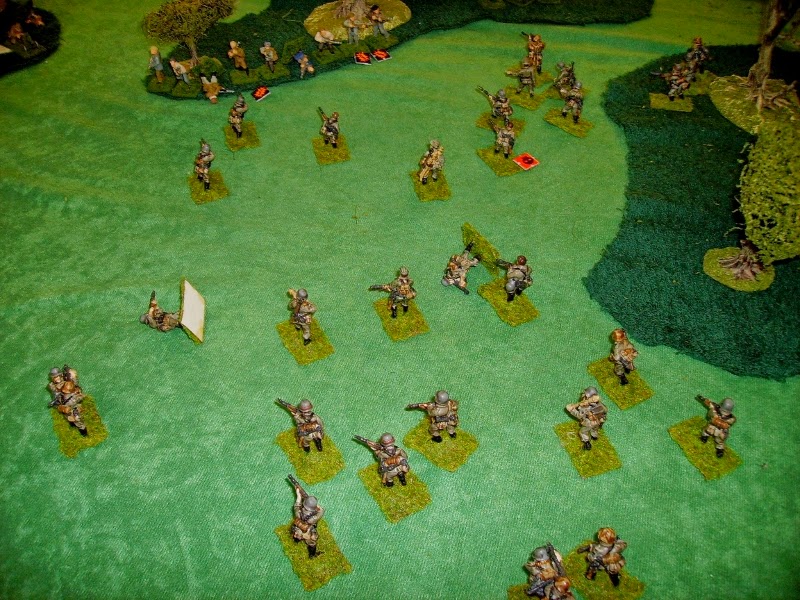 The last remaining gunner, dragged his gun back to safety... 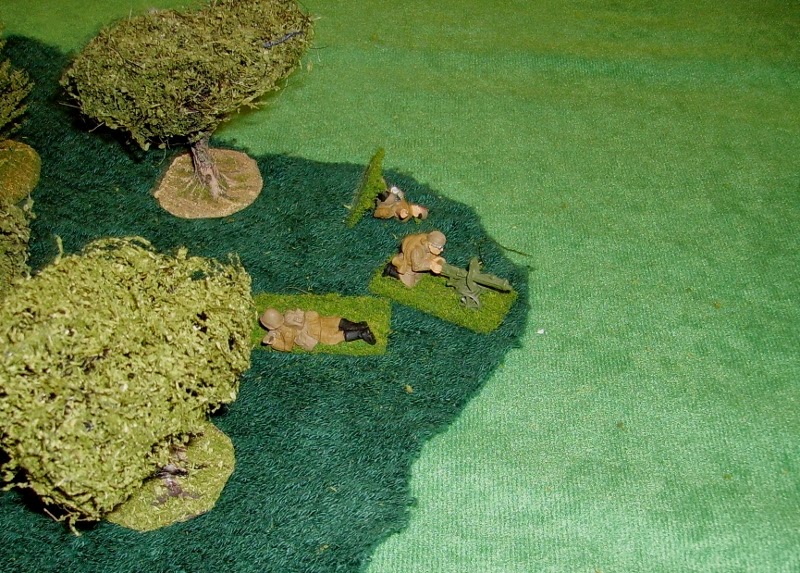 ...seeing the main German attack overwhelming my flank, the Kommisar ordered a retreat. 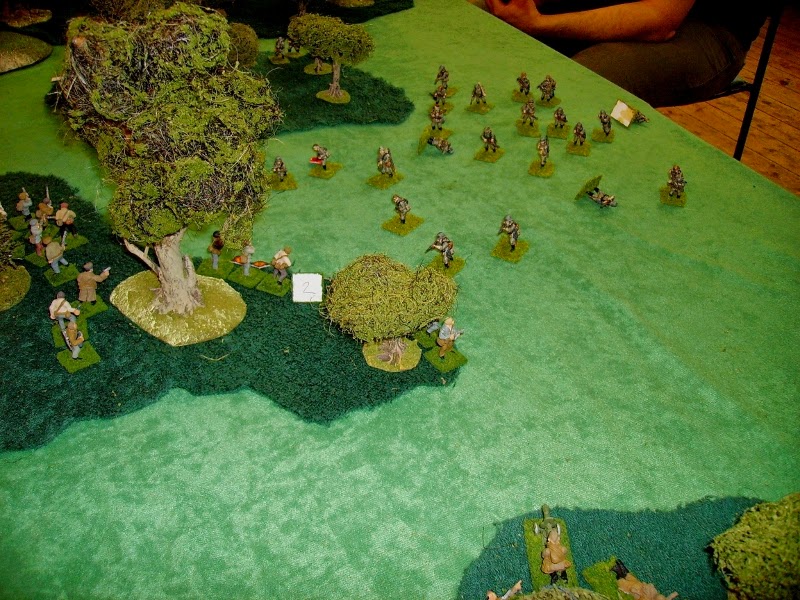 We had lost, but not catastrophically. Such is war!

Before the game, I managed to clean up and glue together my next regiment of French dragoons for Beneath the Lily Banners, these are the lovely Front Rank miniatures. 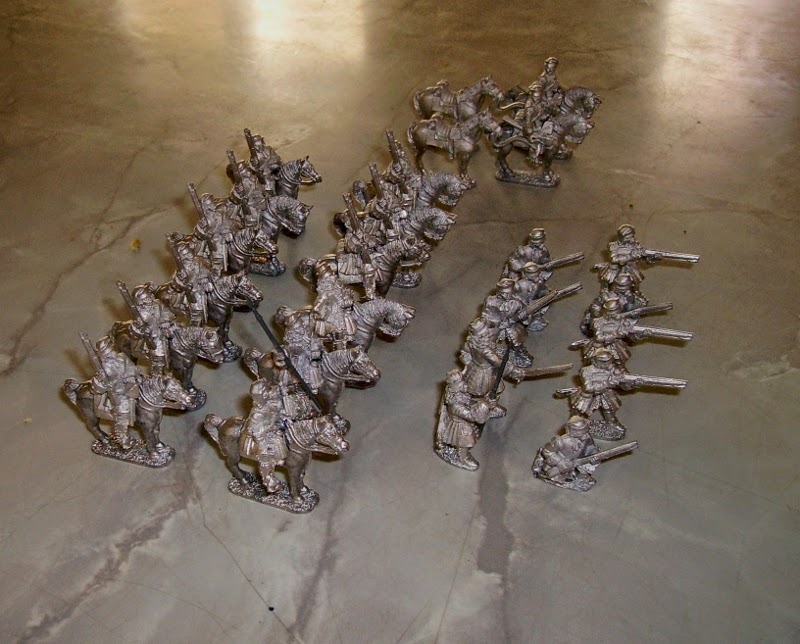 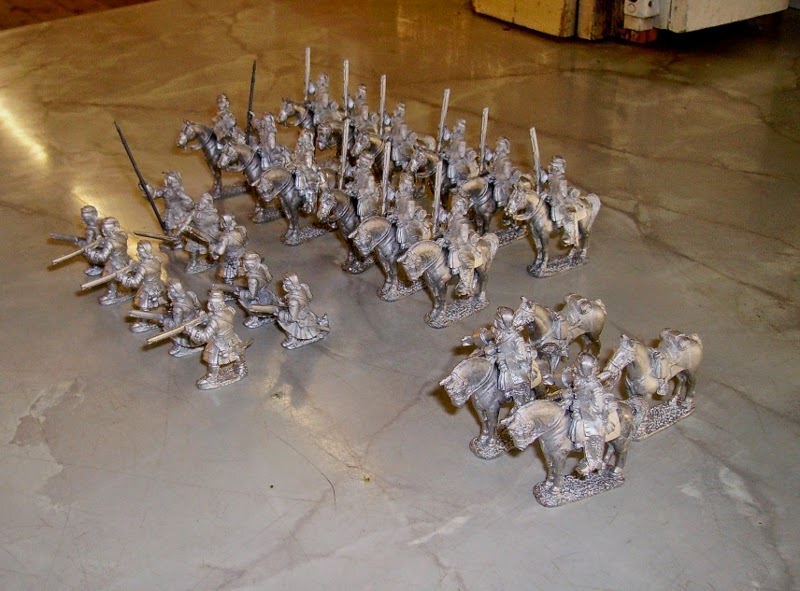 Can't wait to paint them up!
Posted by Herkybird at 22:30