Sadly, one of club members passed away on Boxing day morning.

He came to our club about a year ago when he started at Newcastle university.
It soon became clear one of the reasons Gareth had chosen Newcastle was the fact that he had a heart transplant 8 years previously. Newcastle boasts one of the top cardiac units in the UK (Freeman Hospital), and he would be readily be able to get expert care should he need it.

Gareth joined our little group of players in our club, as he too likes skirmish games!
Every other week (he shared his time with a board gaming group in Newcastle) he joined our games, and was an enthusiastic participant.
He was very easy to get on with and a good, kind young man.

As an ex nurse, I noticed signs that his heart was giving him problems around the middle of 2013.
He was quite happy to discuss his care and condition with me, but he clearly managed his condition by not thinking over much about it. (I have found such people usually handle serious conditions better than those who dwell on their situation.)
We all treated him like everyone else, which I am sure was what he wanted. No one ever likes to be treated as a cripple!

Gareth started missing the club a couple of months ago, and his absences became more frequent.
I had received text responses from him in November saying he had been in hospital getting monitored, and his anti-rejection medication modified. He was told he was likely to need another transplant soon.

Sadly, his condition continued to worsen. He did try to get to the club on 14th December, but deteriorated and was re-admitted instead, and we later found out he had been in ICU (via his sister on Facebook).

Yesterday, I got an E-Mail from Lawrence saying Gareth had passed away.

This was very sad news for us. We all feel for his poor family. Gareth will be sadly missed.

Gareth (with Phil) in September. 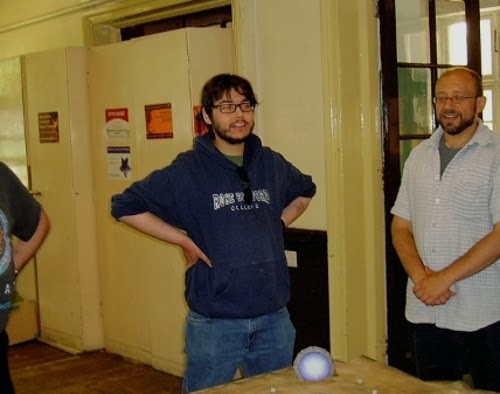 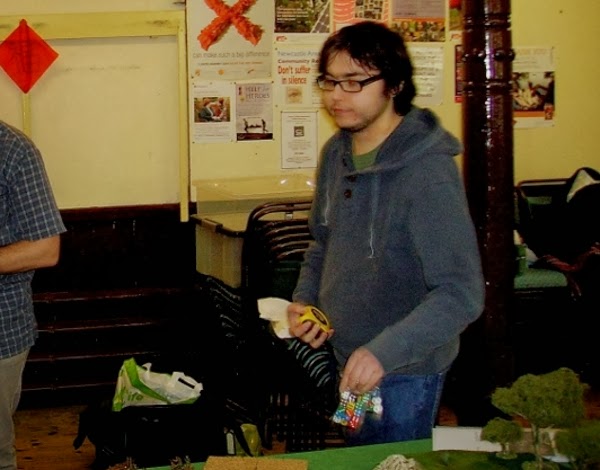 We join his sister in thanking the family of the heart donor who gave Gareth 9 years extra life.

I wish more families would act so selflessly.
Posted by Herkybird at 22:30