Today, we welcomed Jordan to our little band of happy gamers. Only Phil, Jordan, Gareth and I were playing as Ian and Lawrence were trying 'I ain't got shot yet mum' WW2 instead.

I must apologise for the picture quality, my little camera hates taking pics on the black cloth, and no playing around with the settings makes it behave!


Phil, Jordan and I played the Rebel alliance, taking an X-Wing each. As it was his first game, we gave Jordan Luke Skywalker as his pilot! 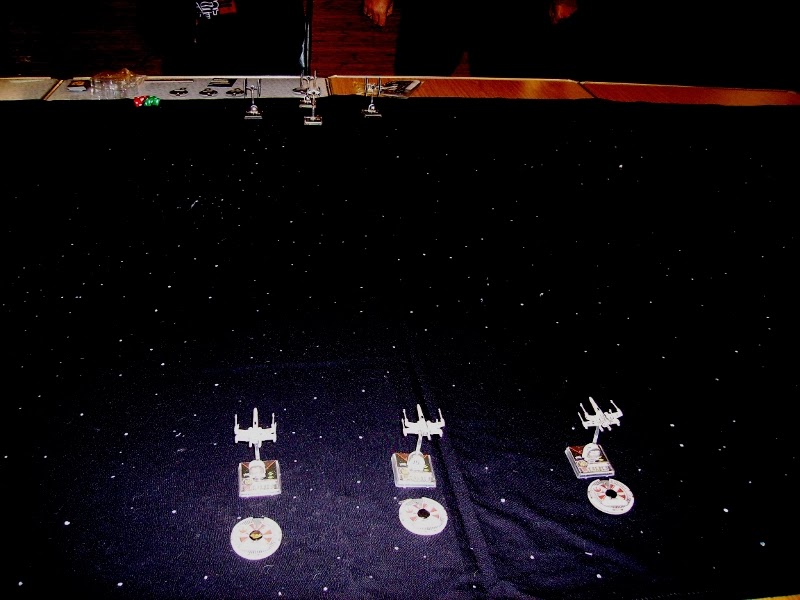 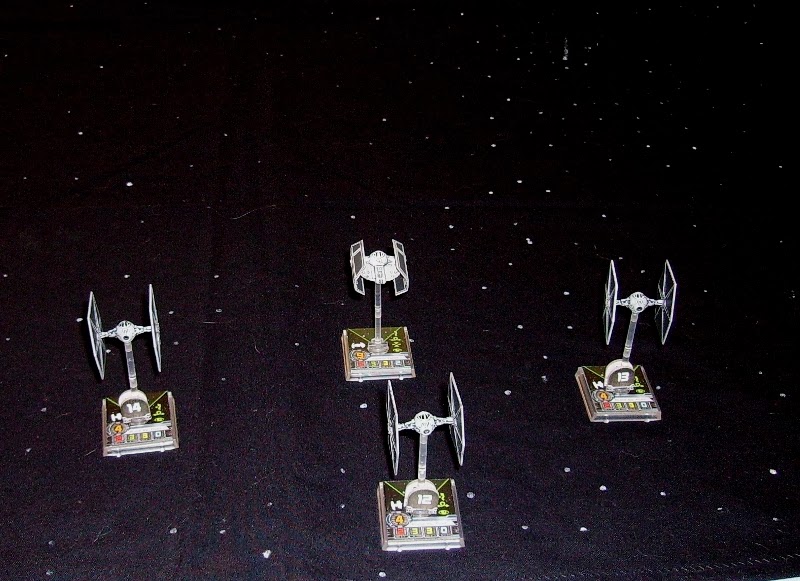 The Empire pushed forward in formation. 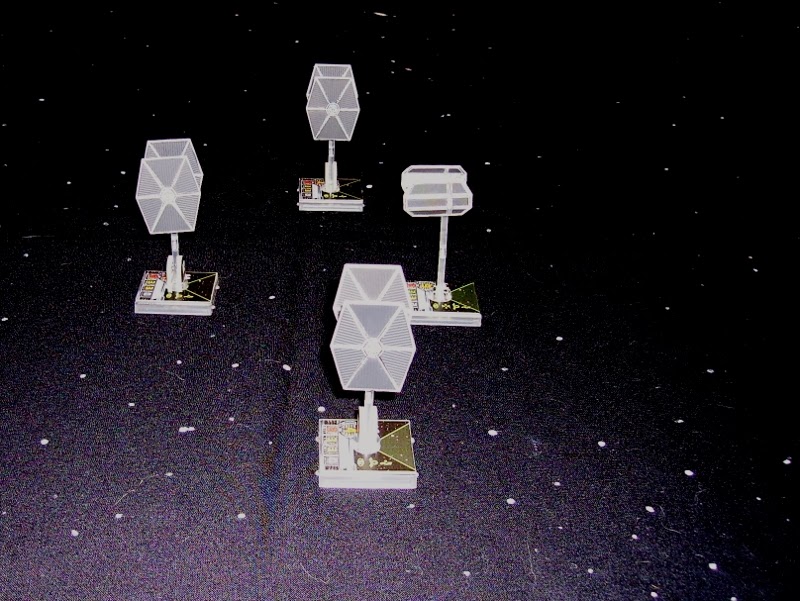 As did the Rebels! 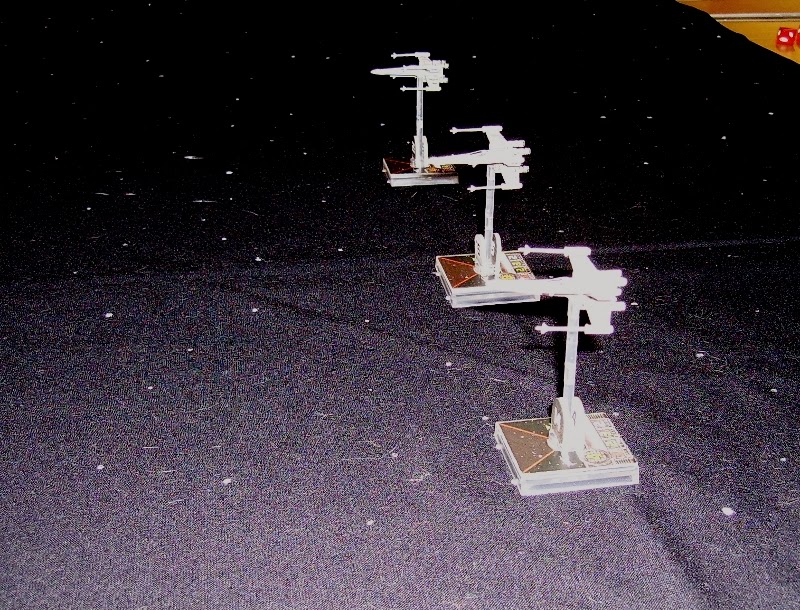 I managed to Koiogran  turn onto the rear of a Tie, and damaged it, Phil and Jordan engaged another. 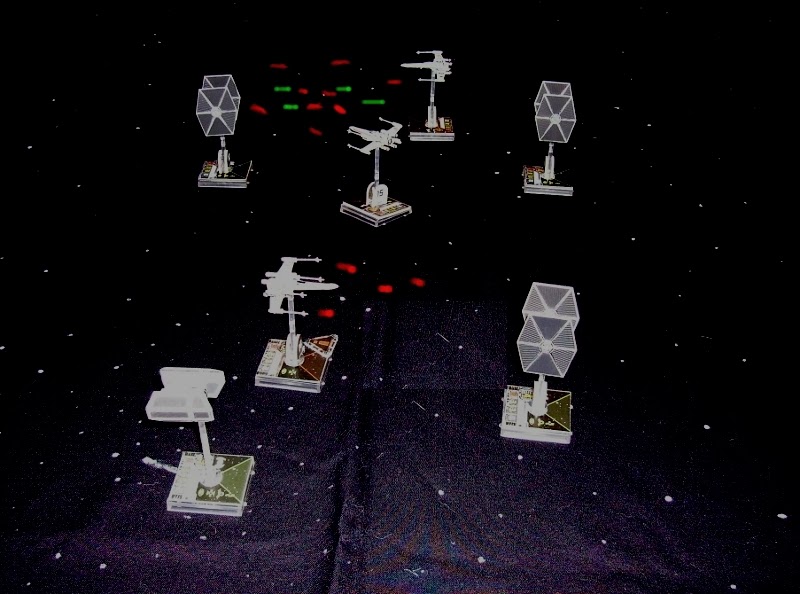 I slowed and 'Darth' turned right in front of me! - Phil and 'Luke' finished off their Tie! 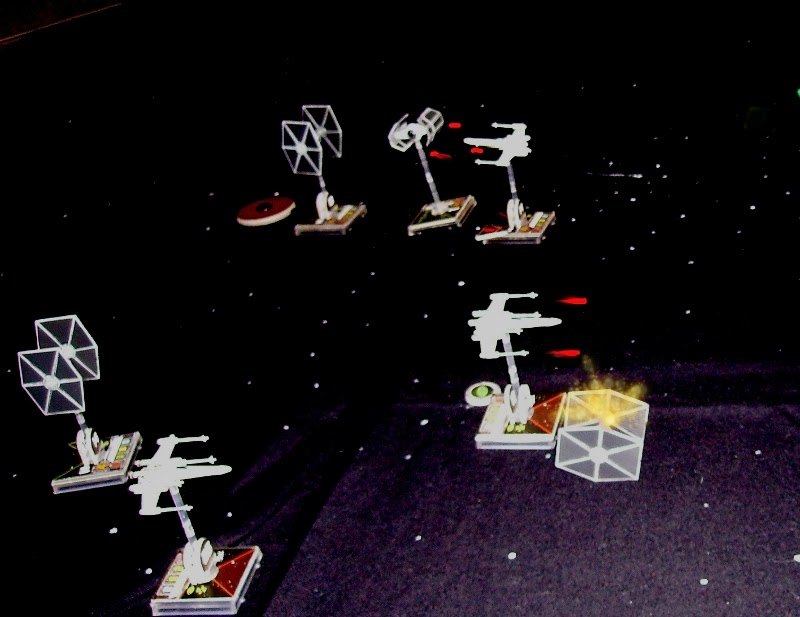 Darth Vader and Luke Skywalker went against each other. 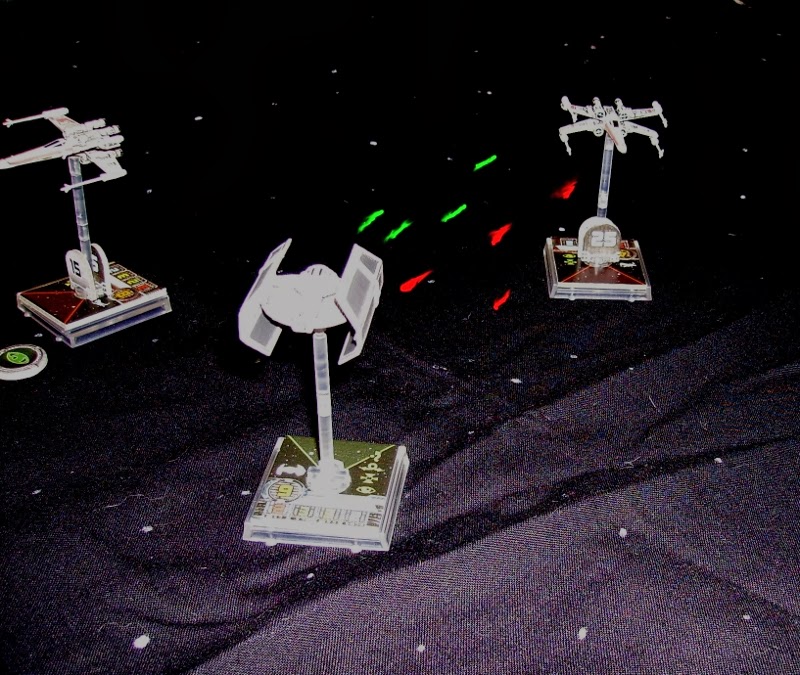 Both survived, and 'Luke' toasted another Tie. 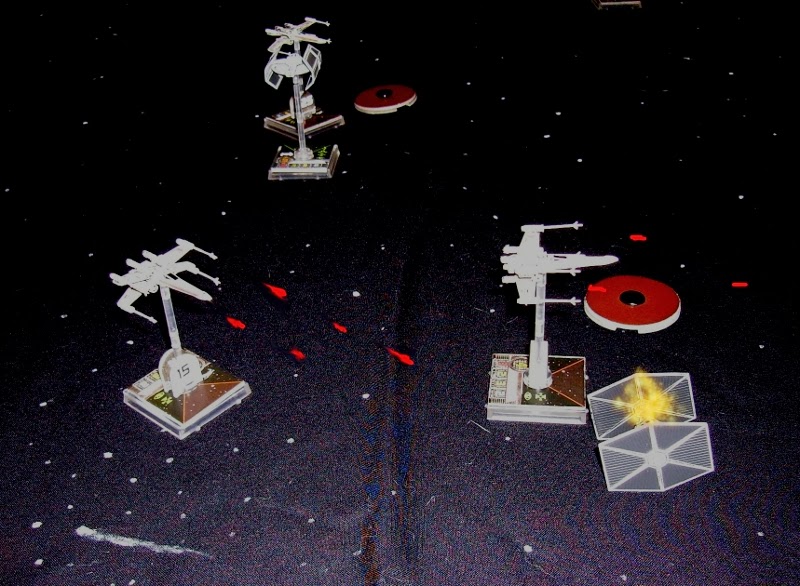 The last Tie managed to destroy my shields! 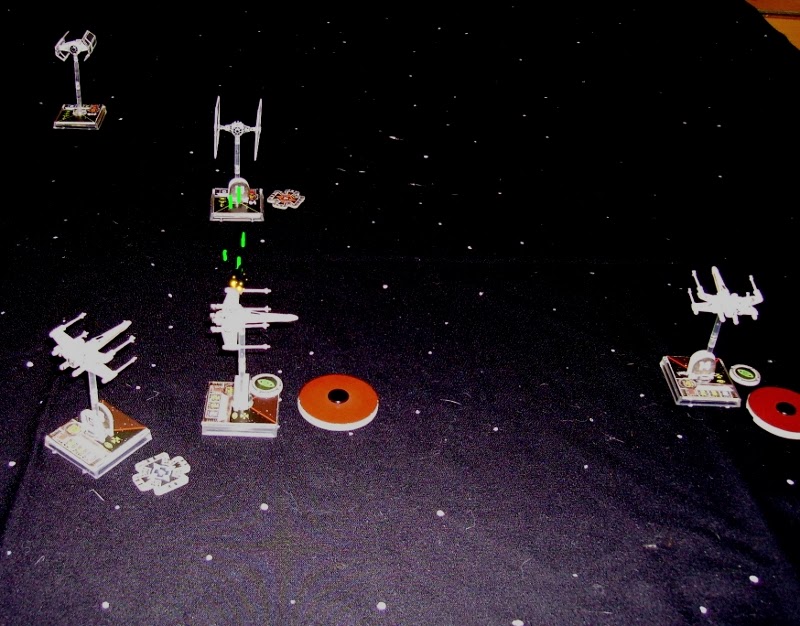 I managed a shot at Darth Vader, while he shot Phil! 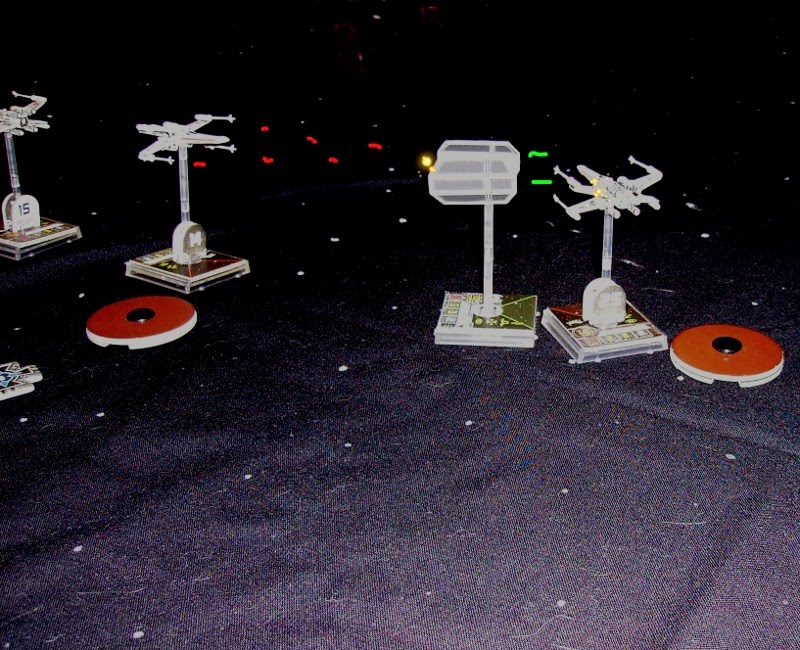 'Luke' was off looking for the last Tie! 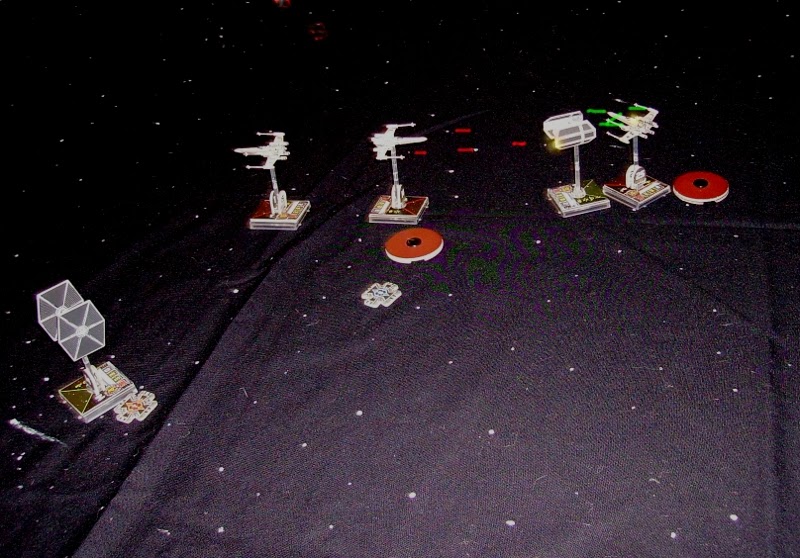 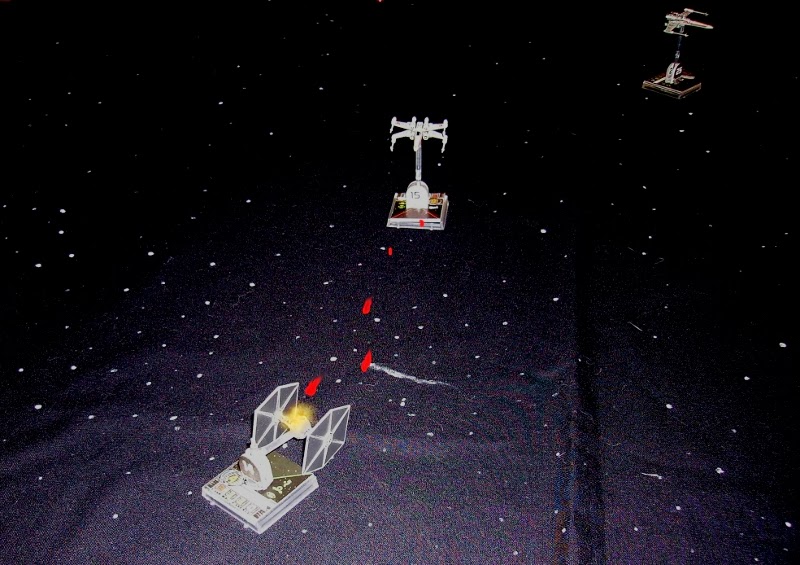 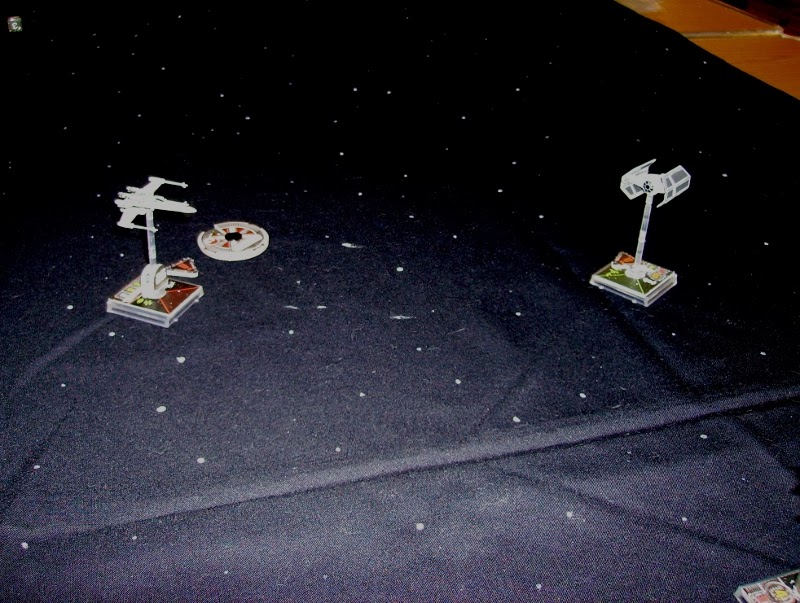 Phil exploded, or at least his X-Wing did!!! - poor Phil! 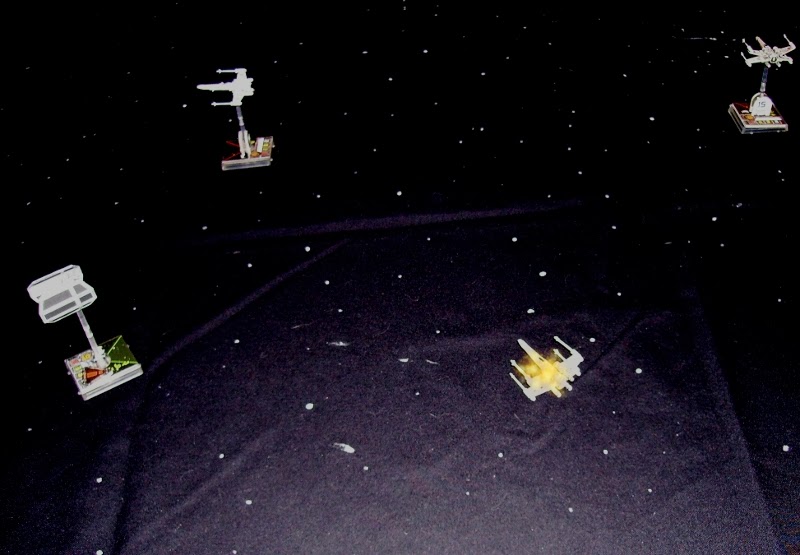 As I kept out of the way (I only had 1 hull box left!), Luke killed off Darth Vader! 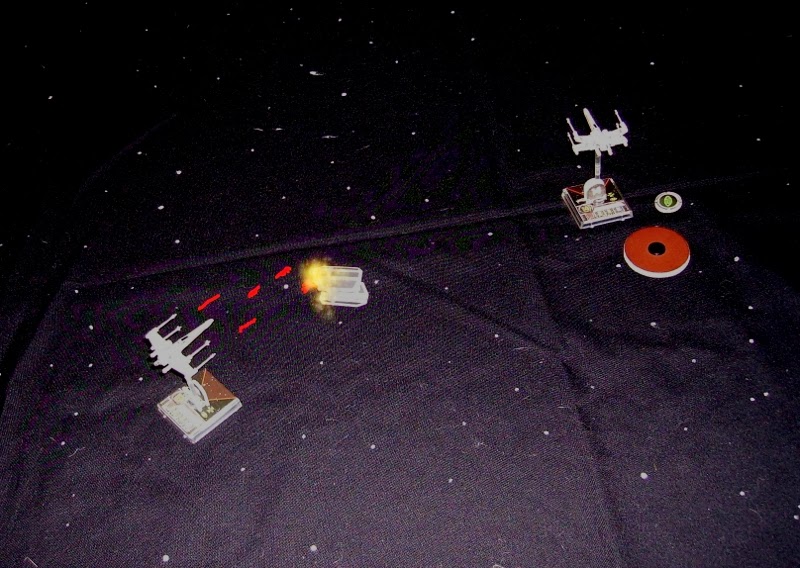 It was expected that the X-Wings would win, but Jordan surpassed our expectations and bagged all 4 Imperial fighters!

We did another game, where Phil ran 4 Tie fighters, and Gareth used Boba Fett's Slave 1.
Jordan and I each had 2 X-Wings each, we ran rings round the Empire, and apart from losing some shields, we managed to destroy the entire Imperial force! - this was an equal points game too!
Gareth quipped that next time he will bring the Death Star!!!