After a debacle last week (when we found on the Saturday morning our hall was double booked and we had to cancel at the last minute) - we finally got to try Field of Glory Renaissance out!

We actually managed to get 2 games in, after which we felt comfortable playing the basic rules.
Ian and I used the Parliamentarians, against Gareth and Lawrence playing for the King.

For the exercise, we played on a flat field with no difficult terrain to worry about, with identical armies.

Ian and my deployment (left) 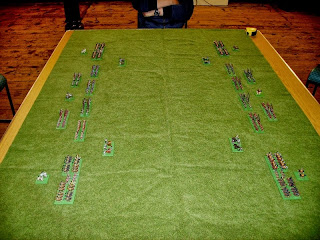 My force, 2 guns, 3 regiments of foot and 2 of horse as we advanced. 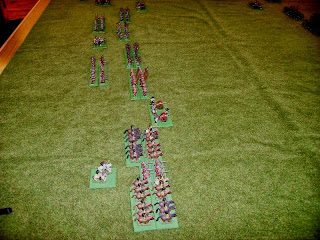 Ian lost a stand of horse to long ranged artillery! 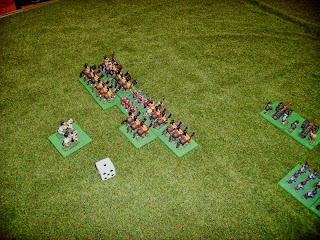 Lawrence and I exchanged ineffective gunfire as we attempted to disrupt the enemy horse. 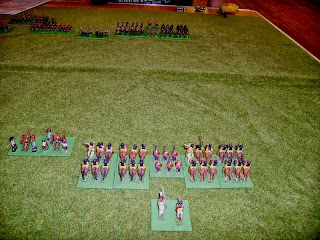 Ian held his horse back on our left while his foot advanced with mine. 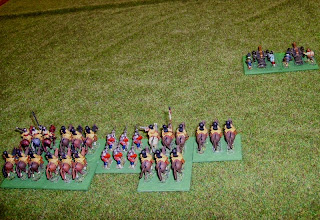 Another artillery hit killed a second stand in Ian's luckless horse, and the half strength regiment broke! 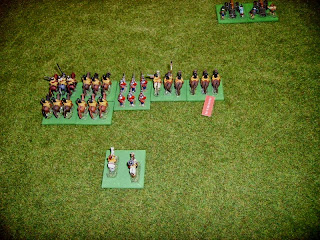 ..fortunately there was nothing behind to disorder! 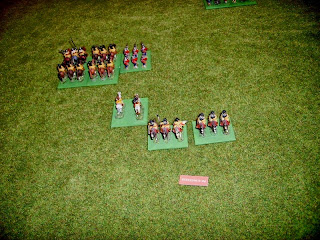 This meant he was outnumbered by the Royalist horse opposite. 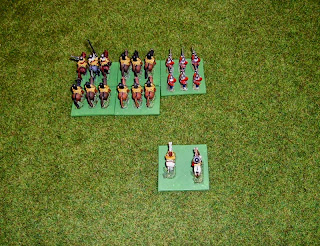 On my flank, the Royal artillery did the same to my horse!!! 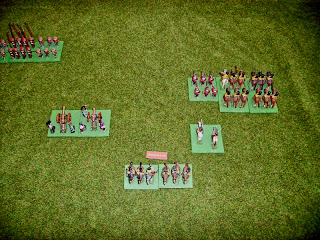 As they fled, my Artillery and my other horse regiment panicked and became disrupted. 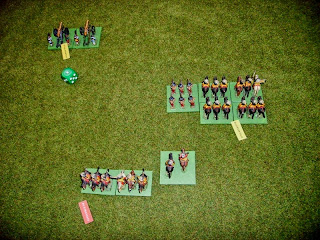 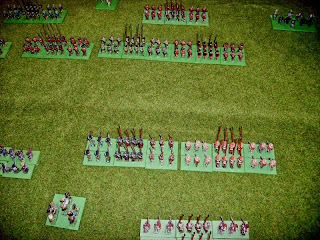 Ian's foot got the better of Gareth's men. 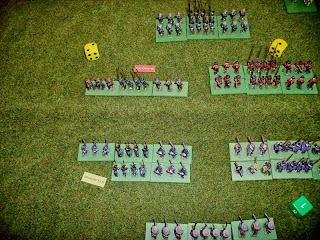 Mine initially held their own. 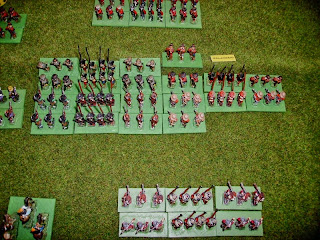 Lawrence's guns blew mine away, they had nothing to shoot at now! 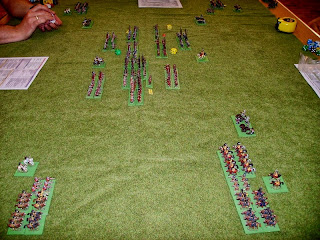 Unfortunately  for me, a brilliant dice rolling effort from Lawrence broke one of my foot regiments. 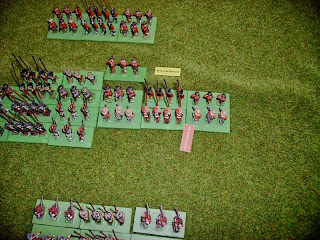 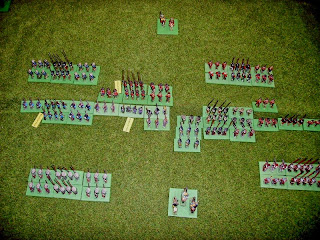 The royalist regiment still in contact began to win against Ian's regiment. 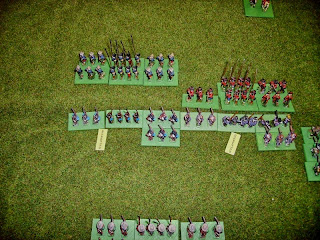 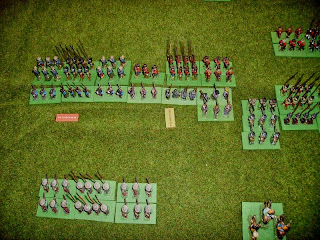 The second regiment quickly followed as the dice failed us again! 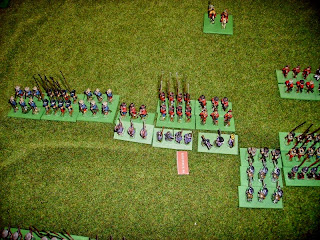 On my flank, I also lost a second regiment. 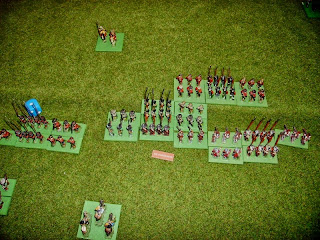 This meant we were at 50% strength, and our men quit the field!

The dicing of the Royalist players meant this was a fairly one-sided affair. We decided to have another, with a couple of modifications, more foot, and a small unit of dragoons each.
We also cut the effect of guns down, halving the dice thrown at long range, and reversing the factors against horse and foot.

The second game worked better, and we actually got a fairer distribution of good dice!
Both Ian and I beat the royalist wings, and despite hard resistance, the royalist foot finally gave ground.
It was good to have a win each!

We are happy to play this again, and introduce terrain and different quality troops to spice it up a bit.

Thanks to Jimi, for providing all the troops and running the rules for us!
Posted by Herkybird at 20:22