As the title suggests, we did 7 Years war again!

This time we did a Prussian v Austrians and Russians...


The Russian left deployed with cuirassiers in the front and dragoons behind. 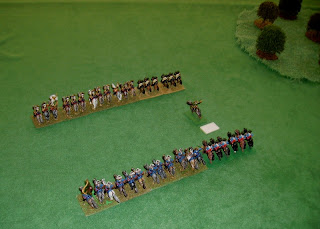 The same arrangement further in.. 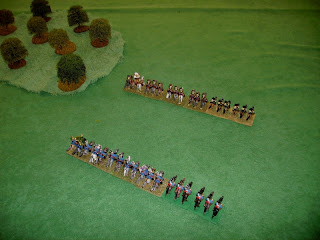 The Russian main body formed a defensive position with the Austrians. The Austrian horse deployed in the centre, backed by grenadiers. 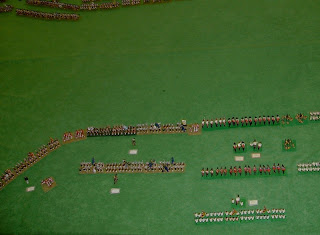 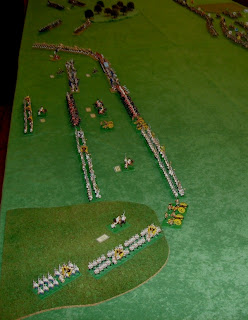 The Prussians deployed Kuirassiers and dragoons facing the Russians. 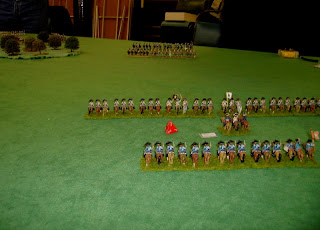 ..but supported their horse with infantry and guns. 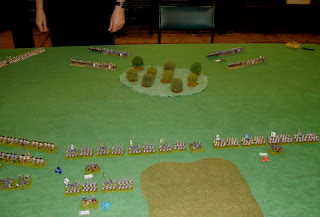 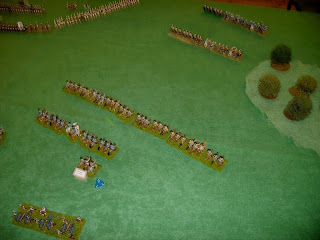 The battle began with the Prussian cavalry attacking. 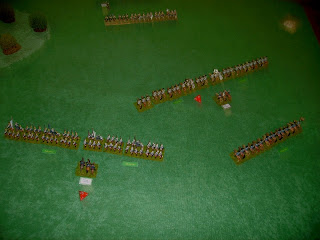 ..Followed by the main body of Prussian foot on the left. 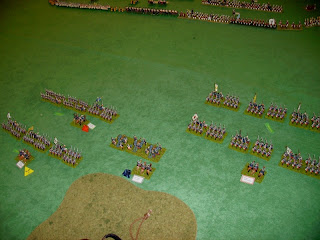 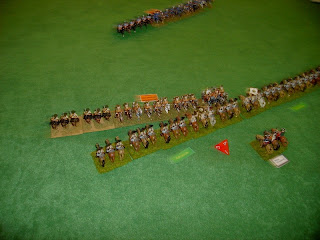 The Russian guns taking a toll of the left wing squadrons. 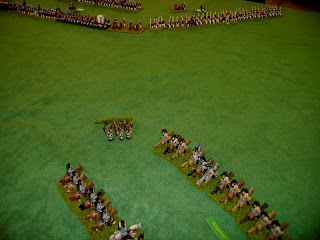 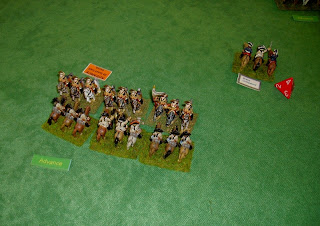 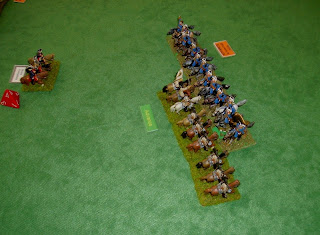 The Prussian infantry advanced to support their horse. 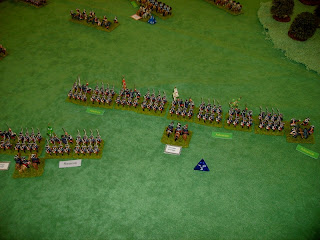 On the Prussian left, Austrian guns engaged effectively with the advancing Prussian infantry. 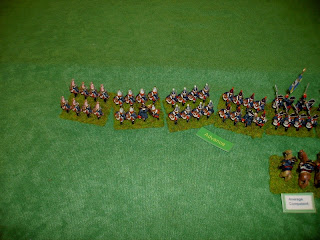 The Prussian right wing Kuirassiers were ruined before beating the Russian horse. 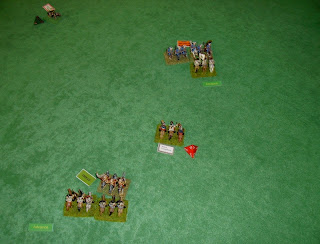 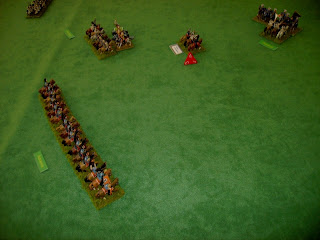 The other Prussian horse were more successful against their opponents! 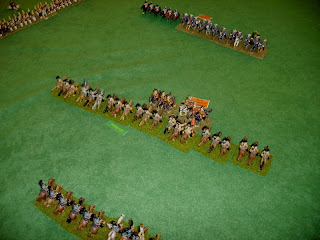 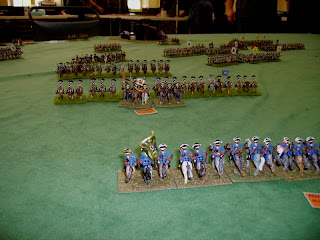 The Austrians advanced, forcing the Prussian infantry line to pivot to face them. Before this, the leading Prussian brigade made progress in breaking the Russian front line. 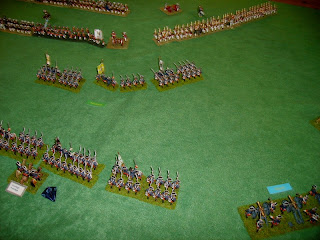 Night fell with both sides glowering at each other, neither having the advantage sufficient to win outright victory, though, no doubt, both sides claimed it!

Rules: Freely available as ever at: Tyneside wargames club download page
Posted by Herkybird at 11:27