Today we tried another Wars of the Roses skirmish.


The Nevilles deployed with a band of men at arms on their right, dominating a wood. 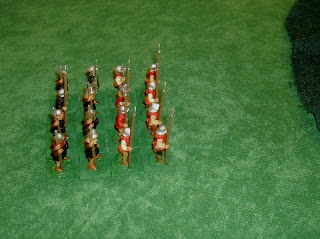 The main body of armoured archers in the centre... 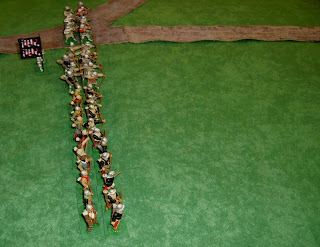 ..mostly unarmoured archers on the left. 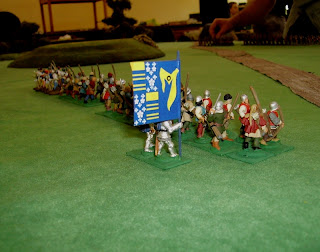 On their far left, a body of billmen stood behind a hill. 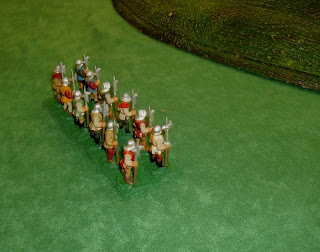 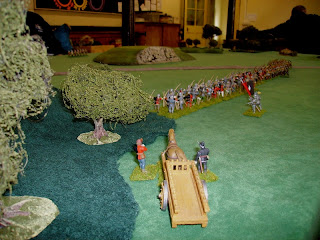 With the Yorkist right out of sight behind another wood, the De Laceys advanced within range and shot an arrow storm! 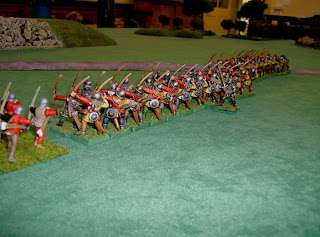 Despite being at long range, the results were...devastating! 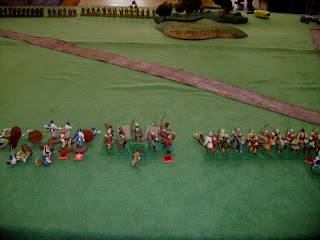 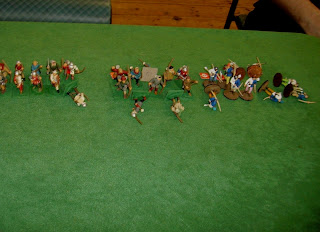 The Yorkist Nevilles were left with so few archers able to respond, they fled the field!

The game was, to a degree, spoiled by two factors, which will be corrected in any future WOTR games we do;

(1) The table was too shallow, allowing our side to dominate before the other side could manoeuvre.

(2) The system we use for deploying troops needs changing--

Currently, we dice for which side is the attacker, the defender gets choice of side, to a degree!
The Attacker deploys next, and gets first move.

We plan next game to use a deeper table, so we can have more than a shoot-fest!
We also plan to deploy alternate units (ie: The defender deploys a unit, then the attacker, etc), so we cannot choose the optimum line of attack neccessarily.

I will let you know if this works!