Today we had a trio of games of What a Tanker, with the winner staying on and the loser refereeing the next game.

All were one on one encounters, which I find difficult to post as not a lot seems to happen, its all on the dashboards and in the dice rolls for command and control!

I have done a few pictures of our first game, though.


I brought my newly purchased terrain from Last Valley to complement Lawrence's. Together, we can make an interesting table! 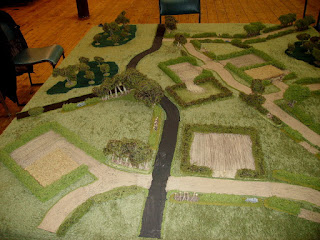 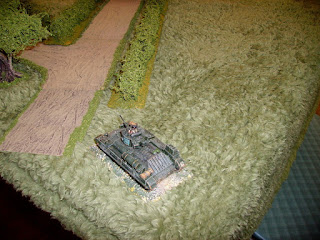 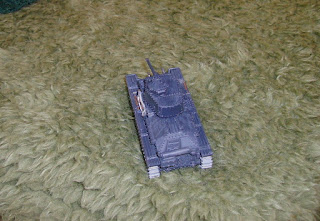 Phil raced across the table in the cover of a roadside hedge. 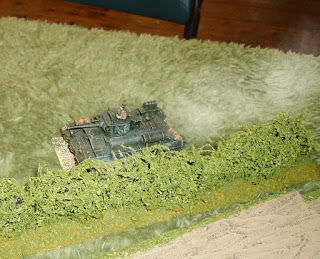 I moved to bypass a dense wood, using my Panzer's speed to make headway to a hedge on the road the British were advancing down. 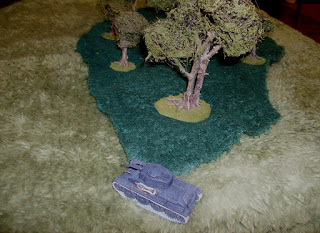 Although I had acquired the British tank first, it was the Valentine which got the first shot... 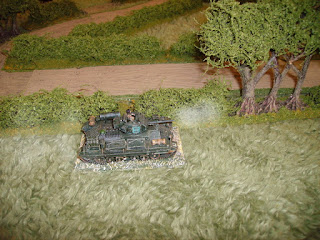 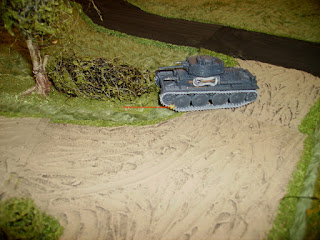 My return fire was ineffective, only causing one temporary damaging hit. 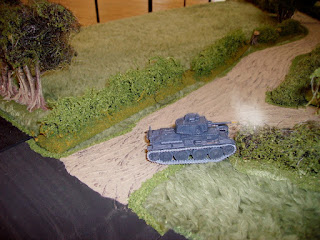 Phil continued to have the best of the gunfire exchange... 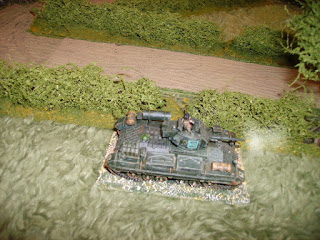 ...Suffering a second permanent damaging hit to my optics... 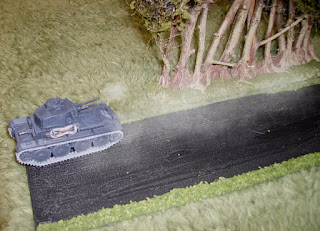 ...I had my little tank escape off table!

In the second game, Phil managed to brew up Lawrence's PzKpfw 38 (t), as Lawrence's dice let him down badly. The crew got out ok though!

Phil, despite being the double winner, now graciously let Lawrence and I fight the last rubber.
I kept the PzKpfw 38 (t) and Lawrence had the Valentine.
I rapidly closed with the British tank, and although I had some turret damage, managed to get a victory for the Panzerwehr!, my tank managed to outshoot the Valentine. I felt sorry for Lawrence, as his dice let him down again at the vital moment.