Today, Lawrence and I were were all of our group to turn up at the club!
I had brought down Sorcerer's Cave again, but after seeing the ravages of time on my old 1981 set, I scanned all the cards, printed and laminated them at about 2/3 the size, so it would fit better on our tables.
I had planned to do a journal of our little adventures! - but I forgot to take pictures! - it is a very absorbing little game!

This was Lawrence's starting force, mine was a Hero. 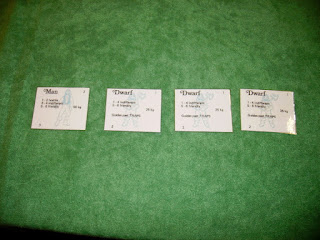 Lawrence went first, going North, and rebounded, all I found were dead ends! 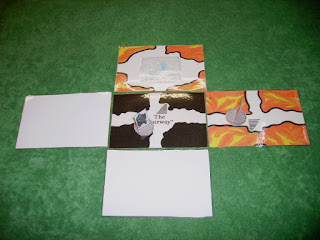 Not surprised he went East - North was Medusa's lair! 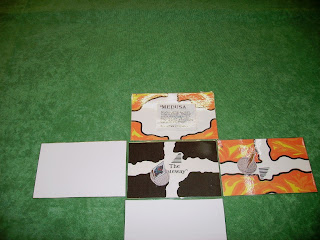 All in all we had a nice relaxing couple of games. I was pleased with my miniaturised sets of cards, the area cards are hard wearing and at about 8 x 5 cms across, are quite readable, and we got a lot more cards in a smaller space!
I also changed the mix of small cards, which I liked. Less magic users, more mundane creatures (Yes, I have 7 Dwarves!)
I think it played better this way!
Posted by Herkybird at 16:38