Running foul of the Americans

Today, there was only the 2 of us, Lawrence and myself, and I was starting to feel rather unwell, so we only managed a quick game.
We had opted for Sails of Glory, and I was interested to see how 2 frigates would handle the USS Constitution. I had commanded 'Old Ironsides' before, and beaten 2 frigates and a sloop. This time we left her to the solo system and set off, each commanding an Amazon class frigate, this would be tough!

Our American opponent, with the gunfire of a '74, and a burden of 5 against our 2! 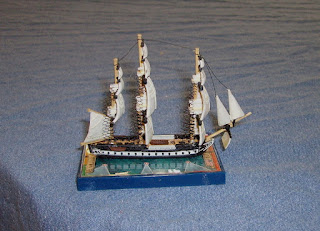 I led in HMS Orpheus, Lawrence followed in HMS Cleopatra. 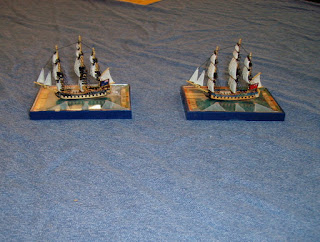 I counted on our greater upwind speed allowing us to cross Constitution's path. 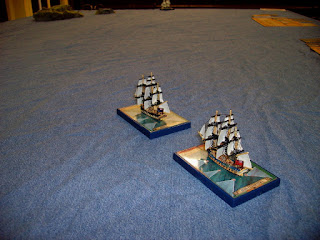 Constitution was heading upwind too, quite unconcerned! 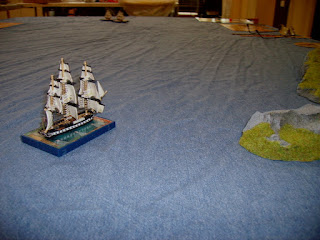 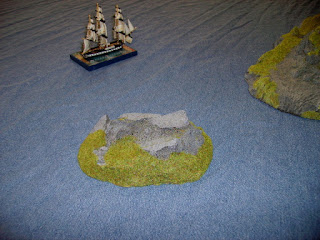 I had calculated we would need to get combined fire and possibly rake Constitution to beat her. 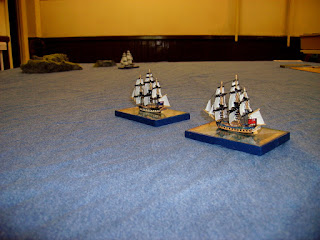 It looked as though our race to cross Constitution's path was won? 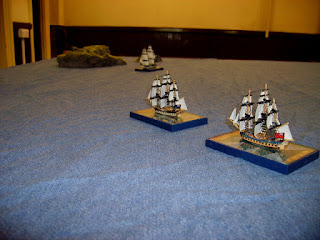 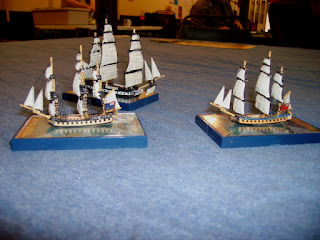 I fired a broadside into her, she withheld her fire till she could bear all guns. 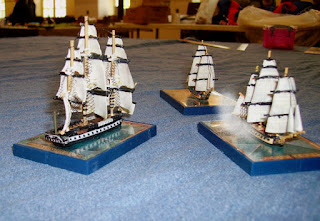 I barely scratched the American juggernaut! 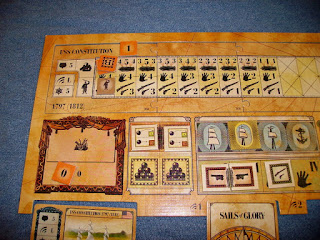 Constitution did fire into Cleopatra as they passed. 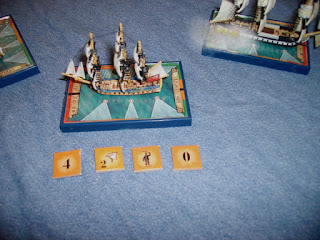 I was turning to try for a rake, Cleopatra followed. 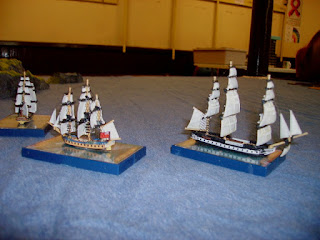 Unfortunately, USS Constitution turned and fired a rear arc into Orpheus! I suffered 9 damage, a fire and a leak. My return fire was ineffective, but HMS Cleopatra managed to start a fire on our enemy. 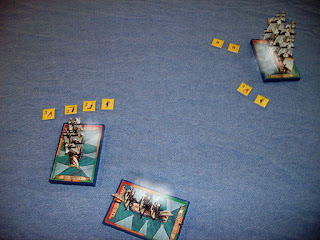 My ship, in one long ranged shot, had lost half my hull points, and would have to eschew firing to save my ship from fire and flood! 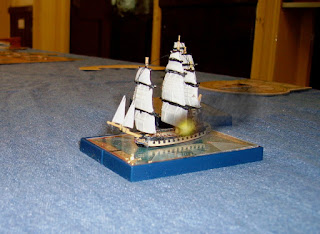 We decided to limp away, Cleopatra would be no match for the lightly damaged USS constitution! 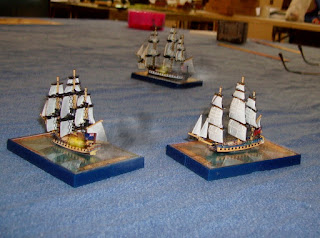 The day belonged to her jubilant crew! 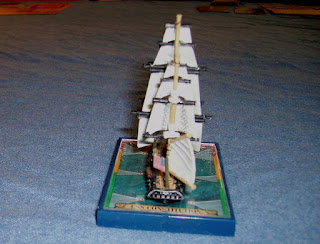 Email ThisBlogThis!Share to TwitterShare to FacebookShare to Pinterest
Labels: AAR, Sails of Glory