Good for the Constitution?

Today, I tried out the USS Constitution against an equivalent points force of Amazon class frigates. I decided to command the Constitution and let the solo system run the British. I decided to use my flotilla system where only the front ship in a line dices for manoeuvre, the subsequent ships use the last diced manoeuvre of the vessel in front.


My model of USS Constitution
Constitution has the manoeuverability of a frigate, and the firepower and hull of a '74. This would be a tough match! 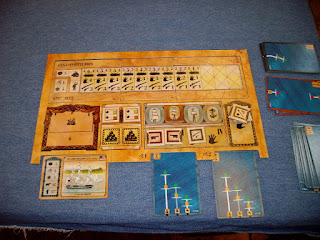 I commanded the Constitution. 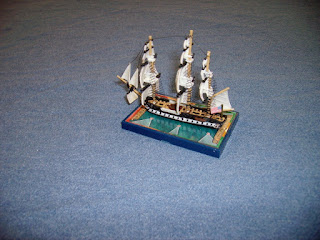 The British, as per my 'Powder Monkey' solo rules, headed straight as close to the wind as possible without going 'In Irons'. 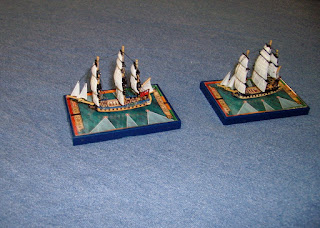 The Amazons were puny in comparison with my ship, with only a burthen of 2 against my 5, and less firepower. 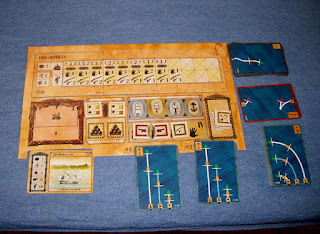 They are faster though... 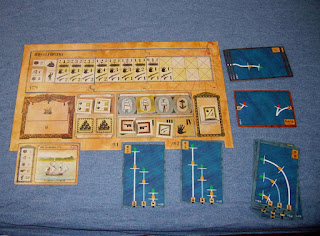 Soon, they were getting upwind of me, but until they got within 2 shot rulers they would not change direction. 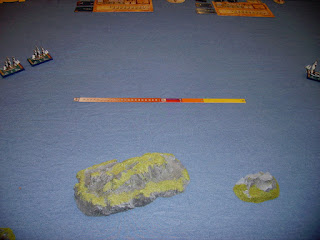 They were 'Crossing my T!' 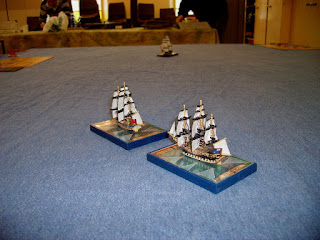 I planned a turn to port, giving up my race upwind. 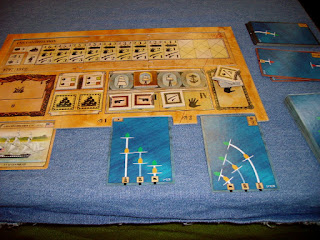 The Amazons were now within 2 rulers... 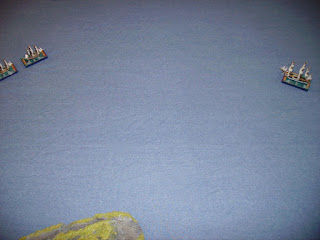 ..and began to dice for manoeuvre. (The acetate template was kindly given to me by 'Captain Kiwi' ) 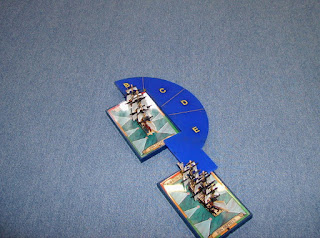 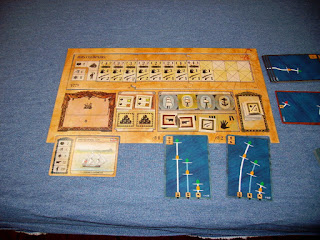 HMS Orpheus would plan this same manoeuvre next turn. 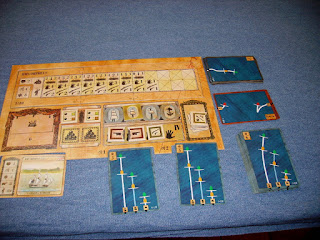 We passed, and opened fire at long range.... 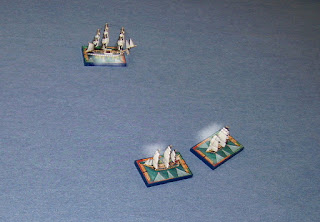 My Constitution took a few crew losses, but otherwise was only lightly damaged by the 2 frigates' fire. 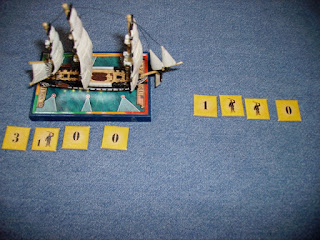 My return fire on HMS Cleopatra was....devastating! - and included a mast loss and a fire! 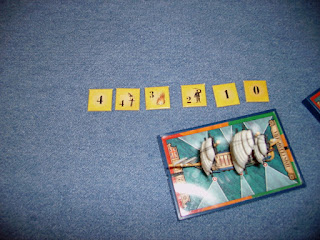 Her chart shows the ship half destroyed in 1 volley! 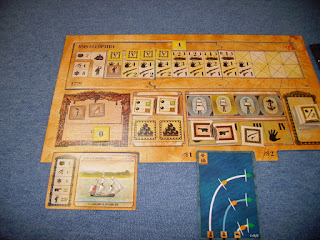 USS Constitution was not seriously damaged. 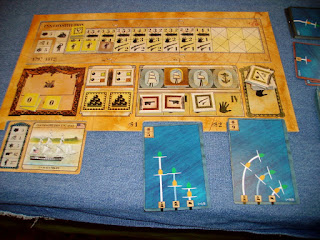 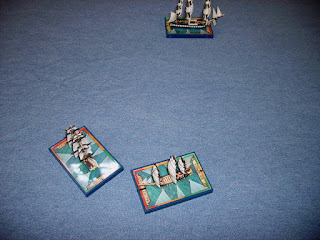 ...though the crippled Cleopatra was busy trying to repair herself to do so. 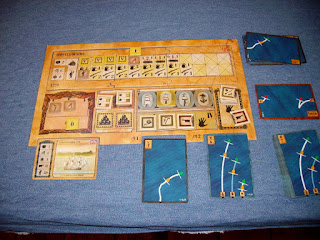 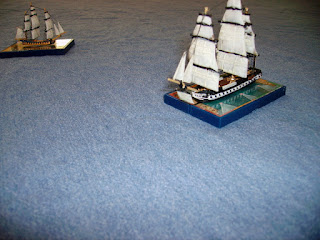 I fired another broadside at her. 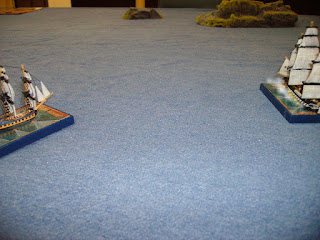 Not as good as last time...but maybe the leak will put out the fire? 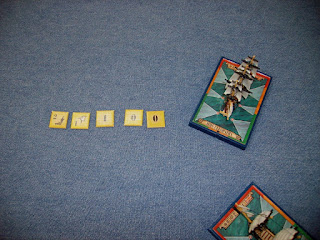 Unable to control the damage from both fire and flood... 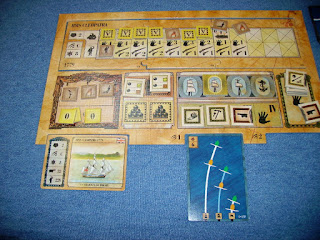 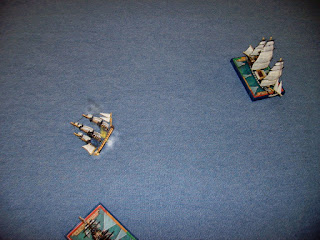 With the undamaged HMS Orpheus left to face the mighty Constitution alone, I deemed she would escape rather than fight such an unbalanced battle alone!

Fun game! - made slightly easier by a good initial damage chit draw!
Posted by Herkybird at 19:14