Escape from the Death Star

As a try today (Saturday) I got my Millennium Falcon model out for a solo X-Wing game, the club not being on due to Easter!
I thought I would test the main rules by trying to escape from the Death Star in the Falcon, having to get through the sentry ships (4 Standard Tie fighters)

For accuracy (!) I used the  Han Solo pilot and the Millennium Falcon, Luke Skywalker and Chewbacca upgrades. The 4 Ties were black squadron pilots.
The points were 2 points in favour of the Falcon, if you're interested!

HAN: (to Chewie) We're coming up on the sentry ships. Hold 'em off!
I set my Falcon at speed 4 on one edge of the table. 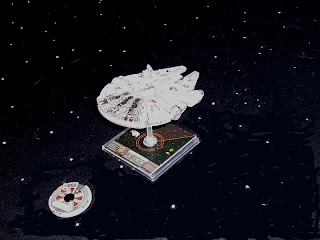 The 4 Ties started half way up the table on the Falcons right. 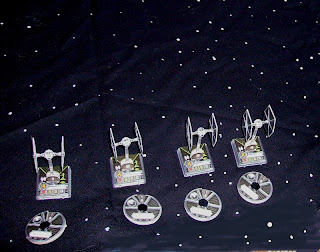 The Ties advanced in a line to cut off the Falcons escape. 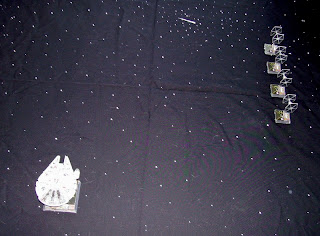 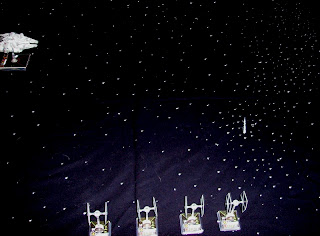 The Falcon kept on forward, one of the Ties broke off right. 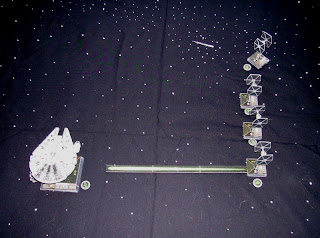 The Ties broke up to attack, but neither side hit as we fired. 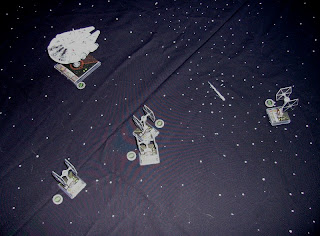 2 of the Ties closed and shot at close range. 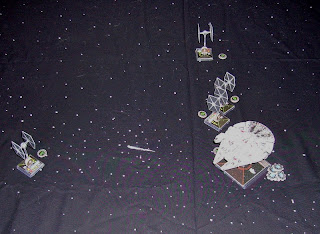 As the Falcon turned it blinded a Tie pilot and seriously damaged his ship. 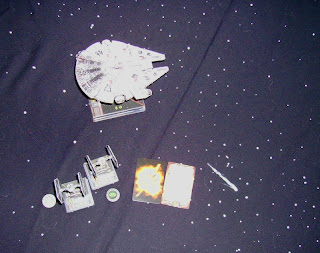 The Falcon shook off the Ties... 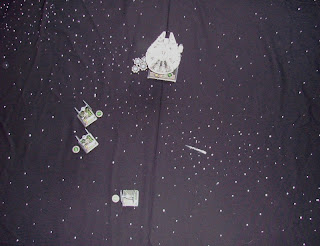 It had got through, but the Ties being faster would need to be dealt with. 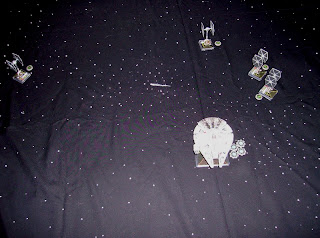 The Falcon turned and the Ties grouped to re-engage. 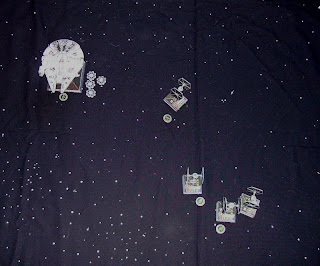 The first 3 Ties fired and hit a shield, one of the ties took minor damage. 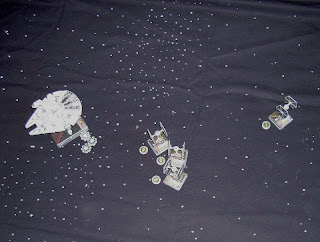 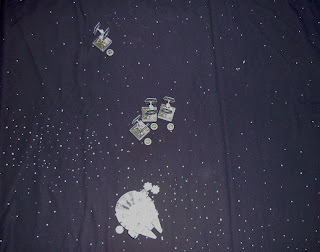 As the Ties chased the Falcon, another shield was lost. 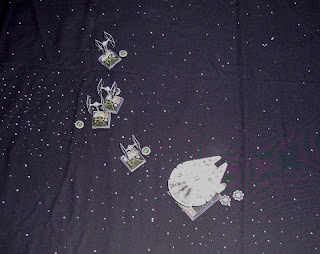 The Falcon got a target lock on a  damaged Tie.. 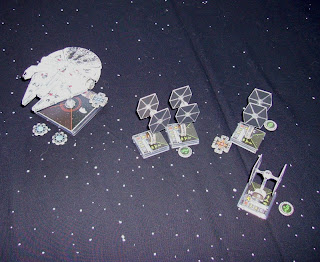 Turning hard left, a lucky shot destroyed one of the Ties! 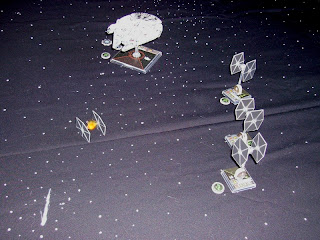 By continuing hard left turns the Falcon avoided the Ties fire, and got a lock on another Tie. 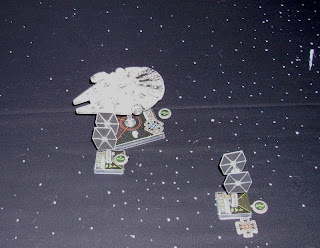 With more turning, another Tie exploded. 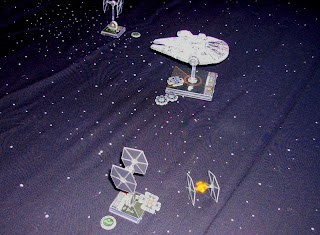 Just two left...the Falcon managed to weave among them. 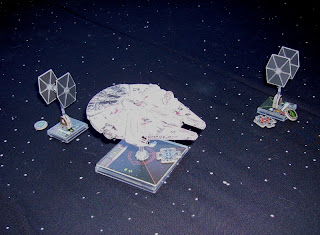 The Ties struggled to get a shot, but were all the time being shot at themselves. 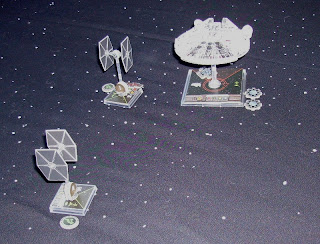 A Tie fired, but hit nothing. 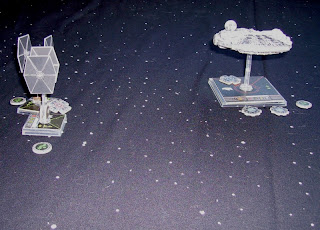 Once again, the target lock paid off. 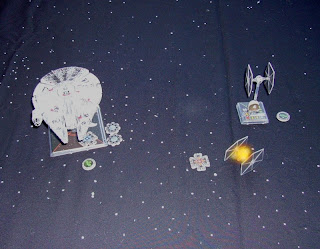 The next turn, an amazing die roll took out the last Tie! 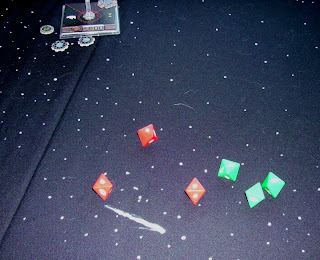 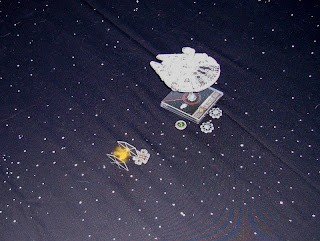 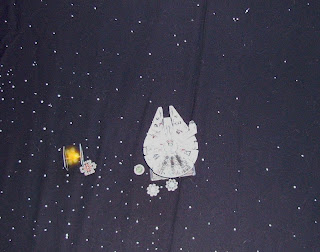 So that was that! - The Millennium Falcon was free to head for the Rebel base....