Today, we did Wings of Glory, and had 2 good games!

The first was to try a new variant of my solo rules, which was ok, but not revealing as to how good the rules are, as SE5a's are far too good against Albatross DVa's!
I flew one of the Albatrosses though, and managed to down one SE and mangle another before I succumbed, Great fun!

The second game was short, but was the first game using my Gotha V....Phil had amused us when we discussed doing this game as he thought we were doing a hunt of small rodents!..


The Gotha was placed in the table centre, Lawrence's Camel diced to arrive in its rear. 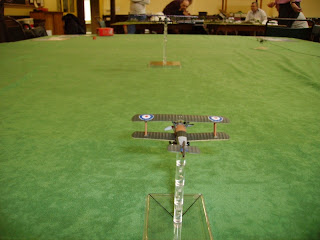 My SE5 diced to appear on its right.. 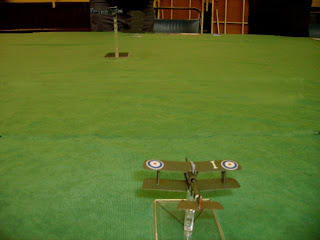 Phil deployed to my right....and Ian on the Gotha's left. 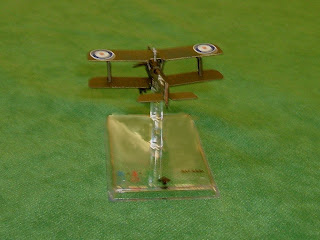 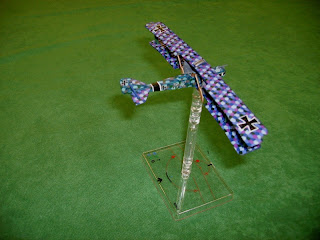 We all moved to engage it. 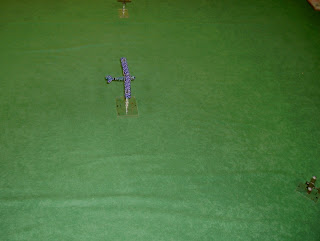 Phil reached it first, and manoeuvred to avoid its guns. 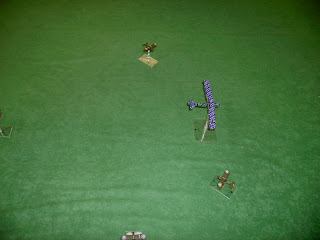 Ian managed to kill the rear gunner with a superb flank shot. 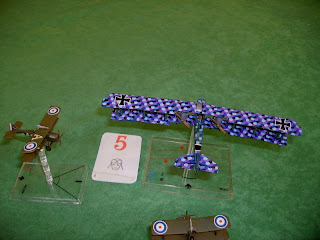 Surprised by the Gotha's speed, I got left behind with the camel! 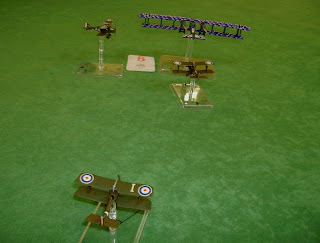 The Gotha swept left while we jockeyed for a shot. 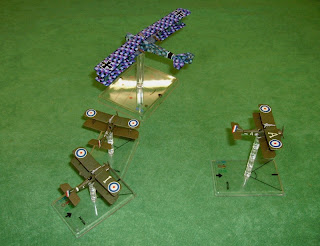 The retreating Gotha ran alongside the Camel. 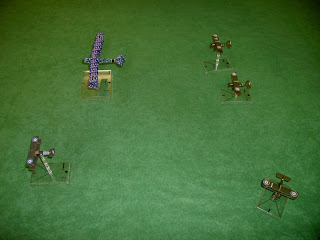 ..which rapidly closed and destroyed the hapless bomber! 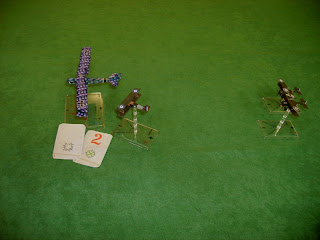 The Gotha was incredibly unlucky, the loss of both gunners in quick succession doomed it.
We have played against Rolands, with the same armament, and been trashed by the gunners! - I think it may well be much harder next time!

Gotha: Run by my solo system: Downloads - Wings of War
Posted by Herkybird at 18:59