This game was a try to do a different sort of coastal warfare game. 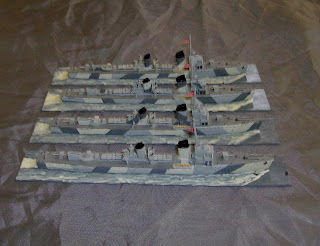 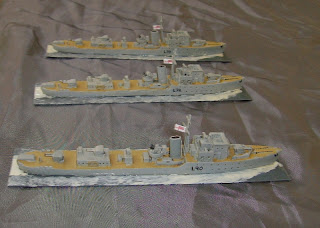 Both sides deployed hidden in the dark, but not for long! 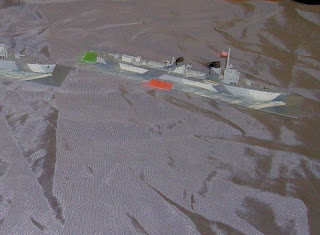 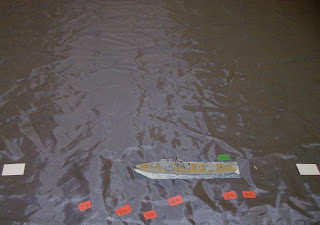 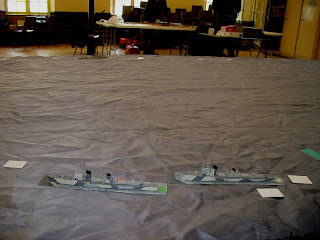 Some inneffective gunfire as both sides turn to close the distance. 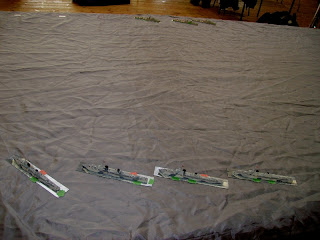 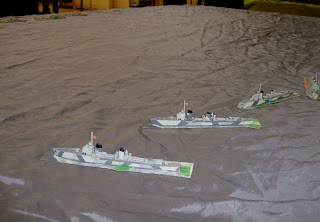 Poor flotilla command made the Germans obstruct one another. 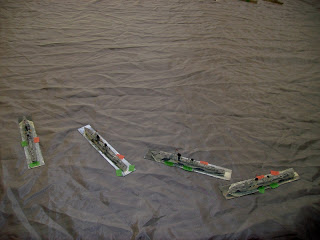 Seeing the inneffectiveness of their guns, they shot torpedoes at long range. 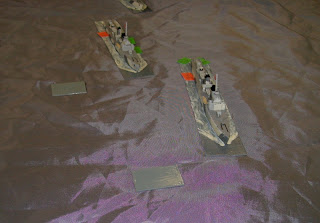 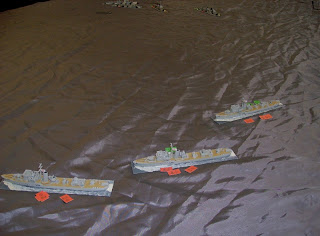 Some of the markers turned out to be real torpedoes en route! 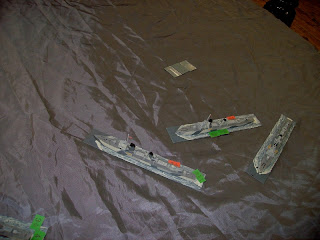 One of the Hunts straddled Mowe on its 5th salvo. 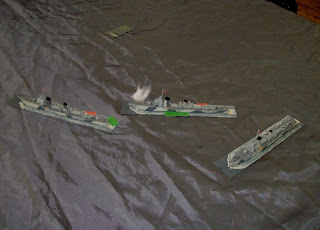 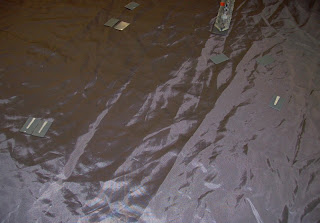 The first 2 German ships were being straddled now, though escaped hits. 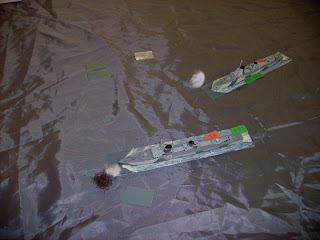 British fire slackened as the Hunts rapidly manoeuvred to evade the approaching torpedoes. 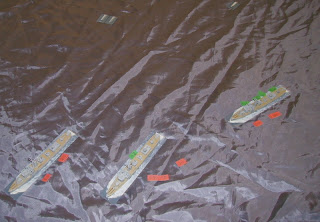 The Torpedobooten split up to outflank the Hunts. 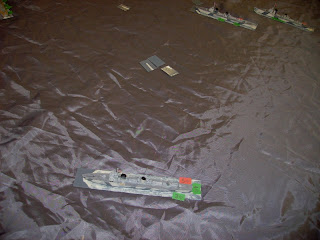 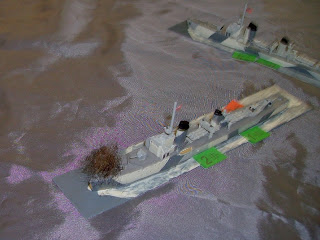 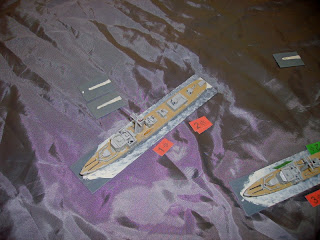 HMS Ledbury, at the rear, was not in danger... 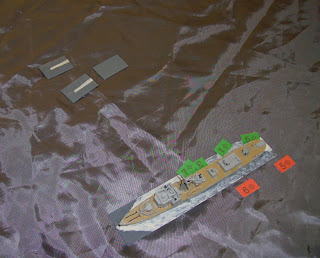 ..till the last 2 Torpedo boats shot all their torpedoes at once (Half of these markers were dummies to make spotting torpedoes harder) 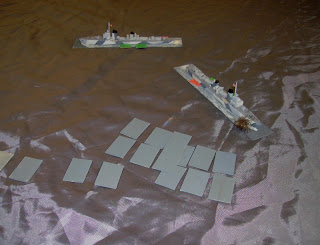 The Hunts were hard pressed to evade all those! 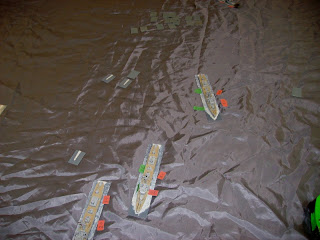 The pressure was telling on Phil the fish! 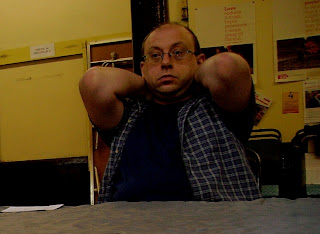 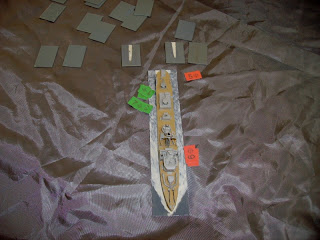 ..and neatly went between 3 torpedoes, but a fourth hit her stern luckily. 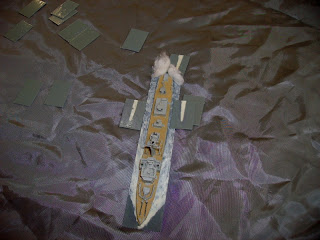 A 6 on the damage dice disabled the engine room, speed dropped, power was lost. 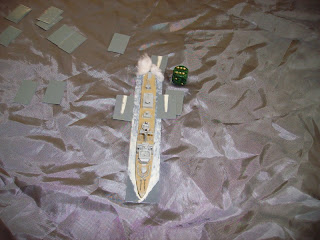 The crippled ship was flanked by Mowe, which had one torpedo left... 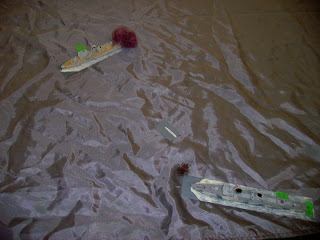 The other 2 Hunts were busy avoiding torpedoes, so couldnt help. 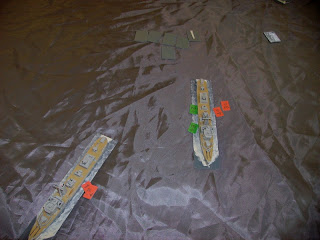 KABOOM! - the torpedo hit Ledbury and broke her back. 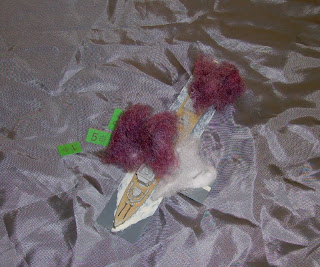 Making smoke, the remaining Hunts made their escape.

The Kreigsmarine had a victory, but it would take several weeks to replace all the torpedoes..!