This was another Wings of War game at Tyneside Wargames Club.

Ever since the SE5as were released as miniatures I have been very keen to see how they 'fly'.

We have been playing a sort of Campaign which is a game generator - occasionally- so this was a good chance to advance our characters some.

In the first game we forgot to take pictures, but suffice to say after bagging an Albatross I got seriously wounded and fainted in my cockpit, and got killed in the resulting crash landing. We lost that one.

In the second game, we got a reconnaisance mission, which reminded me to get my camera out!

We were flying 2 SE5s in escort to a DH4 attempting to take pictures of a Boche artillery battery. 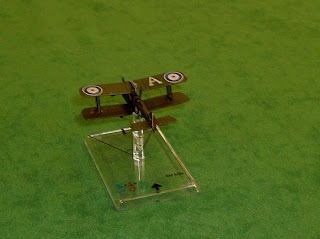 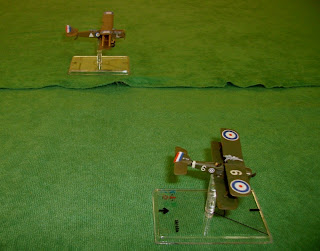 We were faced by 3 Albatross DVas approaching from the far side of the table. 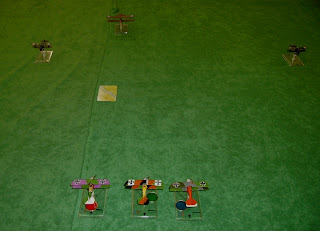 As we approached the target, the 2 SEs moved away from the (increasingly nervous) DH4, but the Boche stayed in a line formation playing their own version of 'Chicken'

Just short of collision the Albatrosses turned to engage the SEs and almost immediately one of the SEs sent an Albatross in flames, which put the advantage in numbers with the allies. 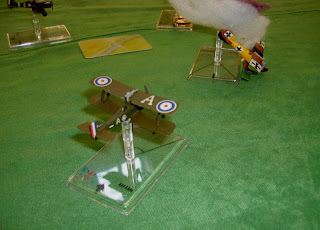 The DH4, meanwhile, swung round the resultant dogfights and bravely held a straight course to take the vital pictures. 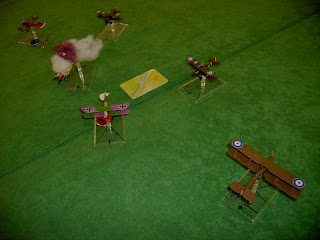 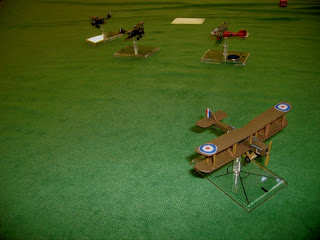 The SE5s - after fencing with the 2 remaining Albatrosses... 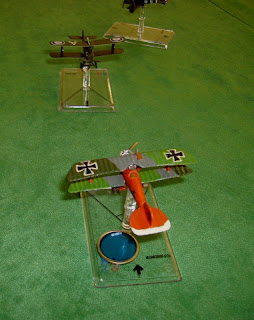 safely disengaged and followed the DH4 off table, their superior speed aiding their escape. 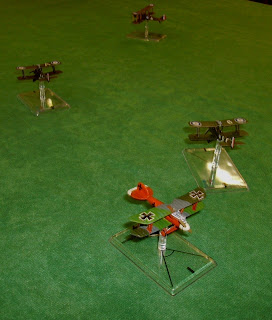 The Albatrosses were left behind -just looking pretty! 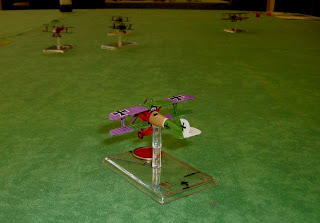 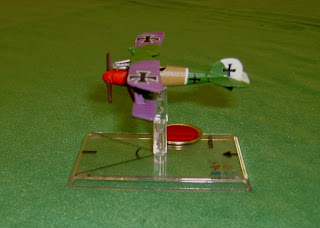