This was a follow up game to our last Viking bash http://blog.tynesidewargames.co.uk/2010/06/viking-game-29th-june-2010.html

Once again Gunnar the aggreived sought vengeance through combat with Einar Scumbagga. Once again Einar took up a position behind a waterway, but unlike the river in the last battle this was a mere stream. 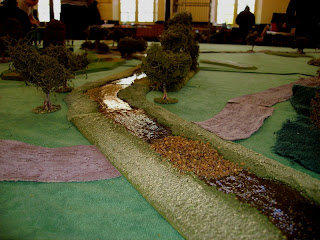 Both forces split into two wings and advanced... 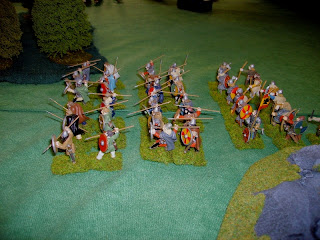 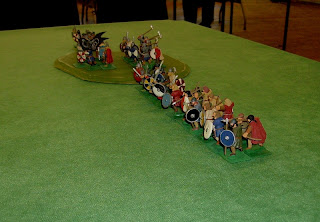 Einars forces, with nothing to gain from an attack, remained behind the stream and positioned themselves on 2 small hills to await Gunnars attack. 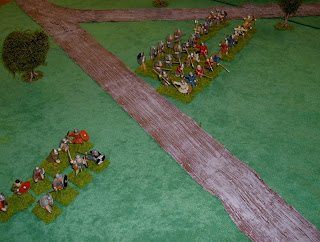 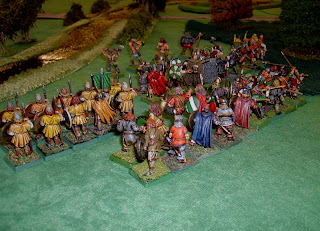 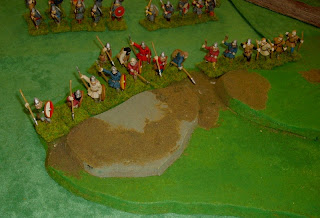 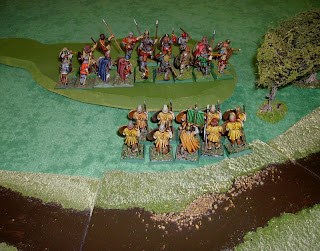 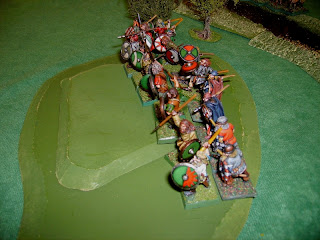 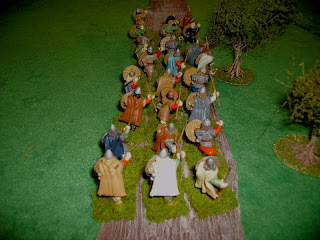 Gunnar himself remained in the centre between the two wings, supperted by six archers. 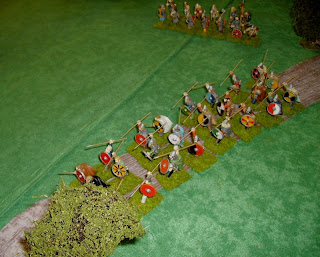 The archers attached to both sides began a long range arrow fight, and despite the wind being against them, the greater number of Gunnars archers began to tell. In time all Einars archers on the hill were dead,but not before their courageous stand  caused two fatalities and several injuries on their advancing enemies. 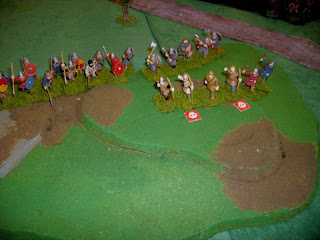 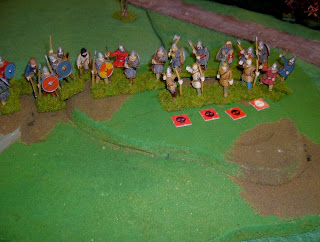 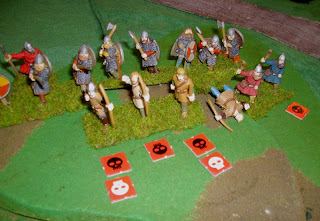 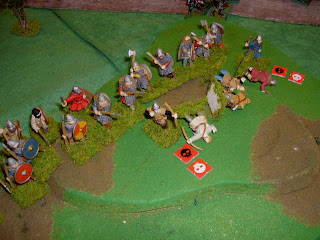 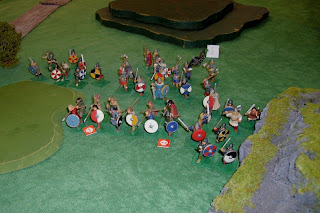 Another small party of Einars archers belatedly advanced to shoot from behind cover on the stream edge, but had little effect before they were charged and scattered by Gunnars men charging across the ford. 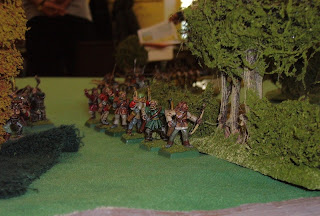 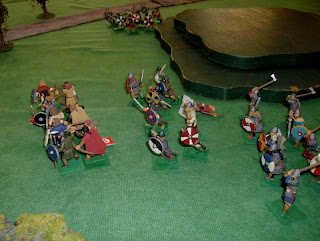 On the left - Gunnars spearmen had followed a track to the second ford, some of Einars men moving to guard the ford rapidly falling back to their hill rather than face this overwhelming force. They began to form a line facing their threatened flank. 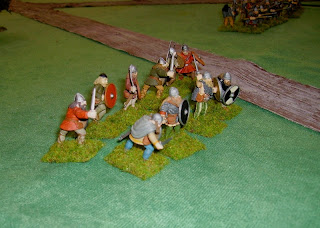 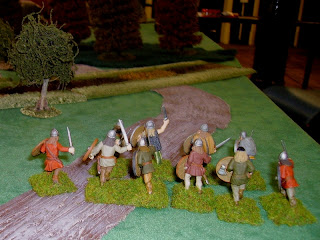 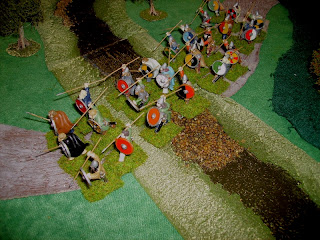 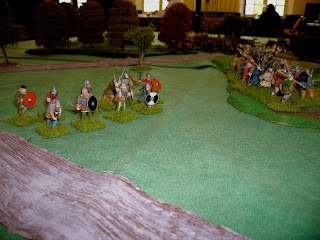 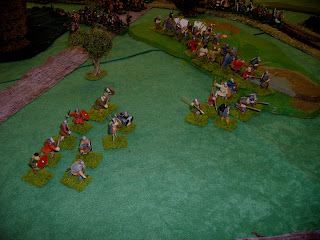 The spearmen crossed the stream ford and spread out to attack the hill facing them in concert with some swordsmen on their right. 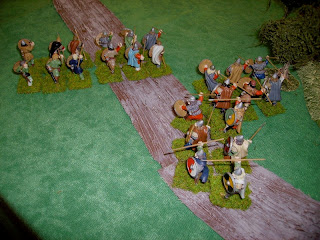 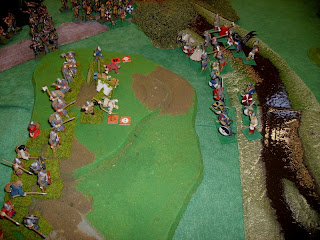 At this point Einars troops began to counterattack - on the left a group of spearmen on the second hill moved down to attach Gunnars right wing crossing the ford, though they had to suffer shooting from Gunnars Javelinmen and archers 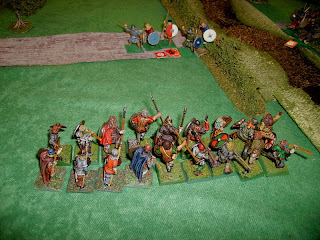 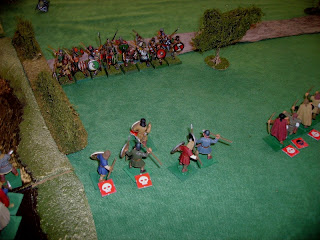 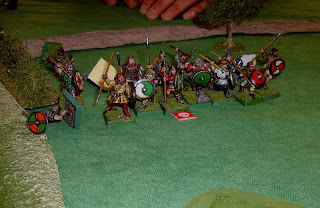 In the centre, Einars mercenary saxon spearmen attacked the Viking swordsmen who had attacked their archers, this fight mushroomed as more troops joined in. 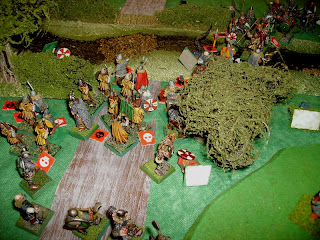 The spearmen Gunnar had sent round via the second ford now attacked Einars men on the hill, killing one on contact, but Einars men rapidly reformed their line and began to resist. 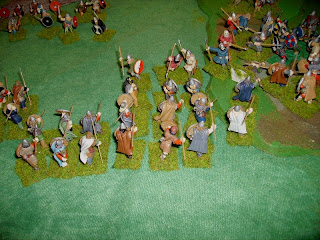 Sadly, the sun began to set before any more progress could be made. Einar, leading from the rear, managed to slip away again. Though he had lost a few more men than Gunnars force, he was holding his own and managed to withdraw safely into the autumn gloom... 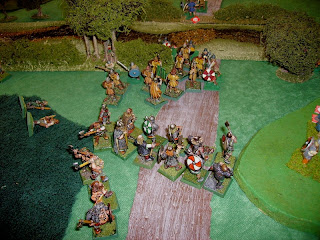