It was a day when Lawrence and myself had to make fun for ourselves at the club as Ian was off carousing with friends and family!
Nothing deterred we decided to have a short day and do a bit more on our 1917 WofW campaign.
The first game the system generated was quite a large one for just the two of us, we deployed 3 Sopwith Camels and a single Nieuport 17 against 3 Albatross DVs and a Fokker DR1.
Apart from the 2 camels we were flying we let the solo system fly the rest.
Both sides flew against each other head on and in a confused and twisting furball both Lawrence and me managed to bag a Hun Albatross, for the loss of our wingman in a Camel. 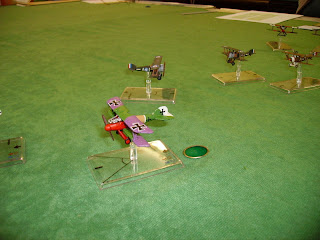 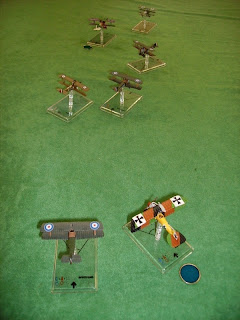 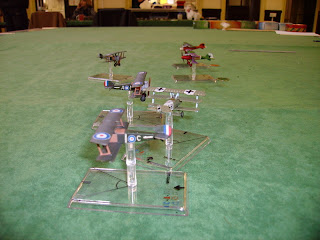 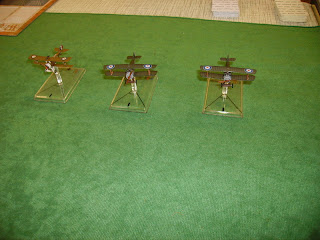 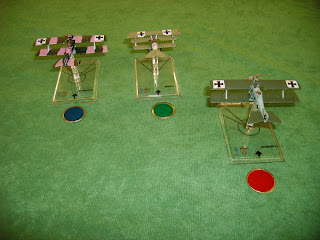 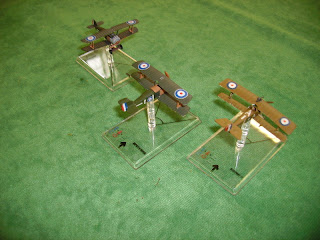 We tried breaking up the Rolands and picking on one but ended up getting shot from all sides. My plane took severe damage at this time from the Rolands rear gunners. 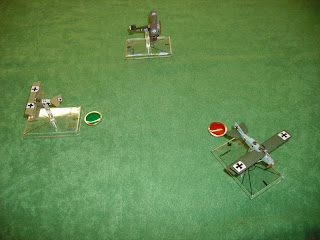 The Nieuport tried to swing round the battle to our left but soon started sparring with the DR1, the manoeuvrability of both planes prevented much damage beyond a couple of long range hits each. 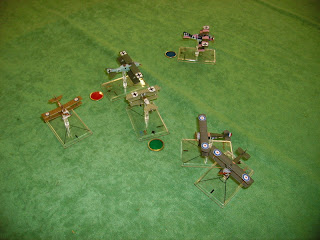 At this point  the Rolands as if on a signal broke to engage the Nieuport and hammering away with their forward guns soon sent it crashing to the ground. 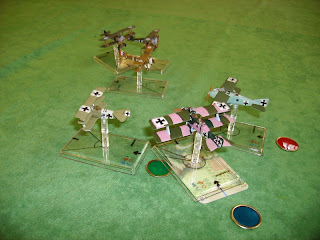 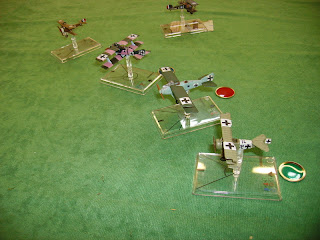 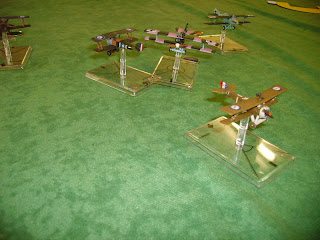 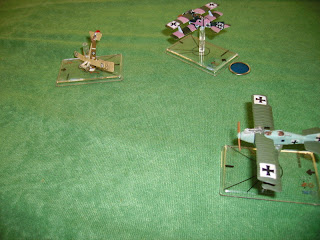 The Boche then turned to engage our camels who tried to avenge the loss of their comrade with sheer bravado. 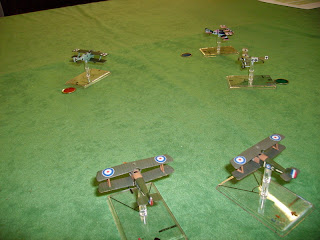 My already battered Camel took more damage and things were looking distinctly sticky until I managed to evade the pursuing DR1 and escape. 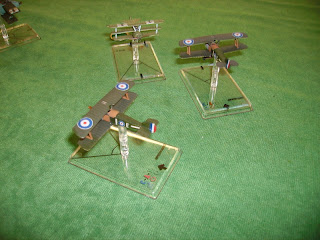 Lawrence had tried valiantly to down a Roland but after his engine was hit, reducing his speed and manoeuvrability he to gladly took cover in the clouds. 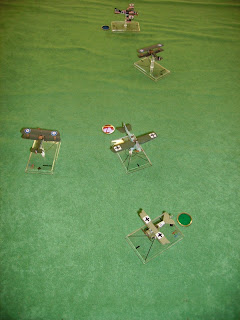 .....  A well handled 2-seater proved to be more than a match for a single scout.
Ha! – just wait till the forthcoming SE5a models come out Red Baron – We’ll have you then!