Another roll with the fates!

Today, we had a rematch after last week's debacle, with Phil using the Russians again against my Prussians.

I had written a new army list for Phil, as he wanted to use the Corps of Observation in it.

Despite the list giving the Russians an advantage in light horse, the Prussians got the initiative, so again the Russians had to deploy first, but in their choice of side. 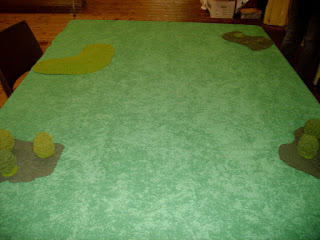 I deployed a weak left wing today, as I intended to refuse the flank. 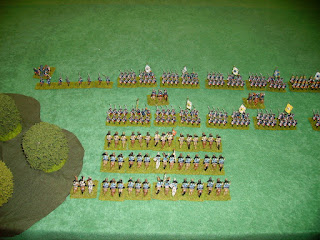 My right, with the advantage of having the flank sector. 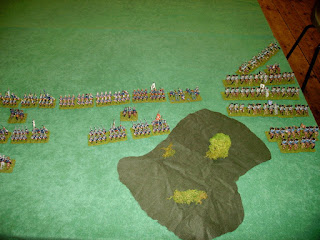 Phil deployed on the hill, with his strong left wing cavalry behind. 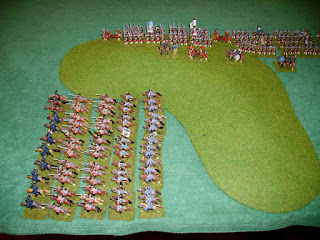 His right, including the corps of Observation screened by converged grenadiers! 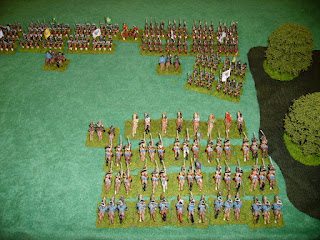 An overview of the lines. 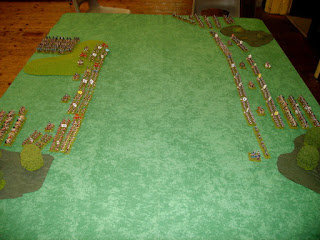 My command and control was good today, I only had one Incompetent. Even he managed to get the Prussian line advancing. 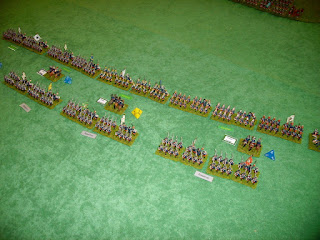 My left was less active, forcing the cavalry to filter through the wood to deploy. 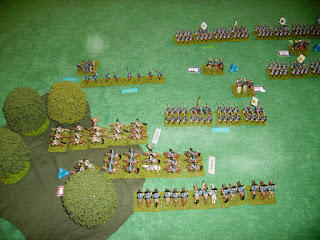 Phil advanced his line off the hill, leaving a heavy gun behind... 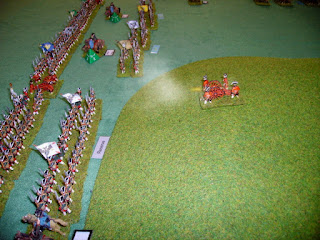 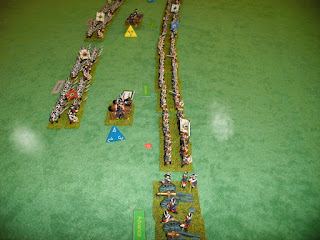 As my Hussars advanced, the Russians got most of their horse out to face them. 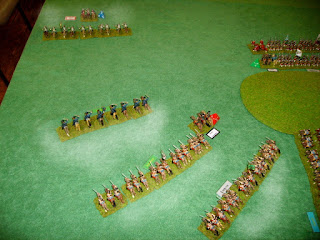 His right was slow, only the Kalmyks moving out through the woods. 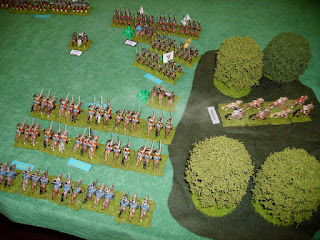 My HR1 engaged the Serbsky Hussars. 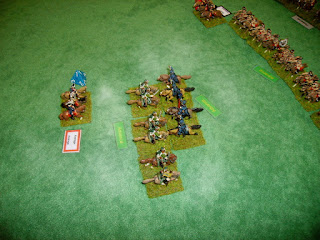 The Prussians outnumbered them, but the Russians won!, my Hussars retreated. 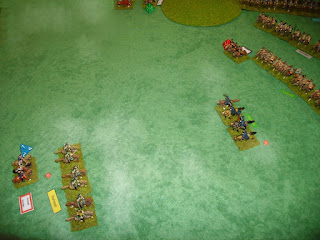 My infantry got the best of the first round of Musketry. 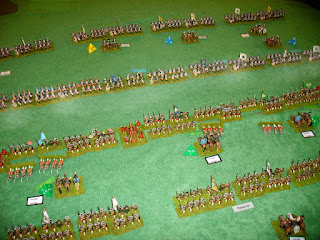 My Grenadiers on the right in particular. 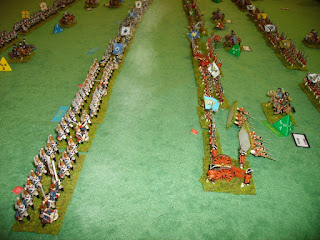 I tried a charge, but the Russians held, casing heavy losses on one of my battalions. 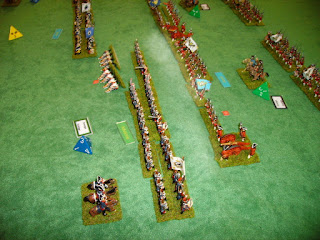 My Grenadiers stormed the gun, but despite beating the Russians facing them, the Russians just retreated. (What does it take to rout them!!!) 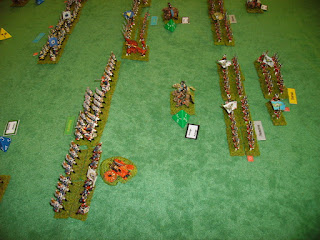 The second line of Russians were able to counter my Grenadiers. 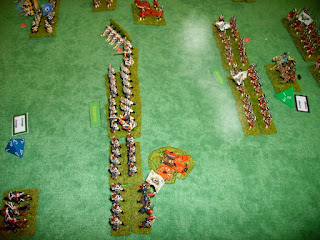 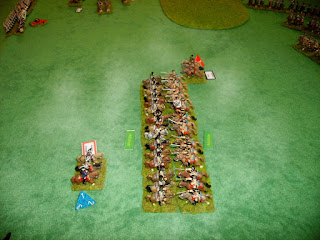 ...and beat them heavily. But the Russians again threw high on their morale, and only retreated. 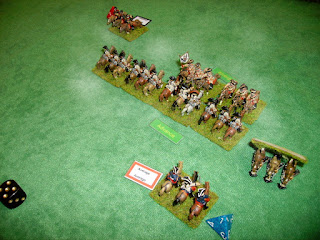 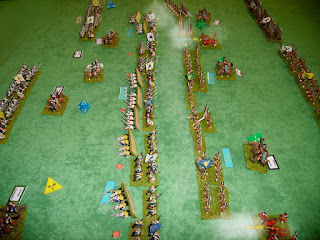 The key point occurred when my overlapped left was hit by two Russian Grenadier battalions, and routed. I threw three 1's in succession and my front line collapsed like a bag of overripe fruit! 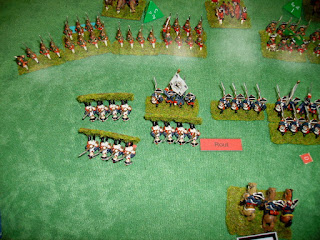 You can see them fleeing in the background!
As an aside, the Kalmyks skirmished with my Frei Korps! 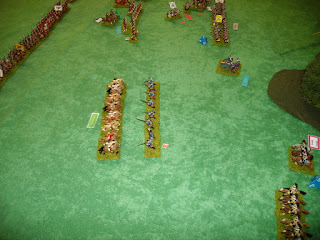 So, with my front line hung up or routing, I called it a day!
Again I was Kyboshed by the dice!
Posted by Herkybird at 17:13