Chain of Command try out

Today, Lawrence hosted a game of the Too Fat Lardies Chain of Command rules for Phil and me.

I have done some pics from the game, and will try to give a summation of it.

The scenario was a German platoon attacking a hastily prepared defensive position held by a platoon of French. 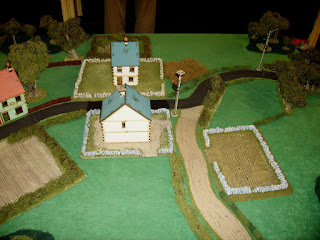 As usual, Lawrence had a lovely terrain set up! 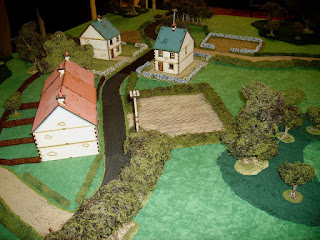 As attacker, I placed my patrol markers first 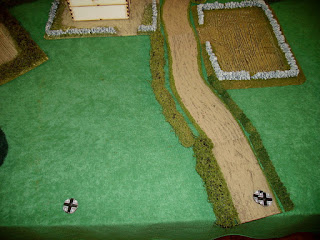 The French (Yes, those are British counters!) deployed further in on the village outskirts. 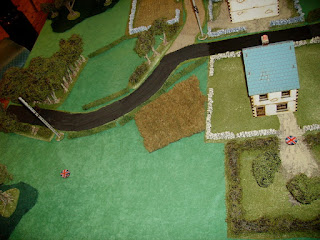 I moved my patrol markers as fast as possible to gain as much deployment area as possible. 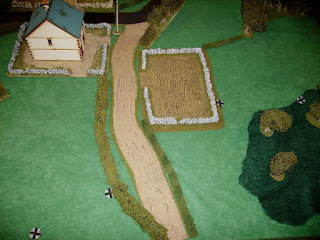 We finally 'Locked' all our markers, and replaced them with deployment markers. 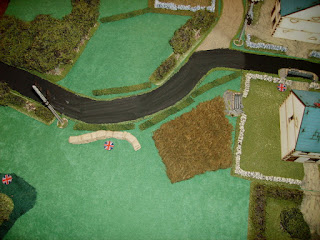 The French held the road and some houses, a strong position. 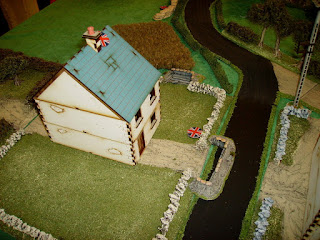 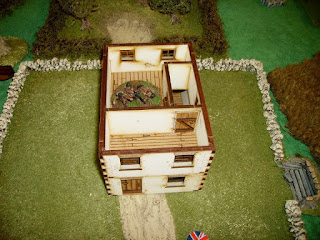 and a sniper covering the flank of my proposed line of advance. 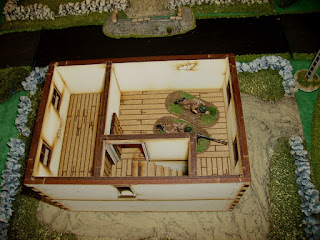 I managed to get 2 sections on table. 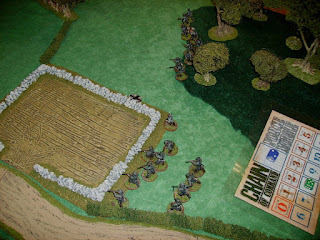 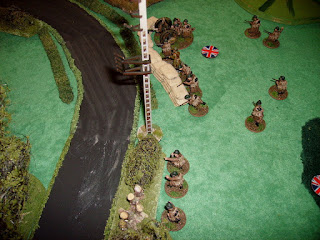 They also had a 75mm field gun! 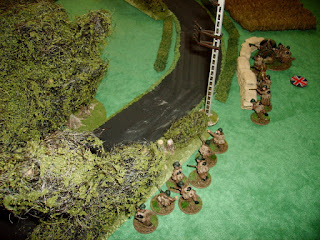 I got my other 2 sections on table, together with a junior and a senior officer. 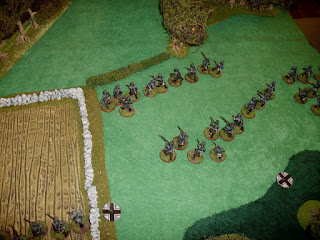 Unfortunately, my men started to come under heavy french fire... 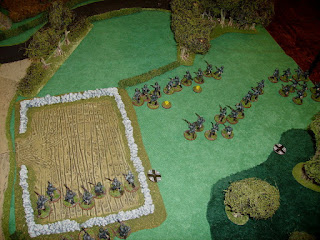 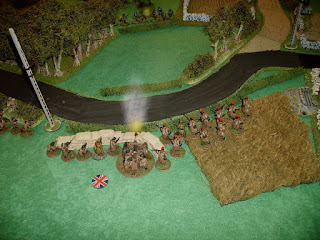 I did get some fire back, but my right wing sections failed to make much headway. 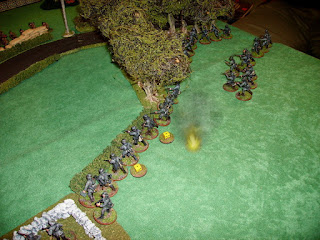 Phil threw a double 6, and got to go immediately after his previous turn. 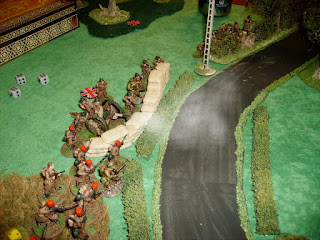 My shredded line began to fail, my LMG team broke and ran. 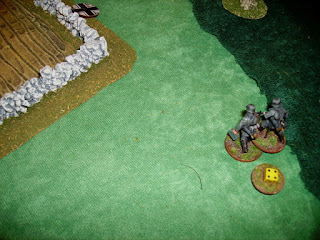 My 2 left hand sections were pinned - and were taking casualties. 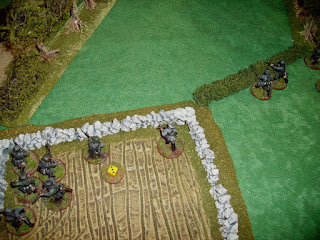 I therefore had no option but to order a retreat.

I personally found the game to have some interesting concepts, but it seemed overly complex to me. I think I will stick to 'What a Tanker' - a much simpler and fun Lardies game!

I know a lot of people like this game, and hope they continue to enjoy it, I just didn't find it 'My cup of Tea'!
Posted by Herkybird at 17:03