Last game before the summer break

Sadly, today was the last club day till September, as we break for August. Some will be at the excellent Claymore show next week, and we will all be at the Border Reiver show in Gateshead on 1st September. Despite the horrible yellow light in the hall, I will be taking pictures!

Still, enough of the future, today we played Sails of Glory, as Lawrence was back!

The game was between 3 74 gun ships on either side, we used the Royal Navy, the French used my solo system. 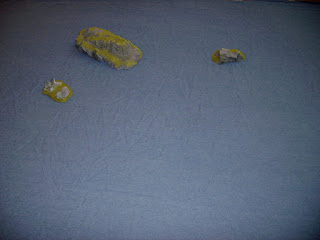 Phil, once again dicing to be our commander!- put himself in the lead, in HMS Goliath, following was Lawrence with HMS Superb, and me following with HMS Spartiate. 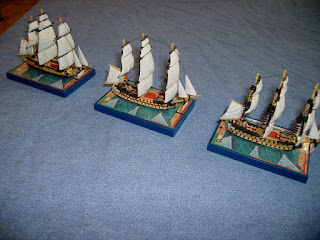 The French (Le Swiftsure,Genereux and Le Berwick)  gained the wind advantage - how would they use it? 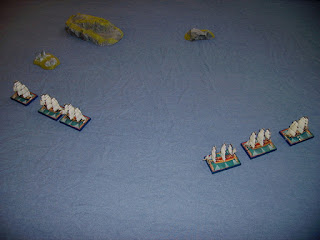 My Spartiate was a tad slower than my squadron mates. 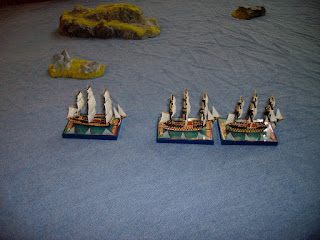 As Goliath closed with Le Swiftsure, both sides saved their cannon fire till they could get a full broadside in, and instead exchanged musketry. The French were better! 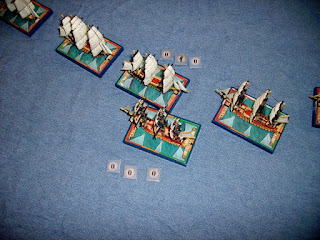 The next move, I was the only one not engaged. Poor HMS Superb was sandwiched between Le Swiftsure and Le Berwick. 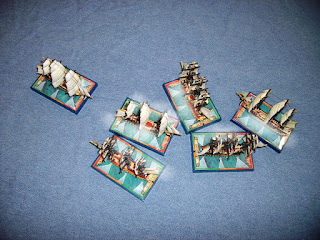 The damage was amazing - HMS Superb, surprisingly, not coming off worst. 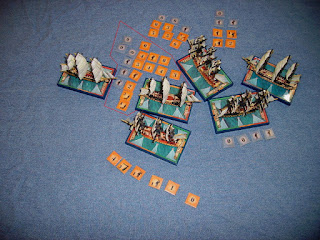 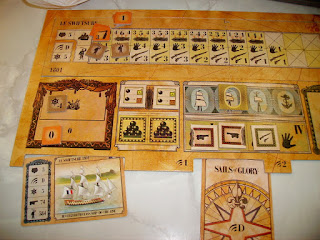 Le Berwick was almost stripped of her crew. 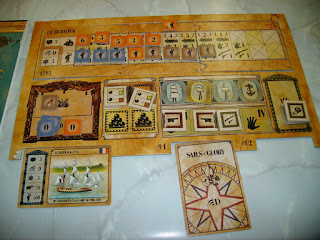 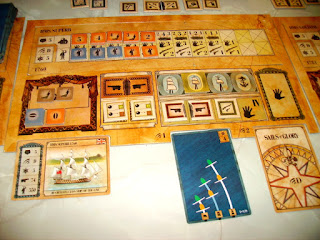 HMS Goliath had lost some crew, but was otherwise ok. 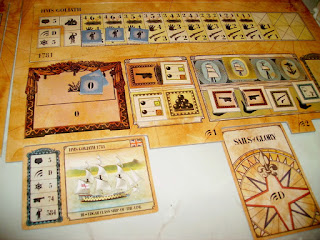 My HMS Spartiate was next into action... 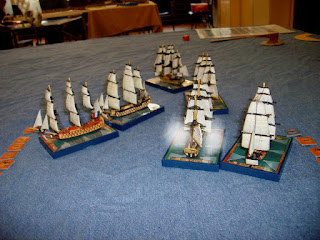 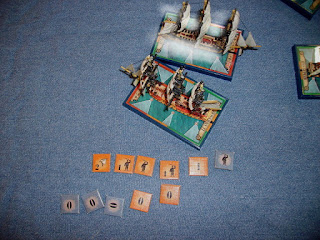 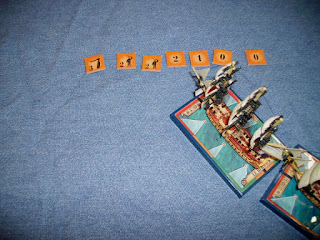 Le Berwick was afire and sinking. 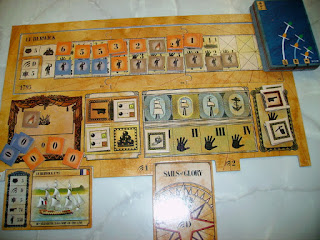 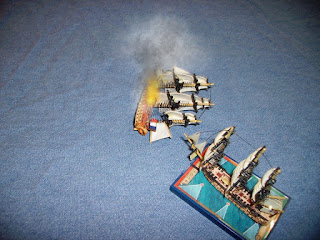 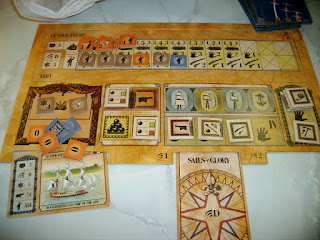 HMS Spartiate was as yet untouched! 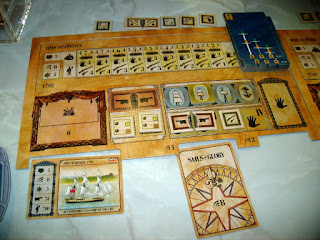 Genereux soon changed that! - though HMS Goliath stern raked Genereux for her trouble! 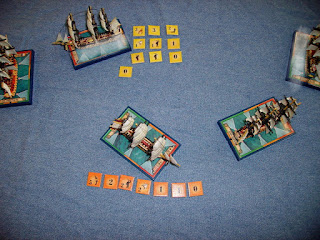 HMS Goliath positioned herself to exchange fire with Le Swiftsure. 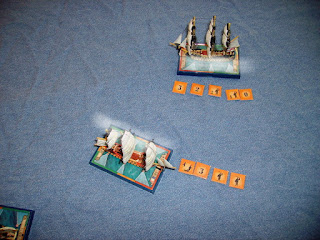 I managed to get HMS Spartiate into a bow raking position, and fired at the forlorn Le Swiftsure! 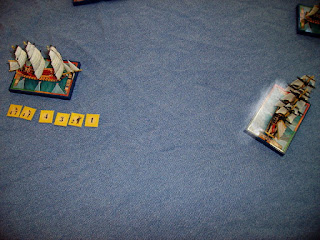 With her crew gone, and an uncontrollable leak, she was doomed. 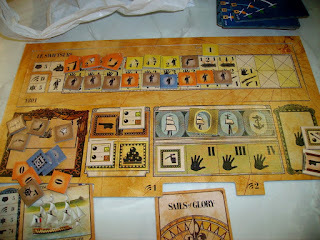 Le Genereux left the battle, and made her escape. 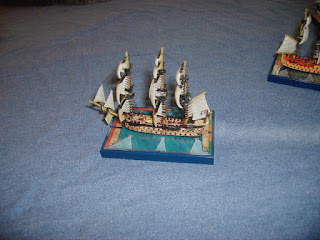 Damaged as she was, Le Genereux  could not face us alone. 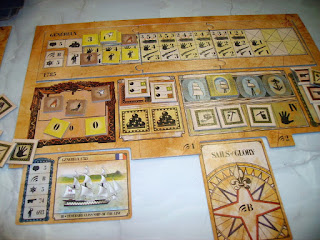 A Victory for the Royal Navy!.

I was too tired to carry on, but Lawrence and Phil had a couple of Frigate head to heads, and the RN under Lawrence were again victorious...well, one was rather easy as Phil managed to ram an island!

Good to play this great game again, its been a while!
Posted by Herkybird at 18:02