Today, I got my newly finished 'Star Wars: Rebels' out for an airing! I think the episode 'The Protector of Concord Dawn' is one of my favourites! - so I was tempted to see if X-Wing would allow me to change the result of the space battle?
PS: (In the following report, I have added stills from the episode)

The scenario is that the Rebel fleet is trying to find a safe hyperspace route to a supply base which doesn't pass through Imperial space.
Sabine Wren, herself a Mandalorian, suggests going via Concord Dawn, a Mandalorian colony, which is independent despite Mandalor itself being occupied by the Empire.
Rather than going in force, the Rebels try a diplomatic solution, to try and get the fierce Mandalorians as allies, so 5 A-Wings of Phoenix squadron are dispatched under the command of Hera Syndulla, accompanied by Sabine Wren. 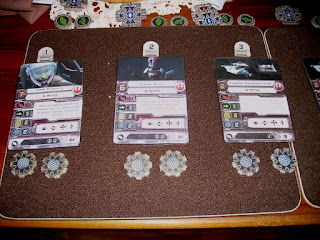 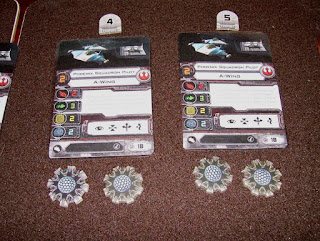 Hera: 'So, that's Concord Dawn, sure looks like it's been through a war.'

Sabine: 'This system has endured more than a hundred wars, My people don't need a reason to pick a fight.' 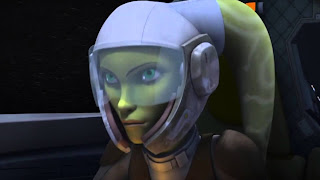 Phoenix Squadron, we have visitors....
...Everybody, stay sharp. 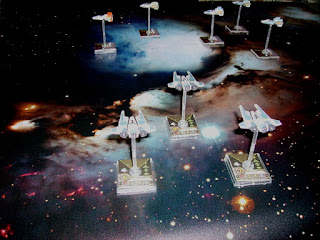 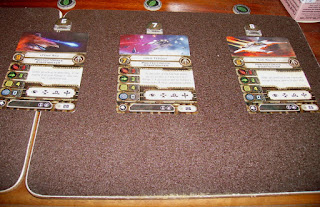 Fenn: Attention, unregistered ships, This is Fenn Rau, Protector of Concord Dawn... You are trespassing, Identify yourselves.
(The protectors set themselves up with Fenn Rau leading, and the other 2 at the formations rear) 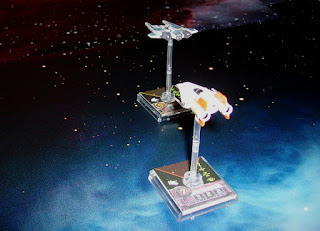 Hera: - We come in peace, Protector.
Fenn: - Peace? That's not a word I hear often... State your mission.
Hera: We request safe passage through your system.
Fenn: Well, that depends, Who is asking? 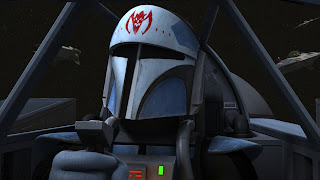 Hera: Those who would stand with Concord Dawn against the Empire.
Fenn: So, you're the rebels I've heard about. How unfortunate for you.
Hera:You haven't heard what we have to say.
Fenn: I don't need to. Out here, I act in the name of the Empire.

(Fenn's ship slams on the brakes and falls back alongside the other Mandalorians.) 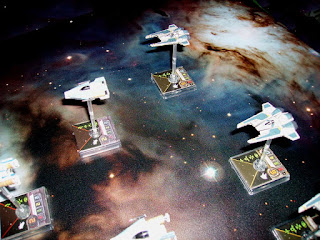 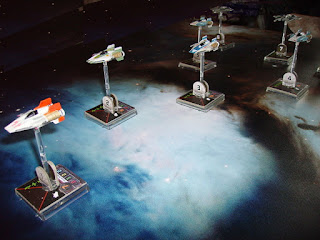 The game starts with the Rebels using no defence dice, as the attack is unexpected, the Mandalorians getting a target lock automatically. 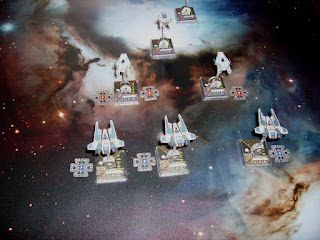 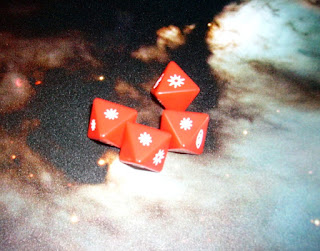 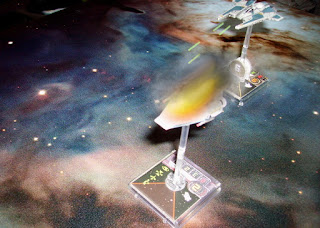 Sabine: I'm hit! Hera, what do we do? What do we do? --I don't think they're interested in talking, Hera.
Hera: Phoenix Squadron, take evasive action, Spectre-5, Phoenix-2, get out of here.
Phoenix-2: There's too much fire, I can't get an opening.
Sabine: He's right, If we attempt to jump, we'll be cut to pieces.
Hera: Go to heading 257, I'll get your opening. 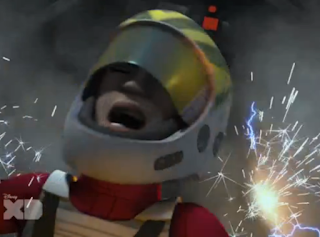 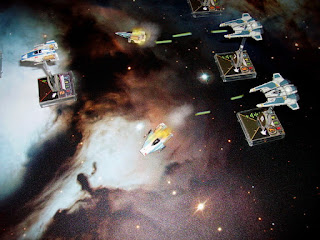 Phoenix-2 races away under fire, but evades it, Hera and Sabine Koiogran turn to face the pursuing Protectors. 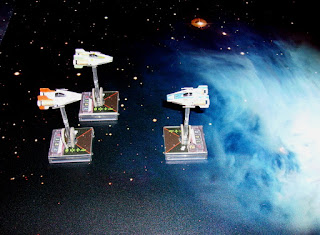 Fenn breaks right - the others left, apparently anticipating our move. 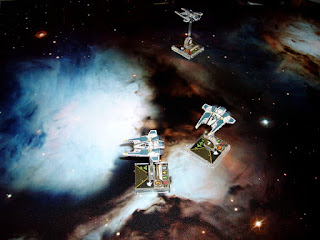 Phoenix -2 turns also, but the Mandalorian blasts one of his shields away, taking no damage himself. 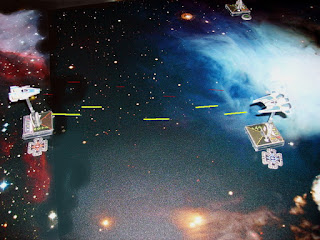 Hera and Sabine both fire at 'Old Tolloch', who strips Hera's evade token. 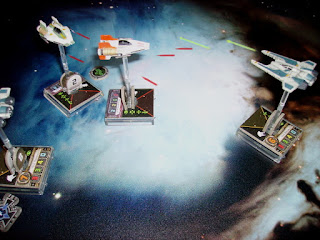 Hera is blasted, a final critical hit is enough... 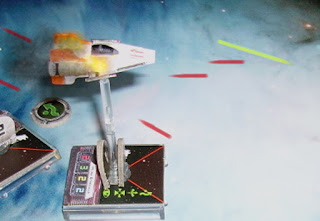 As in the episode, Hera allows Sabine and Phoenix-2 to escape.
Back at the Rebel fleet, Hera joins the remains of the flight, somehow having managed to hit her Hyperdrive....

Kanan: Sabine, what happened? We picked up a distress call.
Sabine: Kanan, we didn't have a chance, These Mandalorians work for the Empire, too. 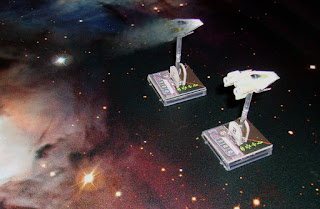 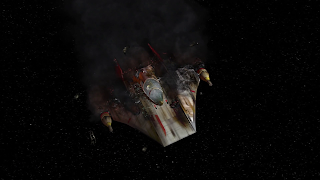 (Back in the medical frigate...)

Sabine: How is she? - Her vital signs have stabilized.
Medical droid: She is going to make it, But she requires rest.
Sabine: This is my fault, I shouldn't have left her.

Sabine: I'm so sorry, Hera, They're going to answer for this. 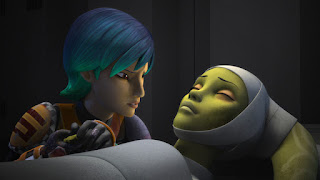 Quite amazingly, the scenario played out almost blow for blow with the TV version! Either X-Wing is very good, or the writers of the show must play it!
Saying this though, my Hera (everything else was run solo!) - didn't get to kill a protector,----- next time I will!

If you haven't seen Rebels, its well worth a watch!